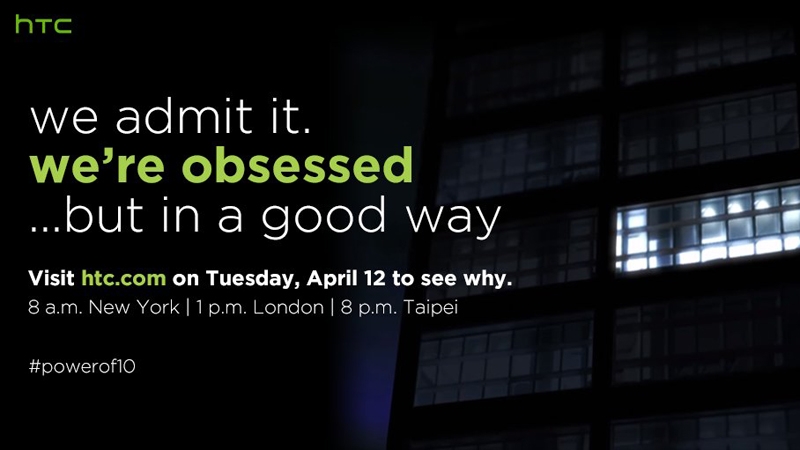 Today (12 April) HTC will unveil successor to the HTC One M9, the brand-new HTC 10. Join us live as we bring you real-time announcements from the HTC 10 launch. HTC 10 live blog. Also see: HTC 10 UK release date, price, features and specification rumours: What to expect from HTC 10,  HTC 10 hands-on review and HTC 10 vs Samsung Galaxy S7 vs LG G5.

The HTC 10 is somewhat late to the new Android phones party in 2016, and the LG G5, Samsung Galaxy S7 and S7 edge will all be on sale by the time it unveils its next flagship. But that hasn’t stopped HTC building hype around its upcoming phone, with a barrage of marketing centering around #powerof10.

How to watch HTC 10 launch live stream: When is the HTC 10 coming out?

HTC has sent out invites to its online-only HTC 10 launch, which will take place on Tuesday 12 April at 1pm (UK time) at htc.com. This is where the HTC 10 will be unveiled; we expect it to go up for pre-order within the next couple of weeks and hopefully be on sale by the end of the month.

How to watch HTC 10 launch live: What to expect from the HTC 10

We’ve rounded up all the rumours about the upcoming HTC 10 in our separate article HTC 10 UK release date, price, new feature and specification rumours, but we’ll provide an overview of what may be to come here.

You’ll notice that throughout this article we’ve referred to the next HTC flagship as the HTC 10. However, it is successor to the original HTC One (M7), the HTC One M8 and the HTC One M9. It could well be called the HTC One M10, but we’ll have to wait and see.

Hopefully HTC is going to pull something really exciting out the bag with the HTC 10, because although the HTC One M9 was a good phone, it struggled to compete with its rivals and was just too similar to the HTC One M8. The rumour mill suggests it will.

The HTC 10 is expected to run Android 6.0.1 Marshmallow with HTC Sense 8 on a 5.2in Qud-HD Super LCD 5 screen. Available in Topaz Gold, Glacier Silver and Carbon Grey it will pack a Qualcomm Snapdragon 820 processor with Adreno 530 graphics, 4GB of RAM and 32GB of storage with expansion possible through microSD. According to an HTC spokesperson it will have a “very, very compelling camera experience”, which is likely to focus on a 12Mp camera with laser-assisted autofocus and OIS. The battery will be generous at 3,000mAh, and a fingerprint scanner will be built into the Home button. Rumour has it the front-facing BoomSound stereo speakers may be off the table.