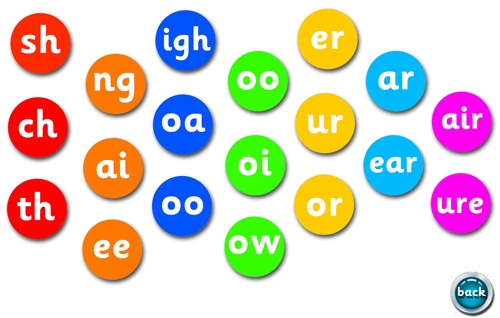 What are the best apps for learning to read and write, phonics, and spelling? We review the best reading and writing apps for iPhone, iPad and Android devices.

We’ve selected a bunch of the best early-learning English apps that teach reading, writing, the alphabet, words, spelling and phonics. This article focuses on the best phonics apps.

Nothing beats sitting down with your child and reading a book, showing them how words are spelt, and helping them read and write. This personal time shouldn’t be abandoned in favour of shoving an iPad in a kid’s hands and letting them get on with it.

Apps are a great help but should be a part of your child’s learning and not the majority of it. Sermon over! First we start with our favourite phonics apps, then we look at the best spelling apps.

Phonics is how most children learn to read these days, and it’s a brilliant system that initially ignores tricky spellings to get the basics right early.

Phonics is a method for teaching reading and writing the English language by sounding out letter sounds rather than focusing on strict spellings and learning by rote. Kids beginning to read decode new written words by sounding them out, or in phonics terms, blending the sound-spelling patterns.

If you weren’t taught to read using phonics then the first thing you need to do as a parent is learn how phonics works yourself. You’re no use to the child if you don’t understand and master it first.

Mr Thorne is a UK primary school teacher who has made a bunch of apps for English and Maths – see Best Maths Apps for Kids.

He also has a collection of videos on his website that are worth checking out. 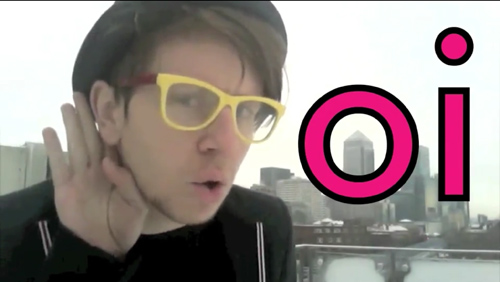 Mr Thorne’s Letters and Sounds is an app that is a series of videos that is much a help to the parent new to phonics as their child.

The videos include Alphabet Sounds, Digraphs and Trigraphs, and Tricky Words.

Digraphs and Trigraphs, you frown. They sounds like Tricky Words before we’ve even started! Yes, not only do you need to learn how phonics works and how all those letters are sounded but you need to increase your English grammar vocabulary. A Digraph is a pair of letters combined to write one phoneme (a distinct sound) – for example “ch”, “sh”, “oo” and “oi”. A Trigraph combines three letters to make one sound – eg. “ear”, “igh” and “ure”.

Tricky words includes words that don’t sound like they are spelt – eg. “are”, “their” and “people”. High Frequency words are grouped into increasingly more complex sounds.

The child (or parent!) hears Mr Thorne read the word sounds and then has a chance to try for themselves. This is also a good chance for the child to learn now to use the Pause button!

At the end there are 12 challenges to try out your, I mean the child’s phonics knowledge.

Mr Thorne’s Letters and Sounds is recommended not just for kids but for parents, as teh videos teach the phonics basics clearly and with a light touch.

Because it’s based around videos the app does take up nearly 500MB of space on your iPad, but you can always delete it and re-download when you want it available for use.

Pocket Phonics from Apps in My Pocket combines learning letter sounds with letter writing – so you get two for the price of one.

It’s a simple app with nice cheering and clapping when the task is completed correctly. You follow an arrow along a path to write out the letters. Kids can learn to write in lowercase and uppercase, and even cursive.

There is a Lite version if you want to try it out for free before ponying up for the full version. The Lite version includes the six letters: s, a, t, p, i and n. You could save yourself £1.99 and just stick with the Lite version but your child will be restricted to words such as “sit”, “pins” and “taps”. We say £1.99 for the other 20 letters is probably worth investing in. 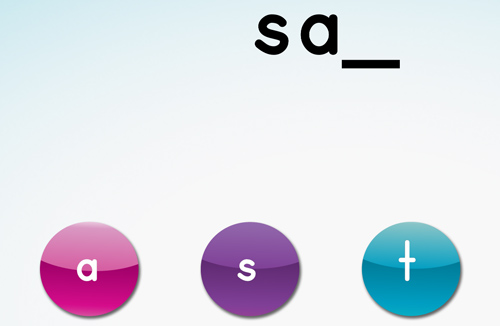 The full version allows parents and teachers to track online a child’s progress using the app. Scores and ratings are updated after play.

Pocket Phonics is used by UK schools so you know it’s teacher approved, and it’s a great introduction to phonics and letter writing.

Teachers can set Pocket Phonics for all the class and each pupil’s progress can be individually tracked. This really sets the app apart as being the most teacher-friendly phonics app available. And it’s equally good for parents. 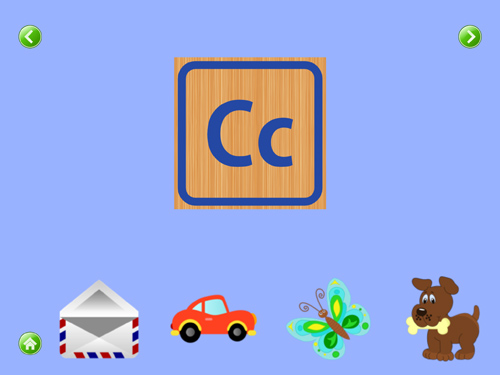 In Pop Letter Bubbles letter-filled bubbles float onscreen as children try to pop them. It’s a more rapid-fire activity to test kids and make the app more fun at the same time.

Kids ABC Phonics is a great mixture of phonics activities to keep kids interested while they learn.

Emmy Chen is a software-engineering mother who is an even more prolific app developer than Mr Thorne, with over 90 apps for AbiTalk.

She has a raft of phonics apps, some on Android as well as iPad and iPhone.

Phonics Vowels helps children learn phonics vowel sounds, and letter combinations. It teaches each word’s phonics spelling, beginning sound, word family phonics, short vowel sound, and images with animations and interactions for each word. After the phonics spelling there’s a matching game, and kids can review what they learned previously.

You can flip between lower and upper case, and set up for multiple users. 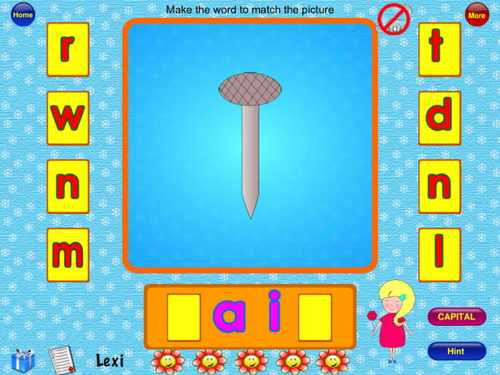 For kids just starting out on phonics this app jumps in rather too quickly, and seems to skip the basics that are better introduced in Mr Thorne or Pocket Phonics.

It might make a nice follow up to those apps, to keep your child from getting bored with the same old apps (kids love new apps!), but it’s not one to begin phonics teaching with despite all its fun graphics.

Other phonics apps from AbiTalk include the 69p Phonics Silly Sentences 1, which also works on Android. Through the use of flash cards, matching, games, and silly sentences, kids practice distinguishing between the different vowel sounds. The app builds reading skills and give your children opportunities to decode words, phrases, and sentences.

There are free versions of most of the AbiTalk apps so you can try them out before investing in the full versions.

Phonics Genius by Alligator Apps isn’t as playful as most of the apps reviewed here, and looks quite austere in comparison. But it’s free and super comprehensive, and suited to the more experienced phonics learner.

There’s over 6,000 unique words spread over 226 groups of individual and combined letter sounds.

First the negative bits. Some may find the American accent rather annoying, and on occasion the American oddity of pronouncing “t”s as “d”s is annoying, but brilliantly you can record your own voice over the default American one if you so wish. It will take you a while to re-record all the words here, though! 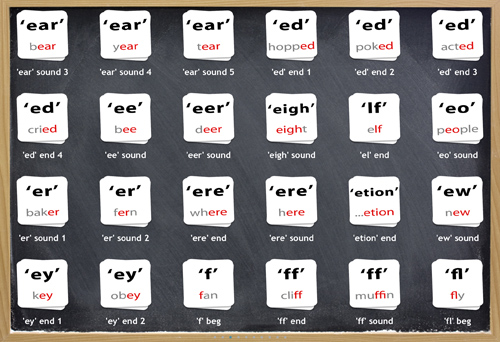 Indeed Phonics Genius is about as customizable as apps get. Aside from re-recording the vocals you can also add your own cards and add and customize lists.

Phonics Genius is not a starter app for phonics beginners, but it is excellent as a follow up. It looks quite grown up and isn’t full of wacky gimmicks or cutesy graphics.

We recommend Phonics Genius as the next step after learning and practicing the basics with Mr Thorne and Pocket Phonics.

Learning spellings, as all adults know, can be one of the most boring things a child can do at school. So thank goodness for that there are smart spelling apps out there, such as Squeebles Spelling Test that at least have a go at making spellings fun.

I love the Squeebles Maths apps – see Best Maths Apps for Kids – and have used the Spelling Test for a couple of years to help my daughter ace all her spelling tests.

Squeebles Spelling Test lets parents input unlimited spelling tests for their kids. These are typed in (either upper or lower case) and then spoken into the microphone for the test itself. Tip: make these audio recordings funny to keep the child’s attention. 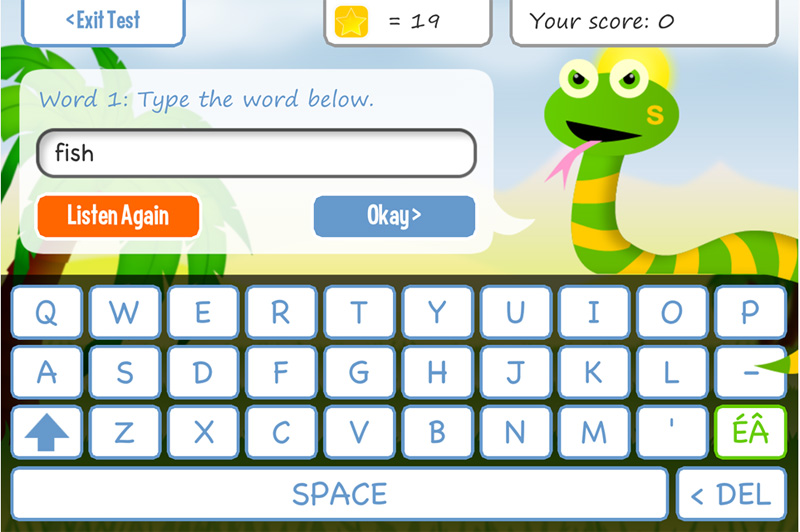 As with the Squeebles maths apps there is a fun reward game within the app called Squeeberang (think boonarangs) where there are 100 squeeberangs to collect and use in the game, each with a different theme and costing a different number of stars. Thankfully, there are no in-app purchases within this app.

Each child can be allowed to either see the word or not, as well as hear it, before being asked to spell it. The child can also be tested on a random selection of words from all tests or on just their tricky words (words they got wrong previously).