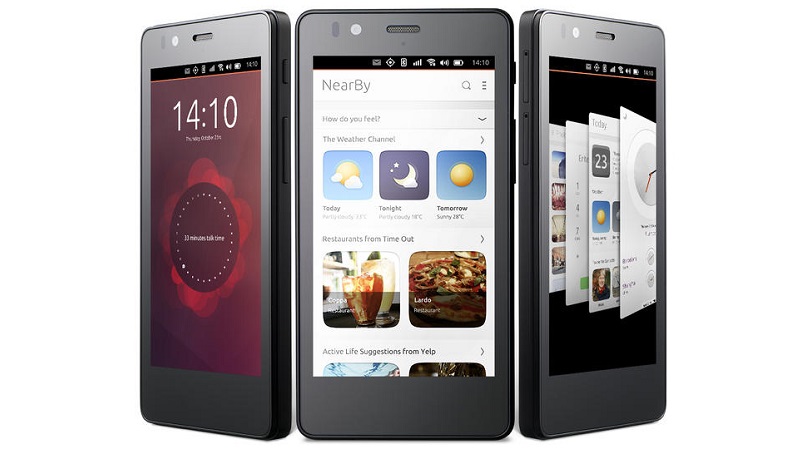 In 2013, Canonical – the company behind Ubuntu – attempted to raise $32m via crowdfunding for its Ubuntu Edge smartphone. It didn’t make it, but the Ubuntu phone still got made after an interminable wait. Now there’s a second, bigger version and here’s everything you need to know about the Ubuntu Aqaris E5 release date, price and specs. See also: Best smartphones.

If you’re brave enough, you can download and install the developer version on certain Android smartphones and tablets .

The first Ubuntu phone finally went on sale in the form of the Aquaris E4.5 Ubuntu Edition and cost €169. The full specifications are below.

On June 10 2015, a second Ubuntu phone was announced: the E5. It’s available to pre-order immediately from the BQ website for €199. 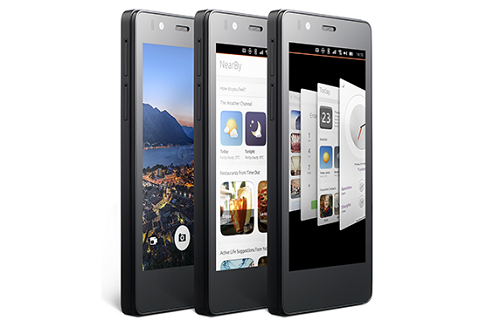 The new phone looks like the old one, but is a bit bigger with a 5in HD screen. It still has dual SIM slots, but is still limited to 3G. The rear camera has been beefed up with a 13Mp sensor.

What is Ubuntu phone?

Canonical arrived late to the smartphone and tablet party, but says this is an advantage since it has seen the success of Android and will be able to build upon it.

Building upon it means producing a mobile operating system that puts the content you like most at your fingertips. Instead of grids of icons, which Canonical says are outdated, apps and content will be prioritised by ‘scopes’. By the looks of it, these are very much like the carousel of recent content that you get on a Kindle Fire tablet.

Plus, when you swipe in from the left, you’ll get a quick launcher full of your favourite apps. And, in a similar minimalist fashion to Windows 8, context-sensitive options are hidden off-screen until you swipe up from the bottom, leaving more room for the apps themselves. This isn’t a success in Windows, as it’s simply confusing, but it might work better on a smaller screen. 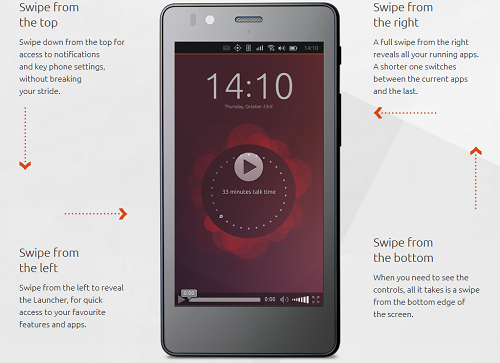 Canonical’s aim is to have the top 50 apps available at launch, including Facebook, Twitter, Dropbox, Evernote and Amazon. Like Firefox OS, which runs on the ZTE Open C, HTML 5 apps are “equal citizens”. That basically means Ubuntu phone will support web apps, so developers shoudn’t need to do much to existing HTML 5 apps to make them work on Ubuntu phones. Native apps, however, will benefit from running faster by using the phone’s processor, GPU and other hardware directly.

One of the big differences between Ubuntu phone and Android, iOS and other mobile operating systems is that it’s designed to work like a desktop OS when connected to a big screen. Instead of mirroring the screen when you plug in an HDMI cable, you’ll dock your phone with a monitor, keyboard and mouse and get a mouse pointer so you can use the OS like Ubuntu on a PC or laptop.

According the Shuttleworth, this makes Ubuntu phone a proper personal computer where Android is not. He also said Ubuntu phone wasn’t aimed at iPhone users, who have an “emotional connection” with the ecosystem.

Here are the specs of the original Ubuntu phone: