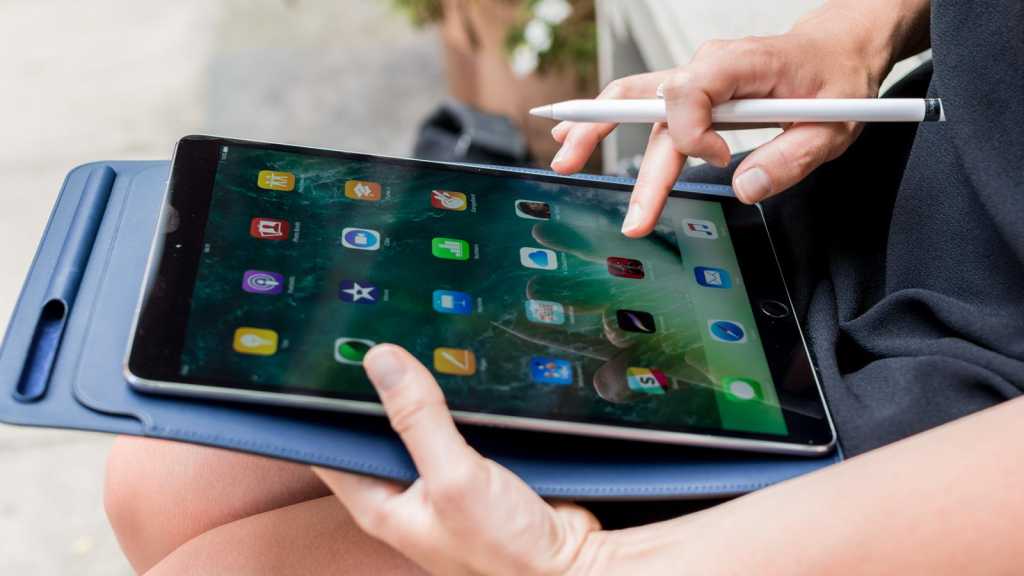 Despite constant requests for a guest mode and the ability to make certain folders or apps off-limits, Apple has repeatedly ignored its users’ pleas in successive iOS updates. It sees iPhones and iPads as individual devices, not shared gadgets, so allows the owner to use a passcode protect everything but not individual apps or folders.

So if you do let your kids or your spouse use your iPad or iPhone but want to prevent them using a particular app or a group of apps, you’ll need a third-party app. Such a feature just isn’t something for which iOS allows. We do wonder if this will change in future, particularly if Apple wants iPad and iPhone to be a serious option in the business world.

First, here is what you can lock on your iPhone and iPad.  It’s possible this may solve the issues you are having if you want to keep the contents of a single folder secret.

How do I lock my iPhone or iPad to a single app?

If you want to allow someone – a child perhaps – to use a specific app on your iOS device, but you don’t want them to access your photos and email, you can lock your iPhone or iPad to a single app.

Go to Settings, General, Accessibility, and select Guided Access. Flip the switch and tap Passcode Settings to create a PIN. Make sure you can remember it! (If you have an iPhone X, you can end a Guided Access session by double-pressing the side button and using Face ID, but only if you enable the Face ID option there.) 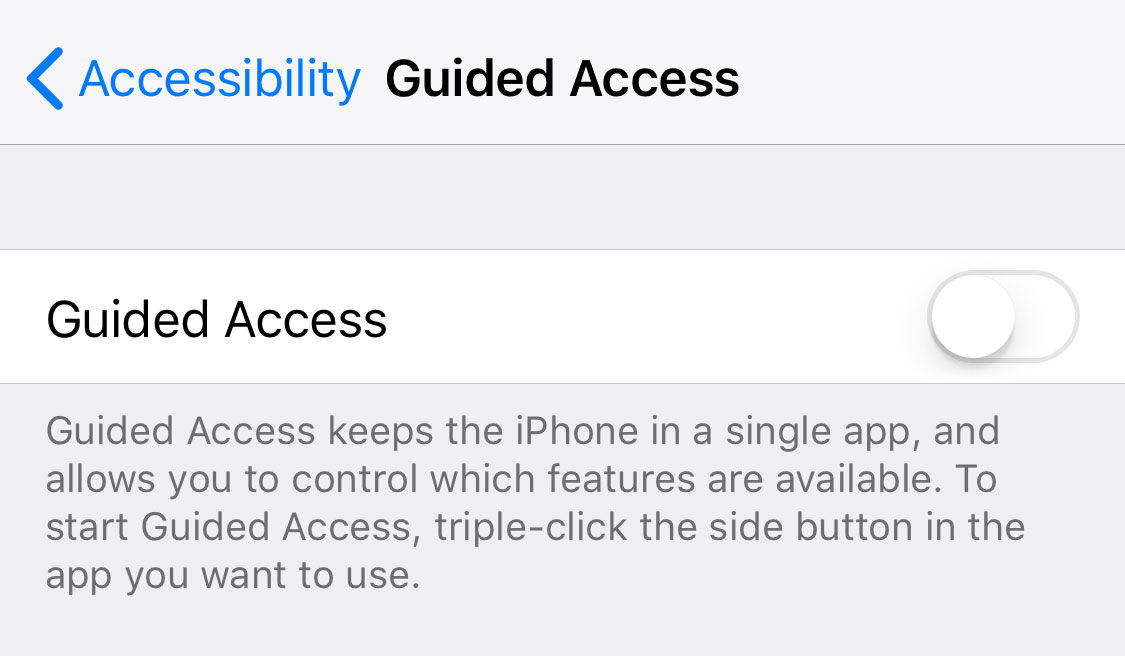 This brings up the Guided Access interface, where you can circle areas of the screen you want to disable (to prevent kids using certain options or clicking on adverts accidentally). Then, tap on Start to start Guided Access mode.

When it’s time to put things back to normal, triple-click the home button (or side button) and enter the passcode you set earlier.

Passcode lock your iPhone and iPad

Incidentally, if you don’t have a passcode at all, you really should as it will prevent anyone who happens upon your iPad or iPad from accessing anything important.

Go to Settings, General, Passcode Lock. You’ll be asked to input a six-digit code. Again, make sure it is one you can remember. You’ll need to use it to unlock your device every time you use it.

How can I lock an app or folder on iPhone or iPad?

Okay, we’re going to assume at this stage that the suggestions above don’t solve your problem, and you still wish to create a password-protected app or folder. For this, you’ll need to download an app.

Before you do, know that there are no apps (at least none we can find) which let you put existing apps into a folder and lock it with a password. It’s simply not possible.

What you can get are apps which require a password to open. They typically let you import (or create) photo and videos, notes, contacts and passwords. Some also include a private web browser. One which is highly rated is Folder Lock. It’s free but you can pay £3.99 if you want extra features. Beware of other ‘free’ apps which charge a subscription fee to use them, such as Secret App Folder. 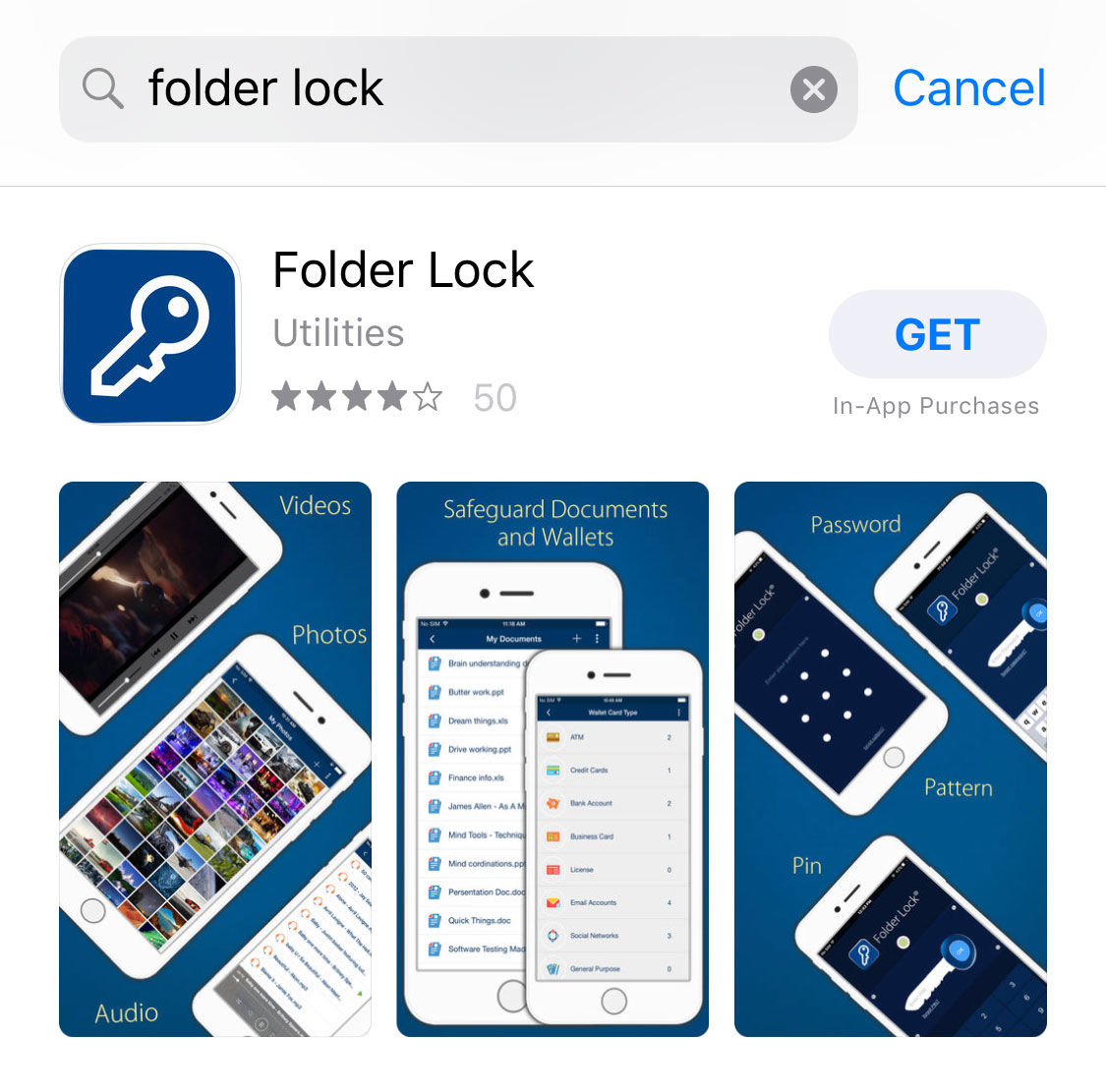 It’s worth noting that saving a photo to these apps doesn’t necessarily mean it gets deleted it from the main Photos app. The same is true of Notes and so on. If you want something to be secret, you need to import or move it to the new app and then delete at source.

If you simply want to keep a note private, then Apple has at least added a password feature to the Notes app (it’s been there since iOS 9.3).

Create your note, then click Done. Now swipe left on it and you’ll see a padlock symbol (above, left). Tap it and enter your chosen password twice and a hint if you’re likely to ever forget it. If you have an iPhone X, you can also use Face ID to make it faster to unlock and view your private notes.