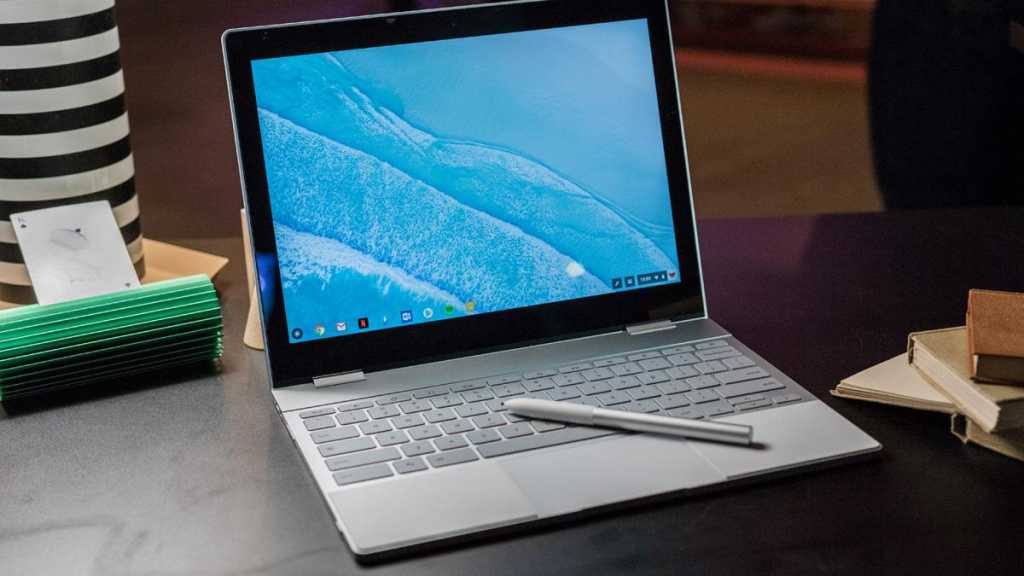 Chromebooks have been steadily growing in popularity over the past few years. The combination of low prices and a simple operating system make them a compelling buy for younger members of the family, or indeed older ones.

But, can a Chromebook actually become the one main computer you use every day and provide better value than a Windows budget laptop? We take a look.

What is a Chromebook?

In case you haven’t come across them before, Chromebooks are laptops that use Google’s ChromeOS instead of Windows or macOS. This makes them very much web-focussed, with the operating system looking and acting almost identically to the Chrome browser you might already be using on your current device.

When they first appeared, there were some serious limitations to their capabilities, but as the web and platform evolved Chromebooks have become far more complete. Now they have multiple apps that work both on and offline, and recently expanded the choice of software available by virtue of the fact that some Chromebooks can also run Android apps.

It’s true that many Chromebooks can be picked up for less than £300 /US$300, which is certainly at the lower end of the Windows alternatives. There’s a good reason for this though, as ChromeOS doesn’t need a lot of power to run.

This means that hardware you’d worry about running Windows 10, can cope very happily on a Chromebook.

The internet-based approach of ChromeOS means a lot of the processing is done on the web-servers rather than locally on the device, and there’s little need for large SSDs or HDs as the majority of data is stored in the cloud. It also makes Chromebooks secure and safe from viruses. 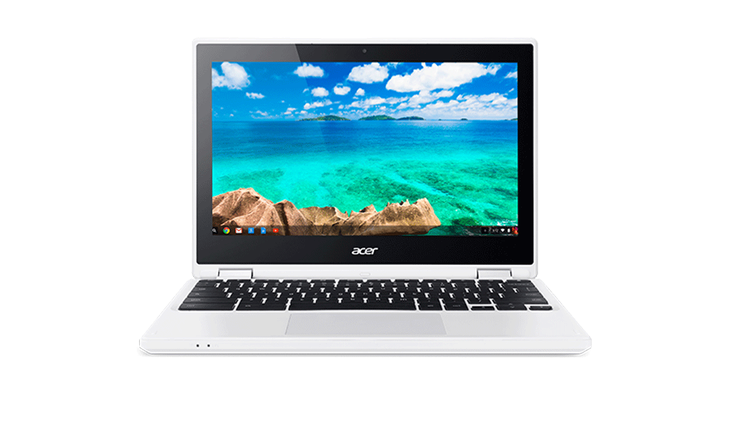 So long as you have a good internet connection most of the time, are happy to embrace the online life, and have a Google account, then even the most basic Chromebook will get most things done.

What if I just prefer to use premium devices?

Those looking for a higher quality of hardware will find some great options now available in the current Chromebook catalogue. Top of the tree is Google’s own Pixelbook, which is beautiful but just too expensive for us to recommend it to anyone short of an ardent ChromeOS fan.

A better balance of quality and price is the Asus C302A Flip which includes a lovely design, touchscreen, and fast performance for just under £500. 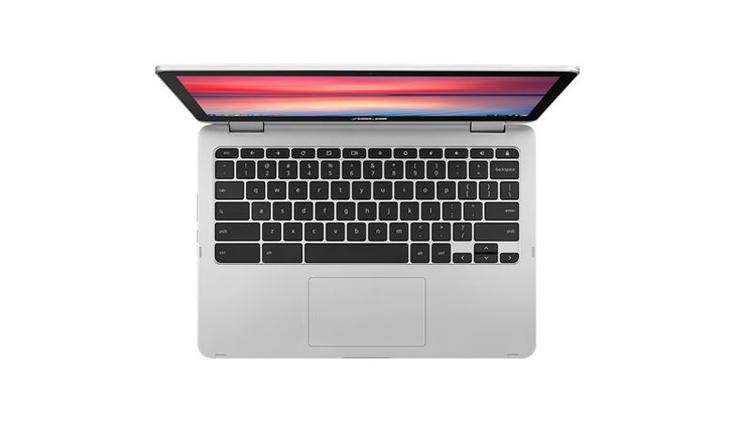 What can I do on a Chromebook?

If you want a device for general duties such as online shopping, emails, social media, writing documents or spreadsheets, streaming Netflix, iPlayer, Spotify or other streaming services, managing your calendar, organising your smartphone pictures, and video chatting, then Chromebooks will serve you well. 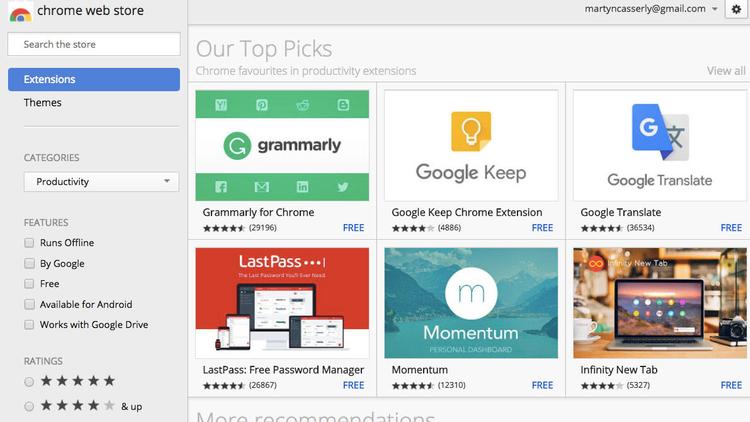 Productivity apps for work include Google’s own suite of Docs, Sheets, and Slides, which can be used offline and all output to MS Office compatible formats. There is also an online version of MS Office as well as the Android apps that can run on newer Chromebooks.

Again, you can use Google Hangouts to call people around the world, or opt for Skype if you go down the Android route once more. One notable exception is Apple’s FaceTime which, much like most other Apple software, remains solely a province of the fruity walled garden.

How can I run Android apps on a Chromebook?

Not all Chromebooks support Android apps, but the list is growing. You can check the  full list on Google’s site which also explains the status on each model.

A Chromebook doesn’t need to have a touchscreen for Android apps but they are – of course – better suited to those which do have touchscreens. Bear in mind, too, that a lot of Android apps are designed for phones and not for a 11-14 inch laptop screen.

Can I use external devices with Chromebooks?

Absolutely. Keyboards, mice, monitors, headphones, webcams, and other devices can be plugged into a Chromebook – so long as it has the relevant port- and work without fuss.

Using an CD or DVD drive with Chromebooks is slightly more complicated, as the device can read certain formats – mp3 and mp4 mainly – but won’t be able to directly play movies or albums off of the disc unless they have been ripped and stored in these formats.

So, shop bought discs won’t play, but if you’ve copied them onto blank CD, DVDs, or Blu-Rays in the right format then they will.

Chromebooks also works with most Bluetooth devices, but you’ll need to double-check that this feature is on the model of laptop you’re intending to buy.

What do Chromebooks struggle with?

Creative work can be an issue for ChromeOS. There are a number of photo editing apps and websites available, including solid options such as Pixlr, Snapseed or Adobe Photoshop Express. But for advanced or serious image manipulation such as you’d find on the full Adobe Photoshop app you’re going to run out of options pretty quickly. 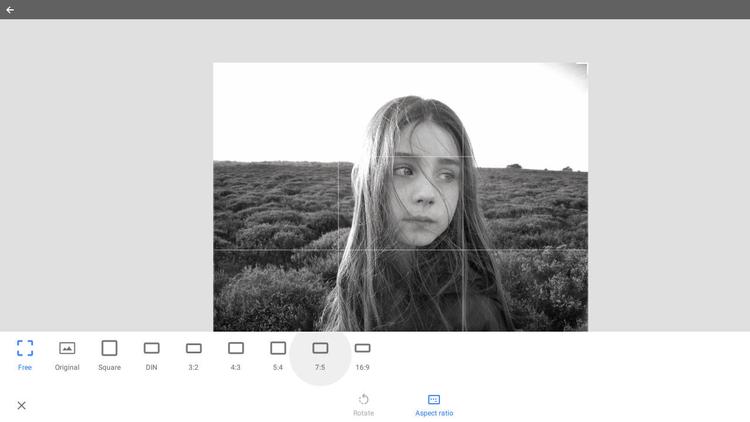 Video editing is a similar story, and while there are some online options, the vary nature of the medium means that using a Chromebook and web-server to edit movies isn’t something we’d recommend.

Audio work can be tricky, but Beautiful Audio Editor is something that can be used to produce things like podcasts. It’s more fiddly than dedicated apps that work off your hard drive, but it can be done.

Can I play games?

You can, but they will be predominantly the ones you’d find on Android phones. If you’re more the hardcore type that wants to jump into PUBG, or eagerly anticipate the arrival of the next AAA release, then Windows would be a much better option.

What can’t I do on a Chromebook?

The limitations really come down to the software you use. If there are certain apps you simply must have, but which aren’t found on the Chrome Web Store or Android, then you’ll be out of luck. Chromebooks can’t run Windows or macOS apps at all.

This means iTunes is out, as is Photoshop, full versions of MS Office, and hundreds of other apps. But, and this is important, there are many alternatives or web-based versions that could possibly fulfil the same role. How much you’re willing to adapt will define whether a Chromebook would suit your needs.

Should I buy a Chromebook?

In many cases Chromebooks offer excellent value for money, a simple user experience, and have the added bonus of being free from the threat of most viruses and malware. Providing you’re happy with the limitations outlined above, then they are a very tempting proposition.

Heavy users of dedicated software may need to look elsewhere, but for most of us these days a Chromebook and a smartphone are all we really need.