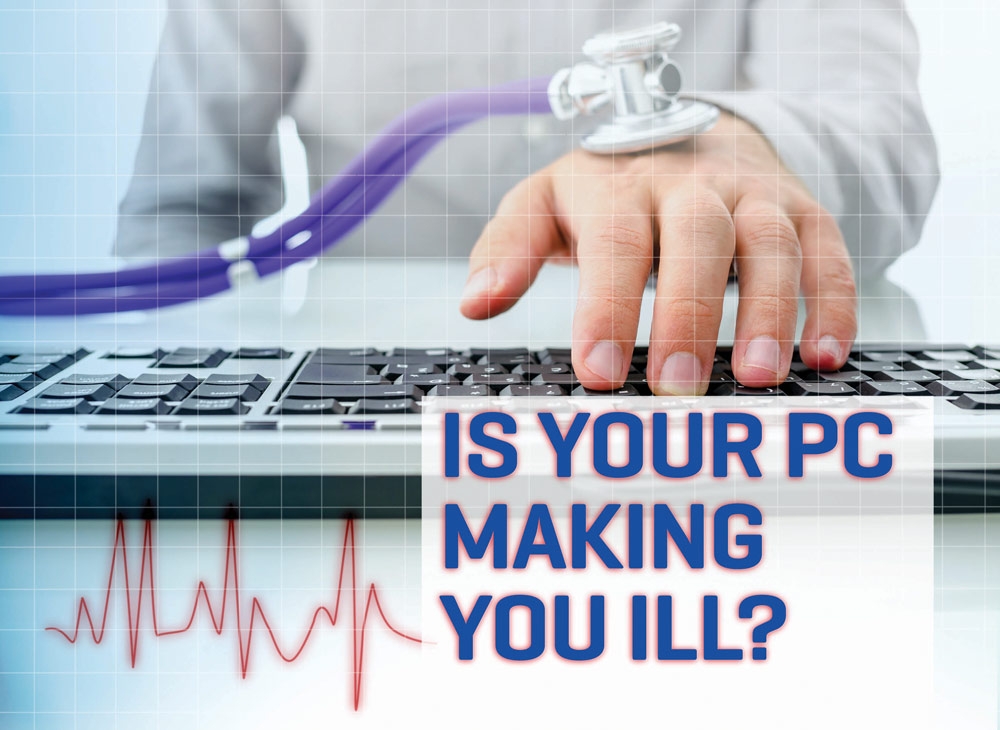 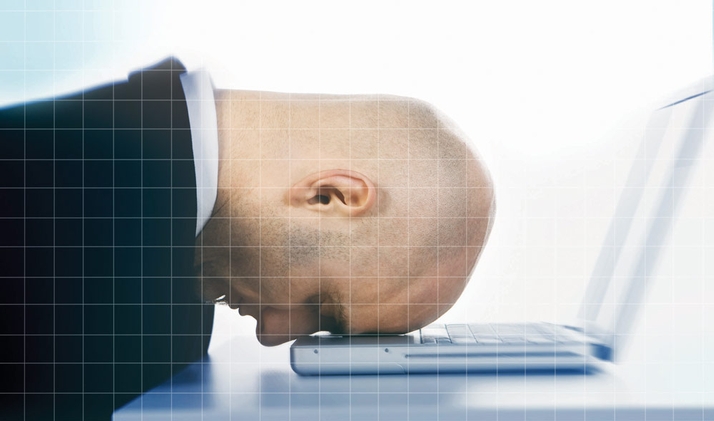 Using your PC, tablet and smartphone wrongly for long periods can cause illness or injury. Back pain, elbow strain, RSI, ‘iPad shoulder’ and dry eyes are just some of the problems users suffer from poorly set up PCs. If using your computer makes you uncomfortable this can not only lead to physical issues but also stress and low morale. The fact is that, for most of us, these adverse effects on our health can be avoided by taking sensible precautions. Here we’ll take  a look at potential issues and provide guidance on how to prevent mishap.

See also: How to stop ‘iPad shoulder’ and ‘iPhone neck’

Our emphasis here will be exclusively on physical health and safety issues. In particular, we won’t be thinking of behavioural issues such as decreased attention span, compulsive behaviour, aggression and the reduction of social skills; all of which some researchers have attributed to certain uses of electronic equipment. While we wouldn’t want to suggest these concerns are all unfounded, the evidence isn’t nearly as compelling as it is for physical conditions, and our aim here is to provide a practical guide rather than engaging in speculation.

How to make your PC ergonomic: Eyesight issues

The good news is that most experts believe using a computer, even for protracted periods of time, won’t harm your eyes permanently. However, an estimated 50 to 90 percent of computer users report adverse side effects including blurred vision, eye irritation, and headaches. Medical practitioners think this is caused by the repetitive actions such as scanning the screen and repeatedly changing our focus from the screen to documents on the desk. While much the same applies to working with books and paper documents, using a screen is worse because of the possibility of glare, flicker, and poor contrast. 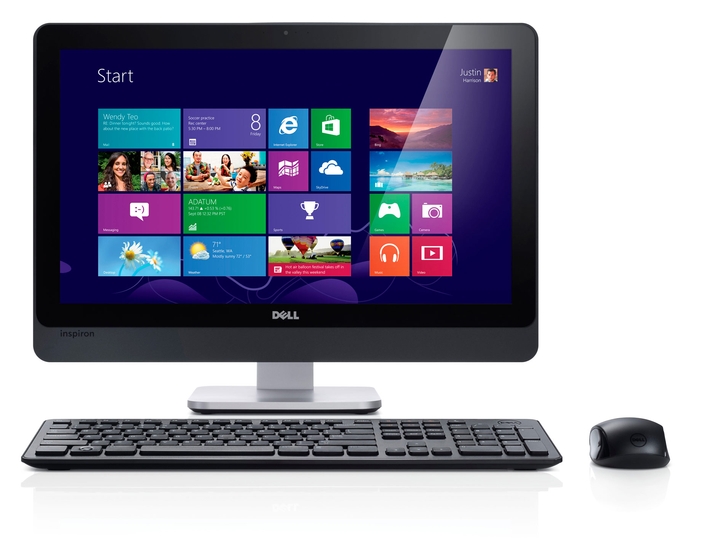 Fortunately, most of these issues can be prevented. Cutting down glare is a comparatively easy matter of positioning your display to prevent direct light falling onto it, perhaps most commonly from a nearby window. Because LCD monitors tend to be less reflective than old CRT displays, this is less of a problem than it once was, but if you do have a CRT monitor, consider replacing it to help your eyesight. In addition to reduced glare, it’ll also cut down on flicker, which is another cause of eyestrain. It’s not always possible to position your monitor to avoid glare from artificial lights and these can also contribute to poor contrast. Commonly, lights are too bright for regular use of a computer.

If this is the case, but your PC is in a room that you use for other purposes, too, it’s worth installing a dimmer switch so you can turn lights down or, alternatively, use a desk lamp. Also, make sure your screen’s brightness and contrast are adjusted for maximum comfort. Rearranging your desk can help too, and this also applies to preventing upper limb injuries so look at our guidance on that topic later too. From an eyesight perspective, experts say the best position for your monitor is 500 to 700mm from your face, which usually equates to arms’ length. The monitor should also be directly in front of you and the top edge should be roughly at eye level.

If your monitor doesn’t have a height-adjustable stand, then consider investing in a mount. Most monitors have a standard VESA mount which is four screw holes in a square arrangement on its rear. The CBS Flo arm (below) costs £149 which might be as more than your monitor cost, but its sprung mechanism holds your monitor steady in the perfect position and can be moved around with a minimum of effort. There’s also a tray version of the arm which will support a laptop for £194. 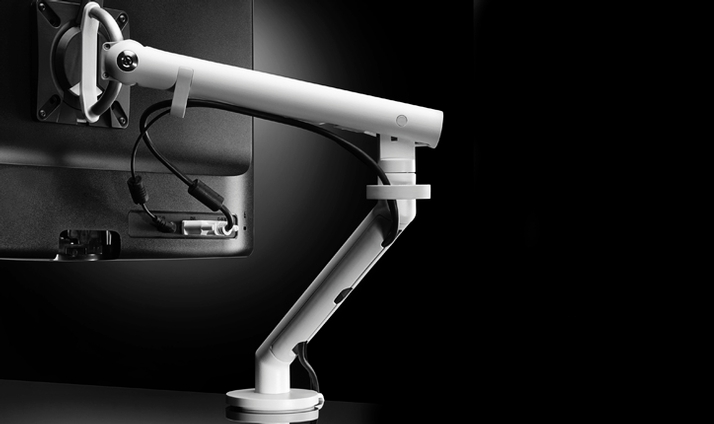 Finally, a few behavioural changes are recommended. First of all, the 20-20-20 rule is often advocated. Every 20 minutes you should look at something at least 20 feet away for 20 seconds. Longer regular breaks, involving getting up from your desk and walking around, are also recommended, and this helps with upper limb disorders, too. Some experts also suggest that you should force yourself to blink on a regular basis as this will help keep your eyes from becoming too dry. And finally, don’t forget to have regular eye tests and make sure you wear any glasses that you are prescribed.

How to make your PC ergonomic:  Upper limb disorders

These involve damage to the muscles, nerves and tendons in the hand, wrists, arms, shoulders and spine. Symptoms include pain, numbness, aching, tiredness and tingling. Included here is repetitive strain injury (RSI) that affects the wrists. To a large extent these problems can be prevented by correctly configuring your work environment and taking care to ensure good posture and working practices. 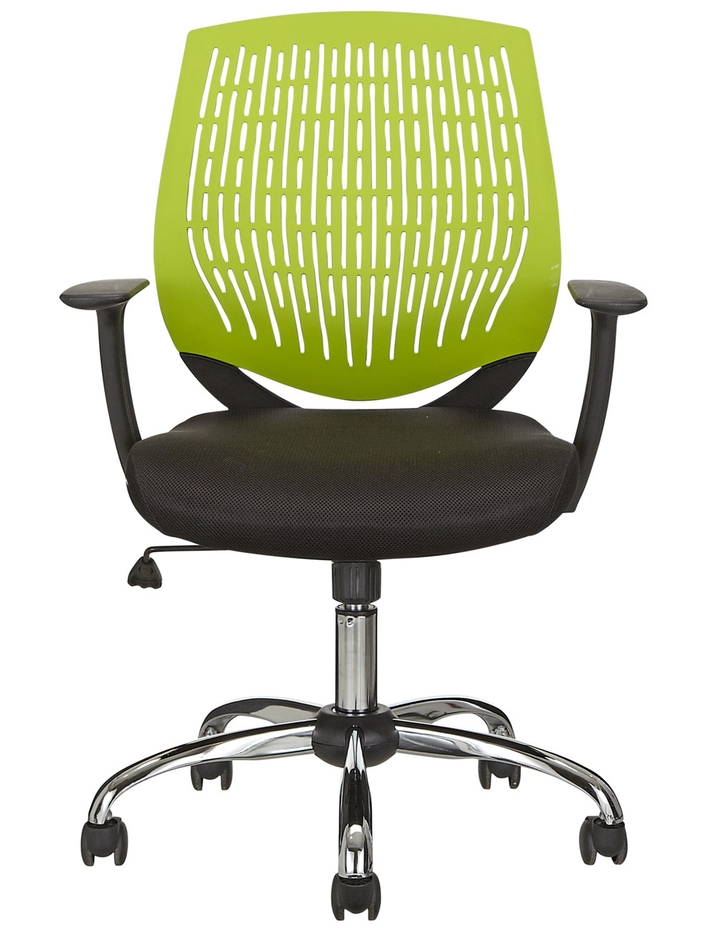 The correct choice of desk and chair are particularly important, and while there are official guidelines in terms of the height of the desk, a good guide is whether it feels comfortable. Even in the home, a proper desk and either an office chair or a chair that promotes good posture is recommended. Note that the so-called ‘workstations’ that are often targeted at home computer users often aren’t deep enough to house the display and keyboard and still have enough space to rest your arms. Space might be at a premium but many people find it’s good to have sufficient space to rest your wrists between bouts of typing, although you shouldn’t be tempted to do so while you are typing.

If, on the other hand, you have plenty of desk space, don’t push your screen and keyboard so far back that you have to lean forward to read the display. As with eye-related complaints, taking regular breaks is important, but to avoid upper limb disorders it would be a good idea to use these breaks to stretch and exercise the affected areas. If you think you might have contracted RSI, be sure to visit your doctor to get it checked out. And finally, if you consider you’re particularly at risk or have been diagnosed with RSI, one option is to minimise the use of a keyboard or mouse by using voice recognition software.

Here’s an interactive tutorial for making your workspace ergonomic. 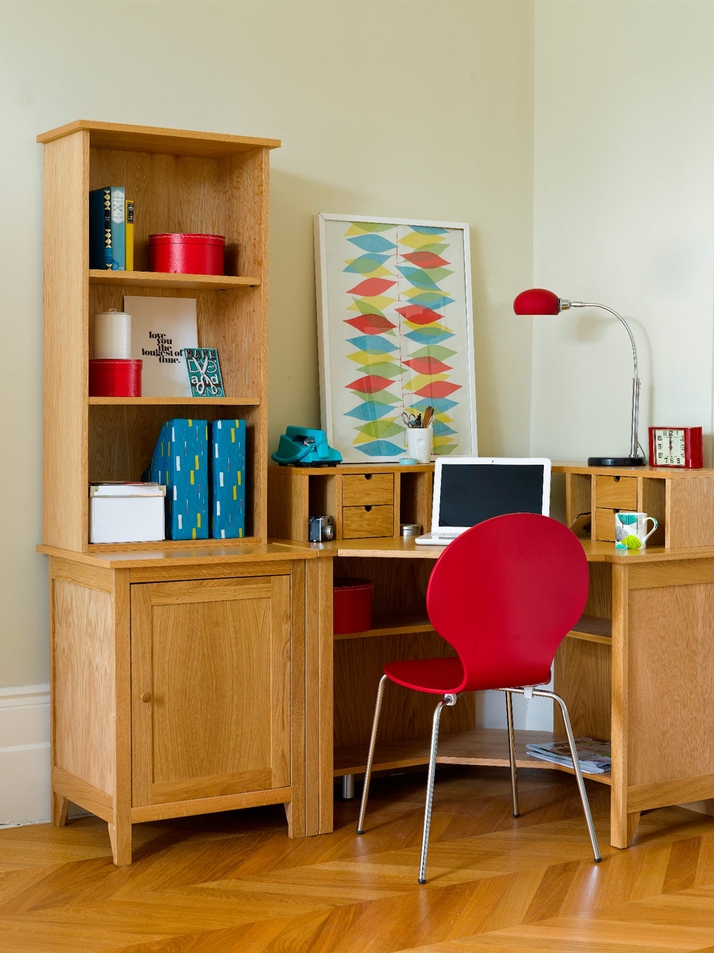 How to make your PC ergonomic: Skin complaints

It might not be up there with eyesight and upper limb disorders, but some people have reported skin complaints associated with computer use. These include dry skin, itching and rashes to the neck, face or hands. Because this is a less common issue than the ones we’ve already considered, less research has been carried out into its cause. However, it seems probable that it’s due to a drying of the air or electrostatic discharge caused by computing equipment, that some people are particularly sensitive to. One source of electrostatic discharge, namely the CRT monitor, is now largely obsolete but laser printers also cause static effects. If you find you’re sensitive, therefore, consider turning it off when it’s not in use, positioning it further away from you or swapping to an inkjet.

Dry air results from anything that causes heat and this includes just about any electrical equipment, not just computers. Again, turn stuff off when you don’t anticipate using it for a while, if the weather permits open a window, and perhaps invest in a humidifier.

How to make your PC ergonomic: Exposure to RF

In looking at radio signals from mobile phones and their associated base stations, colloquially referred to as masts, and from Wi-Fi access points, we should start out by saying that we don’t believe there are any serious health risks. However, because this is such a common concern, and worry can be a risk in itself, we feel compelled to look at the issues, and suggest how you can reduce the risk, if you’re still concerned.

Studies by eminent scientists suggest that there’s very little risk associated with the exposure to low-level radio signals at the frequencies used for mobile phone networks and Wi-Fi. However, it’s very hard to prove that something doesn’t happen with 100 percent certainty, so if you are more convinced by “anti-mast” protesters, it’s likely that you won’t be persuaded by these studies. Even so, some undeniable facts about radio signals might cause you to divert the target of your concern and also give some pointers on how to reduce the risk, should such a risk exist. The strength of a radio signal decreases with the square of the distance to its source – this is called an inverse square relationship. 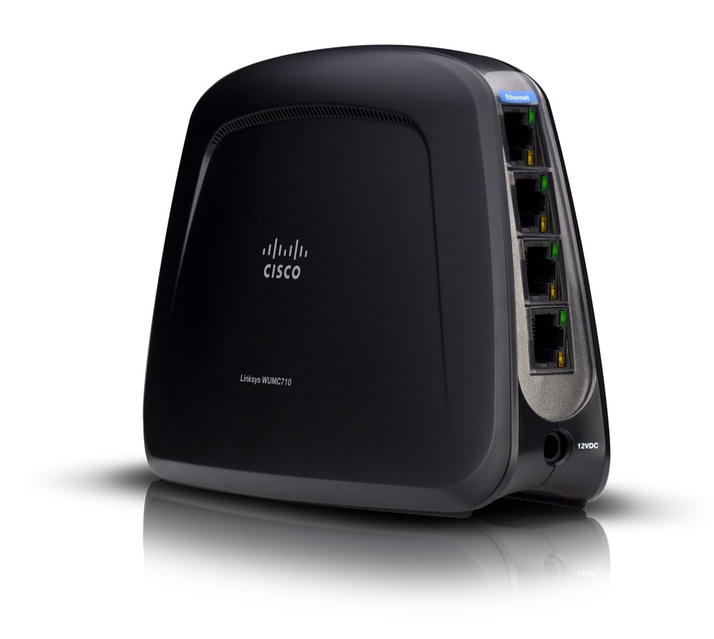 In plain English, if you double the distance between you and the transmitter, then the signal strength drops to a quarter. If you increase the distance from one to 100m, the signal becomes 10,000 times weaker, and so on. Action groups have suggested that some cancer clusters have been caused by living within 1km of a base station, and it’s commonly suggested that base stations should not be located closer than 100m from schools. However, that inverse square law shows that any such concern is misplaced. Compared to a base station at 100m, let alone 1km, a mobile phone is 5,000 times closer to your brain while you’re making a call. The signal strength, therefore, will be about a million times greater when we take into account the higher power of a base station.

This means that the risk of being 100m from a base station is equivalent to using a mobile phone for less than a tenth of a second per day. Clearly, reducing your use of a handset is going to make a much bigger difference than protesting about the positioning of base stations. The inverse square law also gives some guidance on reducing any possible risk from exposure to a Wi-Fi access point. Positioning it some distance from people would be a good idea and, because of the inverse square law, a modest change can make a big difference. 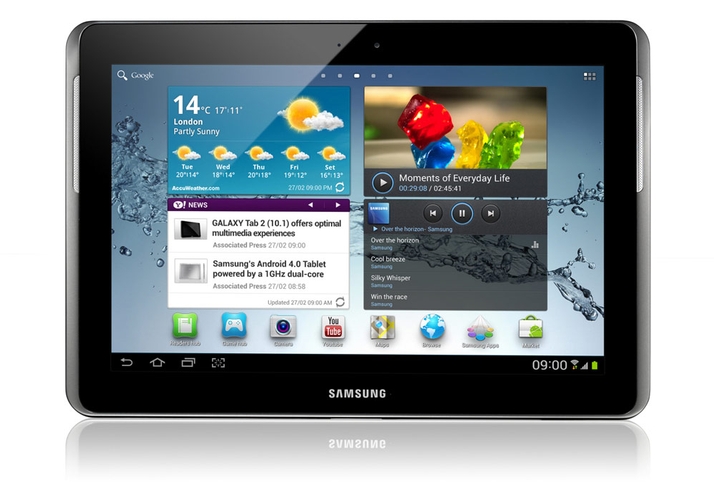 With pundits suggesting that the era of the PC is coming to an end, it might be tempting to consider replacing your PC with a tablet. However, before giving up on desktop PCs entirely, in favour of portable alternatives, it would be wise to consider the health implications. While laptops and tablets serve an important role when we’re out and about, they’re not nearly as ergonomic for use at home or in the office. Even at home, because they’re portable, we often use laptops and tablets while sitting watching TV, on a kitchen worktop, or even in bed.

Having read our advice on positioning PCs to avoid eyestrain and upper limb disorders, it will be clear that this is just asking for trouble. While there will always be occasions when you’ll want to do a five-minute job wherever you happen to be, for protracted use you really ought to take your portable device to a room with a desk that’s been designed with computer use in mind. In addition, it would be an excellent idea to use a laptop for long periods of time only when it’s connected to an external monitor, keyboard and mouse.