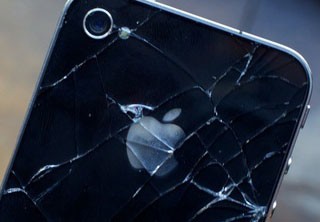 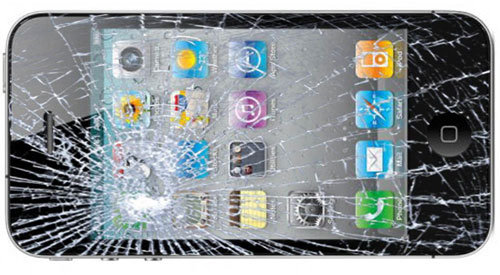 Ever wonder how Apple sells so many iPhones? According to a new survey the average broken iPhone is destroyed or damaged just 10 weeks after purchase – and under six weeks for an iPhone 4 or 5.

And when they’re not being broken they’re being nicked – another recent report on the BBC stated that in London alone 10,000 mobile phones are stolen every month. No wonder Apple can hardly make the things fast enough – the turnover is staggering. See: iPhone reviews

The study of how long it takes iPhone users to break their precious new smartphone was conducted by www.mobilephonechecker.co.uk. It polled 1,486 UK adults who have all broken, dented or scratched an iPhone handset.

The survey taker blamed the iPhone’s accident-prone screen for the mobile’s high break rate of the popular smartphones.

All respondents were asked: “How long had you owned your iPhone before it incurred damage?”

The average answer came out at 10.4 weeks. The picture is much worse for newer models of the Apple smartphone, such as the iPhone 5.

It appears that it’s easier to break a new iPhone than one of the older models. Respondents who had broken an iPhone 3/3GS reported owning their phones significantly longer than those who had damaged their iPhone 4/4S/5 – with an average of 14.9 weeks and 5.9 weeks respectively.

Respondents were then asked to state how exactly they had managed to damage/ break their iPhone, either choosing from a list or answering anecdotally.

While some of the more unusual responses included a woman in her twenties whose iPhone 5 accidently fell into a blender while she was creating a vine video, and a 46 year-old man who admitted to damaging his iPhone 3G when using it as a prop during ‘lovemaking’; the top five most popular causes of damage were the following:

Top 5 ways to break an iPhone

“Even the most loyal of iPhone user cannot deny that they are prone to breaking easily; particularly where the screen is concerned,” said Adam Cable, director of Mobilephonechecker.

“The screens are pretty fragile as most would admit, and it’s always best to protect your handset with a case to give it the best chance of surviving past the 10 week period.

“As for the bloke who used his iPhone as a sex toy, well I just hope he didn’t try and sell it second hand afterwards!”