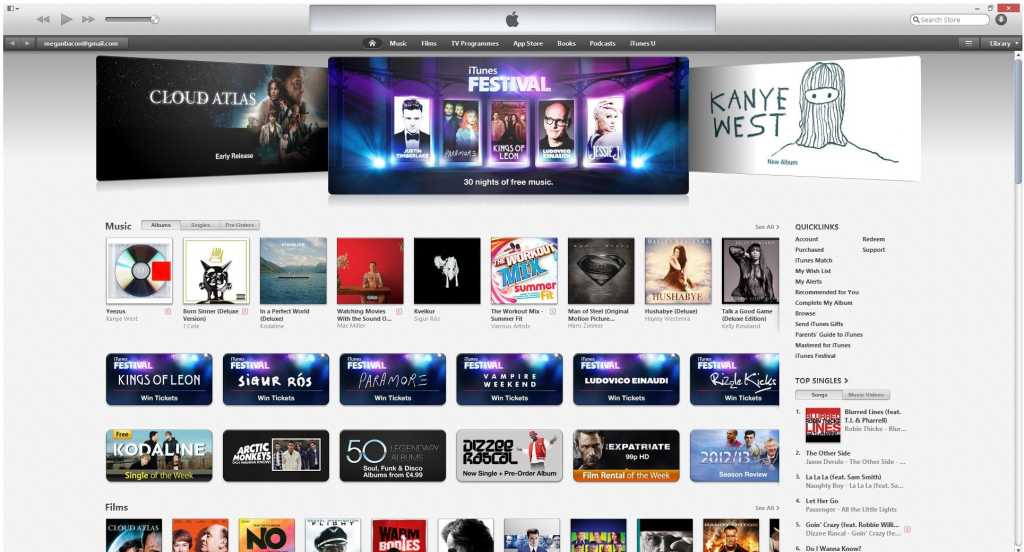 Here’s how to sell music you have made online, via iTunes, Google Play and other digital stores, and how to sell your CDs and vinyl online. Read all digital music tips and tricks.

The music industry has been changed forever by digital file formats and the internet. Once an act would sell tapes of music by mail order and independent record shops in order to sign to a label, and then sit back and enjoy the groupies and Champagne. These days the biggest acts make all their money from touring, and record stores have all-but disappeared. It’s never been harder to get rich from music, the sages say, but they don’t often mention the converse benefit:

it’s never been easier to share you music. And you can make a small amount of money from a variety of sources. There’s no guarantee you can make a living from your musical compositions, but if people like your stuff you can ensure that you benefit.

In this feature we look at how to sell music online, both digital files and hard copies. We’ll also show you how to make money from your music being played on YouTube, and to promote your music on SoundCloud.

How to sell music online

We’re going to assume that you have recorded your opus, and have your songs saved in a digital file format.

You can of course add ecommerce to your band website, in which case you get to keep all proceeds. But where do you buy your music? For lots of people iTunes will be the place. For others eMusic or Google Play Music will be their record store. And in order to attract the widest audience you need to be where your potential audience is.

Taking iTunes as an example you’ll see that it is technically possible for anyone to sell music from iTunes. But it’s not easy and it requires you to be both an encoder and a producer of a lot of music. In almost every case if you are an individual artist or band looking to sell your own music the best idea is to sign up for an Apple-approved aggregator.

iTunes aggregators will, for a nominal charge, format and deliver your music to Apple’s specifications, ensuring that it uploads correctly the first time. They can also provide you with UPCs and ISRCs and distribute your music across multiple channels. Apple pays the aggregator for sales, and the aggregator then pays the content owner. So signing up for an iTunes aggregator makes simple the whole process of selling music via iTunes, but it does mean you incur a cost

or cut into your profits. However there are some benefits from using an aggregator – in almost all cases they will post your music to multiple stores, and not just iTunes. Awal, for instance will sell your music via more than 200 services, including iTunes, eMusic, 7Digital, Google Play and AmazonMP3, in return for a 15 percent cut of all sales (after the stores have taken their cut).

There is a further down side to using an aggregator, however: they aren’t forced to accept your music. Many take a curated approach to selecting what artists they represent, and if you are an unheard of songstrel you may not make the cut.

That’s when you need to take a look at specialist music distributors who will take a set fee to encode your music and place it on major digital music stores. One such service is Ditto Music. Ditto takes a one-off fee and then you keep all rights and royalties. On the face of it, it’s quite reasonable, too. For just £22 you can put up to 20 of your songs on 200 stores including all the major players. Ditto will also add your songs to music streaming services such as Spotify and Rdio. You simply sign up via Facebook or your email and upload music and artwork. And pay. That’s it.

The final option is to distribute music via physical media as well as digital stores. CD Baby is one of a number of services that offer this service in addition to digital distribution. As you would expect, however, it’s far from cheap. CD Baby charges $49 up front and then takes $4 a disc sold regardless of what price you set to sell your disc for via Amazon.

How to market your music online

The ease with which you can publish to the internet exposes how hard it is to be heard. The web is full of digital music, much of it free (legitimately or otherwise). So in order to find an audience for your newly minted downloads you need to promote yourself. Distributors such as Ditto will sell you such services, but you don’t have to pay to market yourself. At the very least you should have a website, as well as Facebook, Google+ and Twitter feeds. In each case you should mix interesting content about your music and similar music, with links to places where your music can be purchased. And don’t forget to include snippets or even whole songs to whet your audience’s appetite.

All of that is only sensible advice for promoting anything. And it requires regular interaction. But there are good specific ways of promoting music.

You should definitely be on SoundCloud. This popular, music-based social network lets you post music for people to find. There is a cost, however – €3 a month for up to four hours of music. You can’t make money from it – it’s purely promotional, but as a means of interesting people in your music SoundCloud is critical.

Although not as critical as the second most used search engine in the world: YouTube. YouTube is the number one most popular means of finding and listening to music, and it is free for you to post. You will need to make some form of video to accompany your music, of course, but that is not too difficult these days. Even better, allow for adverts on your music and you could offset any costs with a small amount of advertising revenue.