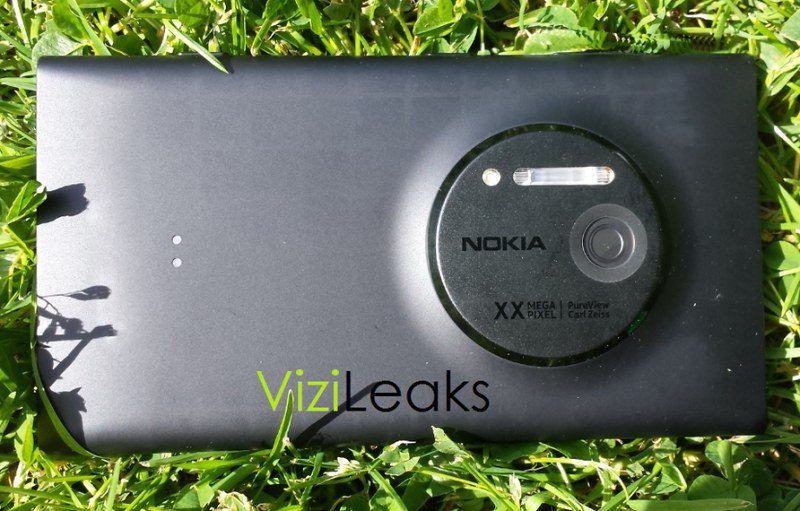 A plethora of pictures have leaked across the web showing an upcoming Nokia smartphone. Believed to be called the Lumia EOS PureView, the device will come with a 41Mp  camera with a Carl Zeiss lens.

It is essentially what was rumoured to be launch when Nokia announced the Lumia 925 – a Windows Phone 8 version of the 808 PureView. However, the 925 has an 8.7Mp PureView camera.

The EOS looks effectively like the Nokia Lumia 920 and the 808 PureView mashed into one smartphone.See also: Group test: what’s the best Windows phone?

The photos show engineering samples of the Lumia EOS handset, a source familiar with Nokia’s plans has confirmed with The Verge. The smartphone has been leaked in similar colours to the existing range – black, yellow and red so far.

WPCentral reports that the EOS PureView will come with an OLED screen with a 768×1280 resolution, 32GB of internal storage, no microSD card slot, a polycarbonate body and Windows Phone 8.

It’s expected that the EOS PureView will arrive sometime this summer, but no release date has been leaked yet. We’re still waiting for our review sample of the Lumia 925 so we wouldn’t be surprised if there was a bit of a gap before the EOS is officially unveiled.

As for price, well we can only guess but it will probably be expensive considering the camera tech on-board. We’ll let you know any further details when we catch wind.