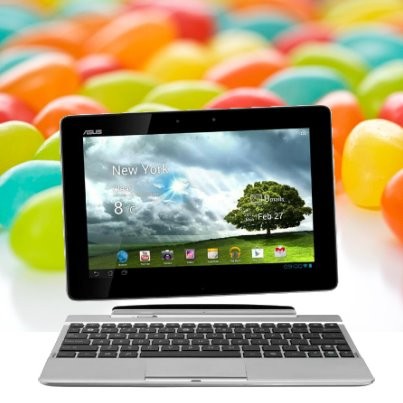 Tablets powered by Google’s Android OS were more popular than Apple’s iPad and iPad mini during the first quarter of the year. According to IDC’s latest stats, Android made up 56.5 percent compared to 39.6 percent of iOS. See also Group test: what’s the best cheap tablet PC?

This time last year, iOS had a 58.1 percent share compared to Android’s 39.4 percent. Both have grown but Google’s much more at a whopping 247.5 percent.

IDC said: “Tablet shipments totalled 49.2 million units in 1Q13, surpassing that of the entire first half of 2012. With growth fuelled by increased market demand for smaller screen devices, tablets have shown no sign of slowing down.”

Overall growth of the tablet market was 142.4 percent compared with the first quarter of 2012. The news comes after BlackBerry CEO, Thorsten Heins, predicted tablets would be dead in five years’ time.

“In five years I don’t think there’ll be a reason to have a tablet anymore. Maybe a big screen in your workspace, but not a tablet as such. Tablets themselves are not a good business model.” said Heins.

Apple remains the top vendor, however, with a total of 19.5 million units shipped during the quarter, higher than IDC’s estimate of 18.7 million.

Microsoft took fifth spot with the launch of its Surface tablets. The software giant shipped 900,000 units, most of which were Surface Pro which has only been available in the US and Canada. The tablet will launch in the UK and other countries this month.

There are rumours that Microsoft will launch a smaller 7in version of Surface but IDC thinks this won’t be the firm’s saving grace. “Clearly the market is moving toward smart 7-8 inch devices, but Microsoft’s larger challenges centre around consumer messaging and lower cost competition.” said Ryan Reith, Program Manager for IDC’s Mobility Tracker program.

“If these challenges are addressed, along with the desired screen size variations, then we could see Microsoft make even further headway in 2013 and beyond.” he added.