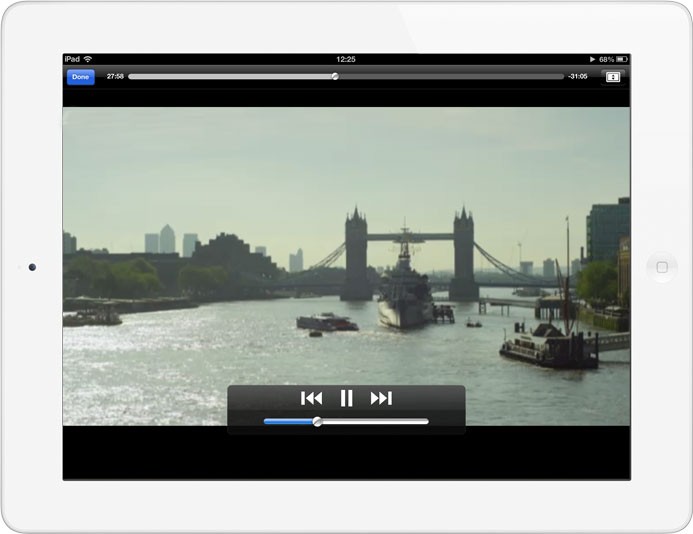 How to play any video file format on your PC

Windows Media Player will come preinstalled in pretty much every Windows laptop and PC but its file format compatibility is curiously, and annoyingly, limited. While the latest version 12 actually goes some way to address those issues by supporting MP4 video files, all other versions won’t play them.

So, you may well need an alternative. Luckily, there are many free (and ad-free!) downloadable alternatives and the best of the lot is VLC media player. It’s an open source platform and framework that’s upheld by many developers and programmers worldwide. It supports anything you can throw at it, from CDs and DVDs to the most obscure of file formats, both audio and video.

The iPhone, iPad and iPod touch are all great for watching videos, but Apple’s devices don’t support most video formats. In fact, many iPads and iPhones are limited to playing H.264 videos if you want high resolutions: most can play MPEG-4 videos but only up to 640×480.

It’s time-consuming to convert videos that aren’t in exactly the right format, but the good news is that you don’t have to. Third-party apps are capable of playing other formats, albeit by using the iPad’s CPU rather than the graphics processor. That means it might eat up more battery power than using Apple’s default video player, but in most cases it’s worth it.

How to play any video file format on your iPhone, iPad or iPod touch: the best video player apps

So what are your options?

VLC media player is also available for iOS and it has excellent cross platform integration. That is to say, you don’t necessarily need to store files on your device to play them. You can link, for example, to your cloud accounts (Dropbox, Google Drive, Box and OneDrive are all supported) and play files on your device over Wi-Fi or cellular, depending on the device and your connection. Again, it’s completely free and we recommend it. You can view before downloading it here.

You can also use the free to dfownload VLC app for Android devices from the Google Play Store.

How to play any video file format on your iPhone, iPad or iPod touch: other great media player apps for iOS

For iOS users, the best choice before VLC was launched on the platform was an called AVPlayerHD. It’s still great, and we still use it. There’s a lot of in-app controls and excellent gesture controls once you delve in. It’s also only £2.29.

AVPlayerHD supports a similar range of formats plus more subtitle formats and Dolby TrueHD. It will also let you transfer video files to your iPad via Wi-Fi as well as via a USB cable from iTunes. AVPlayer D can also use the iPad, iPhone or iPod touch GPU for hardware-accelerated playback, so long as the video is in H.264 format. 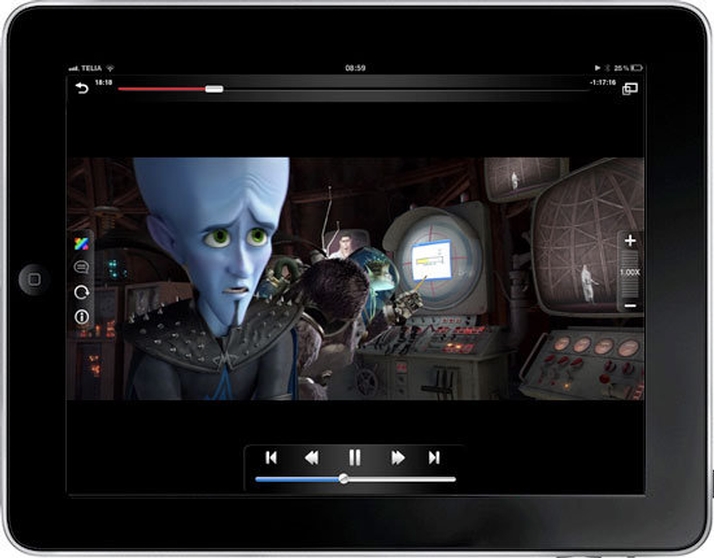 If you just want to stream files, try Air Playit, which is free on the iPad and can stream 320 formats over Wi-Fi or even 3G/4G connections, so can act as your personal cloud server. Check it out here.

If you have the latest iPad, iPhone or iPod touch, you should have no problems playing HD videos. On older devices, however, you might find you’re limited to 720p or even lower resolutions. That’s because the processor isn’t powerful enough to handle higher-quality video.

With most apps of this type, the way to get videos from your computer to your iOS device is to connect the USB cable and launch iTunes. When your iPad or iPhone appears, click on it, then click on the Apps tab. 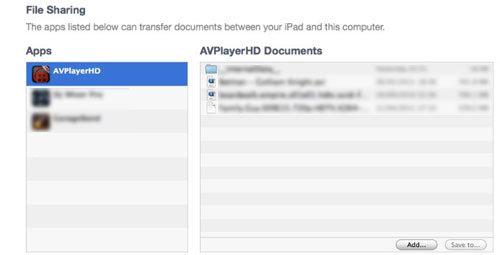 Once your files are transferred, you can disconnect the USB cable and watch your videos via the AVPlayerHD app on your device. Note that these third-party video players cannot play video files stored in the native Videos app on iTunes.