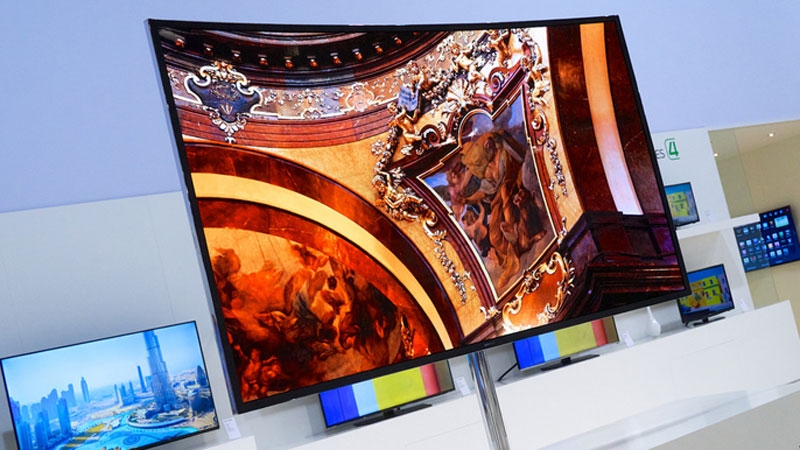 OLED is the future for TVs. It’s still early days, but here’s everything you need to know about how it works, why it’s better, who’s making and selling OLED TVs and more.

LED vs OLED: what’s the difference?

They might sound similar, but LED and OLED are completely different technologies. Organic LEDs emit light when a current is passed through them, but LCD displays require a backlight to make the colours visible.

Modern LCD TVs have an LED backlight and have become known as ‘LED’ TVs to differentiate them from older LCD models with fluorescent backlights.

An important difference between LCD and OLED is response time. This is a measure of how quickly the individual pixels can change colour, and OLED is said to be 1000 times faster than LED-backlit TVs and faster even than plasma.

This means that there’s no discernible blur at all, so even when there’s fast-moving action, everything stays razor sharp. Whether you’re watching 3D or 2D video, OLED is crystal clear. We’ve seen this first-hand and it isn’t hype – quality is absolutely stunning. Thanks to the fast response time, everything looks more detailed.

Here is our list of the best TVs of 2017 – featuring OLED models.

Why are OLED TVs so thin?

Because no backlight is needed, OLED TVs can be ridiculously thin. LG’s curved display on show at CES 2013 was the thickness of three credit cards, while it showcased its brand new ‘W’ series TVs at CES 2017 and they are just 2.57mm thick – the ‘W’ standing for wallpaper given the thinness.

Obviously the entire TV can’t be this thin, as electronics, power supplies and ports have to be crammed in somewhere, but they’re much, much thinner than any LCD or plasma TV.

OLED vs plasma vs LED: which is best?

Plasma is known for its excellent black levels, but OLED is better still. Because each pixel can be turned off (emitting no light), contrast is astounding with amazing blacks.

Plasma suffers from a lack of peak brightness, but OLED doesn’t, so an image on screen can have both deep blacks and very bright whites at the same time. LED-backlit TVs (which typically have a series of LEDs along one or more edges of the TV) struggle to do this ‘local dimming’ and contrast suffers accordingly.

Another advantage of not needing a backlight is that OLED TVs produce very even brightness and colour. Even the latest LED sets (especially large ones) can’t produce an even white across the entire screen – there’s typically a brighter patch near where the LEDs are, and dimmer areas or ripples further away.

Generally, these flaws aren’t something you notice unless there are large areas of solid colour in the scene, but with OLED, there are no such issues.

Yes – at last. For a long time companies like Panasonic and Sony only had prototypes of TVs with such high display resolutions but, after around five years of hype, 2017 is the year that OLED TVs will finally become more normal fare for consumers and retailers alike.

Despite high prices, the technology is now commercially viable, and you’re more likely to want to invest in the right OLED TV if you’ve already got a 4K Netflix subscription that needs taking advantage of.

How much does an OLED TV cost?

Unsurprisingly, this cutting edge technology doesn’t come very cheap. A cursory glance at Currys’ OLED TV selection will show you prices north of £2,000 in some cases. Screen tech has caught up with the bold ideas, and OLED TVs are often large at around 55in.

This year we awarded a Tech Advisor Top Pick award to Sony’s Bravia A1E that goes up to 77in.

Which manufacturers are making OLED TVs?

Just about every major player has an OLED on the market now, including Samsung, LG, Sony and Panasonic.

Samsung calls its fledgling tech QLED – Quantum LED. Fancy. Check it out here, alongside our picks of the best new upcoming TVs of the year.

What are the advantages of curved OLED TVs?

Samsung and LG both showed us their new curved OLED TVs recently. They say it gives a more immersive experience, similar to IMAX, but it’s clearer now that it’s just down to personal preference.

Our brief time with both sets was inconclusive: it’s hard to say whether having a curved 55in TV is a gimmick or a benefit.

A representative for LG said you need to sit directly in front of the TV to get the best experience, while Samsung told us the increased viewing angles meant it allowed people to sit at wider angles.