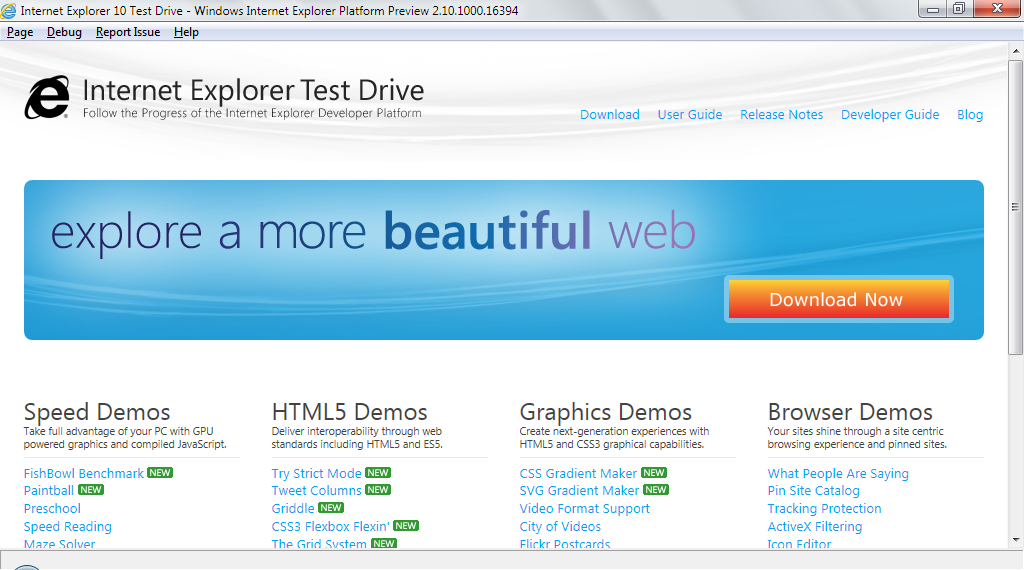 You can download IE 10 for Windows 7 from the Microsoft Test Drive site.

Internet Explorer 10 is integral to to the recently released Windows 8 operating system, and will only ever be available for Windows 7, Windows 8 and any subsequent Windows releases, as well as the Xbox 360 games console, and any future Xbox devices. IE10 is built from the same basic code, and very closely related to the browser in Windows Phone 8.

IE 10 has a built-in player for Adobe Flash that Microsoft claims doesn’t effect battery life or performance. The browser is designed from the ground up to support HTML 5. It is designed to be used by touch, but in an extensive briefing today Microsoft told PC Advisor that Internet Explorer 10 is also perfectly useable with mouse and keyboard (and, to be fair, that is our experience).

Like other browsers within Windows 8, IE 10 works across both the modern Windows interface and the traditional desktop – the latter is, of course, the only interface available in Windows 7. New features include Flip Ahead. This is similar to FastForward in Opera, wherein user behaviour is recorded and then utilised to second-guess where the user will go next. Because it requires some harvesting of user data, Flip Ahead is disabled by default. Do Not Track is also enabled by default.

Internet Explorer 10: the web as ‘a first class citizen’

Microsoft told us today that the idea behind IE 10 was to provide all the best aspects of apps in a web browser. To this end the interface features, functions and design of Windows 8 are mirrored in Internet Explorer 10, and the browser subscribes to all modern web standards. 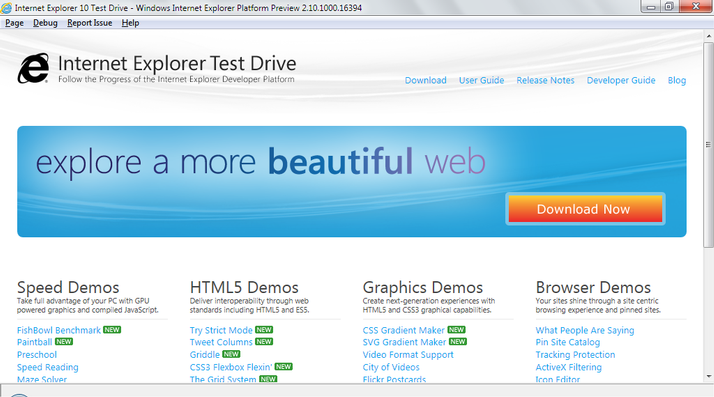