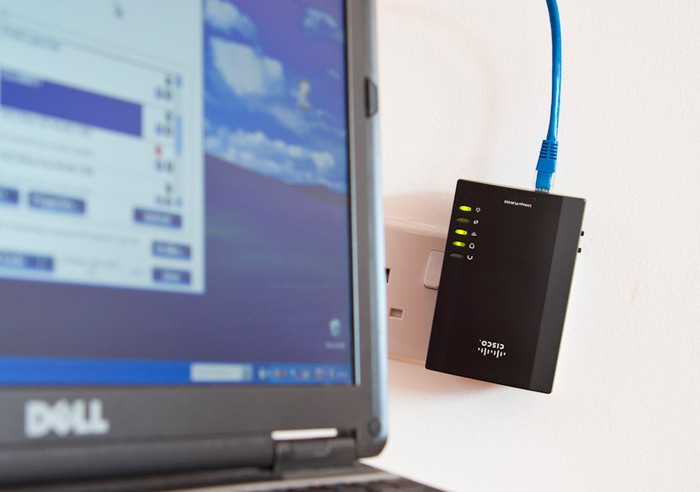 Wi-Fi is a fantastic utility that allows us to roam free in our homes with laptop held triumphantly aloft, but it’s functional only so far as your router’s signal. Chances are you won’t be able to connect in that back bedroom, with its sturdy walls serving as frustrating barriers.

Save ripping down the walls for a modern open-plan interior, powerline adaptors (also known as HomePlug) offer an effective workaround.

Rather than laboriously running ethernet trip wires from room to room, powerline technology lets you create an internet network using the existing mains electrical wiring in your home or office.

Depending on your choice of adaptor, you’ll either be able to hook up a PC via an ethernet cable, or connect to the Wi-Fi network it can create. This is ideal for use with tablets, smartphones and any other wireless kit that lacks an ethernet port.

We’ve used a pair of standard HomePlug AV adaptors for this walkthrough, which run at a nominal 200 megabits per second (Mbps). In real terms, these perform at around 50Mbps. Various other options are available, including 500Mbps and even gigabit (1Gbps). Where Wi-Fi is built in, look for 802.11n.

For general email, browsing and social networking use, HomePlug AV adaptors are more than capable. If you intend to stream lots of HD movies or transfer large files to a NAS drive, however, the faster adaptors will prove a more sensible choice.

The modular nature of HomePlug means that it’s possible to mix and match the devices – as we’ll demonstrate in our walkthrough. Note that the connection speed will be limited to that of the slowest adaptor. Avoid the cheaper HomePlug 1.0 adaptors, running at 85Mbps, since these aren’t compatible with the faster versions.

You can buy starter kits such as the one used here for as little as £30 online, which is a reasonable exchange for a room full of internet.

How to install powerline adaptors

1. We’re assuming for this guide that you have at least two matching adaptors. Plug one of them into a mains socket and turn it on. The manufacturers recommend avoiding multi-socket extension strips or surge protectors as they can interfere with the signal. 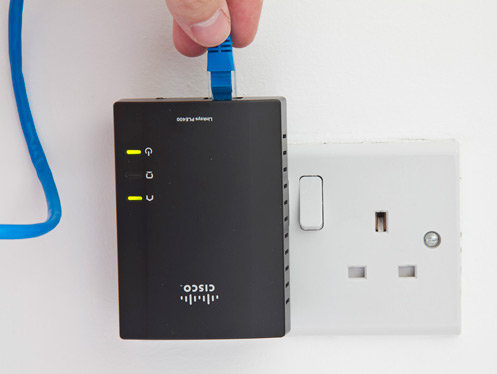 2. Take an ethernet cable, plug it into the socket on the adaptor then plug the other end into an ethernet socket on your router. You can usually find these marked in yellow, or with the symbol of three squares joined by lines. 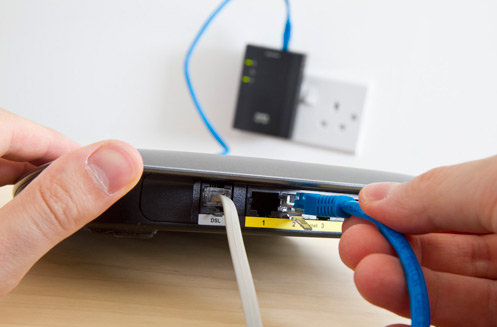 3. Now plug your other adaptor into a mains socket in the problematic room that doesn’t have an internet connection. Remember to place the adaptor in a socket near your computer or networking device. 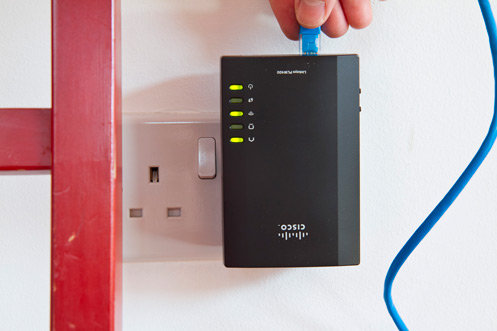 4. Attach an ethernet cable to the adaptor and then place the other end in the port on your laptop, desktop, media player or games console. Now turn the socket on. That’s most of the physical work done. 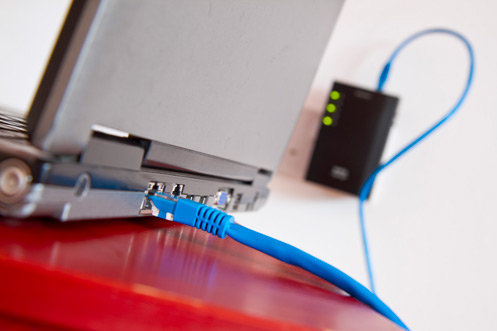 5. The adaptors should pair with each other automatically, but if not, press the small button on the bottom of one device for a few seconds then repeat the step on the other. This also enables 128-bit AES encryption. 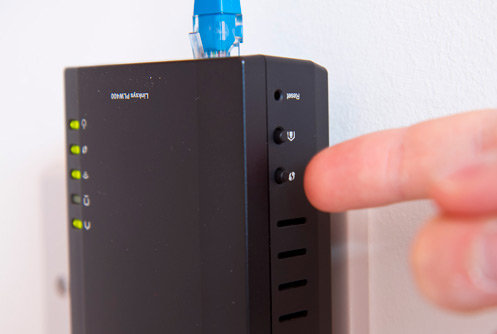 6. Adding another adaptor, even from a different manufacturer, is quite straightforward. We plugged in a Solwise 200Mbps device, connected via Ethernet to our laptop, then pressed the button on the device. Seconds later it was connected to our other two adaptors. 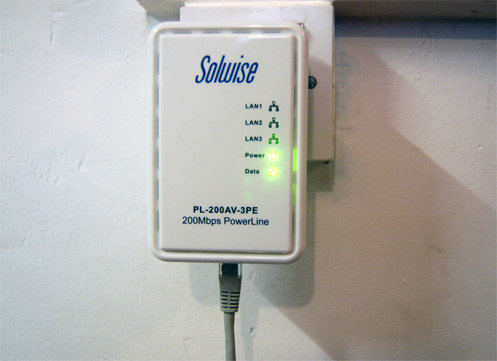 Setting up a Wi-Fi extender: adaptors with built-in Wi-Fi

The benefits of a wired connection are many, but if you need wireless internet access in a room where your router’s Wi-Fi signal doesn’t reach, then a wireless HomePlug adaptor (also called a wireless extender) is the answer. Setting one up is a little more involved, and some manufacturers provide better documentation than others.

The process is not dissimilar to configuring a router, which isn’t surprising given that a powerline network adaptor with Wi-Fi is in essence a mini wireless router.

It creates a new wireless network – replete with a different name and security settings – that connects back to your router via your mains wiring just like any other HomePlug adaptor.

The type of the adaptor you choose will determine the capabilities of the new network, and it’s worth opting for an 802.11n (or Wireless N) version rather than 802.11g. Similarly, there’s little point in buying a wireless extender which supports 500Mbps or 1000Mbps if your existing adaptors run at 200Mbps as it will run at the slower speed.

Once you’ve installed the configuration software and connected (via ethernet) to the adaptor, you should be taken step-by-step through the process of naming the new Wi-Fi network, enabling WPA2 security and, in some cases, changing the channel frequencies to compensate for any interference you might encounter.