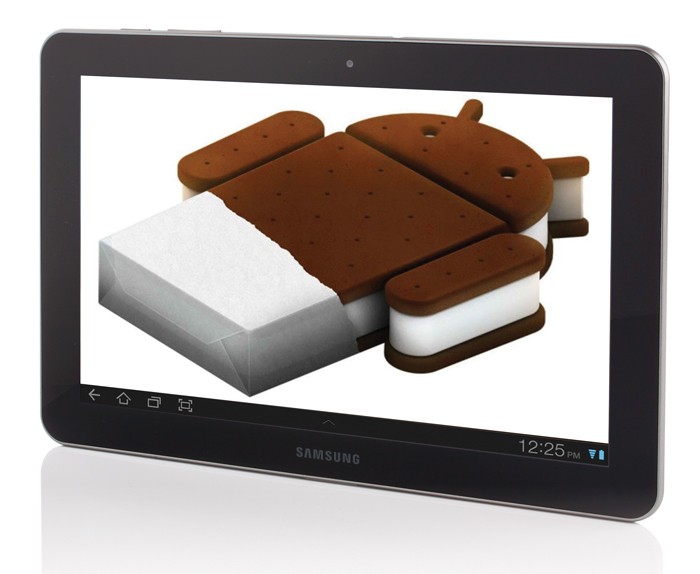 Samsung has confirmed that it is rolling out Android 4.0 Ice Cream Sandwich to several of its Honeycomb-saddled tablets, including the Samsung Galaxy Tab 10.1, 8.9 and 7.7.

Samsung said the Ice Cream Sandwich update can be downloaded over the air, or the tablet can be connected to a PC and the software delivered through its Kies technology.

With the recent release of Android 4.1 Jelly Bean, showcased on Google’s first tablet, the Nexus 7, the update to the preceding operating system comes not before time for Samsung Galaxy Tab owners. The company is already rolling out Jelly Bean to its Nexus and Nexus S smartphones, but there’s no word on when – or if – it will come to older Galaxy devices.

As of Wednesday, only 0.8 percent of the Android devices that had accessed Google Play in the past two weeks were running Jelly Bean, and just 15.9 percent were running Ice Cream Sandwich. This means more than 80 percent of this sample are still saddled with out-of-date software – something Google hopes to rectify by giving developers a longer notice period for future operating system updates.