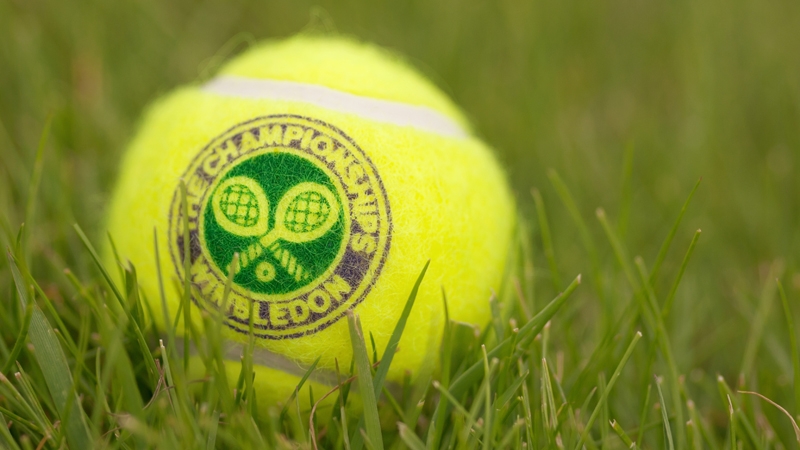 After a quieter year with limited fans, Wimbledon is back in force for 2022 with a full set of fans, giving us a much-needed fix of top-tier grass court tennis – though this year is not without its controversies.

After deciding to ban Russian and Belarusian players from competing, the Grand Slam has been stripped of its ATP and WTA tour ranking points this year – which ironically is likely to help Russian Daniil Medvedev further secure his current spot as world number one in the men’s game, as a relatively poor performance last year means he has few points to lose anyway.

Here’s how you can tune in to watch Wimbledon live – for free and on any device – whether you’re in the UK or elsewhere, at home or sneakily watching at work, or even if you want to catch up later on in your own time.

When does Wimbledon 2022 start?

The Wimbledon Championship runs from Monday 27 June to Sunday 10 July, ending with the women’s final on Saturday afternoon, and the men’s on Sunday.

The player draw is now official, so you can see who’s lined up to face who – with Nadal and Djokovic on opposite sides, so there’s at least a chance of the two of them facing off in the men’s final.

The tournament’s order of play can be found here so you can check when every match is on. Use the search facility and star players to follow their progress.

How to watch Wimbledon in the UK

If you’re in the UK then Wimbledon will be shown by the BBC, as usual.

During the main tournament TV coverage presented by Sue Barker – for the last year ever, after she announced plans to retire from the tournament – will begin at 11:00am BST on BBC One, BBC Two, the Red Button, and iPlayer. 11:00am is when play begins on the outside courts but you might be most interested in the afternoon, as Centre and Court One – where the big games happen – typically start play at 1:00pm.

If you don’t want to watch on TV, the BBC is making Wimbledon available to watch live across BBC TV, Red Button, radio, online, mobile, the BBC Sport app and smart TVs. Whenever coverage is live, you’ll be able to tune in online by visiting the BBC Sport website or iPlayer.

Remember that you need a TV Licence to watch live on TV or online, or even on catch-up.

The same content will also be on Eurosport Player. But access is not free: you need to subscribe directly to watch on Eurosport Player, which costs £6.99 per month on a rolling plan (or £4.99 for an annual plan), or have the Eurosport 1 and 2 channels included in your TV package with Sky, Virgin or BT.

How to watch Wimbledon in the US

In the US, Wimbledon will exclusively be broadcast by ESPN and The Tennis Channel.

If you don’t have either of those included in your cable package, you can always sign up to ESPN+. This costs $5.99 per month, or $59.99 per year, but you can get better value if you sign up for the $14 per month Disney+ bundle that includes both ESPN+ and Hulu.

US fans can also subscribe to Tennis Channel Plus, though it’s not cheap at $110 per year. On the other hand this will let you watch over 100 ATP & WTA events, so it might be worth it if you’re a tennis devotee.

How to watch Wimbledon anywhere in the world

The good news is that it’s possible to watch Wimbledon from anywhere. The first thing to do is check the tournament’s official broadcaster list (though this hasn’t been updated for 2022, so may not be entirely accurate) to find out who has the rights to the tournament in your country.

Even if there’s no broadcaster where you live – or they’re tied to an expensive cable plan – you can always watch the UK’s BBC coverage from outside the UK.

To do so you’ll need a VPN – two good bets are NordVPN and SurfShark – to get around the geographical blocks put in place on BBC iPlayer – see our best VPNs round-up for more.

BBC iPlayer now also requires you to register for an account before streaming, which is done to ensure all viewers have a valid TV Licence. The BBC says that the aim of the account isn’t to pursue iPlayer users who haven’t paid for a TV Licence, but admitted that it will cross-reference the email addresses with people who’ve previously claimed not to need a TV Licence.

A second catch is that you’ll need to provide a valid UK postcode in order to sign up, which shouldn’t be an issue if you are simply holidaying outside the UK. Read more in our guide to how to watch BBC iPlayer abroad.

How to watch Wimbledon in 4K HDR

After successful trials for a few years the BBC is sticking to the same plan for the 2022 tournament. That means the tournament will be broadcast in 4K HDR, but the tech will be limited to matches on Centre Court.

Unfortunately, neither official US broadcaster will offer the 4K stream. So if you want to watch Centre Court matches in 4K from the States, you’ll have to use the VPN method above to access the BBC stream.

Naturally you’ll have to make sure you have a compatible 4K TV or streaming device plugged into a 4K TV, along with sufficient internet bandwidth to keep up with the stream. Check out our dedicated guide to watching Wimbledon in 4K Ultra HD and HDR for more info.

How to watch Wimbledon on catch-up

If you happen to miss a match you’ll find that programmes are available for a month following their transmission on BBC iPlayer, but note that the service’s Download and Series Record features are not usually available for sporting events.

To watch Wimbledon on a Windows, Mac or Linux PC, simply head to bbc.co.uk/iplayer for the desktop version of the site. Dedicated apps are available from Google Play and the App Store, while Xbox and PlayStation owners can stream content from Xbox Live or the PlayStation Network.

If the tennis match you’re after isn’t featured on the home page, search Wimbledon in the bar at the top right. The following screen will show the Wimbledon coverage that is currently available to watch. Scroll down to find and select the match in the list. Click the arrow in the video frame to begin playback.

Will there be spectators at Wimbledon 2022?

With the easing of Covid restrictions in the UK, Wimbledon will now be at full capacity for fans again. That’s great for anyone hoping to go along and watch, but also good news for an improved atmosphere when watching on TV.

How to buy Wimbledon tickets

The usual Wimbledon ticket ballot didn’t run in 2022, with the tickets instead offered to the winners of the 2020 ballot, since that tournament was cancelled (and they couldn’t be accommodated at the reduced capacity 2021 tournament).

However, after a year off last year, the legendary Queue has returned this year. That means that fans willing to stay the night (or brave a very early start) can try their luck at the gates on the day to buy either ground passes or tickets for each of the main courts. There will also be ticket re-sales during the day, as departing fans return their tickets to let more people attend.

Head to the Wimbledon site for more info on ticket pricing, how the Queue works, and other ways to grab tickets at the last minute.