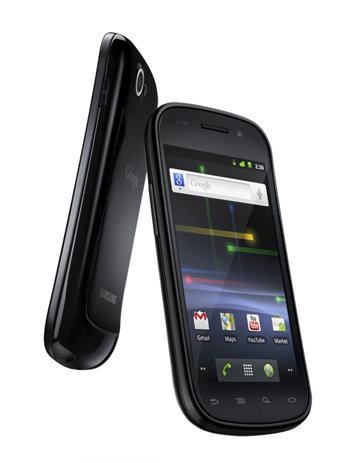 Google has revealed it will offer Ice Cream Sandwich, the latest version of its Android mobile platform, to owners of its Nexus S smartphone “within weeks”.

Google Android 4.0 was unveiled by the search engine last week, at the same time as the latest in its range of branded smartphones – the Galaxy Nexus – and features a redesigned user interface with improved multi-tasking, a Face Unlock function which uses facial recognition to unlock the handset and support for near-field communications that among other things allow smartphone owners to pay for goods and services by simply tapping their device on a special pad, and even share web pages and apps by tapping two smartphones running the OS together.

According to the Telegraph, Google’s product management director for mobile, Hugo Barra, confirmed the updated OS would be rolled out to Nexus S owners soon after the Galaxy Nexus hits shelves in November.

The Samsung Galaxy Nexus features a 4.65in super AMOLED display and a 1.2GHz dual core processor. Users will also benefit from a 5Mp camera with facial recognition and the ability to capture HD video at 1080p. It also comes with either a 16GB or 32GB internal memory. It is the second of Google’s branded smartphones to be manufactured by Samsung. The first, the Nexus S was released in December last year, and featured a 1GHz Hummingbird processor with dedicated Graphics Processing Unit (GPU), a 4in ‘Contour Display’, which Google claims is designed to fit comfortably in the palm of your hand and along the side of your face, along with a 16GB memory and front and rear facing cameras.

However, Barra said the Google Nexus One, which was the first smartphone launched by the search engine in January 2010 and manufactured by HTC, would not be benefitting from the update as it’s hardware is too old to run the mobile operating system.