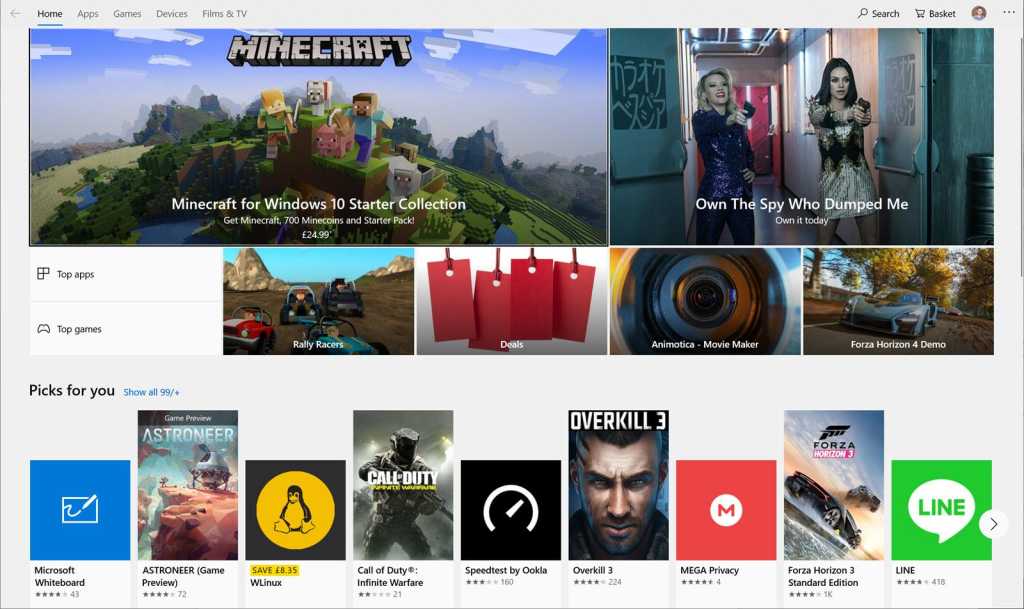 A lot of software is free these days. Much of the time, that’s because you are the product being sold: you get a free email account from Google for example because Google makes a lot of money selling advertising in Gmail.

Other free software offers just a few features and makes you pay if you want anything extra. But a lot of the best software and apps still cost money, and we’re here to help you spend it wisely. We’ll explain where to buy and how to buy it safely.

Unsurprisingly, most software is available exclusively via downloads now. It’s rare to find boxed software and even if you do, chances are that all you’ll find in the package is a piece of paper with a code on it and instructions on where to download it.

It makes sense: there’s no need to drive to a shop and buy a physical copy. Instead you can pay online and download the data immediately. This is better for the environment too, as there’s no pollution from your car, nor any packaging to recycle or dispose of.

Hardly any PCs or laptops have CD or DVD drives any longer, which makes it tricky to install software from a disc anyway.

And if you’re talking about a tablet or phone, downloading apps is the only option open to you.

Remember that you’ll need a decent internet connection to download large software packages, and some people prefer a physical disc as it means they always have a backup for future installation and a place to keep activation codes.

However, with downloads you’ll often find you can create an account on the software provider’s website which stores the same activation or registration codes and includes download links to various versions of the software.

In most cases you are buying only the right to use the software on a single device. Some products – antivirus software is a good example – are allow you to run the app on multiple computers, typically three or five devices, possibly even every PC, laptop, tablet and phone you own.

Other software, such as Adobe CC and Microsoft Office 365, works on a subscription model, which means you’re effectively renting the software and you’ll get regular updates to the latest version so long as you continue to subscribe.

Some types of software, including Windows clean-up utilities, sometimes include 12 months of updates and then ask you to pay again. They may continue to work, but you won’t get any new features.

Always check the licence terms before you purchase to ensure it is fit for your needs.

Where to buy software

Here’s the thing: there are thousands upon thousands of websites selling software. Ideally, it’s best to go direct to the source and download the software from the manufacturer’s website. This might not be where you’ll find the lowest price, but you don’t run the risk of receiving a code that doesn’t work or not receiving a code at all.

In the case of smartphone and tablet apps, you should install them from the app store on the device: Google Play on Android devices, the App Store on Apple devices and the Appstore on Amazon Fire tablets. It’s possible on Android to install apps directly from a website and other app stores, but you risk downloading software laced with malware and your phone or tablet will be pre-configured to block this kind of installation anyway.

Many of the apps you’ll download will be free. However, it’s worth noting that paid-for apps can only be installed on other devices that have the same app store. For example, if you buy a game in the Google Play store on your Android phone, you can’t then switch to an Apple iPhone and download the game again in the App Store. You’ll have to pay again.

This is frustrating, but it’s just the way it is. It’s one of the ways that Amazon, Apple and Google can dissuade you from moving to a competitor’s device.

If you have a Windows laptop or PC running Windows 10 you should see an icon at the bottom of the screen for the Microsoft Store. As with the app stores on your phone or tablet, you can be confident that installing anything from here will be safe.

But it’s worth checking the hardware requirements to ensure your computer can run the app before you spend money on it. That’s especially important for games which may be unplayable if your machine isn’t powerful enough.

Where to buy games

Talking of games, as well as the Microsoft Store, other places that are safe to buy games include

Games are almost the only type of software that still come on discs, though this applies only to games consoles, not PCs and laptops. Very few PC games are still available on DVD.

You’ll find there are lots of other websites that claim to offer cheap keys – or codes – for games. There’s certainly an element of risk buying these. Most such sites are merely marketplaces for third-party sellers and don’t actually sell the game keys directly to you.

So when you see a code for a brand new game offered significantly cheaper than everywhere else, be wary. You may receive a code which, when entered, gives you an error message saying “This code has already been activated” or “This code is for a different region”. Such codes are often bought in bulk from a region where they are available cheaper, and resold in regions where the game costs more. There’s a risk that the game developer could ban or block any keys that it finds are being misused like this.

If you’re looking for recommendations, check out our roundups below:

Before you buy and install software

Before you install anything, as well as checking the system requirements, search for expert- and user-reviews of the product in question. If a reputable site such as Tech Advisor gives a program a positive review – and better yet, hosts a download – you can have a good idea that it’s legitimate.

Regardless, if you have Windows, make sure your antivirus software is up to date. Back up of your important files and folders so that if something does go wrong you don’t lose anything. Most important: make sure System Restore is running and you have a recent restore point. This way you know that you can always roll back your PC to a time before you installed your new software.