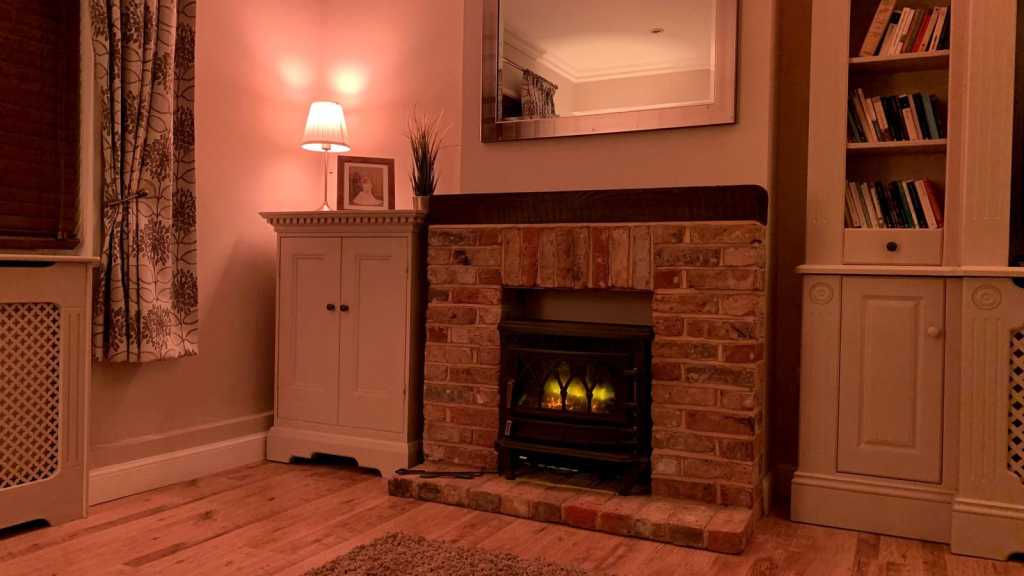 The biggest problem with smart home gadgets is that they all use their own app and you have to invest in extra devices, such as a smart speaker with Alexa or Google Assistant, to tie it all together. So if you’re planning to buy some smart lights, it pays to stick with one brand if you can.

LIFX isn’t quite as well known as Philips Hue, but it’s certainly one of the best if not the best choice for smart lights.

As is often the case, the best choice is also one of the most expensive. But thanks to a combination of top-quality colours (and whites), an impressive app and integration with smart assistants, it can be well worth the outlay. Plus, unlike Hue, you don’t need a hub: LIFX lights connect straight to Wi-Fi.

There’s no denying that kitting out your home with LIFX bulbs will put a serious dent in your bank balance but if you start small with the room you spend the most time in – probably your living room – you’ll quickly see the benefits.

The range of bulbs is fairly wide and you can go beyond that into decorative lights which don’t replace existing bulbs but are either a feature in themselves (such as Tile and Beam) or are LED strips designed not to be seen directly but to create a wash on your wall, ceiling or wherever you want light.

As you’d expect, LIFX offers standard bulbs that will fit into the most common fittings, including bayonet and Edison screw.

You have a choice of fixed white, customisable white and colour bulbs, with price increasing as the range of colours increases.

The range has been revamped for 2021 and is now a bit easier to understand.

The range starts with the White which is the most basic and also cheapest light that LIFX makes.

The White to Warm looks the same as White but allows you to adjust colour temperature from warm to cool white (1500-9000K), with 5000-6500K being ideal if you want to add some daylight to a dim corner, or you just want to be able to see clearly to work, cook or something else.

Through the app you can set Day & Dusk schedules so the temperature adjusts automatically throughout the day to roughly match the coolness or warmth of the sun’s light.

Colour (or Color in the US) again looks the same as those above and comes in the same fittings – E27 or B22 – but delivers ‘billions of colours’ as well as the range of whites.

This latest 2021 version (which replaces the older Mini Colour) offers 1000 lumens at maximum brightness, up from 800. So make sure you’re getting the new model if you order one.

If you’re the US, look for a slightly different model called the A19 which is virtually the same but offers 1100 lumens for $49.99.

For an extra £5 / $10 on top of the Colour A60 / Colour A19, you can get the Nightvision which adds infrared LEDs. As the name suggests, this is to provide light at night to help your security cameras see.

It’s intended for indoor use, but if you put it in a water-resistant luminaire, you can use them successfully outdoors as well, and as long as they’re not in a particularly restrictive luminaire, they really do help to improve night vision for any camera that supports that feature and has its own infrared LEDs.

LIFX now has an outdoor bulb: the BR30. This is even larger than the A60 and Nightvision and offering 1100 lumens of light.

It has the same features as the Nightvision models – colours, whites and infrared LEDs – but additionally has an IP65 rating so can be used outdoors in damp areas even if the enclosure isn’t waterproof.

The snag is that it only comes with an E27 fitting and, in the UK, is a lot more expensive than in the US.

If you’re looking for smaller bulbs, there are two Candle models (White to Warm and Colour) which have the smaller E14 screw (E12 in the US), and the colour model also comes in B15 bayonet in the UK.

The White to Warm isn’t available in B15, though.

Interestingly, the colour version isn’t the same as the E27 and B22 models: it offers 26 customisable zones so you can create some great effects. However, you’ll want to install it in a lamp with no shade so you can see the bulb itself.

The LIFX Multizone Lightstrip (formerly LIFX Z) comes in 1m or 2m lengths and offers 8 addressable zones per metre. That means you can pick 8 different colours if you want to. The 2m kit costs £79.99 / $89.99.

If you want some decorative lighting, LIFX offers Beam, an L-shaped customisable light bar which costs £179.99 / $149.99. You can read the full review of Beam for more details.

LIFX is pitching this, and the LED strips at gamers in particular and now offers integration with Razer Chroma so you can sync your lights with existing gaming gear.

Beyond these, the range varies from region to region, but the latest model is the Filament, offering a traditional look but with power-efficient LEDs. LIFX is far from the first company to offer a smart filament bulb, but it is planning to offer three versions: amber (shown above), clear and smoke. The bulb looks better than the equivalent Philips Hue filament – in this reviewer’s opinion – but the Philips is a lot cheaper. Though LIFX announced these new models a long time ago, they’re yet to go on sale in the UK.

Another one yet to appear is the LIFX Clean, a colour bulb which also claims to remove bacteria from surfaces using High Energy Visible light (HEV). To humans this looks blue and isn’t harmful, but it is to bacteria.

In early 2020 LIFX launched a completely redesigned app which is – in most respects – vastly superior to what it replaced. There are some aspects which could be improved (such as access to effects and how you apply them) but for commonly used controls such as turning on and off and dimming individual lights, it’s great.

You can use the colour wheel to select an exact shade, and the white one to do the same with whites. Themes are only relevant when you have multiple bulbs as one tap will automatically set a different colour for each light appropriate to that theme – Holiday, Hygge, Independence Day, Bias Lighting, Peaceful, Relaxing and more. If you  have a Lightstrip, this is a quick way to set the zones to different colours.

Grouping lights together allows you to control them on a room level, and you can set up schedules to turn lights on and off at set times. For all except the White bulb you can also set up Day & Dusk schedules which means the colour temperature will adjust automatically to match the light outdoors: cool for waking up, neutral during the day and incandescent in the evening.

In terms of those effects, they include animate, colour cycle, flicker, spooky, strobe and others. With visualiser, your phone’s mic is used to animate the lights to whatever the mic picks up: your voice, music or other noises.

When you tap an effect, you’re asked to pick a device, group or location to apply it to and it’ll run until you turn it off. Next time, the settings you previously chose will remain and it’s just a case of pressing the play button at the bottom to start it.

Animate is particularly good for the Lightstrip.

Effects are fun, and might be important to some buyers, but for most, simply having the ability to turn lights on and off, as well as adjust their brightness and colour, from the app or via Alexa, Google Assistant, Smart Things or Siri is plenty.

Compared to many less expensive rivals, LIFX bulbs are brighter and offer better quality colour. For example, try and set inferior lights to yellow and you’ll probably see something that you’d call green. But with LIFX, yellow is yellow, orange is orange, and pink is pink.

They’re reliable, too. I’ve been using them ever since the original was released and that particular bulb is still going strong some six years later.

Yes, you could choose Philips Hue instead, but if you’d rather not need a Hue Bridge and have lights which connect directly to your home Wi-Fi, LIFX is a great choice.