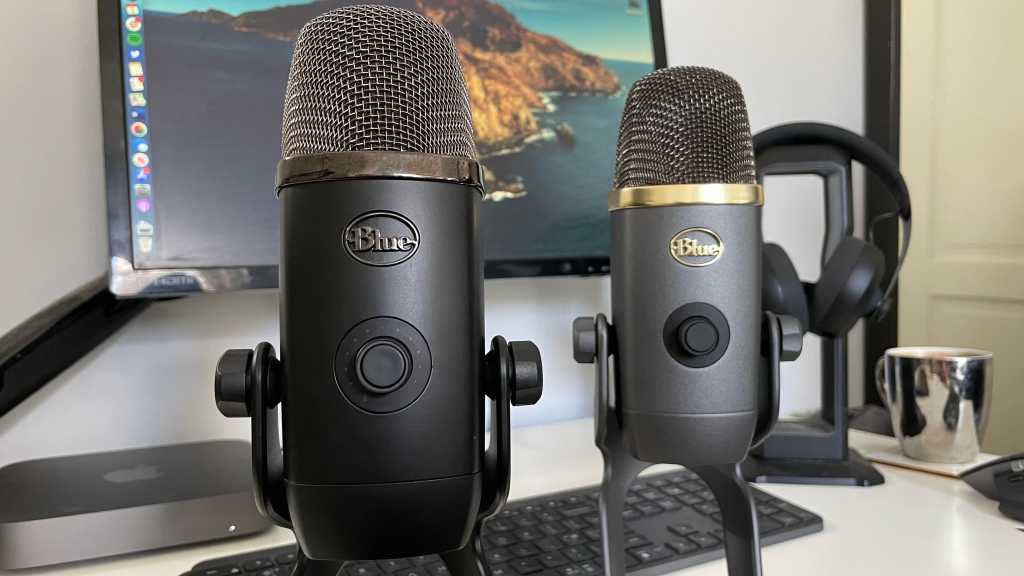 USB microphones are all the rage at the moment, offering a step up in quality from gaming headsets not only for livestreaming but video calls and podcasts too.

Essentially, if you’re looking to upgrade your current recording setup, a microphone is a relatively easy area to improve – the only problem is choosing which is best for your needs in a market filled with microphones of all shapes and sizes for all skill levels.

There’s not only the type of microphone to consider, but polar recording patterns, connectivity, compatibility with software and hardware and more, and it can be daunting for those new to the topic.

That’s where we at Tech Advisor come in; we’ve listed the best microphones for streaming and podcasting available in 2022, along with buying advice outlining the key things to consider when buying a microphone right now.

For more on getting started in the world of streaming, take a look at our selection of the best webcams and how to stream on Twitch too.

Best microphones for streaming and podcasting in 2022 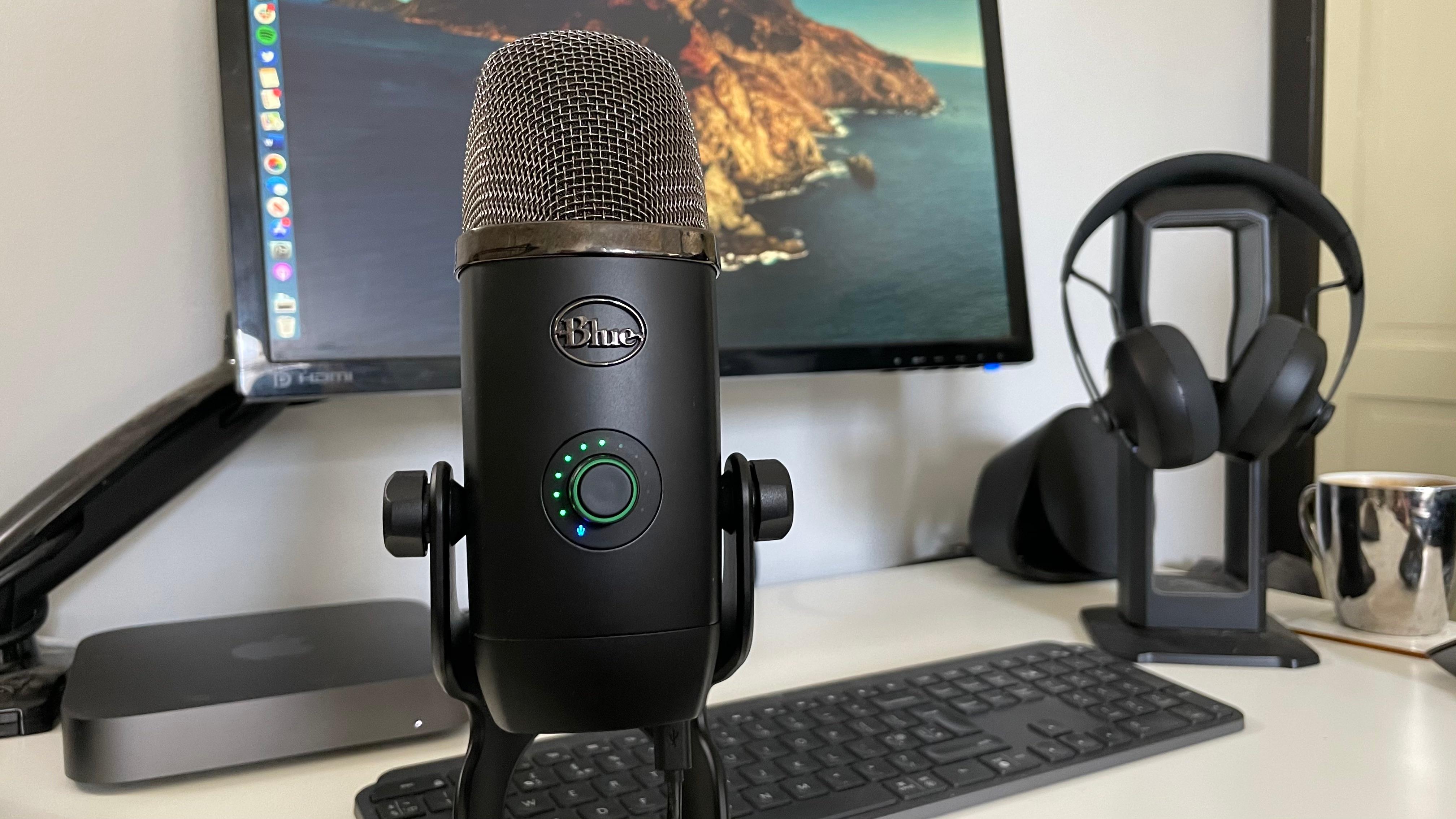 The Blue Yeti X is our top choice right now, and it’s not hard to see why. Aside from sporting a premium design that wouldn’t look out of place on a livestream, the Blue Yeti X is a versatile bit of kit, sporting a four-capsule condenser array and a variety of polar patterns including cardioid, stereo and omnidirectional to handle any recording situation with ease.

Admittedly, it doesn’t feature the 1/4in audio input of the Samson G-Track Pro, but where the Yeti X truly excels is in the software department. Blue’s VO!CE software is built directly into Logitech G Hub, allowing you to not only select a range of preset audio settings to get your voice to sound more broadcast-ready, but you can tweak advanced settings like noise gate, compression and more.

There’s also the World of Warcraft Edition that offers a bunch of WoW-focused features including a voice modulator that makes you sound like classic WoW characters, and a bunch of HD sound samples to use in your streams too. 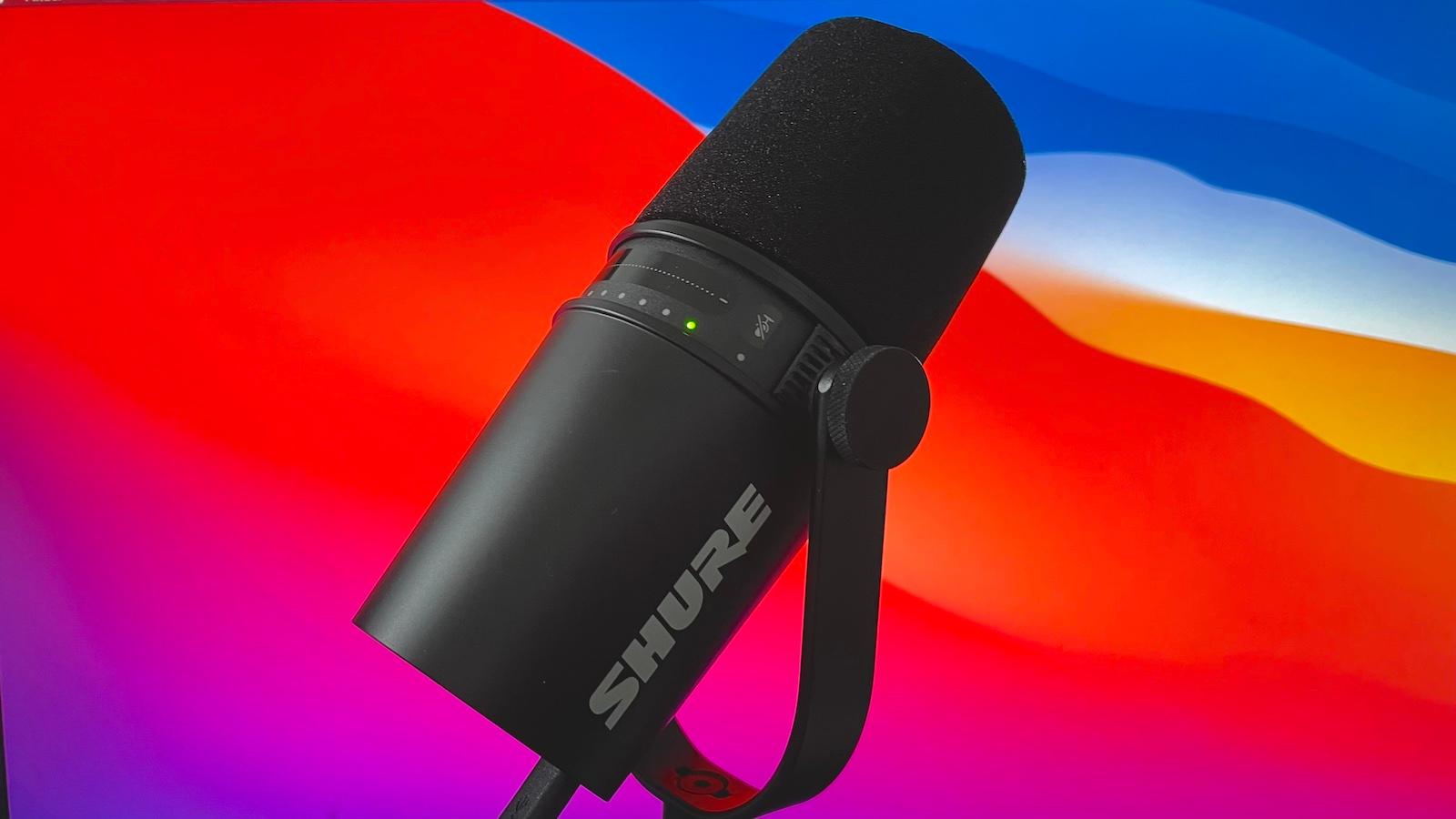 If you want to get the absolute most for your money and have a bit to splash, the Shure MV7 is a great high-end option with impressive platform support and futureproofing.

The highlight of the dynamic microphone is that it offers both XLR and USB connectivity, allowing you to start with the easier USB setup before graduating to a more complex XLR system further down the line without buying a new mic – and it also allows for simultaneous recording across both, much like taking a photo in JPG and RAW.

There’s also the bonus that the Shure MV7 works with PC, Mac and even iPhone, iPad and Android, with a dedicated app on each platform to tweak the output depending on what you’re after. The auto mode works exceptionally well, automatically adjusting settings like gain on the fly, and there’s a fully manual mode too.

The only potential downsides, aside from the high starting price, is the inclusion of a touch control panel in place of physical knobs, and the fact you don’t get a stand in the entry-level kit – you’ll need to pay an additional £20/$20 for that pleasure. If you can look over that, the Shure MV7 is an impressively capable mic. 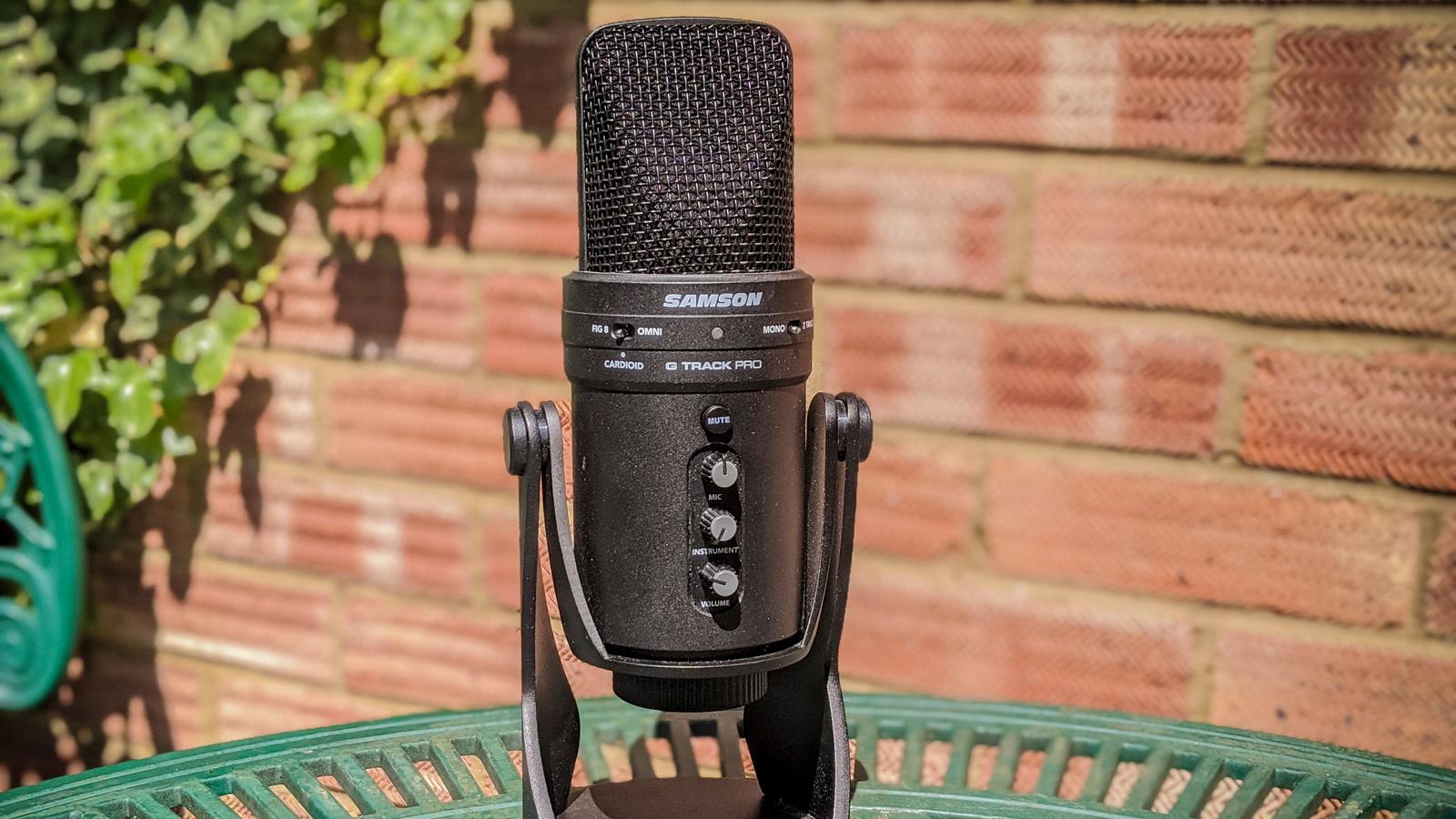 The Samson G-Track Pro is a solid option for musicians that want to record both vocals and instruments, featuring not only a range of polar patterns to suit podcasting, streaming and live performances, but also a 1/4in audio input. That means you can essentially plug in an additional mic, second audio source or even an instrument without having to invest in an audio mixer.

Most of the controls are on the microphone itself, allowing you to adjust levels on-the-fly, but that also means that there’s no dedicated software available for the G-Track Pro. If you want to further customise the audio, you’ll have to use software like Audacity or filters within your OBS software.

The only real downside is the cost, as it’s one of the most expensive mics in our chart. Still, if you’re going to get the use out of the additional audio input, it’s well worth the price. 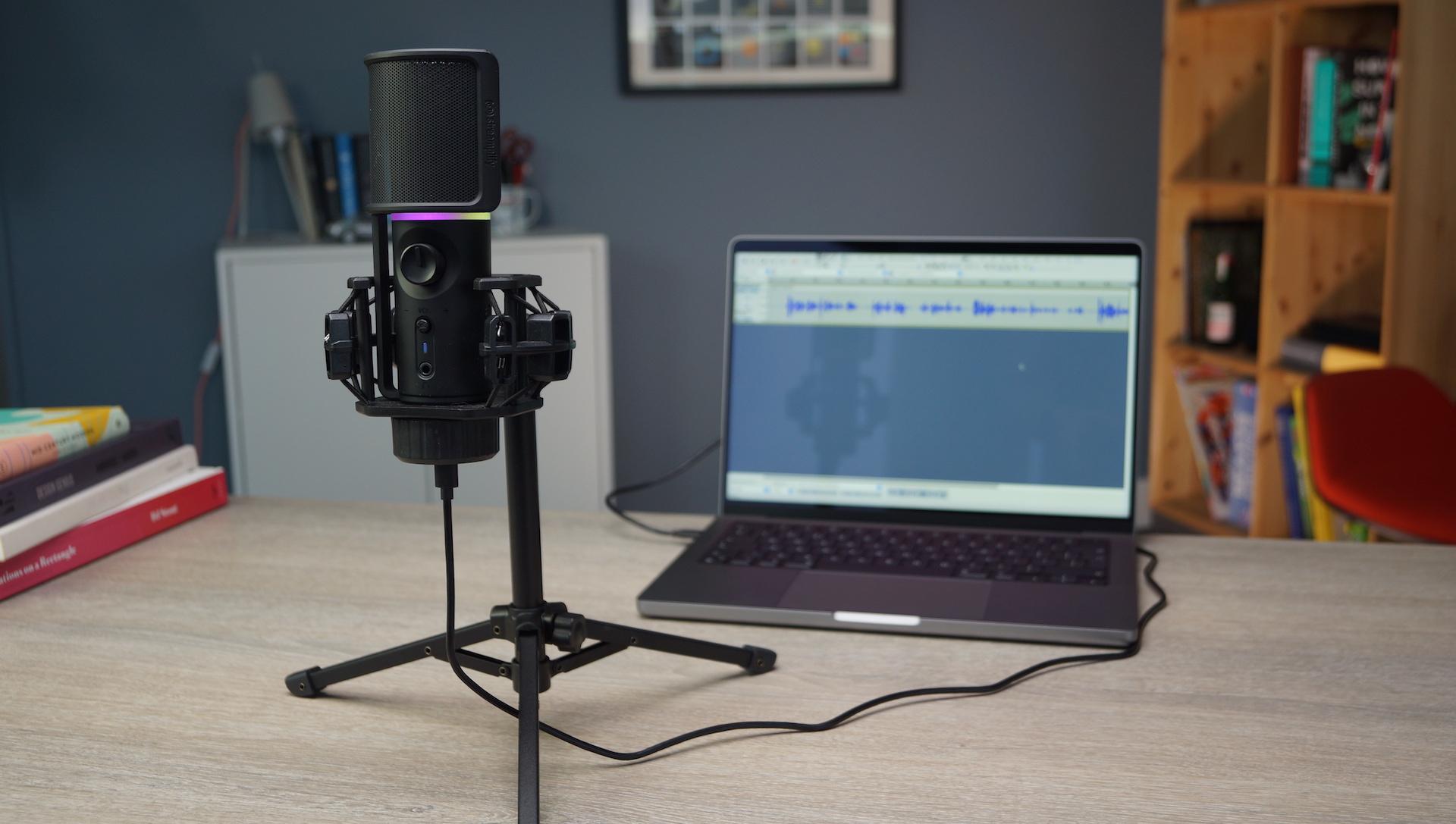 The Streamplify mic is part of a new range from Streamplify that aims to provide everything that a beginner streamer might need, from a mic to a webcam and even a green screen.

The mic itself is affordable, starting at just £59.95, and you can switch out the standard tripod for a boom arm for just £69.95, providing gamers with a versatile mic setup that doesn’t break the budget.

The mic itself isn’t to be sniffed at either; it’s all-black and compact, but thanks to a bright RGB ring that surrounds the mic, it’ll look great on livestreams. The only downside is, without companion software, you can’t customise the RGB patterns, though there are eight to choose from.

The use of a single capsule means the Streamplify mic only offers Cardioid recording, but it does that very well, with no real complaints about sound quality, and its plug & play nature means it plays well with most platforms – including the PS5. 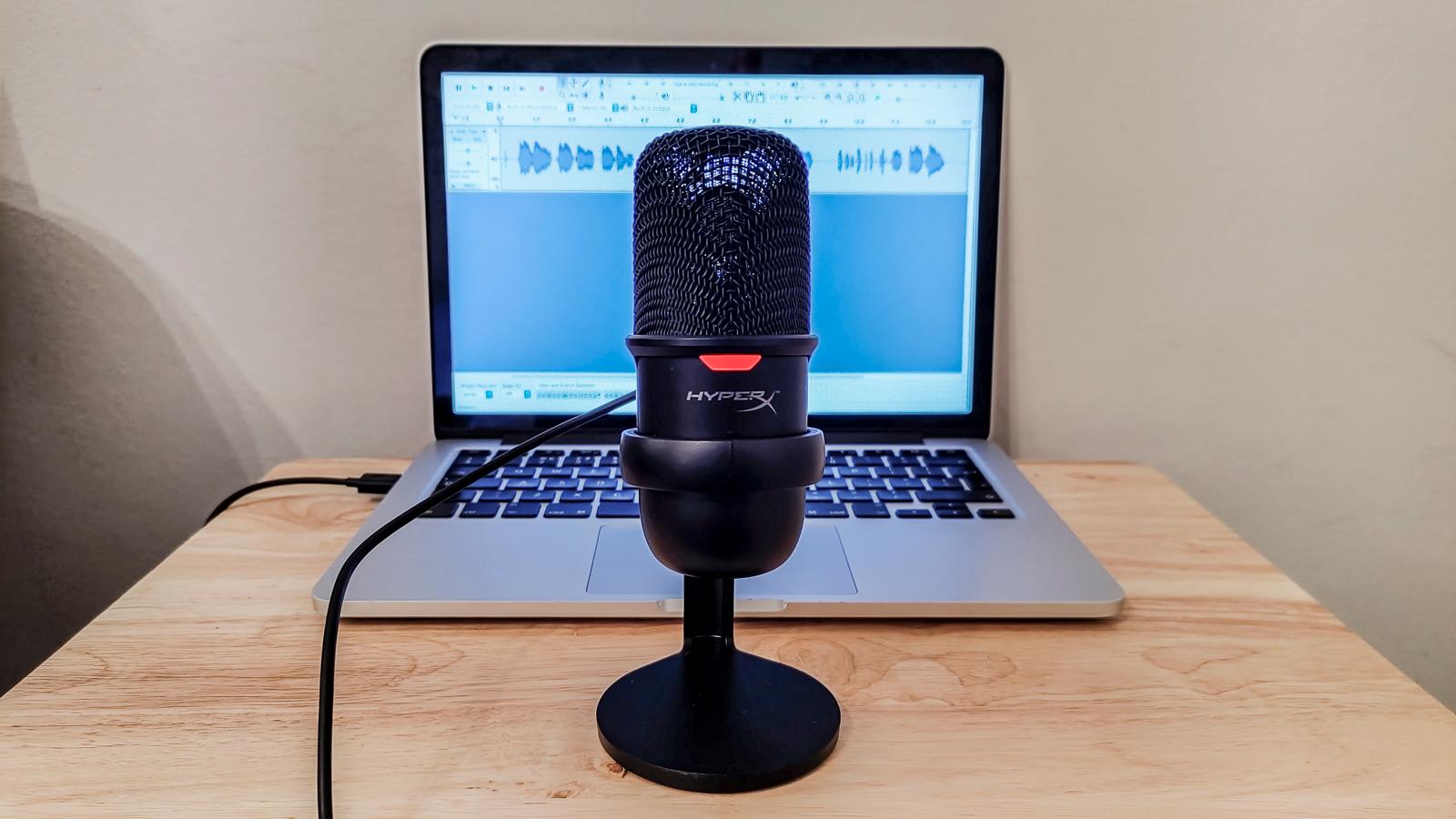 HyperX has dipped its toe into the world of USB microphones with the HyperX SoloCast, a budget-focused USB microphone. It doesn’t have the bells and whistles of mics two (or three!) times the price, but what it does offer is a lightweight, compact build, simple plug-and-play support and great audio performance.

The SoloCast might only offer a single cardioid recording pattern, but it’s ideal for podcasters and streamers just getting started, capable of recording crisp vocals with minimal background noise. It’s also platform agnostic, with the bundled USB-C cable compatible with both PC and Mac.

It might not have a companion app or built-in controls, but considering the performance and the cost, the HyperX SoloCast is one of the best affordable USB mics available in 2022. 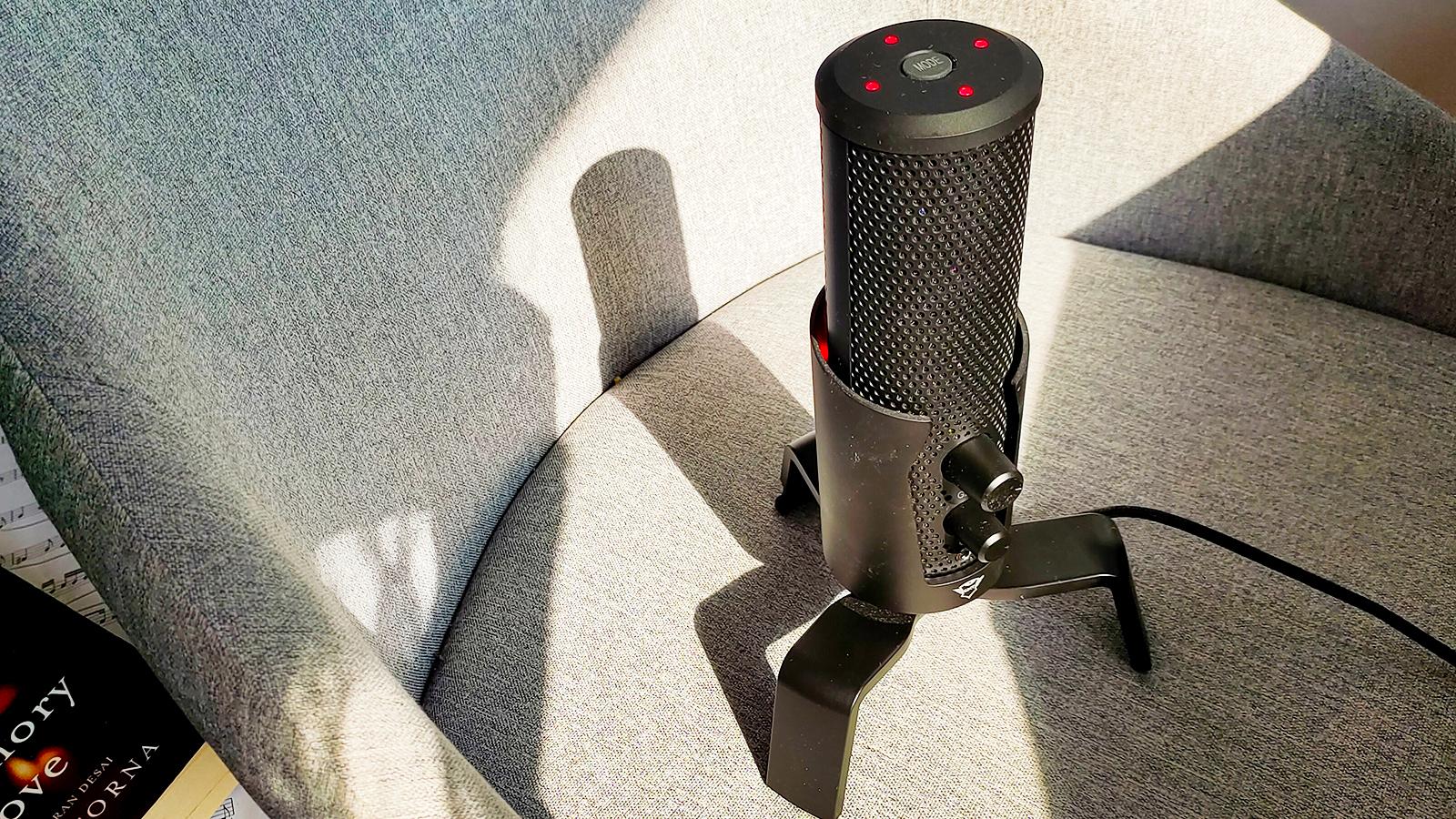 Trust Gaming may not be as well established as Blue or Samson, but the company produces a great selection of gaming accessories, including most recently, the Fyru GTX 256.

The USB microphone may not have the catchiest name around, but it does have built-in LEDs to make up for it. This won’t make much difference if you’re a podcaster, admittedly, but it could be a great addition to a budding livestreamer’s setup. The more LEDs the better, right?

Visuals aside, the Fyru GTX 256 offers solid audio recording capabilities, with four polar patterns to choose from, and the quality of the audio is solid too, although it may be a little on the quiet side for some. 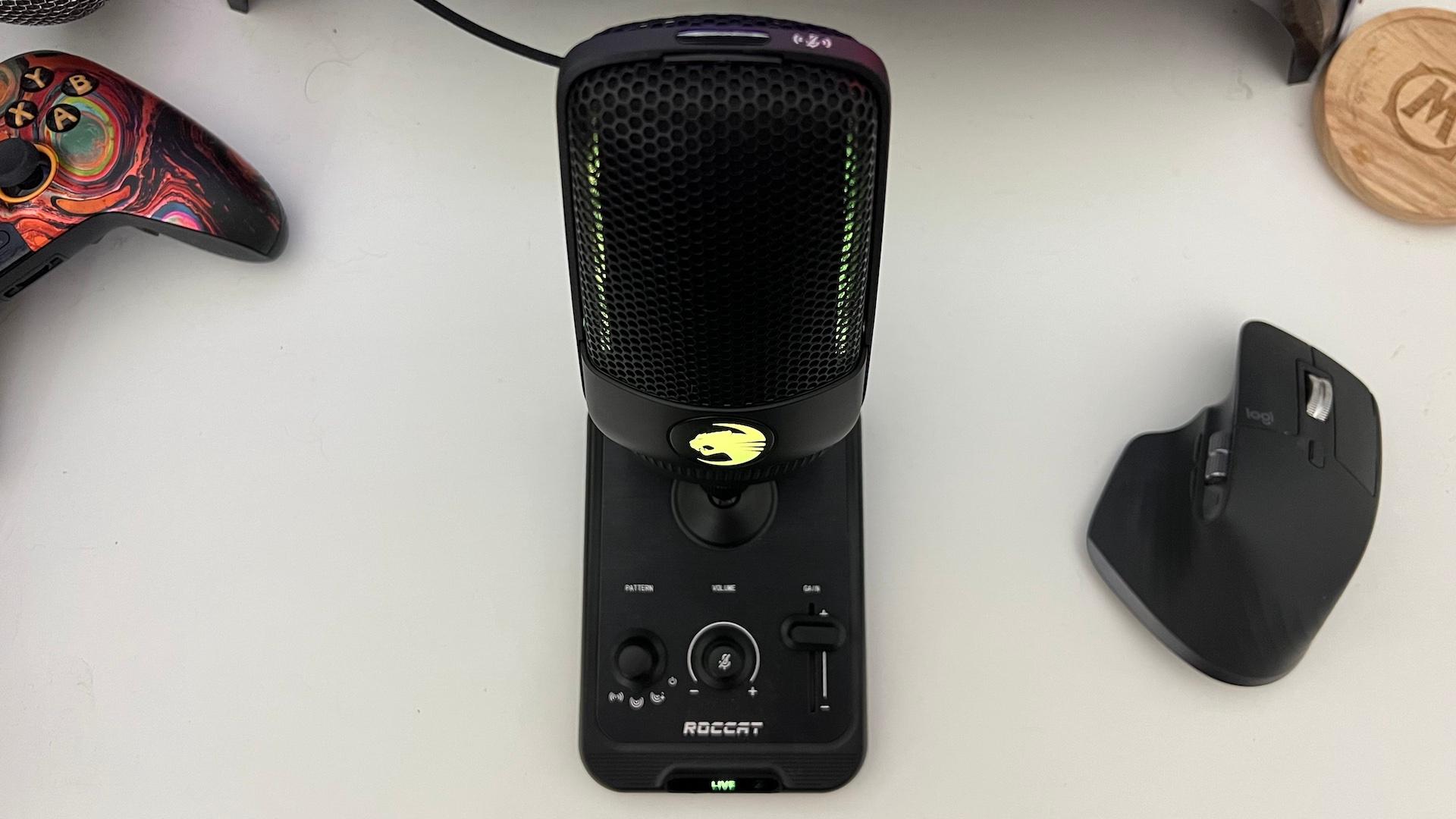 When it comes to entry-level USB microphones, the Roccat Torch is a solid option. With an affordable price that doesn’t compromise on features, it’s well worth considering if you’re new to the scene.

It’s unique compared to most other USB microphones on the market because, for one, it comes with a dedicated mini mixer. This negates the need to put controls on the microphone itself, and allows for better control, offering dials for recording patterns and headphone volume, and a full-size slider for gain control – a particularly handy feature for on-the-fly gain adjustment during recording sessions.

The downside is that, when directly attached to the mixer, the mic will pick up on the dial moments. That’s remedied by attaching the mic to a boom arm – which is a viable option – but it’s an additional cost on what’s supposed to be entry-level kit.

Crucially, there are three recording modes on offer – Stereo, Cardioid and Whisper – with the latter being exclusive to Roccat. It’s ideal if you have to whisper because you stream late-night or if you make those on-trend ASMR videos, but most will utilise the Cardioid pattern, which focuses on audio captured in front of the mic and not the entire room.

There are microphones with better build quality, more advanced features and higher quality audio capture, but the Roccat Torch hits the sweet spot for the entry-level consumer. 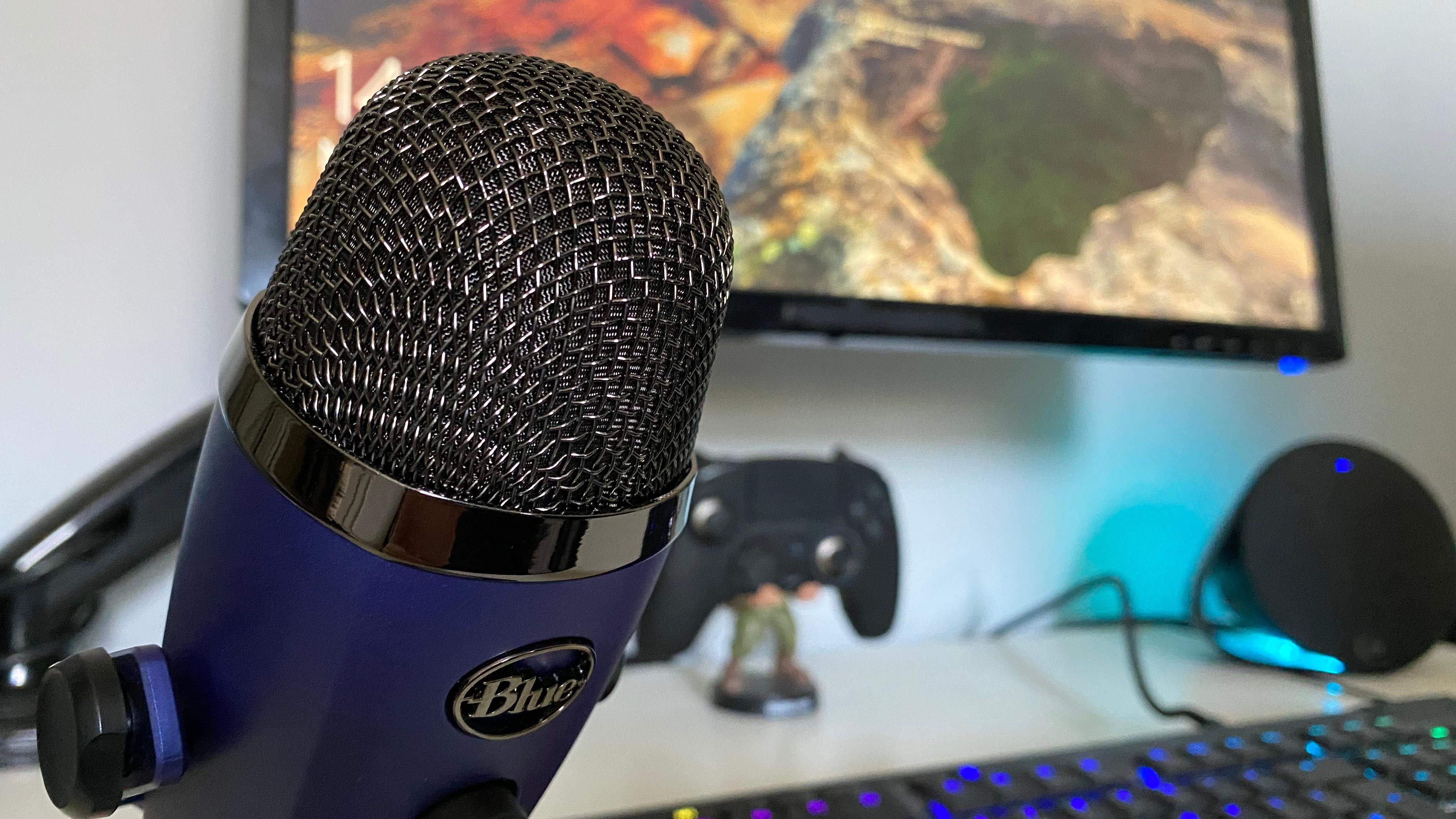 The Blue Yeti Nano is, as the name suggests, the smallest USB microphone in our chart, making it the perfect option for those without desk space to spare.

It’s not quite as capable as the Yeti X, featuring a two-capsule condenser array, and it doesn’t offer quite as many polar patterns either (sticking to Cardioid and Bidirectional) but it is the cheapest of the range and it performs well when recording a single speaker.

The only real downside is that the Yeti Nano isn’t compatible with the Blue VO!CE software for PC, limiting what you can do with the microphone without post-production editing.

It can be complicated working out what microphone is best suited to your needs, especially if you’re just starting out, so let us explain some of the key features to consider when on the hunt for a great microphone.

The biggest feature to consider when buying a microphone is the available polar pattern. If you’re only looking to stream or record a single person, a microphone with a Cardioid polar pattern should suffice, but those wanting to record live musical performances or two-person podcasts require an option with multiple polar patterns, ideally Bidirectional and Omnidirectional.

The next thing to consider is how you want to hook the microphone up. The two main choices are USB and XLR. We focus on USB-connected microphones in this chart as they offer plug-and-play compatibility with most operating systems and software, making them ideal for beginners, but XLR has benefits like offering compatibility with physical audio mixing boards.

If you’re looking to expand your audio setup in future, XLR may be the way to go – it’s rare to find physical audio equipment compatible with USB microphones.

You’ll also have to decide on the type of microphone to go for; condenser or dynamic. Most USB mics are condenser mics, as these allow for multiple polar patterns, offer excellent capture quality and they’re sensitive enough to pick up the smallest of sounds too. Condenser microphones are certainly the more versatile of the two.

Dynamic microphones, on the other hand, offer superior noise rejection (most microphones used by musicians in concerts are dynamic) and they generally sound warmer than condenser mics too. The downside is that USB dynamic microphones are rare – although not unheard of – with most requiring XLR connectivity to function.

Also, as with most tech, we’d recommend staying away from the cheapest microphones you’ll no doubt find online. With the rise in popularity of streaming and podcasting in recent years, some are looking to cash in on the interest with poor quality microphones that promise the world and deliver very little. You won’t find any of those in our chart, thankfully!