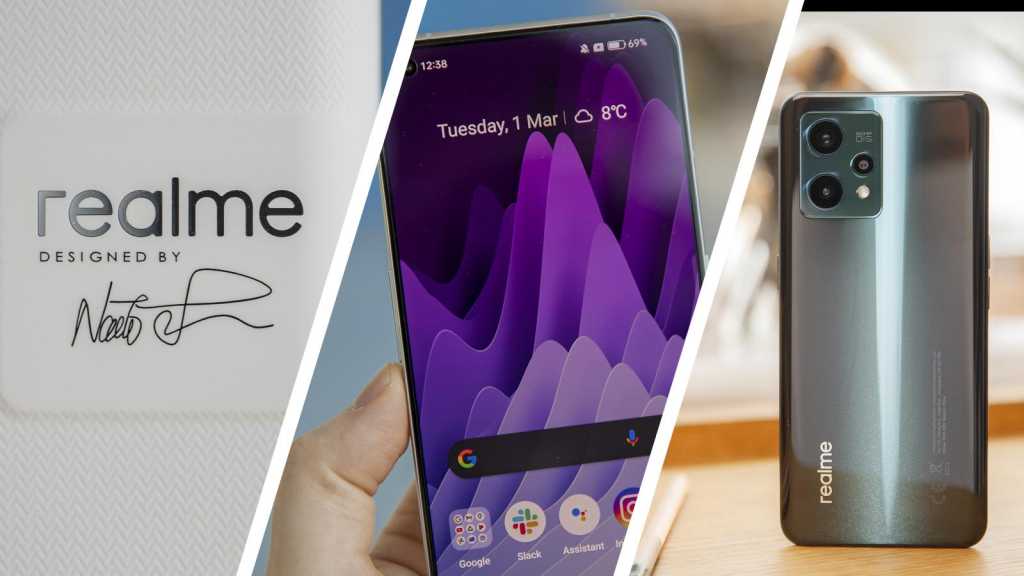 Realme is a relatively recent player in the smartphone market, but this Chinese upstart has shaken up the mobile industry with a range of unique and often high-specced phones at competitive prices.

That’s part in thanks to Realme’s connection to Oppo. Realme founder Sky Li was previously an Oppo vice president, and the two companies still share some R&D, engineering, and distribution infrastructure, most obvious in the way that Realme UI is remarkably close to Oppo’s ColorOS – no bad thing.

Like Oppo itself, Realme has more recently pushed into Europe and has expanded its product portfolio beyond just phones to include offerings like true wireless headphones, tablets, and smartwatches as well.

If you’re not set on Realme just yet, remember to check out our pick of the best budget and best mid-range phones for more options at similar price points. 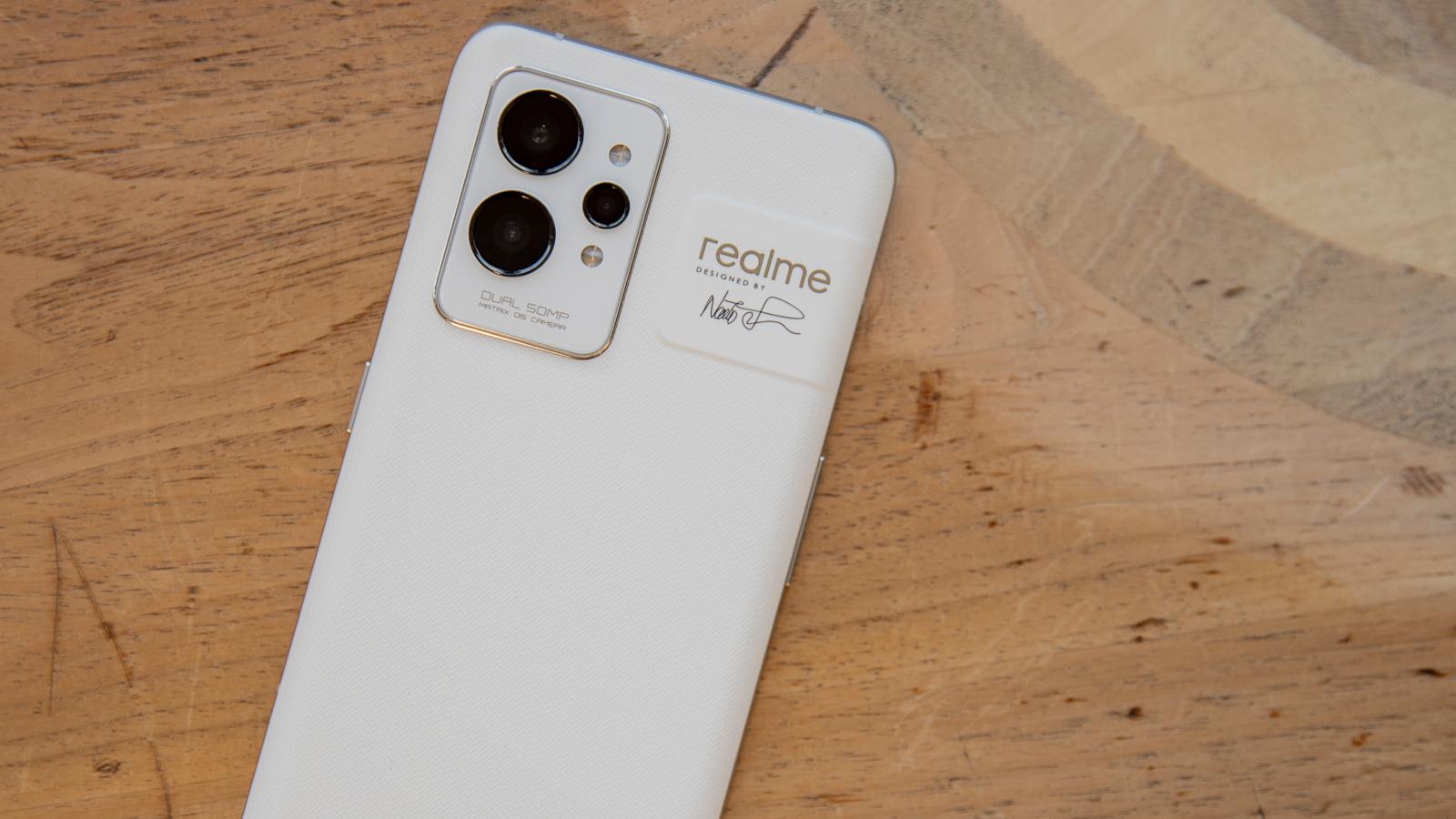 The GT 2 Pro is Realme’s first true flagship, with the Snapdragon 8 Gen 1 chip inside.

The WQHD+, LTPO AMOLED display is Realme’s best yet, as is the 50Mp triple rear camera system, and you can pair the phone with plenty of RAM and storage.

The only real concessions here are that there’s no waterproofing or wireless charging, but otherwise this is a flagship to compete with the industry’s best. 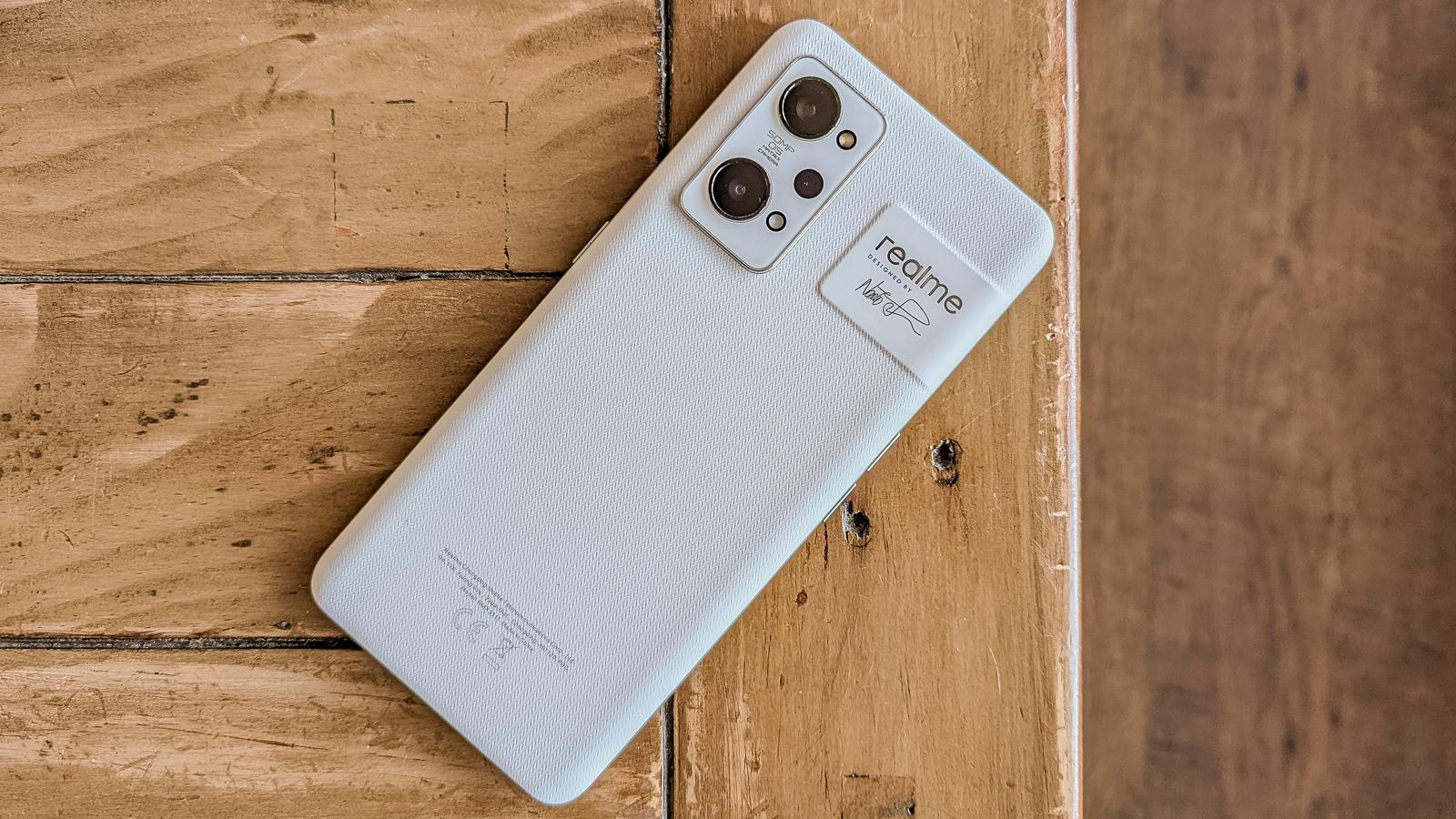 The Realme GT 2 is a slightly odd phone, in that outside of the design it actually has more in common with last year’s Realme GT (which you’ll also find on this list) than it does with the GT 2 Pro.

Yes, it looks like its Pro sibling, but with a Snapdragon 888, 120Hz AMOLED display, and 65W charging the insides look a lot like the older phone.

There are upgrades though, with a bigger 6.62in screen, larger battery, and a re-tuned camera – the 50Mp main sensor here impresses, though the ultrawide and macro alongside are less exciting. 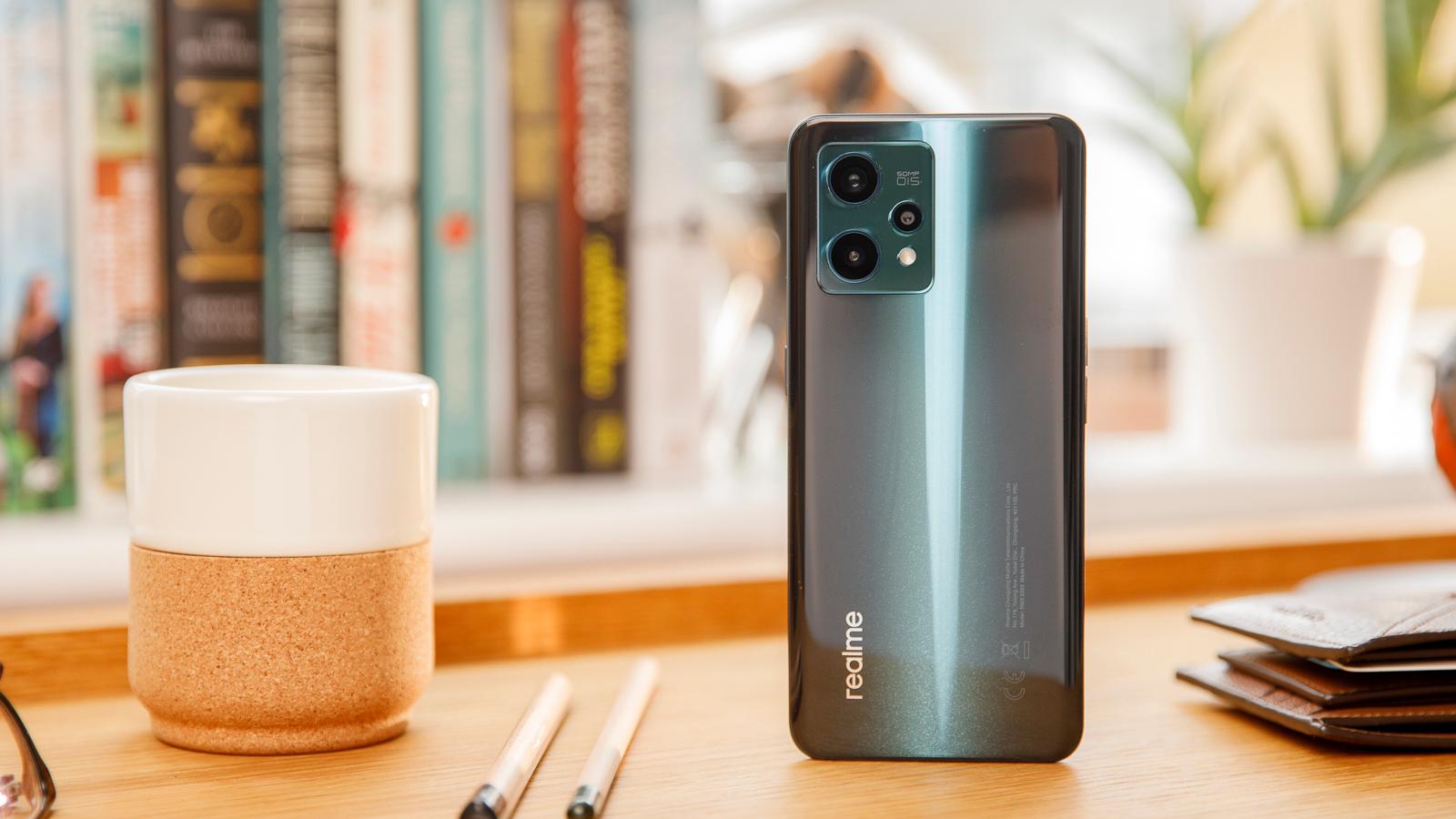 The Realme 9 Pro+ is the top model in the company’s budget 9 series, but that means it’s really a mid-range option.

The 90Hz AMOLED display is impressive, as is the 50Mp main camera – though the other lenses aren’t much to write home about.

You may also enjoy the phone’s unique UV-reactive colour-changing design, though note that it isn’t available on every finish. 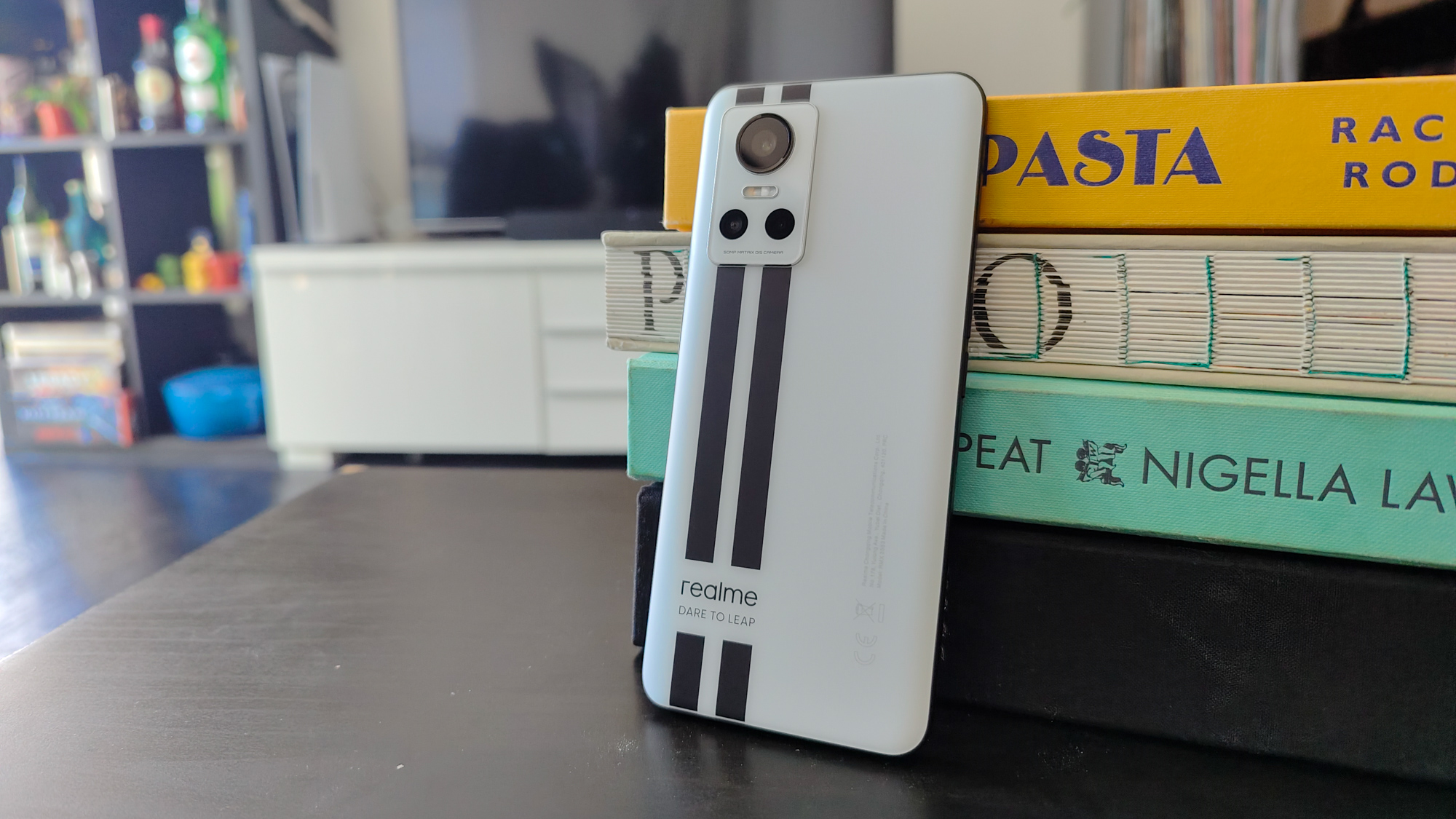 The Realme GT Neo 3 is all about speed – right down to the racing stripes emblazoned across the back.

Strangely the phone is available in two versions worldwide, though the most exciting is the version that offers 150W wired charging – the world’s fastest right now. That’s enough to net a full charge of the battery in less than 15 minutes, and get half back in just five.

The trade-off for that fast charging is a slightly smaller battery, but longevity is still decent enough. The phone is fast elsewhere too, powered by the flagship Dimensity 8100 chip, and has a decent main camera too – though the ultrawide and macro lenses aren’t up to much. 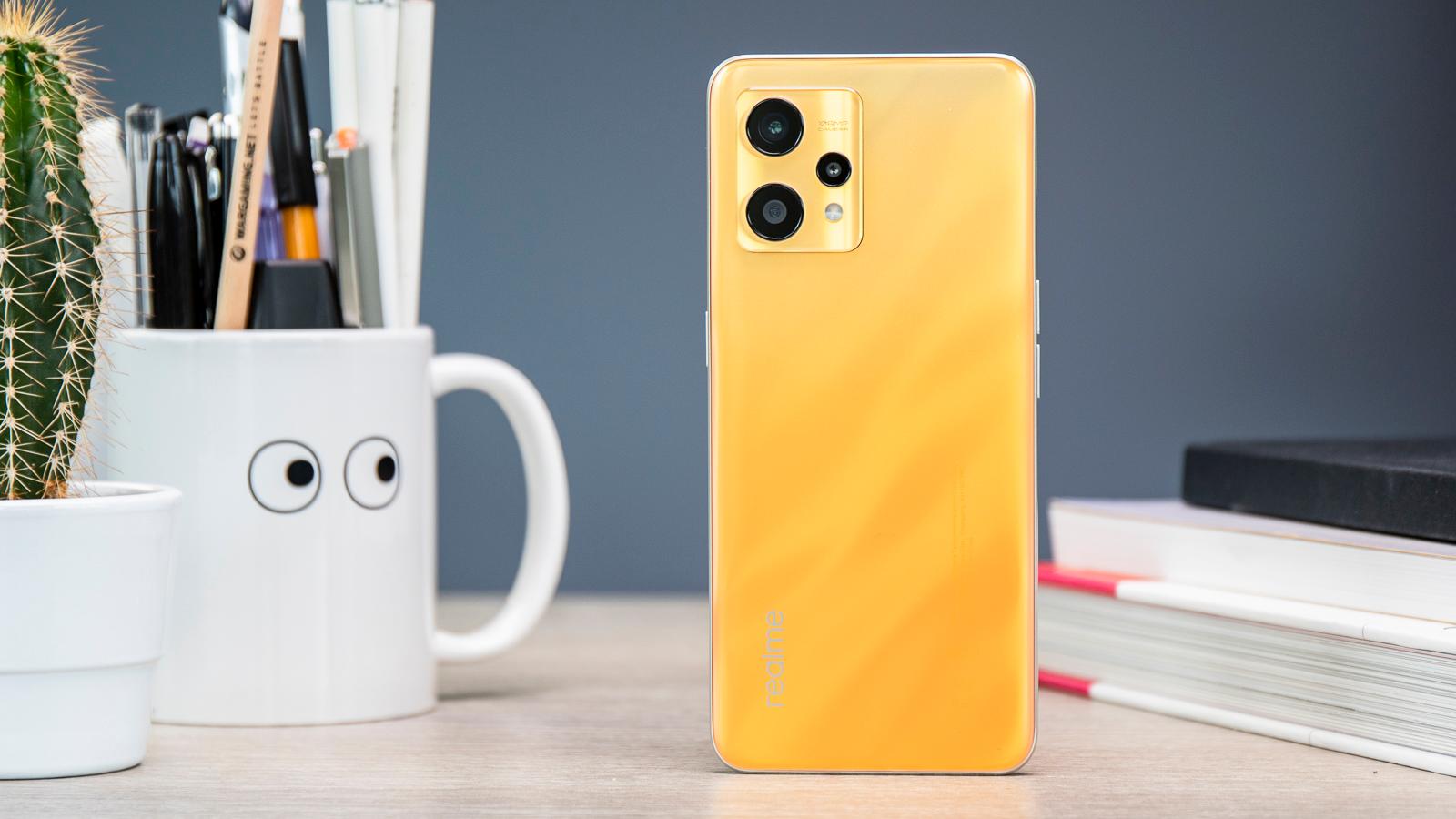 The Realme 9 sits at the heart of the company’s 2022 line-up, and this budget offering is still something of a crowd-pleaser.

By sticking with 4G, Realme was able to spare more budget for the display, battery, and cameras – all of which are excellent for the price.

Of course, some will miss 5G, and we’d love to see a slightly faster chipset (not to mention an upgrade to the frankly unreliable under-display fingerprint sensor). Overall though, this is a well-balanced option and a reminder that 4G phones aren’t gone yet. 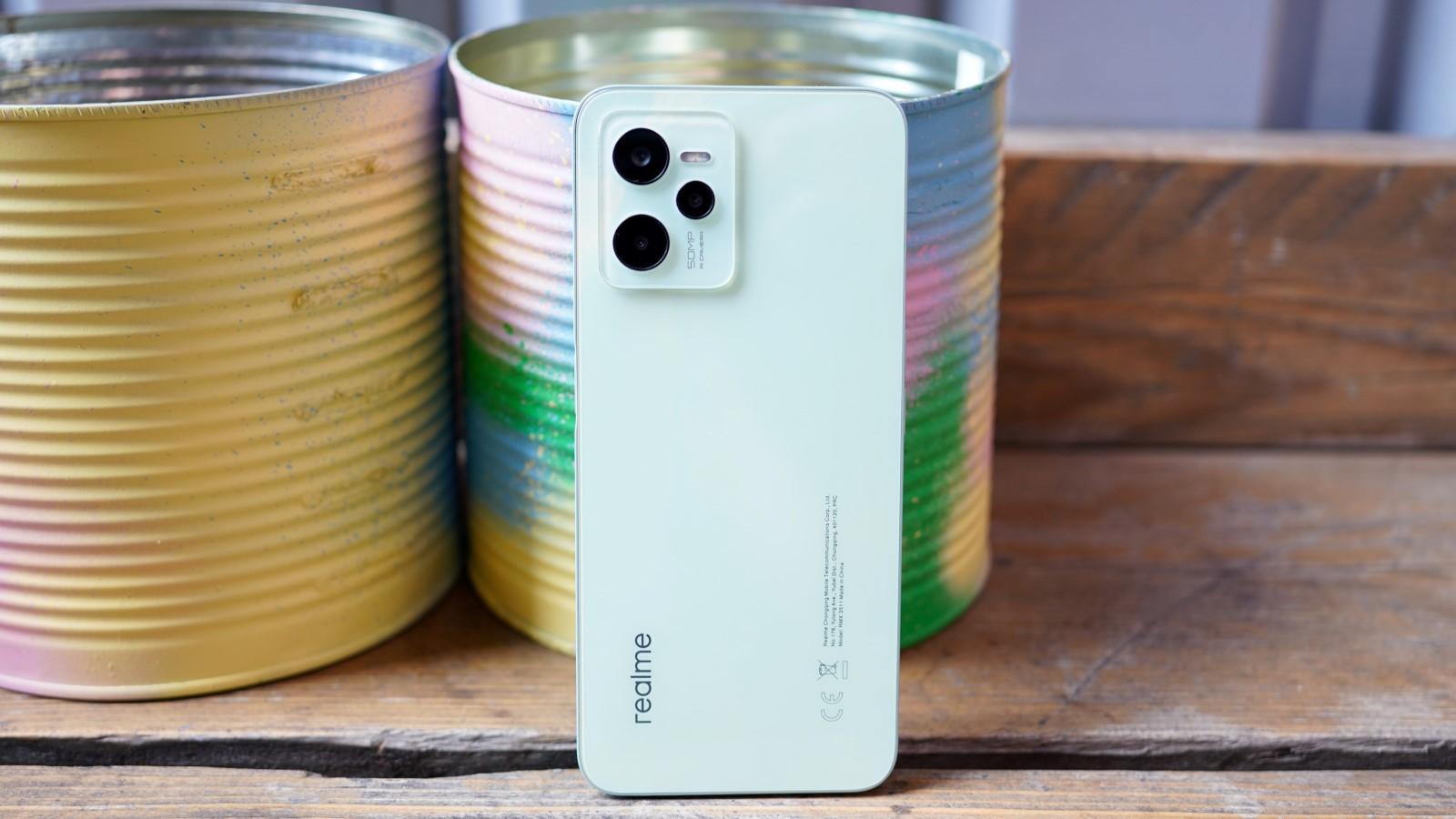 MSRP: Unavailable in the US
Best Prices Today: $190.00 at Amazon

This is one of the company’s absolute cheapest phones, but despite that it still offers a Full HD display, 50Mp main camera, and an attractive, distinctive design.

There are limitations of course. Performance is basic, with a bit of stuttering as you use the phone, and there’s no 5G either. The display is held to 60Hz refresh rate, and while battery life is good, some other budget models do better.

Still, few phones this cheap offer as much. 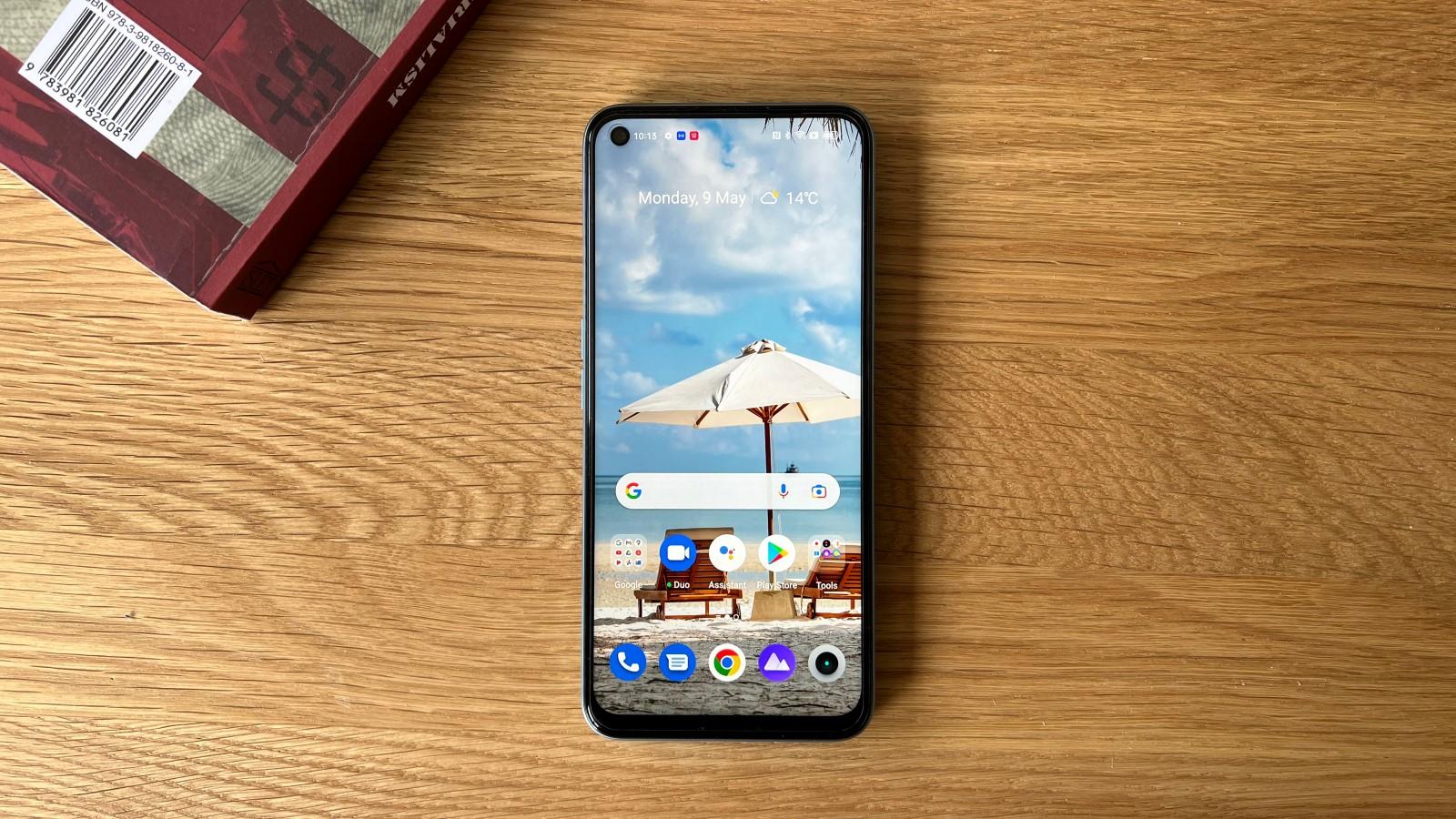 The Realme 9 Pro isn’t the most powerful phone in the 9 series – that’s the 9 Pro+ – but it’s not far off its older sibling.

It boasts the same colour-changing design, and packs a big 5000mAh battery, 33W charging, and 120Hz display – though it’s only LCD.

The triple rear camera isn’t as capable as the version on the Pro+, but it’s really not bad for the price. And while the Snapdragon 695 chipset isn’t the fastest, it does bring with it 5G support.

8. Realme 9i – Best for cheap storage 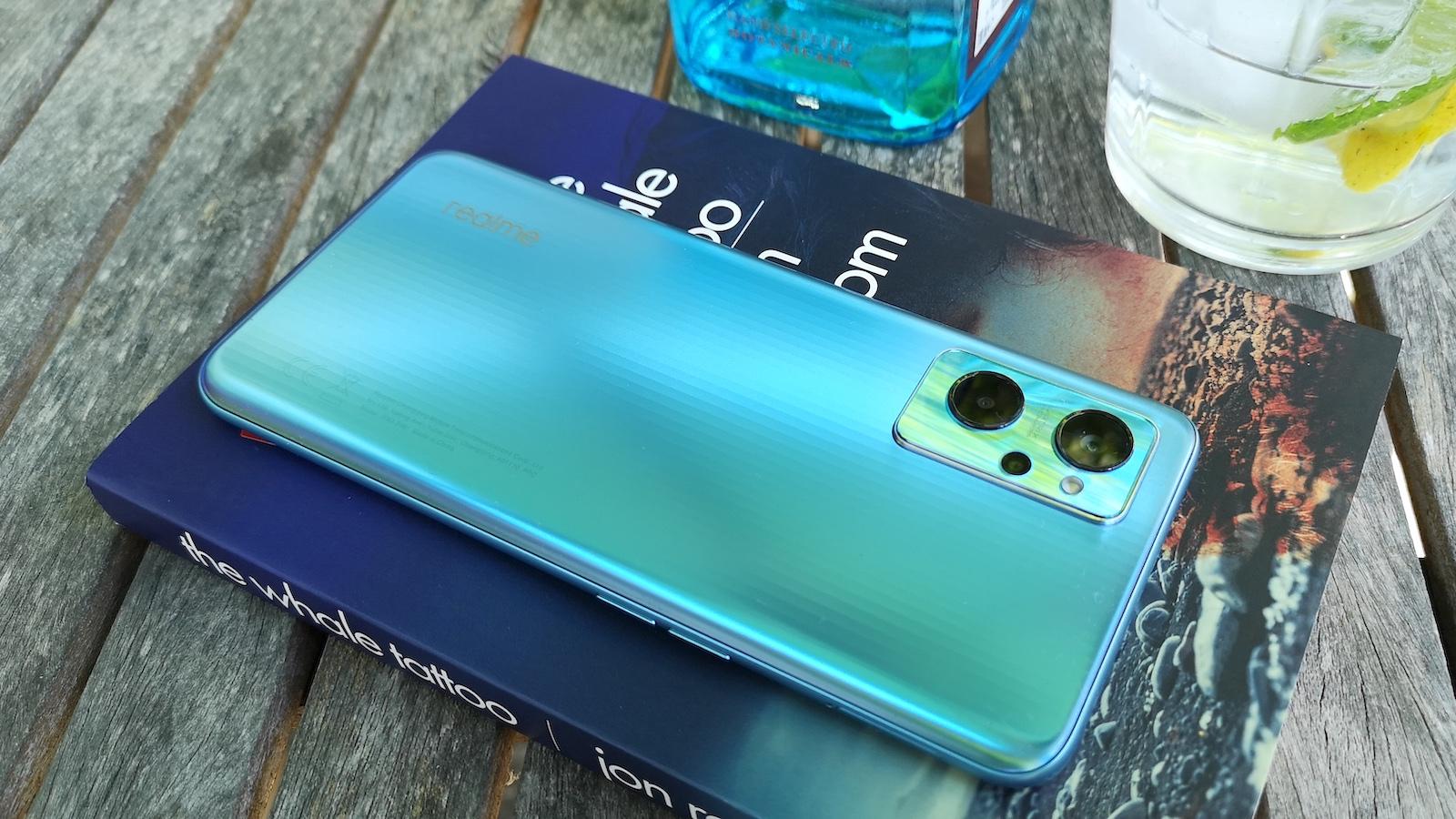 MSRP: Unavailable in the US
Best Prices Today: $205.00 at Amazon

The Realme 9i is the cheapest phone in the company’s 9-series, designed to appeal to budget buyers – though still runs a little more expensive than the super cheap C-series.

The 9i doesn’t include 5G, and performance is unsurprisingly limited, but there’s a lot else to like here. The design is pretty decent for one, and like most cheap Realme phones the battery life impresses too. It’s also welcome to see a generous 128GB storage included as standard – not always the case at this price.

Read our full Realme 9i review 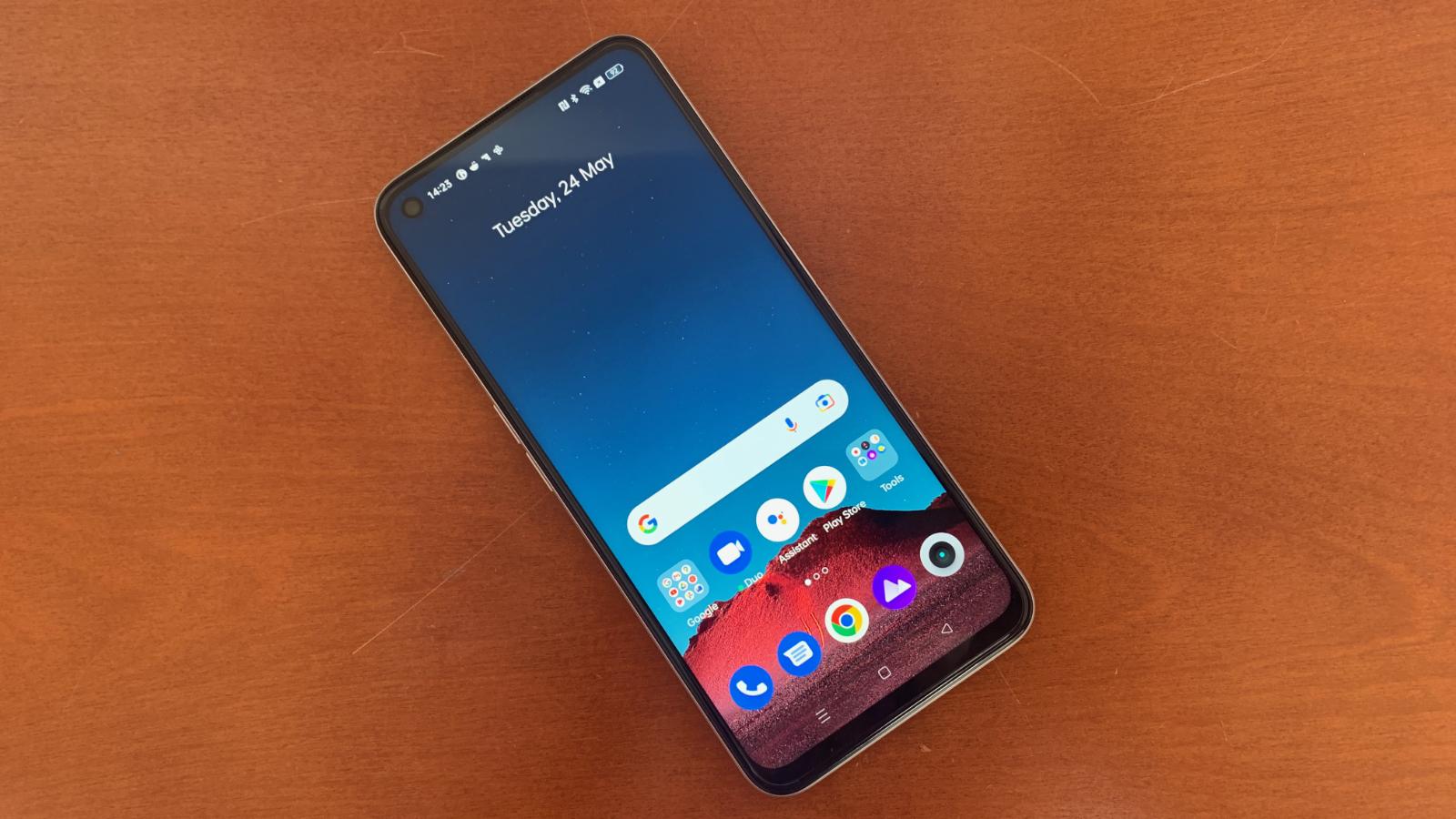 You see, Realme decided to add 5G without raising the phone’s price – which means it had to make compromises elsewhere, and in fact this is an almost entirely different phone to the regular 9, with a different chipset, an LCD display (but at 120Hz), and slower charging.

Still, it’s not a bad balance of specs for the price. The 50Mp camera is still capable of some lovely shots, and the big 5000mAh battery will last for ages.

Note: This is the European version of the Realme 9 5G. Realme sells a different phone under the same name in India, which we have not reviewed. 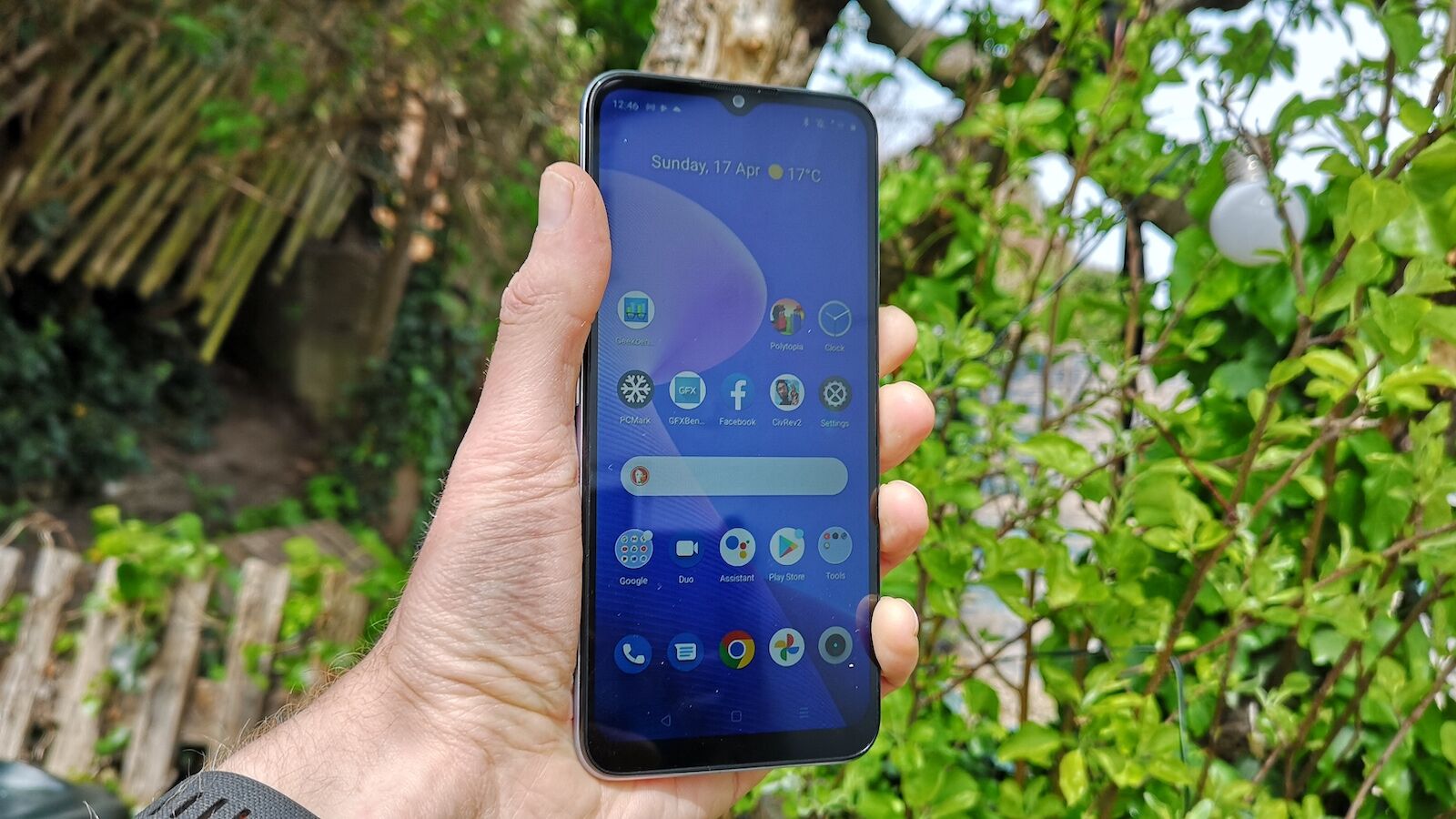 The Realme C31 is one of the cheapest phones around right now, so it’s understandably a little limited – but it’ll do the job if your budget really won’t stretch any further.

We’re fans of the phone’s design given its low price, and you’ll also get excellent battery life.

Other specs, from the display to the cameras, are less exciting. If you can afford the slightly pricier C35 we think it’s worth the stretch, but budget buyers shouldn’t rule the C31 out.