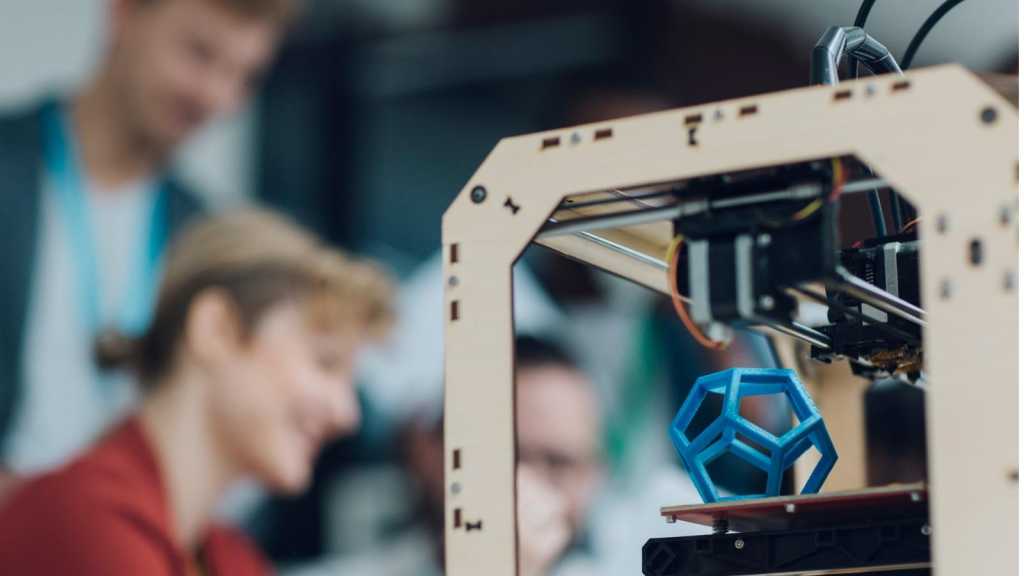 After years of hype, 3D printing technology has come into its own – and is now being used to quickly design and manufacture equipment in the face of the current COVID-19 pandemic.

3D printing typically refers to the process of converting digital blueprints into three-dimensional solid objects by layering additive materials on top of one another. Organisations may use it during the planning stage for small-scale prototypes, others may use it to develop tools or architect features, and some may opt to run the whole end-to-end design process through 3D printing.

Although the technical capabilities of 3D printing have become more affordable and widespread in recent years, the 3D printing process goes back as far as the 1980s, when the first additive manufacturing equipment was developed.

Here are a few of the most creative 3D printing uses so far.

Read next:  Can 3D printing live up to the hype?

Healthcare is being transformed with 3D printing, and there are applications being adopted across the UK as to rapidly respond to the challenges surrounding the COVID-19 outbreak.

Ricoh 3D, a Telford-based company, announced last week that it will be providing NHS staff with 40,000 3D-printed face shields a week in order to stay protected against COVID-19.

According to the company, the 3D-printed shields will offer a re-usable solution that also cut long-term costs.

“We were seeing reports of nurses faces being cut and bruised by their existing protective equipment,” Mark Dickin, additive manufacturing and moulding specialist at Ricoh 3D, said. “Our frontline workers are battling enough already, without having to tend to sore and swollen faces at the end of a 12-hour shift.”

Other 3D-printing companies supporting public health organisations include startups such as Edumaker and Tocabot, who set out to redress the lack of Personal Protective Equipment (PPE) for health service workers.

On the other end of the scale, enterprise giant IBM announced an employee-driven project to create 3D-printed face visors for health service staff. In the early stages, 20 visors were sent to staff at University Hospital Southampton, and subsequently, over 300 visors have been developed and distributed.

The visors are made from three components: a 3D-printed frame, an acetate sheet, and an elastic strap to secure the frame. Initially, IBM staff were using their own supplies for development but they have since requested crowdfunding on GoFundMe for mass production.

Pre-pandemic, the NHS began trialing 3D-printed bionic hands for children in partnership with a Bristol-based startup, Open Bionics in 2017.

The use of 3D printing for prosthetics means more lightweight designs as well as lowering costs from what is normally priced at up to £60,000 down to £5,000 using a 3D printer.

3D printing has also been used as a way to help surgeons when planning to carry out a transplant as a 3D model can be used in the pre-planning phase of complex surgery. Guy’s and St Thomas’ NHS Foundation Trust were the first to carry this out using Stratasys multi-material 3D printing technology. 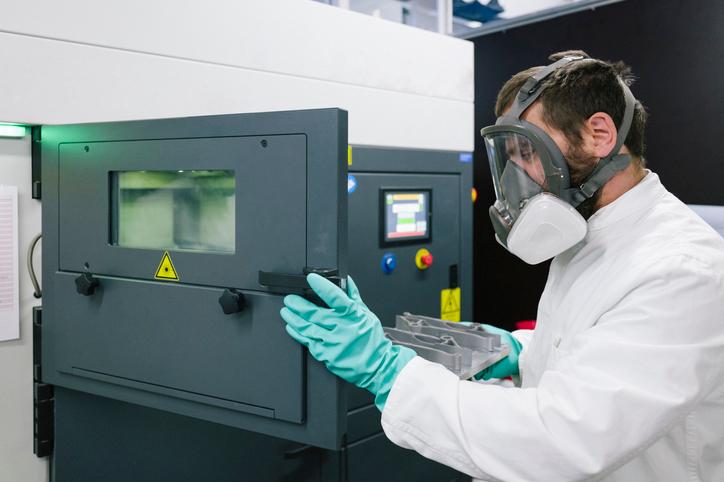 UK startup, SYS Systems, has been providing its 3D printing solutions across a number of industries starting with Aerospace. 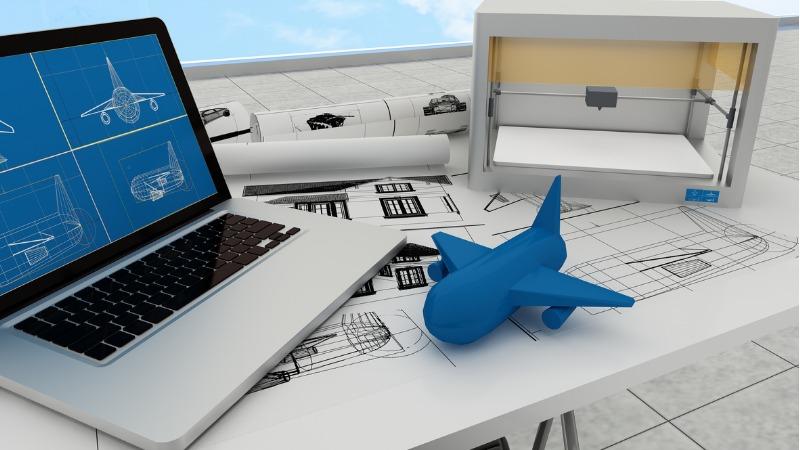 3D printing has delivered a lot of opportunities in the aviation and manufacturing industries, with many big names using the technology to their advantage.

The technology has found a niche in aircraft manufacturing – for example, Finnair has used 3D printing for small-batch manufacturing in its Airbus A320 aircraft.

The airline has integrated 3D printed spacer panel parts into its cabins to fill in overhead storage gaps, with the addition of lattices inside the panels.

German industrial manufacturing company, Siemens revealed that it will invest £27 million to open the UK’s biggest 3D printing factory in Worcester in partnership with Material Solutions. The factory, which will explore 3D printing in aviation, should bring in more than 50 jobs as Siemens plans to embrace the growth of additive manufacturing. 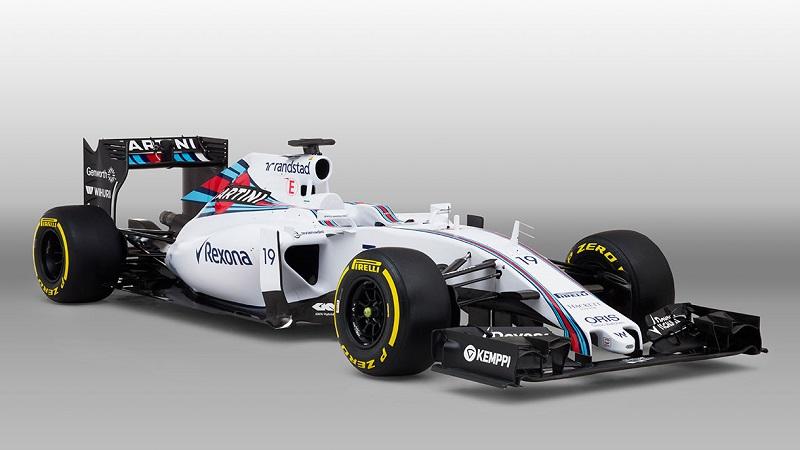 3D printing has made a huge impact on the engineering industry in a number of ways.

British Formula One motor racing company Williams F1 uses 3D printing to create some of the parts in its racing cars, as well as creating parts for models for testing in wind tunnels. The technology shortens the timescale of parts development, with the ability to give a quicker response on how well features work.

“We use our polymer 3D printers for production as well as prototyping, so the majority of our work is for testing in the wind tunnel, so we’re actually making parts that get bolted on to our 60% model and they go to the wind tunnel to see if they’re functional.

“Other parts we’ll do as fit and form for the engineers to see if the part they’ve designed is what they envisaged on their CAD system,” Richard Brady, Team leader ADM at Williams F1 told Techworld.

BT also began trialing 3D printing in 2017, as a way to turn engineering ideas into reality quickly. The telco has seen a reduction of costs in prototyping tools such as a cable threading needle for making it easier to add new circuits in a roadside cabinet, and a vibrating bullet for delivering fibre into homes. 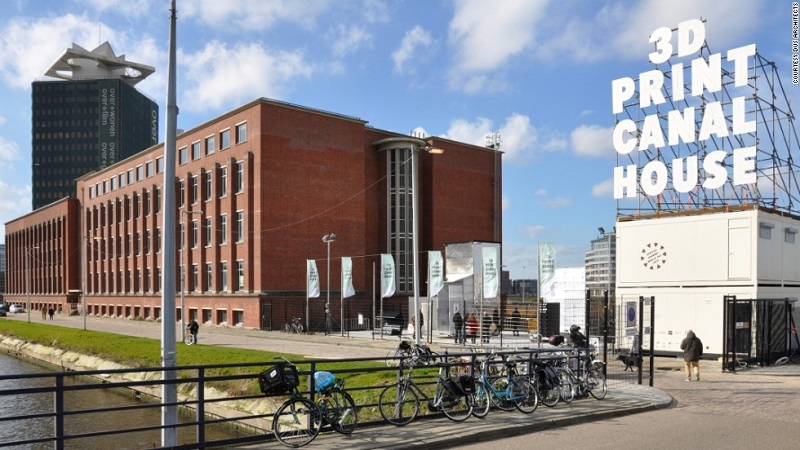 The canal house has each room printed separately before being assembled and stacked to create the house. The KamerMaker, a 20-foot 3D printer, is the product used to develop the house. 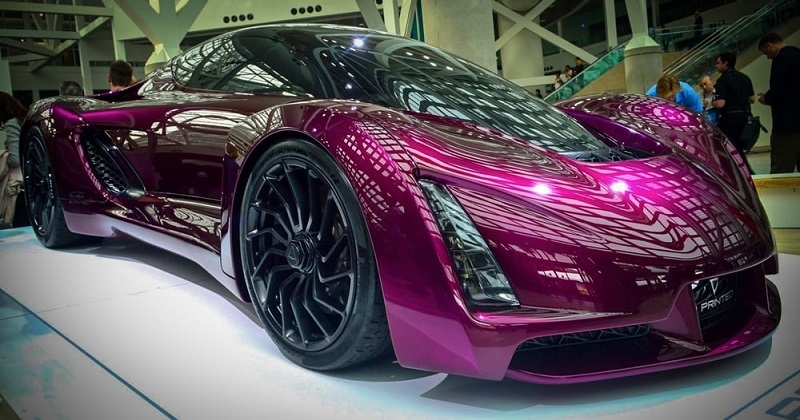 In the automotive industry, 3D printing has been deployed to revolutionise the creation of vehicles.

One example is ‘Strati’, an electric car developed by Local Motors that’s been described as the ‘world’s first 3D-printed electric car’.

It took just 44 hours to print during the 2014 International manufacturing technology show in Chicago, and the car was manufactured using a large-scale 3D printer.

In 2018, car manufacturer MINI launched a 3D printing customisation service for customers to create their own car parts such as door handles or parts of the side plates.

The parts are customised and printed using professional services in partnership with Carbon, EOS and HP.

The manufacturer has developed its ‘Blade’ supercar and ‘Dagger’ motorcycle using this technique. 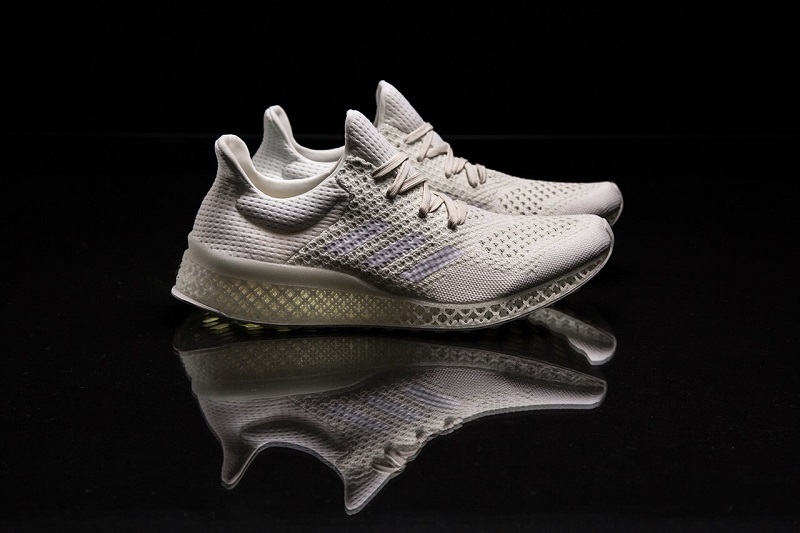 The fashion industry has also turned to 3D printing. In April 2017, Adidas partnered with Silicon Valley startup Carbon to launch a trainer with a 3D-printed sole.

Rivals Nike and New Balance have also experimented with 3D printing but have only developed prototypes using the technique.

Dr Scholl is another footwear brand using 3D printing, for the mass customisation of shoe insoles.

In partnership with Wiivv, a 3D-printing company, Dr Scholl provides a customisation app which creates scan of the customers feet to then assist in customising the insoles using scanning and mapping technology. 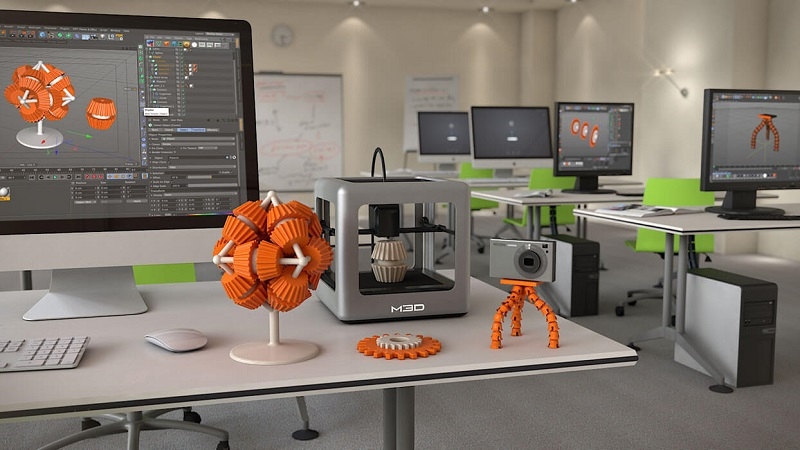 Creativity and problem solving in schools has been boosted by 3D printing.

In subjects such as engineering 3D printing can be used by design students to print out prototypes; demonstrations of this have already been deployed across some institutions around the world.

Back in 2013, the UK government announced a 3D printer programme to boost the teaching of STEM subjects. Following the announcement, the programme was trialled in 21 schools.

Since then, 3D printing has been deployed across secondary and primary schools to give students the opportunity to design and test their own objects in real life.

The ‘CREATE’ education project was set up in the UK in 2014 to help schools integrate 3D printing into the curriculum by providing teachers with resources, lesson plans and presentations.