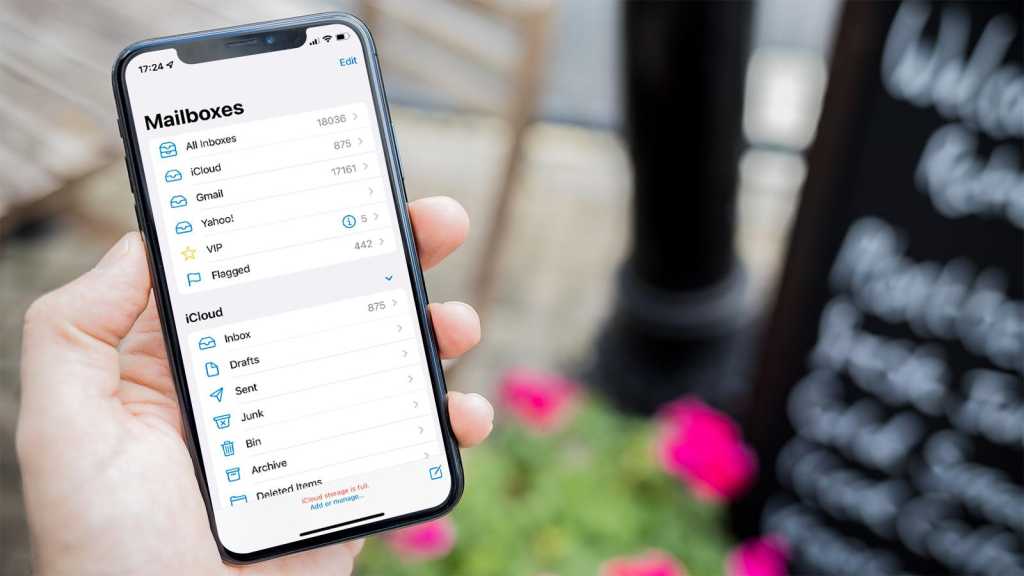 Gmail is one of the most popular email services around. In fact, over 1.5 billion people around the world use it, either personally or professionally. Sometimes both.

Although Gmail has plenty of benefits, there are alternatives that you might want to consider if privacy is a priority.

It’s no secret that Google scans its users’ email and uses the contents to serve up ads which may – or may not – be relevant to you.

That doesn’t mean Google employees are reading your email: algorithms do this work without human intervention.

But you could ditch Gmail and opt for an end-to-end encrypted service which puts your privacy first.

Many alternatives are also free to use, but of course, you can also pay for others depending upon the features you want and need.

Microsoft’s long-running email service – which used to be called Hotmail and Live, under its various guises – remains Gmail’s main competitor. We’re talking mainly about Outlook.com here, the free service you can use in a web browser.

Outlook allows users to manage email accounts from various providers without switching between apps and prioritises emails in a Focused Inbox to help remove distractions. It’s a bit like Gmail’s Primary Inbox.

Skype is built into the service to support chat and video calls within your Outlook inbox. Outlook can also automatically add email information such as flight itineraries to your calendar.

As with Gmail, you get 15GB of storage, but if you need more you’ll have to subscribe to Microsoft 365 to get 50GB.

A wide selection of integrations covers both Microsoft’s vast product catalogue, enabling Office file editing directly from the inbox, and third-party services such as Google Drive, PayPal and Facebook.

Apple’s iCloud Mail is the default email app on Apple devices. You can use it in a web browser so it’s possible to use it on Windows, but it becomes awkward on Android. (It is possible to use iCloud on Android though.) For free you get 5GB of storage space and a limit of 20MB for attachments, though larger files are automatically shared using Mail Drop.

For Apple users already invested in the ecosystem, it’s the obvious choice, and doesn’t have any adverts either.

The only complaint regularly leveled at the service is the lack of ability to group emails into folders, even if it does have VIP inbox that prioritises email from contacts you mark as VIPs.

But one advantage is the ability to add other email accounts and manage them in the Mail app, so you have the same clean, ad-free interface for all your email.

Zoho Mail is available in  for business users that starts at £0.8/ $1.05 per user per month and a free personal edition, both of which are entirely ad-free.

The webmail service is designed to provide powerful features in a minimalist, user-friendly interface. It comes bundled with Zoho Docs, which enables users to store, share and collaborate on text documents, spreadsheets and presentations.

Features include a thread-nesting style conversation view in a nested-tree format to track the history of interactions within an email thread and CRM integration for simplified management of business communications.

FastMail is a paid, fast and simple email service, offering both individual accounts and accounts for organisations.

It’s available on all devices, including browsers and desktop apps. FastMail is also available in many languages.

Its approach is the opposite to Google’s: instead of a free service where you ‘pay’ by handing over your data, you actually pay for FastMail and get privacy in return.

The interface is similar to Gmail, with added two-step verification for security. It also includes the ability to sync emails from other accounts including Yahoo and Gmail.

Pricing starts from $3 per month, but there’s a 30-day free trial so you can test drive it first.

If privacy is important to you, then ProtonMail will appeal. You can use it for free and it supports end-to-end encryption to keep your messages private.

You have to send email to other ProtonMail users for them to remain encrypted, though.

Its servers are based in Switzerland – a privacy haven – and, though the interface is unexciting, it does the job.

The main drawback is the 500MB of space you get as a free user. That means to use it seriously, you’ll have to pay a few pounds / dollars per month.

If you want to use Yahoo’s free email service you’ll have to put up with adverts, but for some that’s no big deal when you’re getting a whopping 1TB (1000GB) of storage for free.

That’s perfect if you’re a hoarder and want to keep emails for years to come.

You can set different themes, layouts and even view photos, documents, deals and other things instead of trying to find them in among those emails. As with many email providers, including Gmail, you can also store your contacts and calendar appointments in Yahoo Mail.

If you somehow run out of storage space, you can upgrade to Yahoo Mail+ for $5 per month (around £4), which gives you 5TB of storage, removes those pesky adverts and adds plenty of other features, including automatic email forwarding, reply reminders, 24/7 tech support and more.

GMX Email may lack the fame of its better-known competitors on our list, but it is carving out a reputation to rival them all and has already attracted more than 20 million customers.

The free webmail service is designed for both personal and small business use, with the highlight being storage  for “all your email”. It’s not unlimited, though, with a cap of 65GB. However, that’s a lot for email and GMX provides clean-up tools to quickly free up space if you do run low.

There are lots of features, including an integrated calendar and the GMX Mail Collector, which lets users file multiple third-party inboxes into their GMX account.

The company places a high emphasis on security. Antivirus protection scans all emails and attachments for threats, while anti-spam modules reduce unwanted mail.

Tutanota is for the security conscious email user. This service provides end-to-end encryption for emails to other Tutanota users, but passwords can be used to secure emails when sending to other email providers.

The software is open source, and apps are available for all popular devices and Linux. Android users can download the app from F-Droid instead of the Google Play Store, too.

Despite the heavy focus on security, Tutanota manages to retain an intuitive interface, and is also accessible via a web browser.