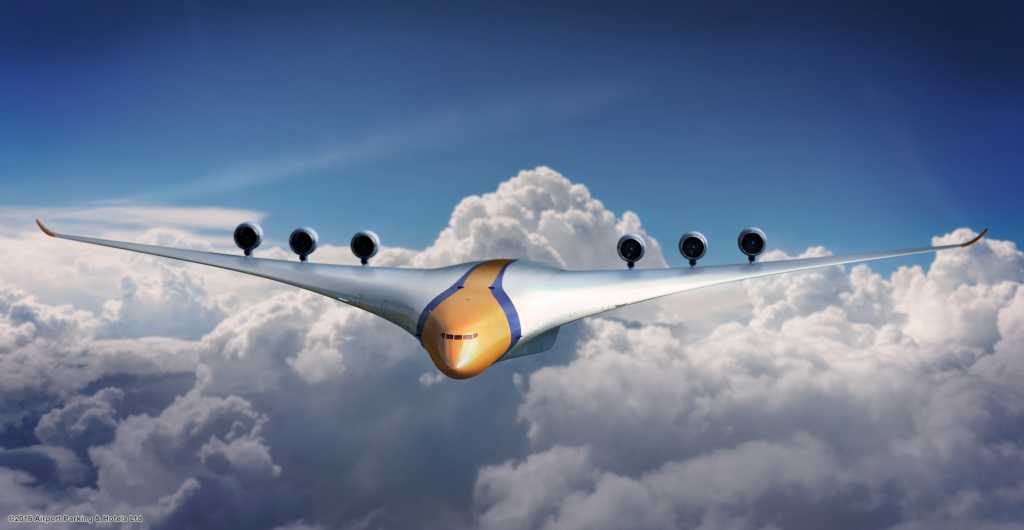 Aviation has set to work on a raft of problems it has been solving very slowly over the decades. Aircraft are still too heavy, use too much fuel, are fairly cramped and – most important of all – generate a lot of carbon. As incremental improvement wane, designers have turned to much more radical solutions and emerging technologies in the hunt for bigger changes. Here we chart the key changes that are just around the corner thanks to visuals created by Imperial College and Airport Parking and Hotels (APH). Although some of the ideas are not new they might at last be possible.

The Future of Flight – The blended wing

Future airliners almost certainly use blended wing shapes which have several big advantages over today’s narrow fuselages. It’s an idea that’s fates back to WW2 and has been used by the US military but will take 21st century materials to bring to life in civil aviation. The advantages are superior aerodynamics, fuel efficiency, lower engine noise, short take-off and landing and much greater internal space. Problems? Few windows and exits.

The Future of Flight – Turboelectric propulsion 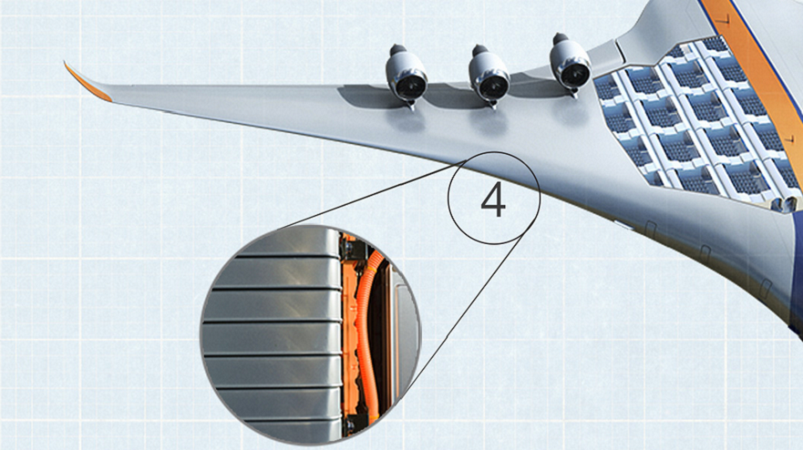 Can electricity alone keep an airplane in the sky? For the foreseeable future, probably not but hybrid designs are possible using emerging propulsion systems based on supplementing conventional turbofan thrust with an array of electrical sources, principally Lithium-Air batteries and superconductivity (see next slide)

The Future of Flight – Superconductivity 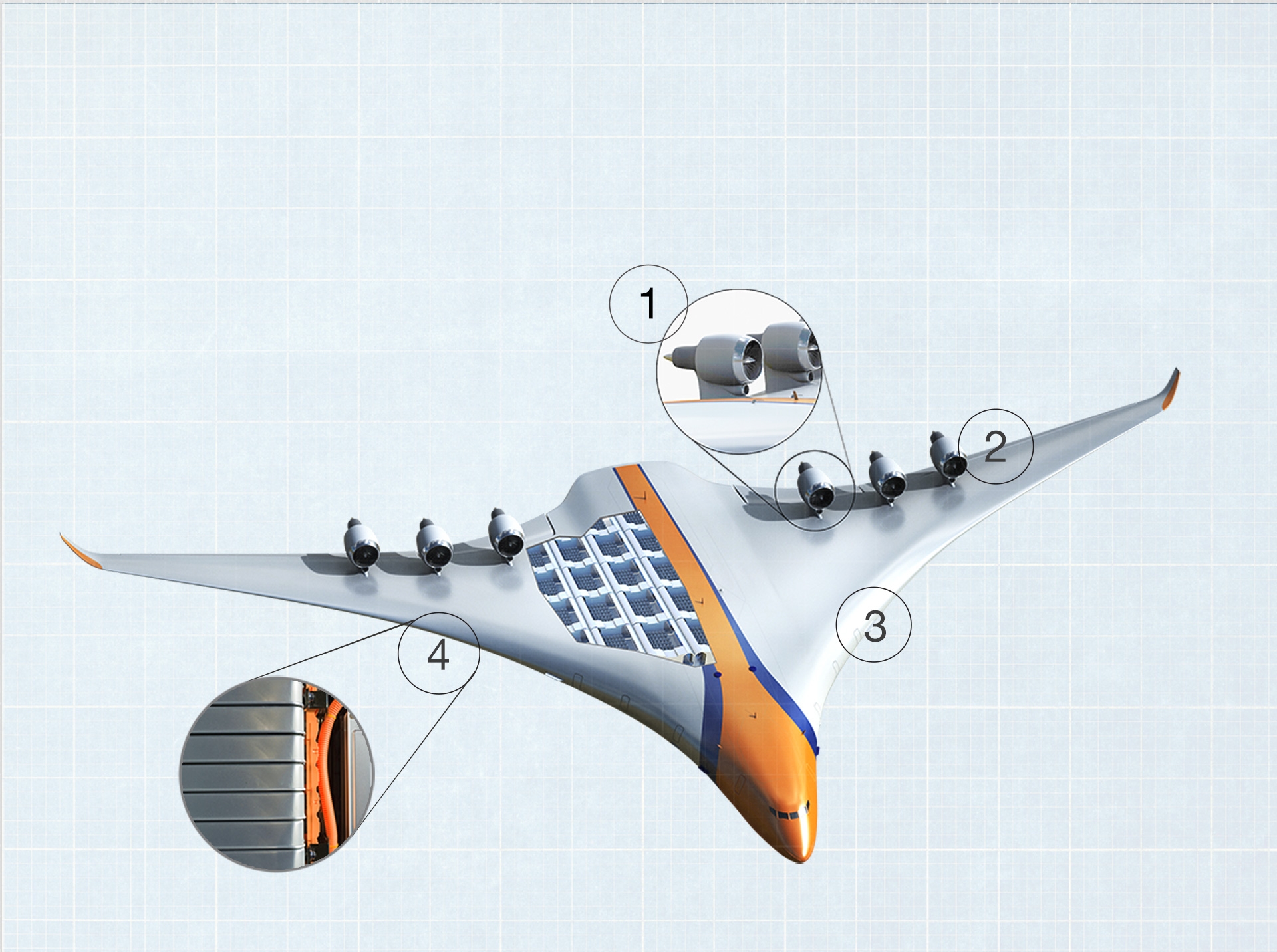 The radical idea of using superconductivity and magnets to help power electric engines surfaced a decade ago. The challenges looked high then but might now be within reach. Superconducting motors would be hugely efficient, have ultra-low emissions and be quiet but would require super-cooled magnets to generate their power. How to achieve this? One answer would be liquid hydrogen fuel cells.

The Future of Flight – Going supersonic for good 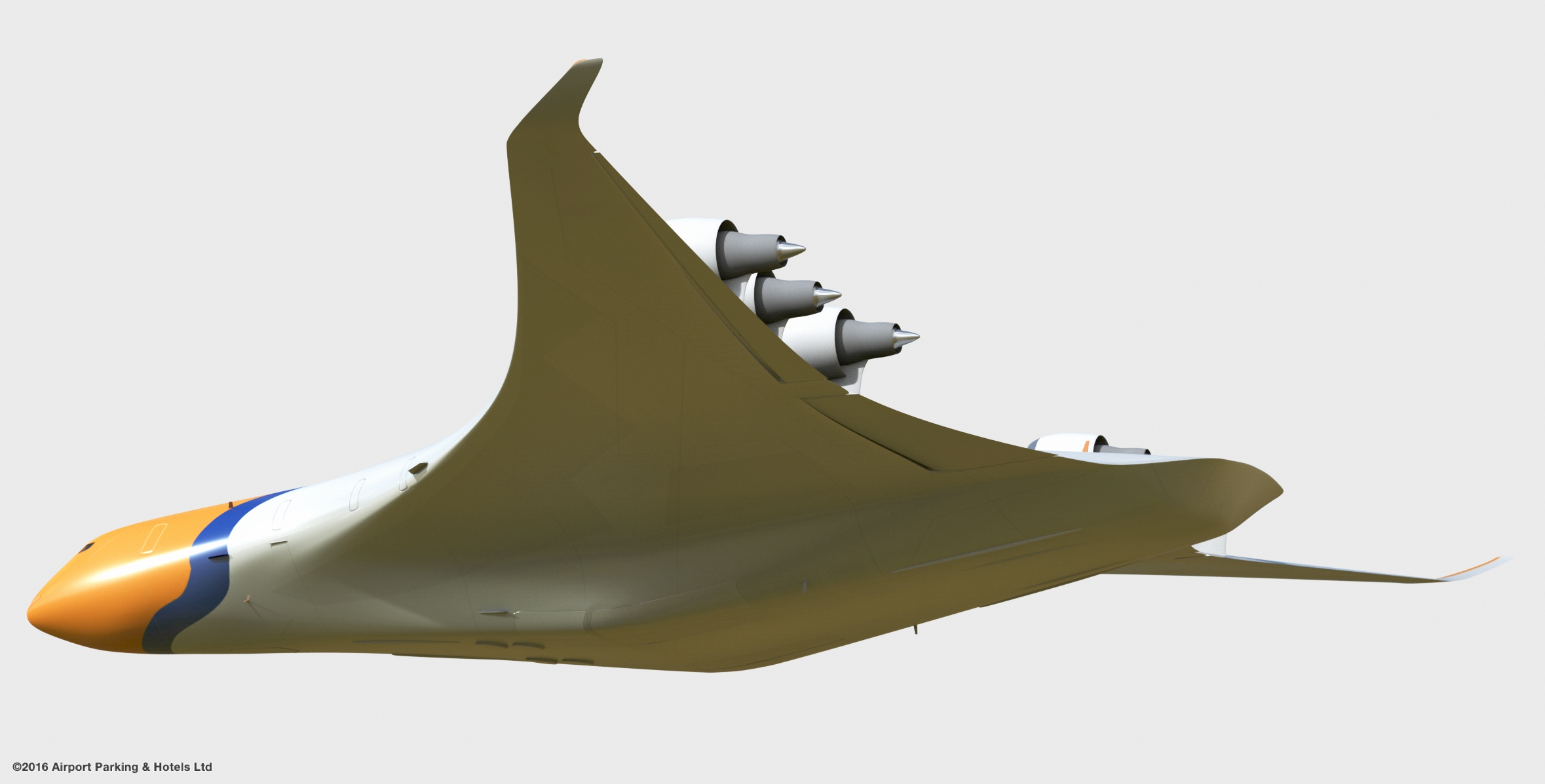 Speed has always demanded technical compromise – the UK-French Concorde of the 1970s is famous for its super-sonic cruising speed but it was also narrow and small, eventually killing its economic competitiveness. Future blended-wing designs planned by Boeing will be able to break the sound barrier while carrying more passengers. Disadvantages: reducing sonic boom, which would be an issue for a large aircraft.

The Future of Flight – Boeing’s Microlattice 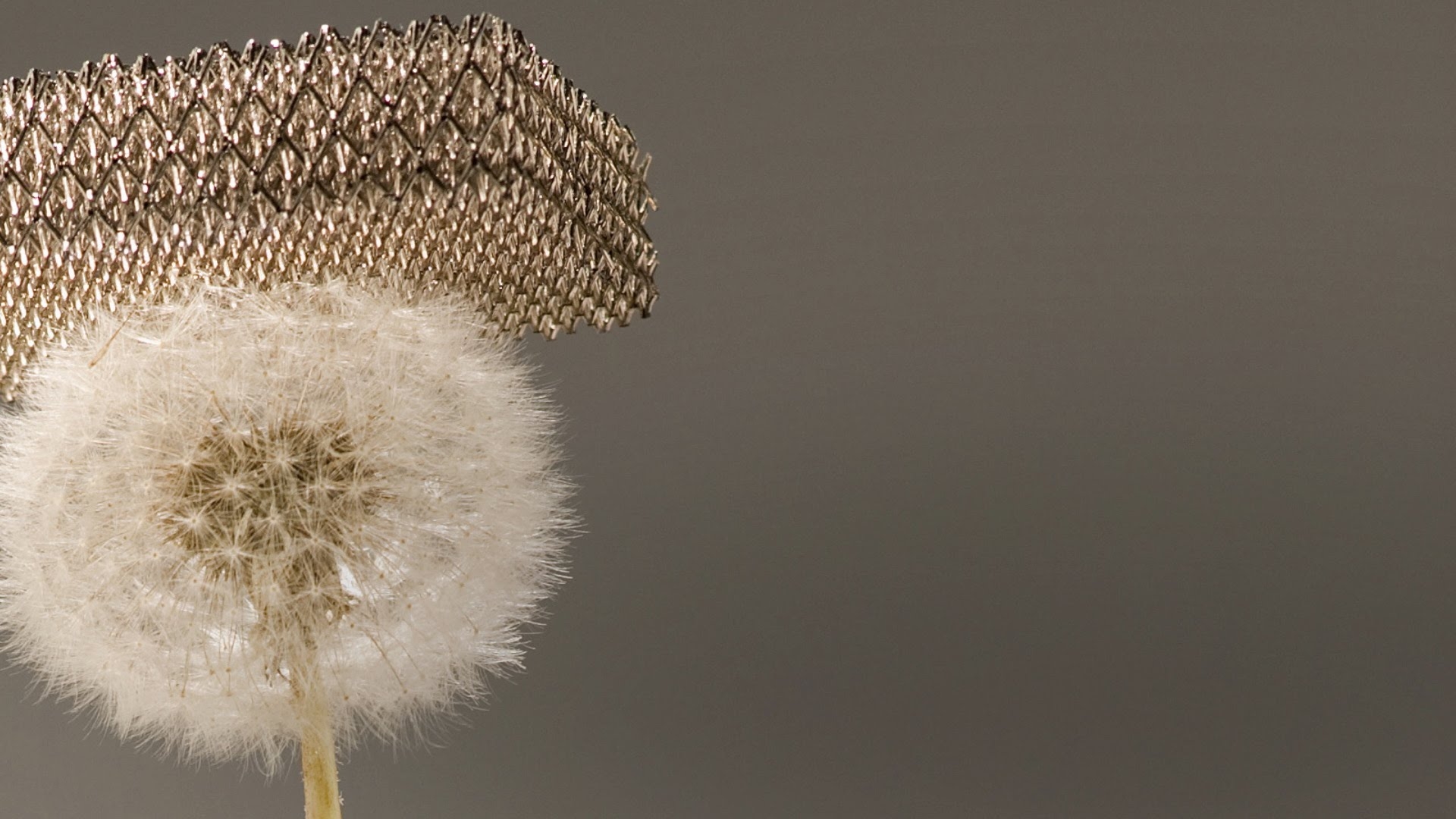 Today’s aircraft are made from a mixture of metals such as aluminium and, increasingly, fibre-resin composites. A new Boeing material mimics the properties of metal using a structural lattice inspired by the cellular layout of plants that hugely reduces weight without compromising strength. It is also incredibly flexible and can regain its shape even after being twisted and deformed. In aircraft it would be used in non-structural areas such as seating and interiors.

The Future of Flight – No need for windows 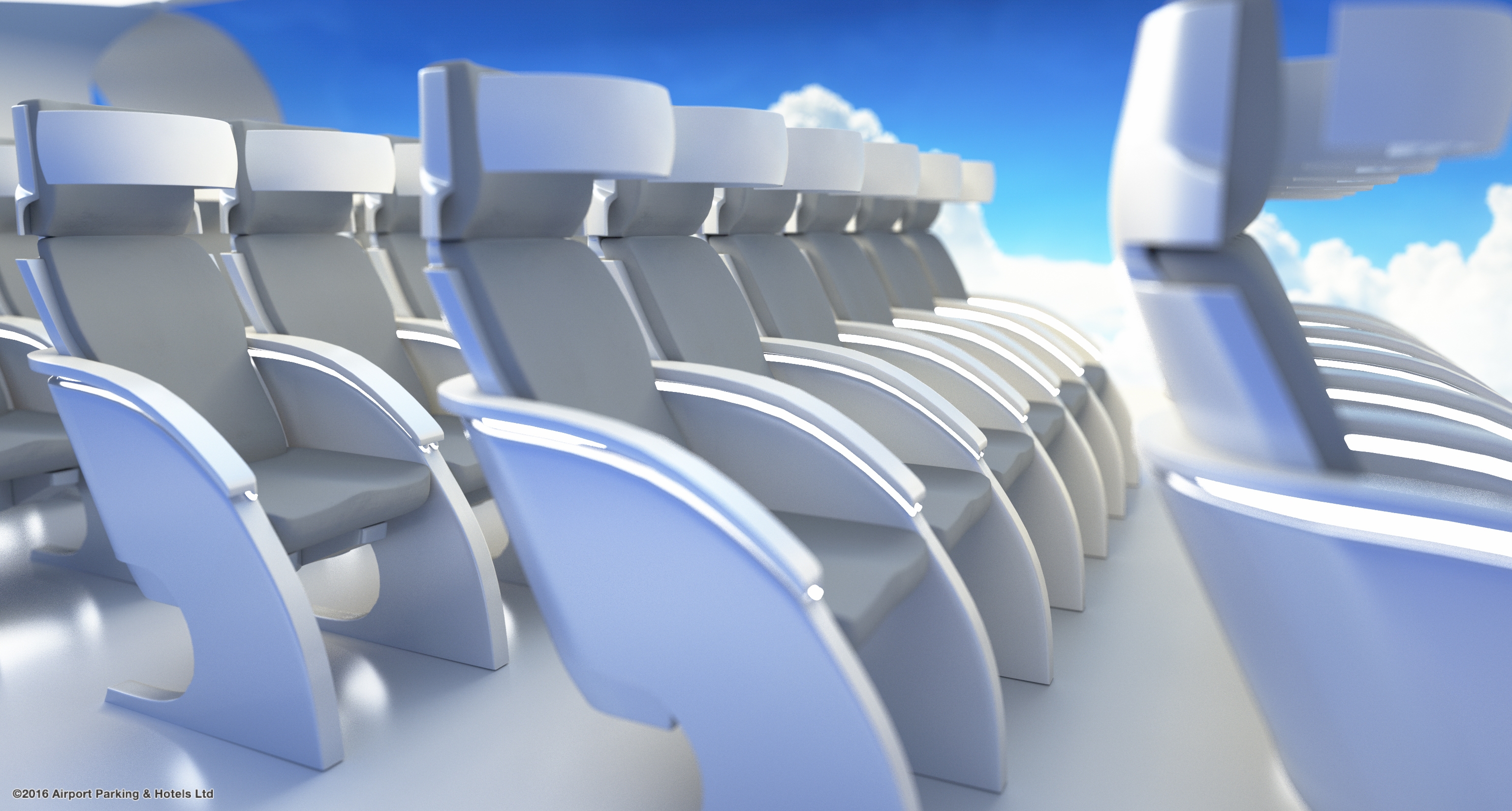 One consequence of the blended wing design is the near absence of windows for the passengers to look out of, a potentially claustrophobic experience as well as rather dark. The proposed solution is to replace windows with electric screens that project the outside world in real time with a density high enough to give people even greater amounts of light and space.

The Future of Flight – Immersive entertainment 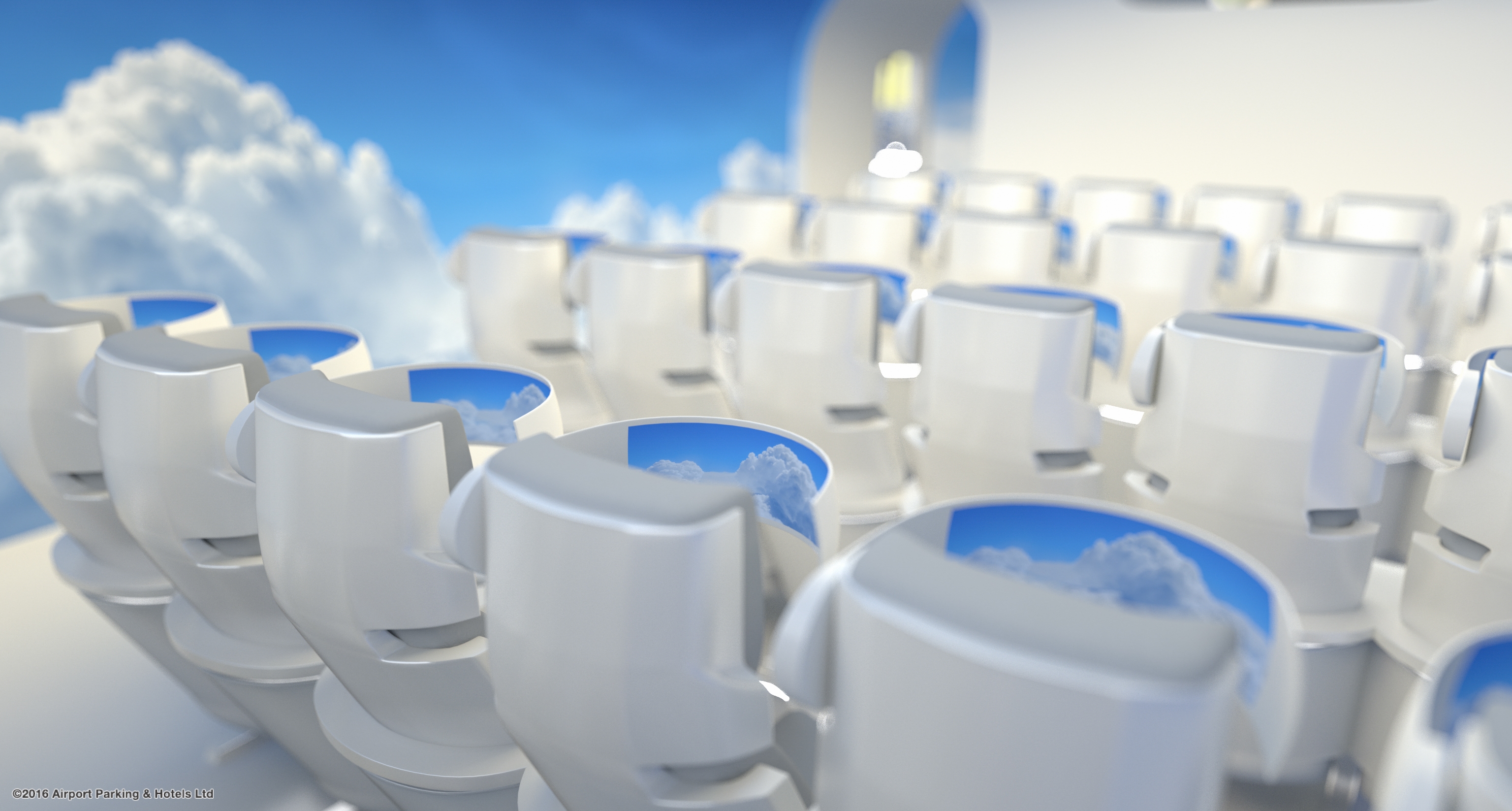 Next-generation entertainment systems in aircraft will use wrap-around visual screens that generate convincing 3D movie-watching and game playing. Users will connect to other users in the same aircraft or anywhere in the world. This has the added benefit of distracting people from the quality of airline food and improving the behaviour of people heading for stag weekends – movie-watchers enter a solipsistic dream-like state and rarely cause trouble during flights.

The Future of Flight – Airports and sustainability 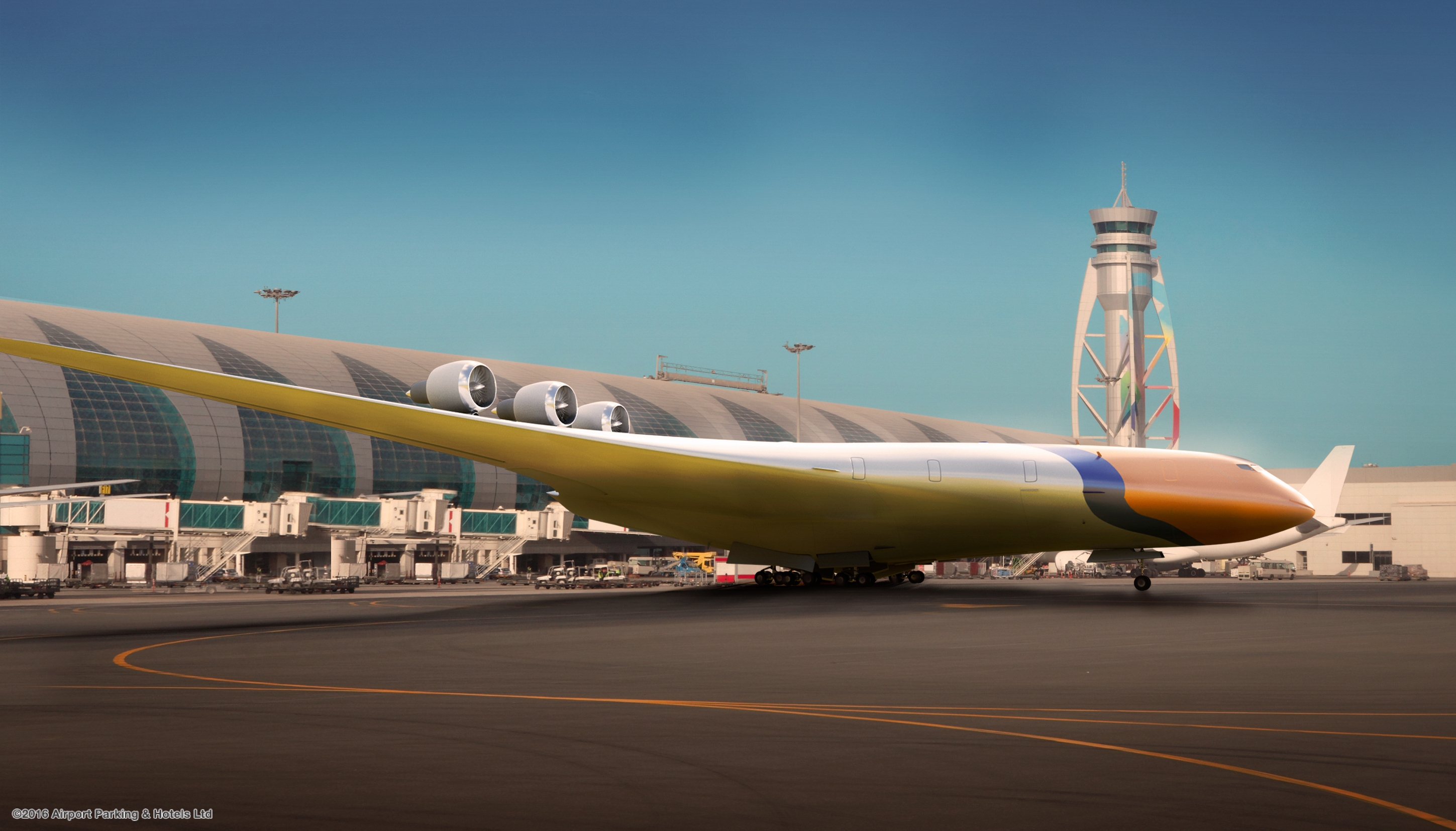 The Future of Flight – Onboard shopping 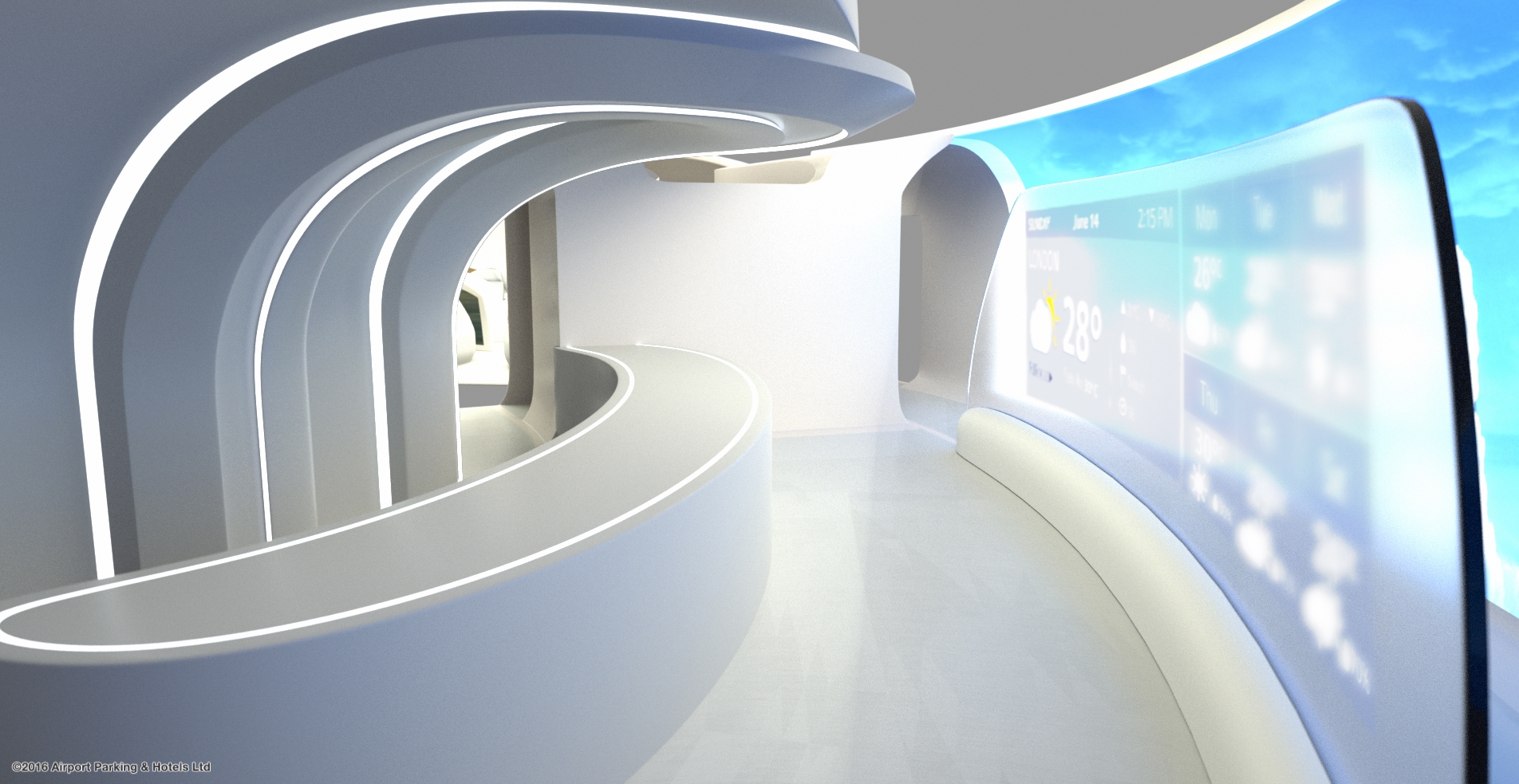 In-flight bars were first integrated in aircraft in the 1960s but the idea was eventually abandoned because of the space they took up compared to the small revenues generated. In blended wing designs, the idea of people visiting bars and even small shops would once again become possible due to the far greater amounts of available space within airframes – imagine an airport duty free lounge that travels with the passengers.

The Future of Flight – Passenger comfort 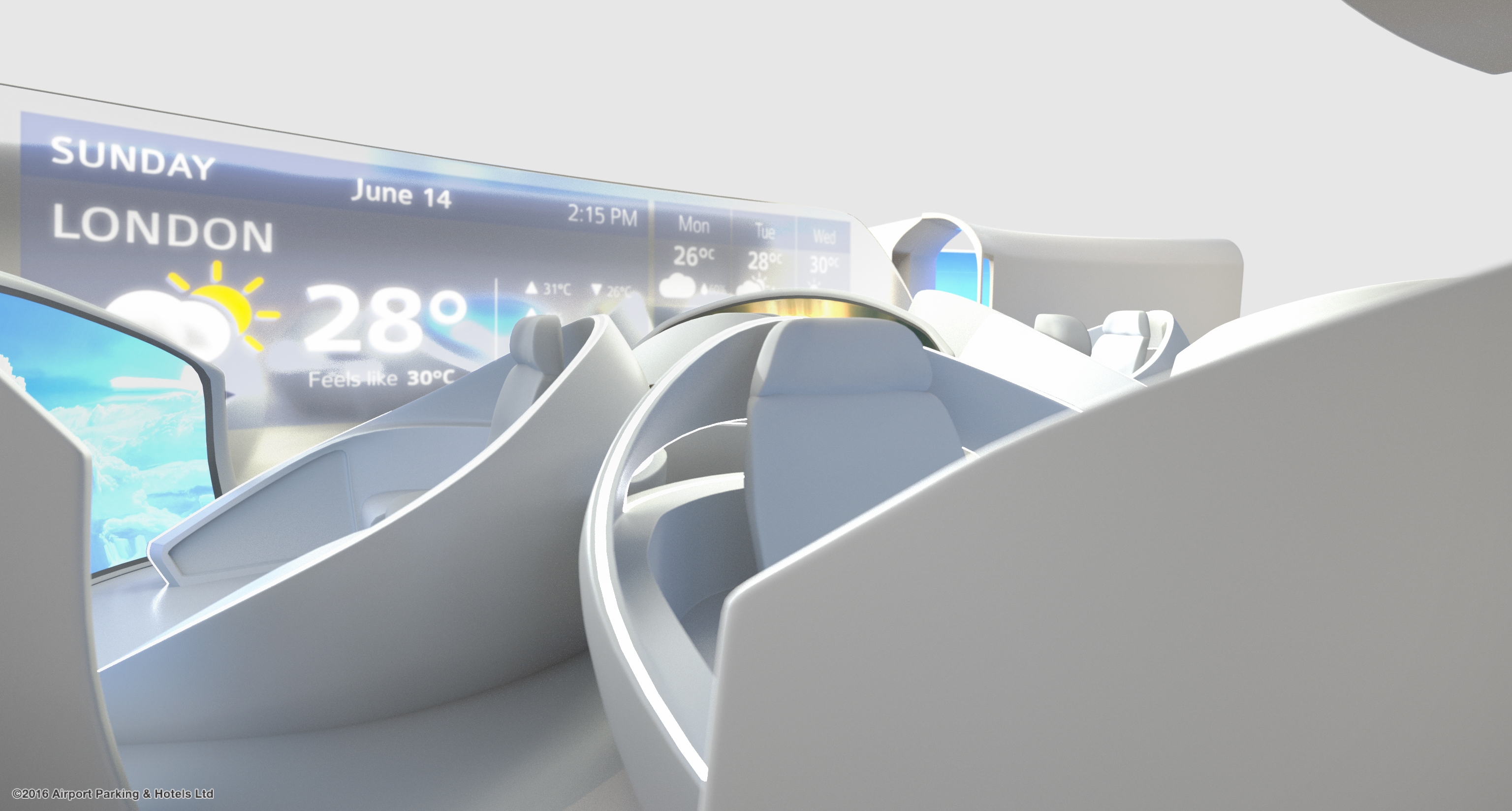 Blended wings allow more space and larger aircraft. Airlines could use this to cram in large numbers of passengers although the difficulty of exiting such aircraft quickly suggests a balance between comfort and passenger numbers. Bed-style seating could become standard on long-hault flights, the sort of pampering that would make passengers unpleasantly demanding. Social AI systems would be deployed to keep order and make polite conversation.