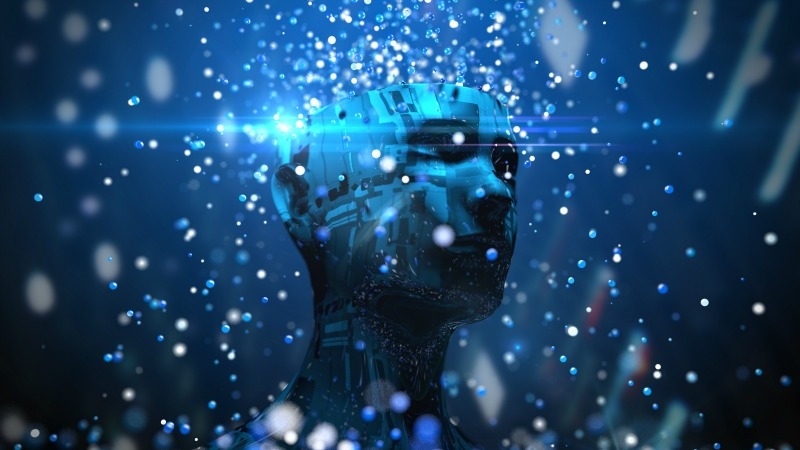 Organisations in every sector are investing in AI tools and techniques to automate process and better serve customers. In fact, research figures from Markets and Markets estimate the AI market to reach $191 billion (£148 billion) by 2025.

Here’s how the world’s tech giants are investing in artificial intelligence to create better products and services for customers.

Read next: The hottest machine learning startups in the UK

Chipmaker Nvidia has made serious investments in AI as it aims to power the technology in the future. AI requires more computational power than traditional algorithms, so heavy investment in new chip designs is an industry imperative, creating a land grab between leading vendors.

Nvidia has invested already invested heavily in automotive, robotics, construction and healthcare use cases. The most notable being its partnership with Nuance to use its deep learning chips and platform to bring AI to medical imaging. The AI-powered imaging service enables medical professionals to use new tools to analyse x-rays and other needs in radiology.

According to Accenture, the AI health market is expected to reach $6.6 billion (£5 billion) by 2021.

Intel has also been making an impact in the world of AI, with recent investments totalling $117 million (£90.91 million) in 14 disruptive tech startups, all of which are developing AI platforms.

The software company also acquired Nervana and Movidius in 2016, leading to the launch of its Nervana Neural Network Processor (NNP) in 2019, designed to accelerate the training and inferences from AI models.

“In an AI empowered world, we will need to adapt hardware solutions into a combination of processors tailored to specific use cases – like inference processing at the edge – and customer needs that best deliver breakthrough insights,” Naveen Rao, VP and GM of the artificial intelligence products group at Intel said in a blog post.

“This means looking at specific application needs and reducing latency by delivering the best results as close to the data as possible.” 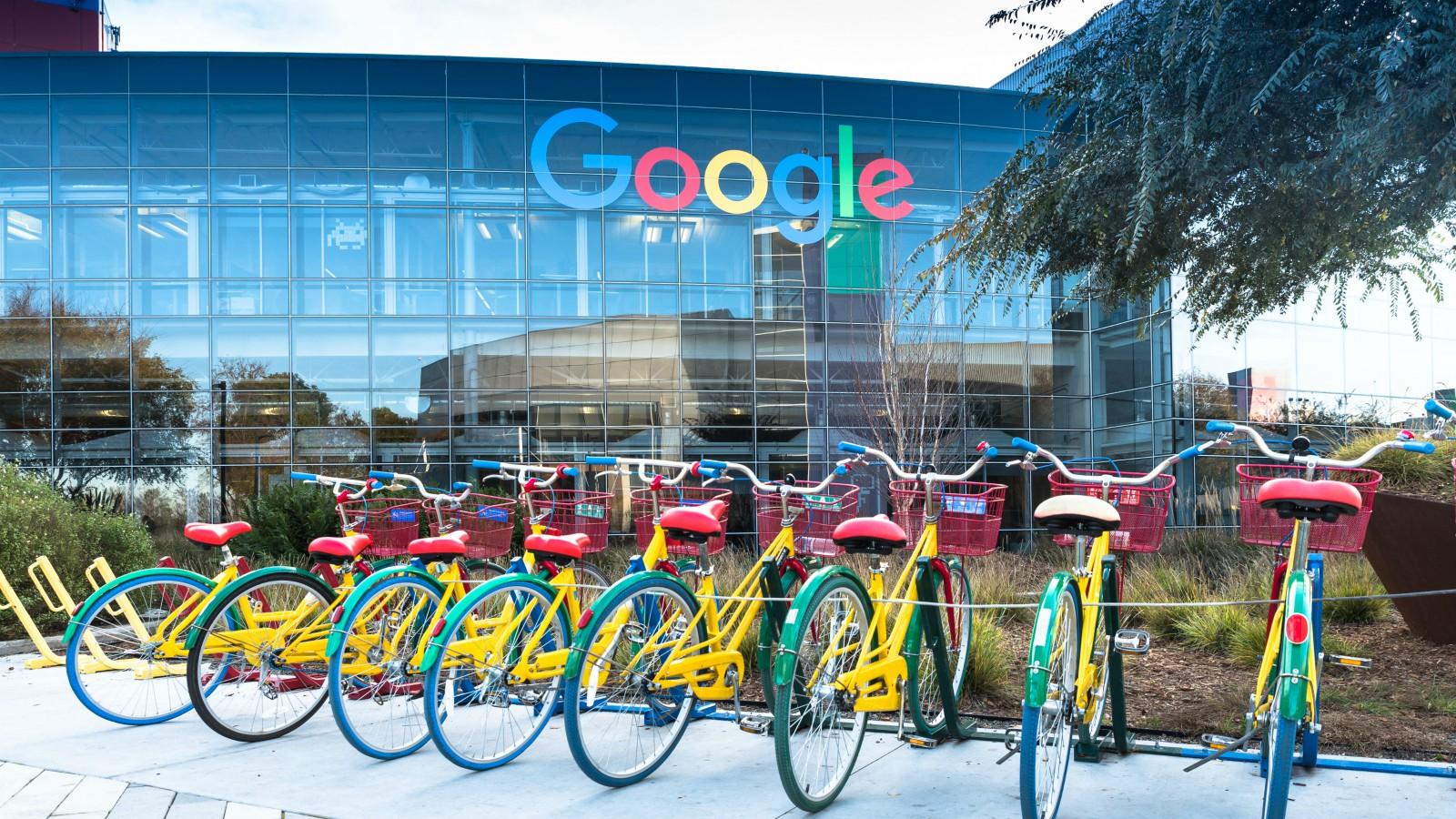 AI plays a central role in Google’s strategy for future growth under CEO Sundar Pichai, who explained in a 2016 conference call: “In the long run, we’re evolving in computing from a ‘mobile-first’ to an ‘AI-first’ world.”

DeepMind has since been used  to find the  quickest route between underground stations, defeat champion players of the board game ‘Go’, and to improve healthcare through a series of controversial agreements with the NHS.

AI has long played a core role in Google’s existing products, from the algorithms in search to the suggested reply in Gmail. Google Assistant depends on natural language processing to interpret voice commands and the new Duplex AI can independently make restaurant reservations.

Google has also made its machine learning system TensorFlow free to anyone who wants it, and in July 2017 launched a new project to study and redesign the ways people interact with AI systems called  People + AI Research initiative (PAIR).#

Also, in 2018 the firm confirmed plans to invest $25 million (£19.45 million) in AI research to tackle social and economic problems around the world. 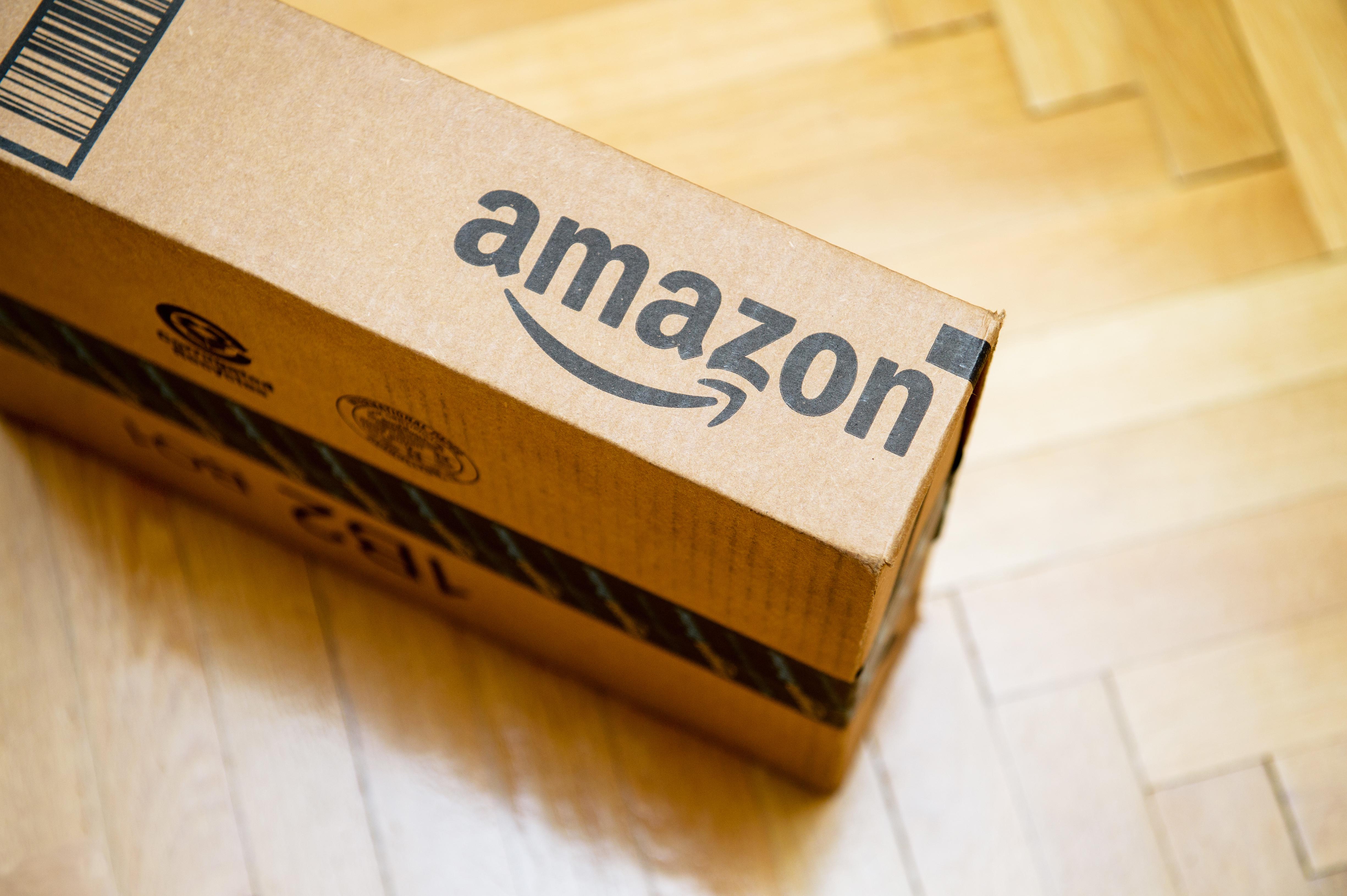 Most areas of Amazon’s mammoth business incorporate in some form, from its recommendations engine to the robots that man its warehouses.

This cashier-less convenience store is fitted with AI technology that monitors the products that leave the shelves and which customer took them. Shoppers are then charged for items as they leave the shop via an app.

Amazon has also brought machine learning to AWS. Customers can use Lex to build conversational interfaces, Polly to turn text into speech, Rekognition to add images analysis to applications, Comprehend to find insights and relationships in text, or SageMaker to build, train, and deploy machine learning models at scale.

In September 2016, Microsoft created an Artificial Intelligence and Research Group that cuts across the Windows, Office and Azure business units.

Later that year, Microsoft Ventures launched a new fund for AI startups. It made its first investment in  Element AI, a Montreal-based AI incubator, and later funded Angolo, which uses AI to create summaries of information in real-time.

Microsoft has been on an AI shopping spree since then, buying five companies built on the tech in 2018 alone.

The company also uses AI to power chatbots in Skype, analyse data in Office 365, build apps in Azure, support interaction with Cortana and to match searches with results in Bing. 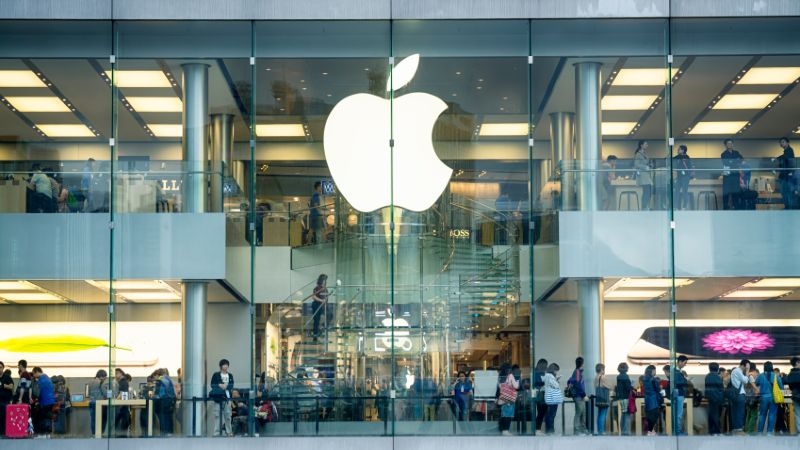 Apple uses AI in a wide range of applications, from identifying fraud in the App Store to optimising battery usage, but the company has lagged behind some of its competitors in the field.

In an effort to catch up, Apple recently hired Google’s chief of search and artificial intelligence, John Giannandrea, to run its machine learning and AI strategy.

Apple has also invested in a range of AI startups, including Emotient, which produces facial recognition technology that can detect how customers reaction to ads, Vocal IQ, which provides a platform for voice interfaces, and Silk Labs, which makes AI software that can fit in consumer devices.

Apple hopes to gain an edge on its rivals through a focus on protecting user data and providing transparency. The company has illustrated how it intends to use AI for “training image recognition algorithms” in an academic paper. 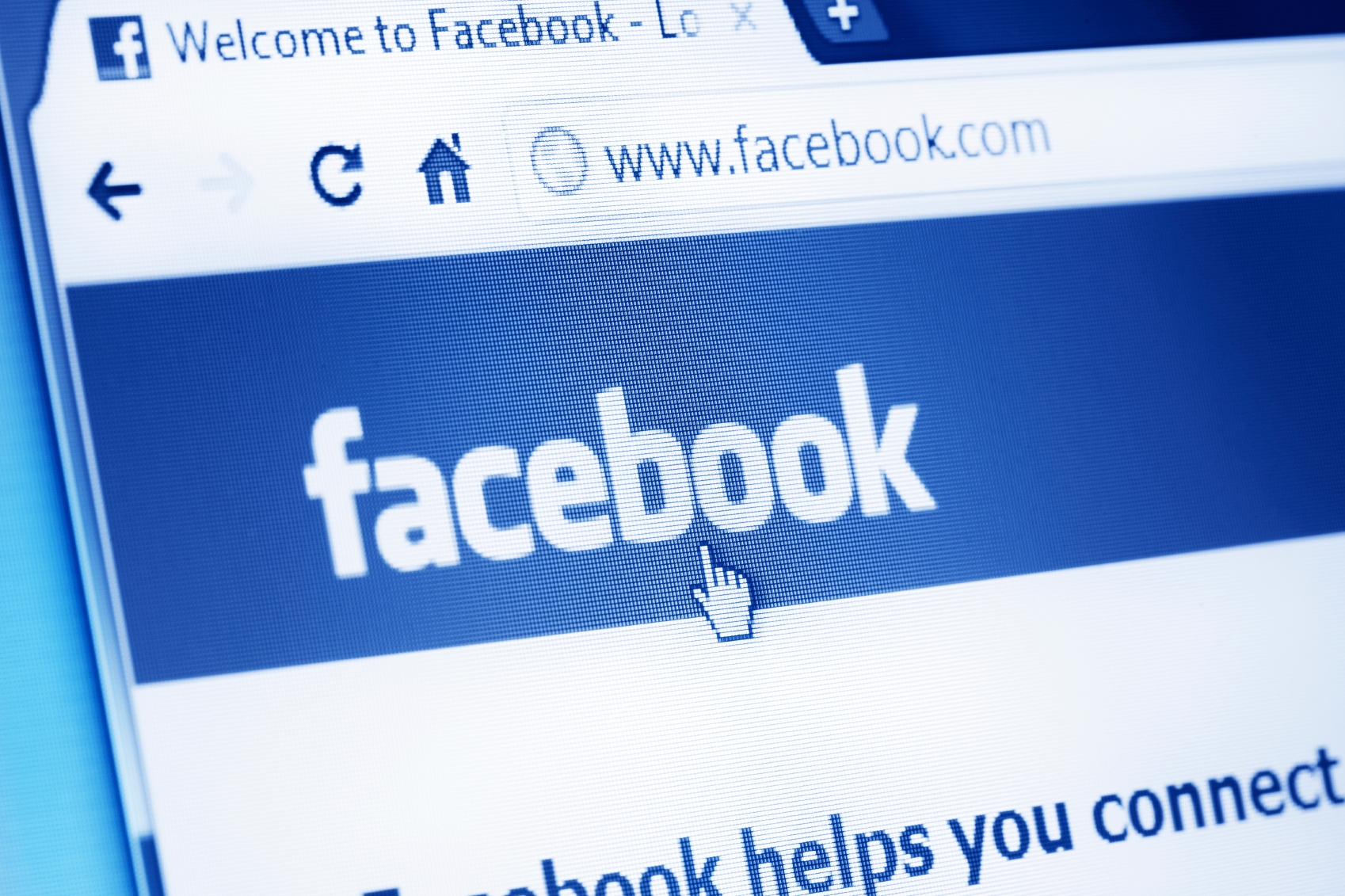 AI plays a crucial role in Facebook’s family of products, as Joaquin Quiñonero Candela, the head of Facebook’s Applied Machine Learning group, explained at a conference in 2017.

“Facebook today cannot exist without AI,” he said. “Every time you use Facebook or Instagram or Messenger, you may not realise it, but your experiences are being powered by AI.”

The uses of AI have been expanding rapidly since 2013, when Mark Zuckerberg inaugurated the Facebook Artificial Intelligence Research (FAIR) group.

Today it chooses the content that appears in the Facebook News Feed, automatically tags photos, and powers the ad-targeting software that makes Facebook’s billions.

AI also powers a variety of more niche applications, from the socially conscious to the ethically dubious. It’s used to provide blind people with audio descriptions of photos, to map global internet access, to identify signs of suicide risk, to spot nudity in images and to flag “fake news”.

IBM’s most notable investment in AI is  Watson, a cognitive computing platform that can answer questions posed in natural language to extract meaning from photos, videos, text and speech.

Watson first attracted attention in 2011, when it beat its human competitors to win the US quiz show Jeopardy. It has gained traction since then in industries from insurance to healthcare, but has also been criticised for not living up to its hype.

Read next: How companies are using IBM Watson’s AI to power business success

Uber uses AI in its core processes of calculating fares, matching drivers with passengers and optimising routes, as well as in more experimental projects undertaken at the Uber AI Labs.

The labs are directed by Gary Marcus, the CEO of  Geometric Intelligence, a startup Uber acquired in December 2016 that aims “redefine the boundaries of machine learning”.

“In spite of notable wins with machine learning in recent years, we are still very much in the early innings of machine intelligence,” Uber’s Chief Product Officer Jeff Holden said in a press release that announced the move.

“The formation of Uber AI Labs, to be directed by Geometric’s Founding CEO Gary Marcus, represents Uber’s commitment to advancing the state of the art, driven by our vision that moving people and things in the physical world can be radically faster, safer and accessible to all,” 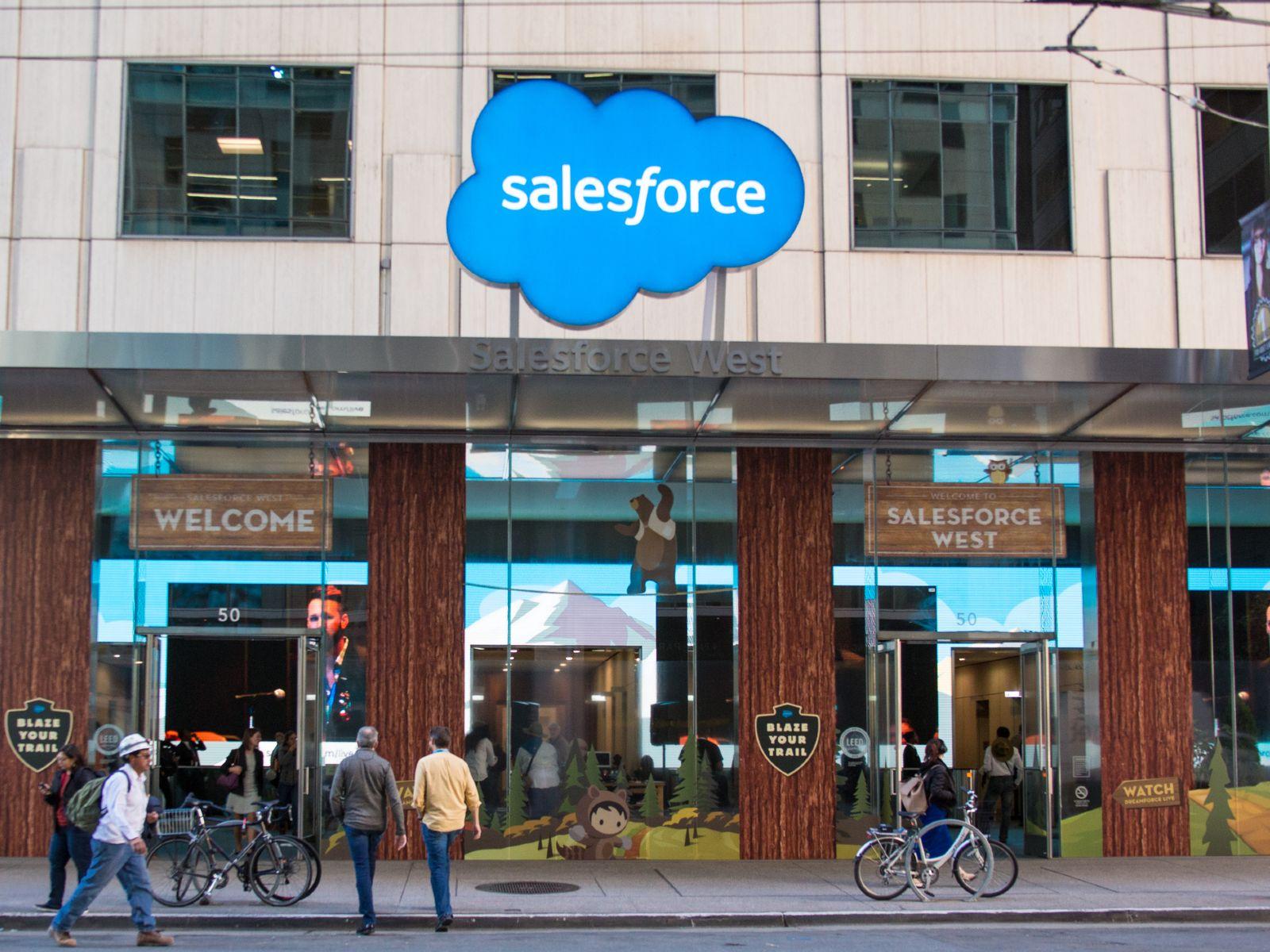 Salesforce embeds AI across its customer relationship management (CRM) software to provide customers with actionable insights through Einstein, an integrated set of AI technologies that adds intelligence to the Customer Success Platform.

The company has been upping its AI efforts since the April 2016 acquisition of MetaMind, a startup specialising in deep learning. Prior to the acquisition, MetaMind had developed a unique system that runs on a short-term memory to answer questions in natural language.

“With MetaMind and Salesforce.com coming together, we’ll be able to offer customers real AI solutions with breakthrough capabilities that further automate and personalise customer support, marketing automation, and many other business processes,” MetaMind founder and Salesforce chief scientist Richard Socher stated in a blogpost announcing the deal.

Salesforce CEO Marc Benioff also uses an Einstein to support his strategy for the business.

Read next: How Salesforce embeds AI across its platform 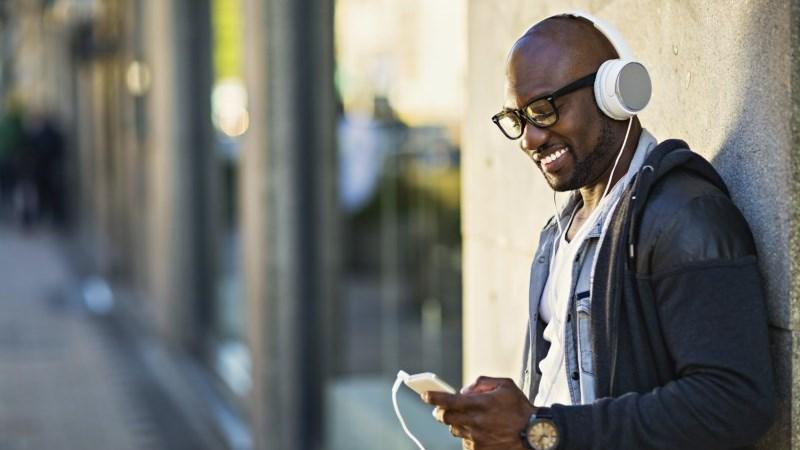 Spotify uses AI to power its renowned music recommendations through collaborative filtering that analyse behaviour, Natural Language Processing that interpret text, and audio models that review the sounds of the songs.

The company has also been snapping up AI-focused startups, including  MightyTV, producer of an app that used a Tinder-style swipe feature to make personalised TV and film recommendations, and Niland, which boosts the accuracy of search and recommendations through an API-based product.