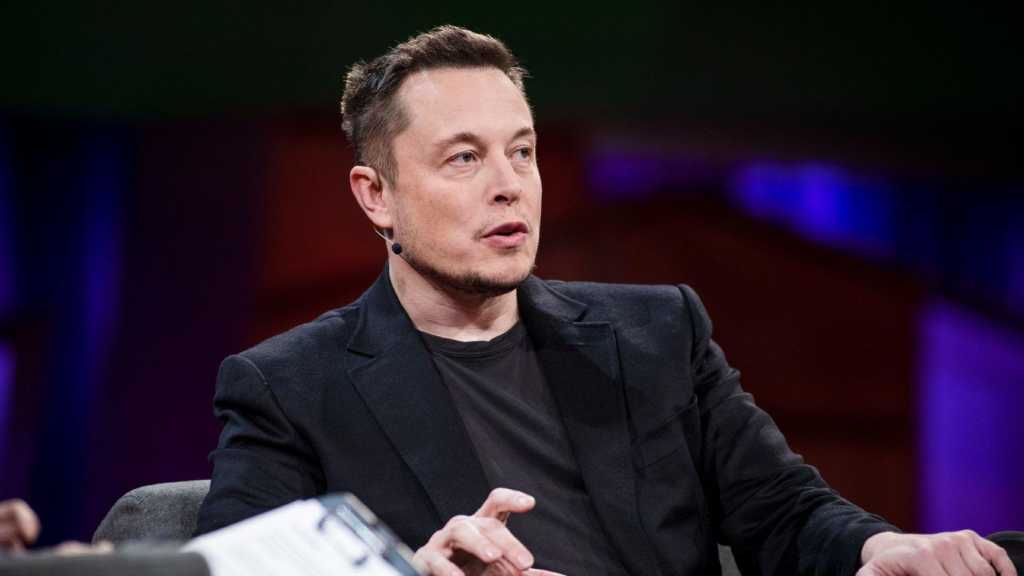 Famed for founding SpaceX and co-founding PayPal and Tesla Motors, Elon Musk is known for his less than conventional ideas, but some may not be as crazy as they first seem.

In a bid to cut the traffic in LA, Musk created The Boring Company, to do exactly that: bore.

The idea is to create a system of underground tunnels which will transport cars around the city at 130 miles per hour.

In a recent Ted Talk, Musk described how the cars would enter on street level via a lift or elevator and be carried on ‘skates’ through the tunnels.

Musk also spoke about the number of cars it would be able to accommodate: “There is no real limit to how many levels of tunnels you can have. The deepest mines are much deeper than the tallest buildings are tall.”

In February 2018, Musk was given permission to begin digging one of these tunnels in Washington DC, with the aim to create passageways between the capital and New York City. The journey time for this would be 29 minutes.

Musk wants to link your brain to a computer 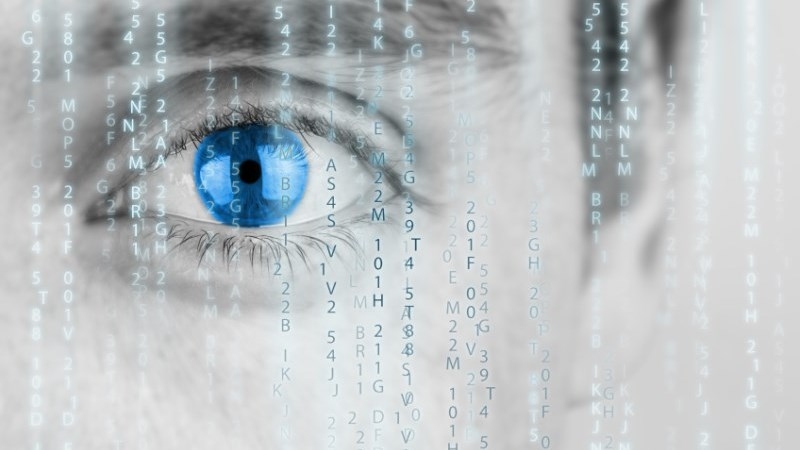 The new company is reported to be developing ‘neural lace’ technology that will enable people to communicate directly with machines by placing electrodes in the brain, making it possible for people to upload or download their thoughts from a computer.

Musk has spoken about ‘neural lace’ before, stating that it could stop from humans from becoming a ‘house cat’ to artificial intelligence. 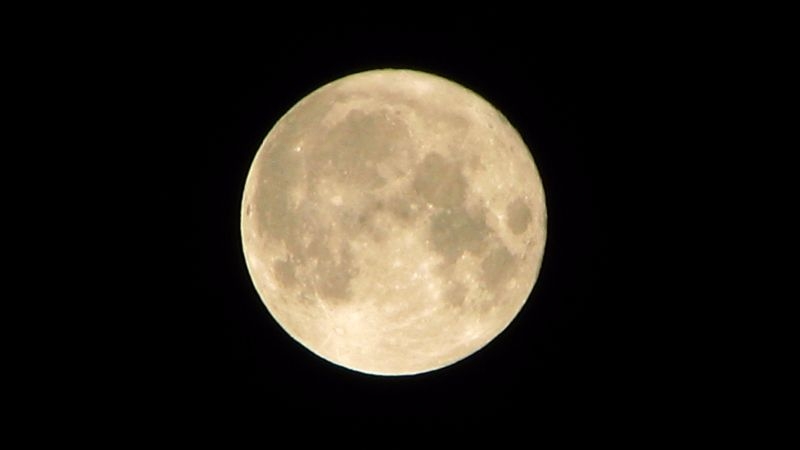 Back in 2017, Musk announced that Space X would fly two tourists around the Moon,  claiming the passengers will “travel faster and further into the solar system than any before them”.

However, in February 2018 plans were put on hold with SpaceX’s focus being shifted in favour of developing a larger rocket after the successful launch of SpaceX’s Falcon Heavy rocket.

And although we’ll have to wait a bit longer before we see the first space tourists, we still think the idea of space tourism is both ‘crazy’ and extremely intriguing.

However, Musk is not the only one to venture into commercial space travel: take Virgin Galactic for example. 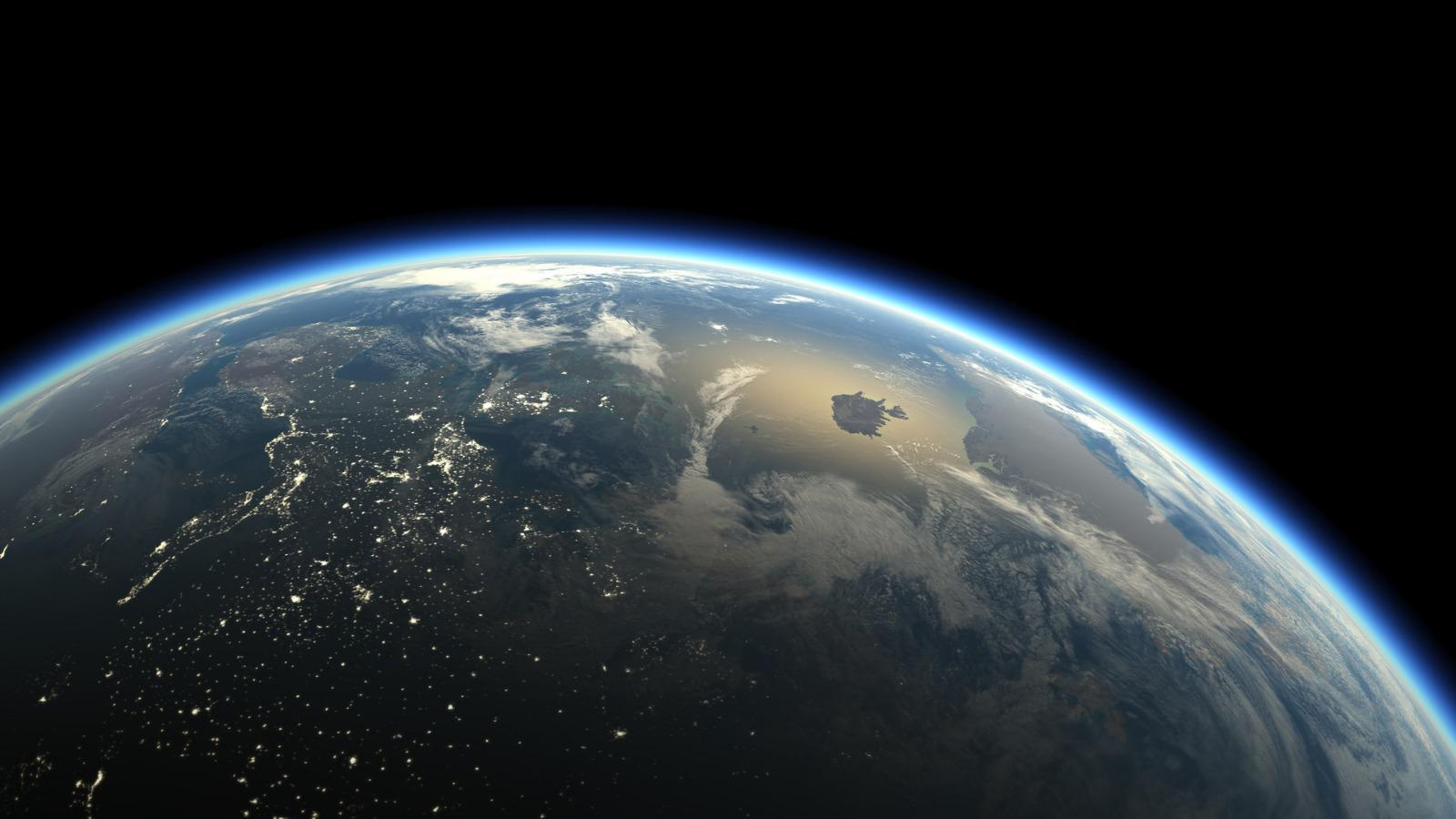 While sending his personal Tesla Roaster with a ‘Starman’ – a crash test dummy in a full space suit – into space was almost certainly a publicity stunt, SpaceX has managed to capture everyone’s attention.

The plan was to send Starman into orbit around the Earth, then eventually around the sun and burn out its engines to propel it towards Mars.

And although this didn’t exactly go to plan – as in it went too far, missing Mars and coming in closer to Jupiter – Musk has highlighted how space travel can be done responsibly and relatively affordably using reusable components.

Listen to our podcast discussion on it: 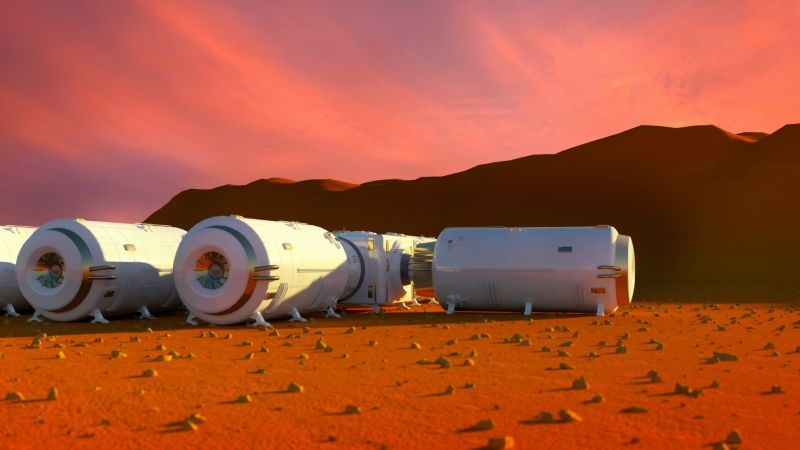 A couple of years ago, during an ‘Ask Me Anything’ session on Reddit, Musk revealed his plan to colonise Mars with a new transporter, with plans to be released by the end of 2018.

Well, this year Musk outlined his plans for manned missions to Mars, which he believes will take place as soon as 2022. This proposed mission date is actually three years sooner than Musk’s initial estimate.

Musk claimed there are ‘two fundamental paths’ for humanity. Speaking at the International Astronautical Congress in Mexico this week, he said:

“One is that we stay on Earth forever and then there will be an inevitable extinction event… the alternative is to become a spacefaring civilisation, and a multi-planetary species.”

And with SpaceX already being the first private company to deliver cargo and dock at the International Space Station in 2012 a mission to Mars doesn’t seem that far-fetched. 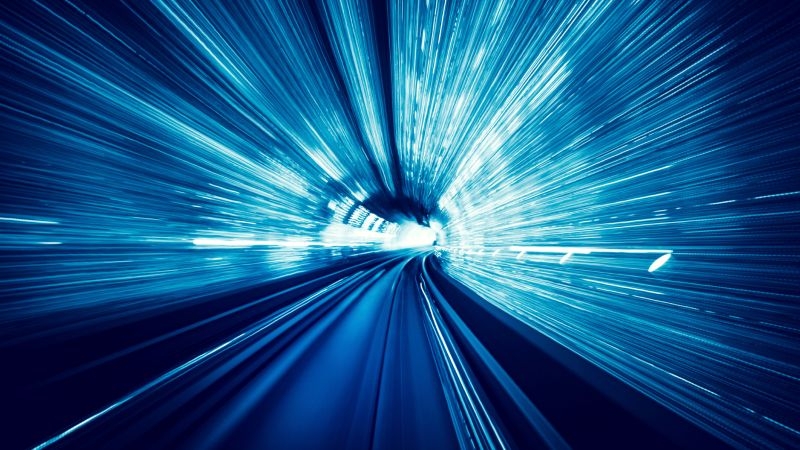 Back in 2013 Elon Musk introduced the concept of Hyperloop, a high-speed transportation system and opened it up for public development.

Hyperloop is a network of passenger capsules, which rest on a bed of air, within a tube travelling at exceptional speed. Entirely powered by solar panels and travelling at almost the speed of sound, the Hyperloop could get you from San Francisco to LA in just 35 minutes.

In May 2016, Hyperloop One, an LA-based company announced $80 million in series B funding and partnerships with ARUP, Amberg Group, Systra, and Bjarke Ingels Group.

And on 11 May 2016, Hyperloop One will perform its first public test of the structure in Las Vegas.

Since then the company received a large investment from the Richard Branson, Virgin Group founder in October 2017. This led to the firm renaming it Virgin Hyperloop Once.

Branson has secured a preliminary agreement with the Maharashtra State government to build a Mumbai-Pune Hyperloop system.

Interestingly lots of other companies proposing similar hyperloop structures have popped up, meaning it could be a reality sooner than we expected. 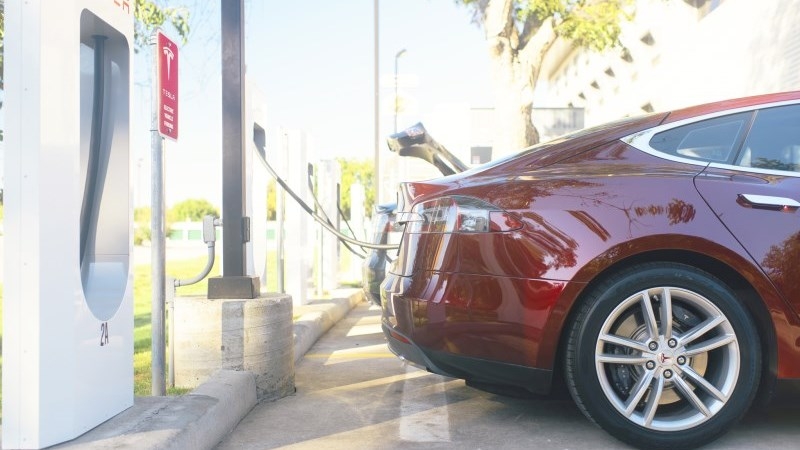 Tesla Motors aims to create practical electric cars that are affordable and ‘accelerate the world’s transition to sustainable transport’.

According to Elon Musk, pre-orders of the latest Tesla electric car ‘Model 3’ reached $10 billion in just two days. Model 3 will cost $35,000 and should be shipping the cars by mid-2017.

Hopefully, the production of the Model 3 will run smoother than previous cars such as the Model X which was delayed by three years due to engineering problems. 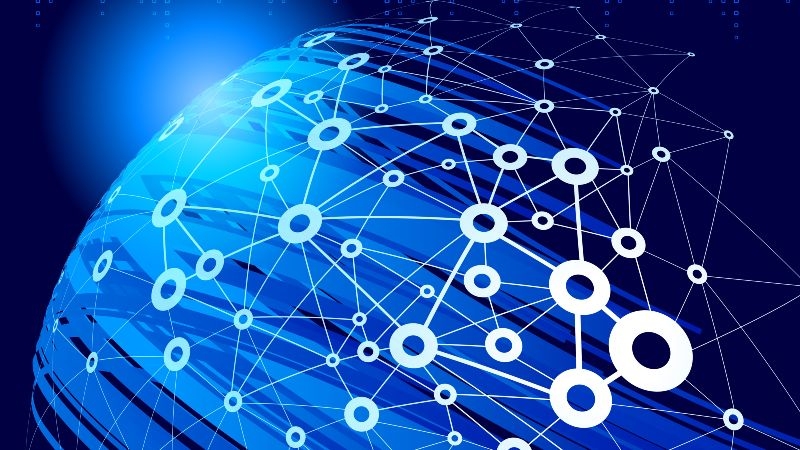 Elon Musk has announced plans to create low-cost Wi-Fi that can be accessed even in the most remote parts of the earth.

The project called Starlink aims to launch 12,000 satellites into low orbit to provide internet for those in the poorest and most remote areas. 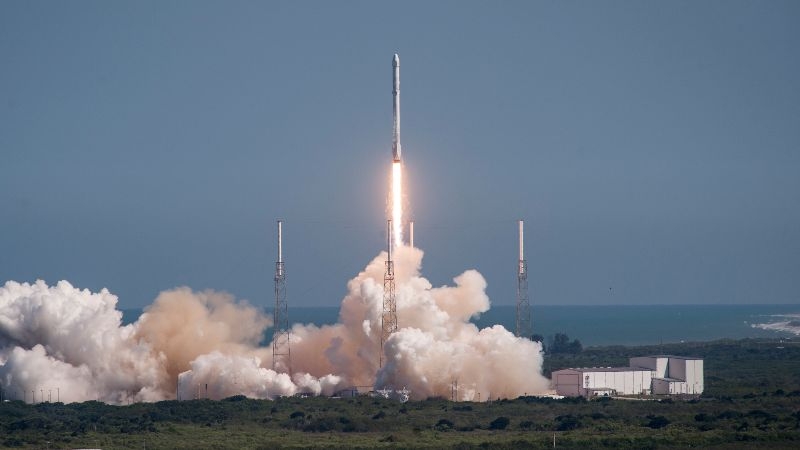 SpaceX aims to cut the cost of space travel making it possible for everyone.

It was announced in 2014 that SpaceX would be one of two (other being Boeing) to send human cargo to the International Space Station so everyday space travel might be nearer than we think.

Musk plans to develop reusable rockets aiming to reduce the cost of space travel. These rockets will be sent into space and brought back to land safely and intact for reuse.

This should make it much more cost-effective and also in Musk’s vision, not too dissimilar to air travel. 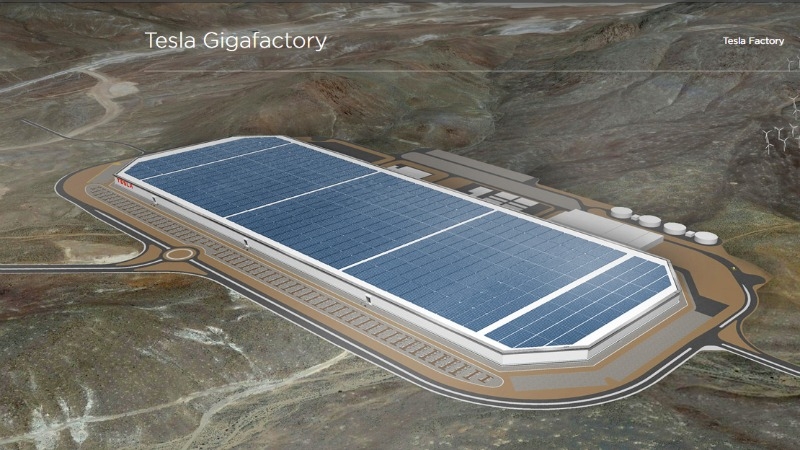 The Gigafactory is a lithium-ion battery factory aimed to support the large demand created from the production of Tesla cars. By physical area, it is the largest building in the world and should bring in $100 billion to Nevada state.

Tesla estimates that at the current projected rate of car production, i.e. 500,000 cars per year in the latter half of this decade, Tesla would require the world’s entire production of lithium-ion batteries. 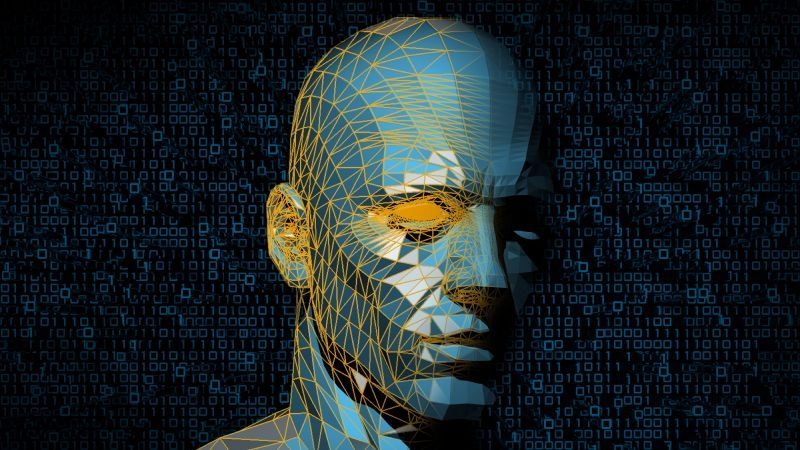 Musk has made his stance on uncontrolled AI development clear, calling it an existential threat.

Having committed to invest $10 million in AI safety, Musk and others like Stephen Hawking have aimed to highlight the risks associated with the current AI development and aim to promote a safer alternative for the future of humanity.

Musk co-founded OpenAI, in a bid to help create a regulated system and promote AI for good. However, as of February this year, Musk left the OepnAI group due to potential conflicts with his ongoing work at Tesla.

Even though Musk has left OpenAI his focus on ‘good AI’ is continuing.

More recently, there seems to be an ongoing debate between Facebook founder Mark Zuckerberg and Musk with Zuckerberg claiming that Musk’s warnings about AI are irresponsible.

Musk hit back, tweeting that Zuckerberg’s ‘understanding of the subject is limited’. 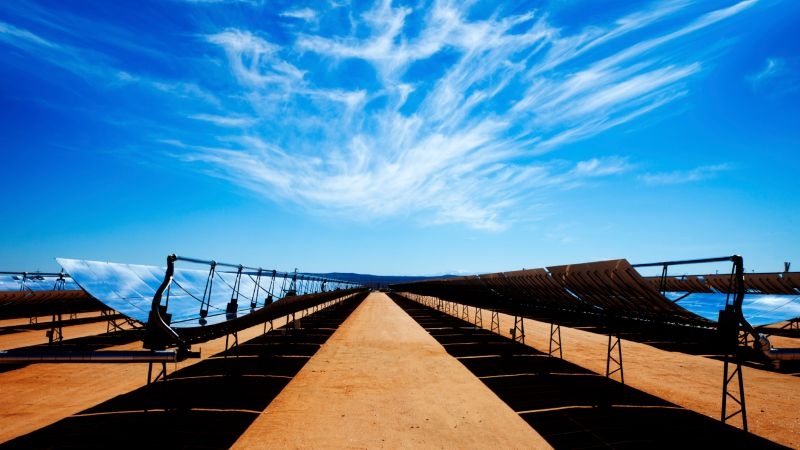 After formulating the initial concept, Musk is now the biggest shareholder of SolarCity.

The vision is simple: harness and store the sun’s energy to produce more than enough for the entirety of human civilisation.

To do this Musk has acquired solar cell innovator, Silevo and plans to build the largest solar plant in the US. Musk will also open a battery factory in 2017 to store captured sunlight to be used as backup in the winter and evenings.