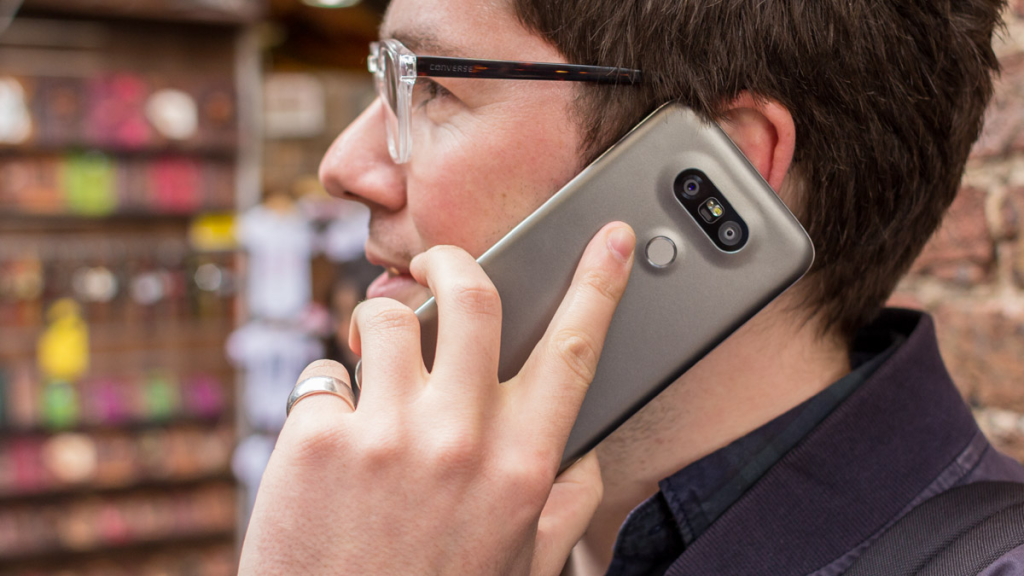 If you want to avoid being tied in to a 24- or 36-month contract when buying a new phone, or if you already have a handset and just want a SIM that you can stop paying for at any time, Pay As You Go (PAYG) is a great option.

There are quite a few advantages to these short-term, rolling ‘contracts’, and here’s what’s on offer from some of the best UK operators including Vodafone, giffgaff, Voxi, Smarty, Three and EE.

Jump to our buying advice below if you want to learn more about how contracts compare to PAYG plans.

Vodafone has a range of PAYG offers, which now include 5G plans as well. Its bundles start at £10 per month for 7GB of data, unlimited minutes and unlimited texts.

Whether you choose a 4G or 5G plan, all its PAYG offers include the ‘Total Rollover’ feature, which means you can carry over any unused data, texts or minutes into the next 30-day period. Though keep in mind you won’t be able to carry over the same allowance portion a second time once it’s already rolled over.

One of the true innovators in PAYG, Giffgaff has been around for many years now and still offers great value for customers. The company provides a number of bundles, called Goodybags, that allow you to select a plan that matches your particular needs. The best part is that you can change to a different Goodybag each month with no penalties or hassle. All are 4G- and 5G-ready for the same price.

The best overall deal at the time of writing is the £10 Goodybag that gives you 15GB of data, unlimited minutes and unlimited texts. This is a ‘golden Goodybag’ that you can get if you choose to auto-renew your monthly payment.

Paying £15 for a golden Goodybag gets you 30GB, and there are more options too.

Giffgaff runs on the O2 network, so be sure to check that your area has good coverage before making the switch. You can do so by using the O2 coverage tracker.

Bear in mind that Giffgaff’s customer service is essentially other Giffgaff users and it’s all forum-based: there’s no-one you can call if you run into problems. However, problems are rare and online help is usually quick and effective.

Smarty is a great service (owned by Three) that offers some incredible deals for those who use a lot of data. There are two main options you can try, both of which feature unlimited calls and texts. The first provides a smaller amount of data but refunds you money for any that isn’t used up by the end of the month.

Should you prefer to blast your way through a data allowance with gay abandon, then there’s the non-refund tiers that present an excellent bargain. £10 a month grants you 30GB, while £15 is 50GB and £20 is unlimited. Wow. You’re also allowed to tether the data, so working on your laptop while using your phone as a hotspot is another advantage.

All plans work with phones that support WiFi calling, and there’s roaming in the EU at no added cost.

Voxi may be a new name to many people but like Smarty, it’s actually a sub-brand of another network – in this case, Vodafone.

The PAYG plans available are great value by themselves, but Voxi has a unique feature in that all social media use is exempt from your data allocation usage. This means that you can happily exchange WhatsApp videos, Snapchat photos, peruse Twitter and Facebook for hours, all without making a dent in your monthly allowance.

This is particularly useful if you have (or are) a teenager who wants to keep up with their friends constantly throughout the day, which normally gobbles up data at a rapid pace.

The plans at the time of writing come in five standard offerings, all with unlimited calls, texts, and picture messages. There’s £10 for 15GB of data, £12 for 20GB, £15 for 30GB, £20 for 100GB and endless data for £35, with the bonus that they can be used while travelling in Europe at no extra cost – despite Brexit.

All these prices include 5G at no extra cost if you have a 5G-ready phone.

Again, you can leave at any time without incurring a cost, and all plans allow tethering of laptops and tablets.

Alongside providing standard contracts, Three also has some good options for those who prefer PAYG. The baseline contract offers no set cost but instead charges you for data, texts or minutes as you use them. The rates are 10p per minute, 10p per text, and 5p for MB. If you’re only going to be receiving calls, occasionally texting and emailing then it could be a cost effective tariff.

We’d recommend a set tier though, as you’ll get better value when using your phone more often. The current pick of the crop is the £15 contract that grants you 25GB of data plus unlimited texts and minutes.

The tariffs are active for 30-days at a time and you can end then whenever you like. They also all come with Three’s free EU roaming perk.

EE is the largest mobile operator in the UK and now is part of the BT empire. With this clout comes an enviable coverage for its network across the UK and fast data speeds. You can pick up plenty of traditional contract deals with the provider, but it’s worth investigating the PAYG options as there often some good offers and promotions.

One nice feature of the plans is that if you stick with them you’ll be rewarded with a ‘boost’ every three months. You get to choose whether to increase your data, minutes or texts allowance. It makes most sense to boost data, and means that those on the 2GB plan for a year will essentially upgrade to a 4GB one for the last three months of service.

The normal prices aren’t as good value you’d receive with other providers on this list, but if you can get in promotions then they’re worth considering.

Phone contract vs Pay As You Go

When you sign up to a regular contract with a mobile network you’re usually agreeing to remain in that deal for at least a year, but possibly two or three. In return for this loyalty you’ll often get a phone for free (or at a low price) but in reality you’re spreading the cost of that handset across the duration of your contract.

And for a lot of people, this regular monthly payment is fine because it means they can move to a new phone every couple of years. But there are drawbacks, as existing customers can find that they don’t get as good a deal as new ones and leaving a contract early can be a very expensive business as you’ll usually need to pay up the balance in one go.

The alternative, of course, is to buy a phone outright and just get the SIM from the mobile network. That’s what Pay As You Go packages (or SIM-only, which is the same thing) are all about.

As the name suggests, you’re not tied into a lengthy contract – if you wish you can stop using the SIM at the end of the month without any penalty charges. Due to the short-term nature of the plans you may find that prices for data, texts and call minutes are higher than those on traditional plans, but most people opt for deal which has an allowance of inclusive data, minutes and texts so they never need to pay the standard rates.

Many PAYG deals offer the same sort of features as monthly contracts, which means things such as data roaming will still work in other countries and you can share your data with other devices by using your phone as a Wi-Fi hotspot.

PAYG works best if you already have a phone to use, as this keeps down the costs of adding a new one to the tariff. If you got your device as part of a previous contract with a network provider (EE, O2, Vodaphone, etc) then you’ll need to make sure that it isn’t locked to that network.

Can I keep my number when changing to PAYG?

In the past this has often been a bit of a challenge, but Ofcom has changed this by putting in place the Text-to-Switch regulations that now make it a simple case of sending a single text message.