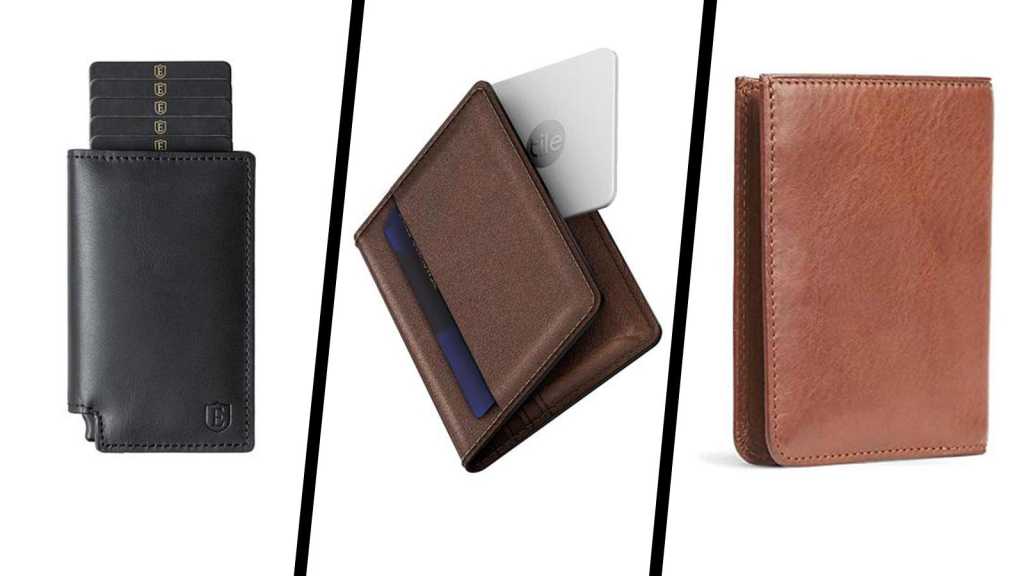 Your wallet might not be the first thing you think about adding tech to, but smart wallets make a lot of sense. Whether you want to avoid card clash, protect yourself from theft and fraud, or make sure you never misplace it round the house again, a smart wallet has got your back.

Most use RFID shielding to block the signals from contactless cards, reducing the risk of card clash stopping you from making payments. They double as theft & fraud protection, blocking any attempts at contactless theft that try to lift money or information from your cards without you even realising.

Other smart wallets build in Bluetooth trackers from Tile or Chipolo, so if you lose your wallet – whether that’s round the house or out in the world – you can quickly track it down again.

Some even come with more low-tech bells and whistles than what you’d see on a traditional wallet, if you’re searching for something a little more sophisticated, like hidden cash pockets or quick-access card slots.

But which is the right one for you? We’ve tested a few, and here are the best smart wallets we’ve found so far.

The Nodus Hifold is a smart little wallet that manages to stay slim while still packing in up to 13 cards and cash – and even a little slot for a key.

There are four colours – the usual black and brown joined by teal and grey – and RFID shielding throughout protects you from card clash or opportunistic thieves.

Conveniently there’s also a separate hidden pocket that isn’t RFID-shielded, so you can pick one card to use for contactless payments without worrying about card clash from the others. Bear in mind that this pocket is a bit particular about placement though – put your card in the wrong way and the shielding will still block the NFC chip, so try it both ways before you give up.

Ekster is a young company that makes smart products. Its Parliament wallet is a slim and compact wallet with an RFID anti-theft lining and a clever plastic tab that deals you up to six cards evenly from its main compartment. There’s room in the flap for two more, and an elastic belt to hold notes or receipts.

The smart part is in the optional solar-powered Chipolo tracker that slots into the back sleeve of the wallet. It connects to your phone via the Chipolo app and means you can see on a map where you’ve left your wallet – handy for the absent-minded or in the event your bag or wallet is stolen.

You can also ring the card from your phone in case you really can’t find your wallet and can instead follow the beeping till you’re reunited. The wallet and card are an expensive option, but it’s a neat, slim package overall.

Bellroy make awesome phone cases and its wallets are great too. Not only are they well designed with tasteful, minimal looks, but some have a smart addition that make them cleverer than your average.

The Bellroy Hide & Seek has an RFID-protected lining. This stops potential theft as criminals can use an RFID reader to subtly skim your wallet and duplicate the electronic info on it to clone or use your debit or credit card. With this special lining you can rest assured that your cards are safe.

The high-quality leather wallet also has space for over twelve cards with some neat space-saving techniques but its other clever design is a flap over a section of the note holder to hide your wads of cash from prying eyes.

Traditional wallets can only go so far if you carry around a lot of loose change – but you won’t have that problem with the Nodus Compact Coin Wallet.

Coming in a choice of four colours – brown, black, teal and grey – this nifty little product has space for up to 17 cards, cash and a key in the internal zipped compartment, as well as two external pockets for the cards you want to use, complete with RFID shielding to protects from any card clashes, which checked out during our testing.

The design does mean that your cards are partially on show – handy for knowing what you’re using, but a little exposed if you don’t want your cards openly on display. Nonetheless, this is a great alternative to other classic smart wallet designs.