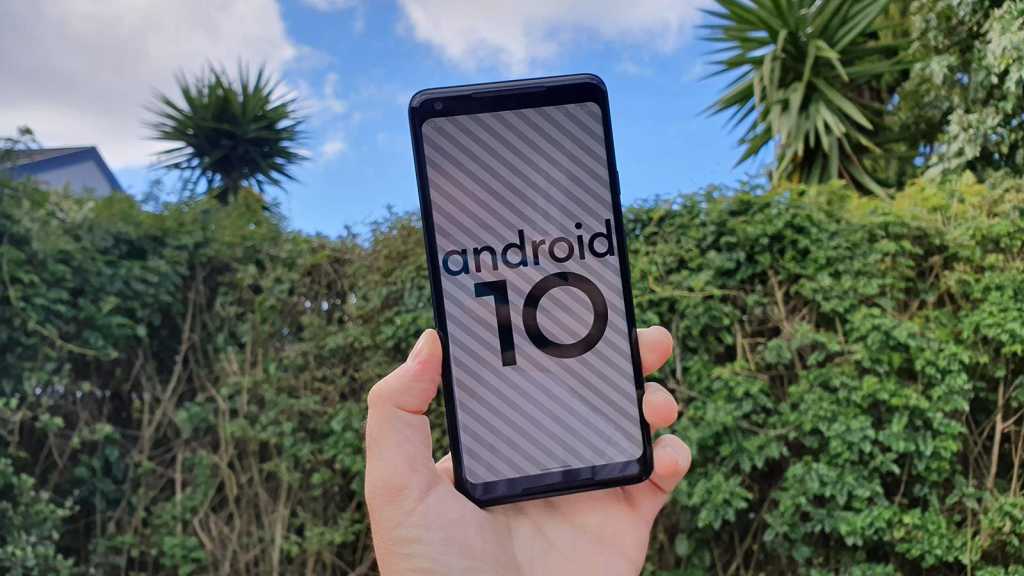 September 2019 saw the free release of Android 10 for every Google Pixel phone in the world. The Pixel line might not sell particularly well but the fact even 2016’s first generation got the update shows that Google is serious when it comes to fulfilling (and in this case overdelivering) its promise of two years of Android OS updates.

Whether you’ve got that first Pixel, the recent Pixel 3a or are going to buy a Pixel 4, the software is practically the same – that level of software consistency across generations of phone is only beaten by the iPhone.

The best part is, even though it happens slowly, these Android 10 features should filter down from the Pixel line to many other Android phones from the likes of Huawei, Samsung, Sony, Oppo and the rest.

Android 10 is the first full version of Android not to be named after a dessert or sweet treat. It’s probably for the best as it’s now a bit easier to track which version you have without having to remember the name of some candy or biscuit. Thankfully Google has put its full attention into making the core Android experience even better in some meaningful ways.

We fully reviewed Android 10 and although it’s an incremental update it brings thoughtful, clever new features and ways to use your phone that we love. Here we show you how to get the most out of Android 10 with our favourite tips and tricks.

It’s one of Android 10’s headline features but it is the easiest to turn on. Dark modes have been around for a while on other phones, but Google has finally put an official one (called Dark theme) in Android 10 – but it doesn’t make every app dark.

It doesn’t even make every Google app dark. But given the Pixel phones (and most other high-end Android phones) have OLED screens, using dark mode is battery efficient and not just an aesthetic choice. The fewer bright pixels, the less energy used.

Go to Settings > Display > Dark theme and toggle it on. Voila.

There’s also a toggle switch in the pull down notification shade.

Dark Mode on Android 10 will also now impact your Instagram feed. Read more about turning on Dark Mode on Instagram.

Use the new navigation gestures 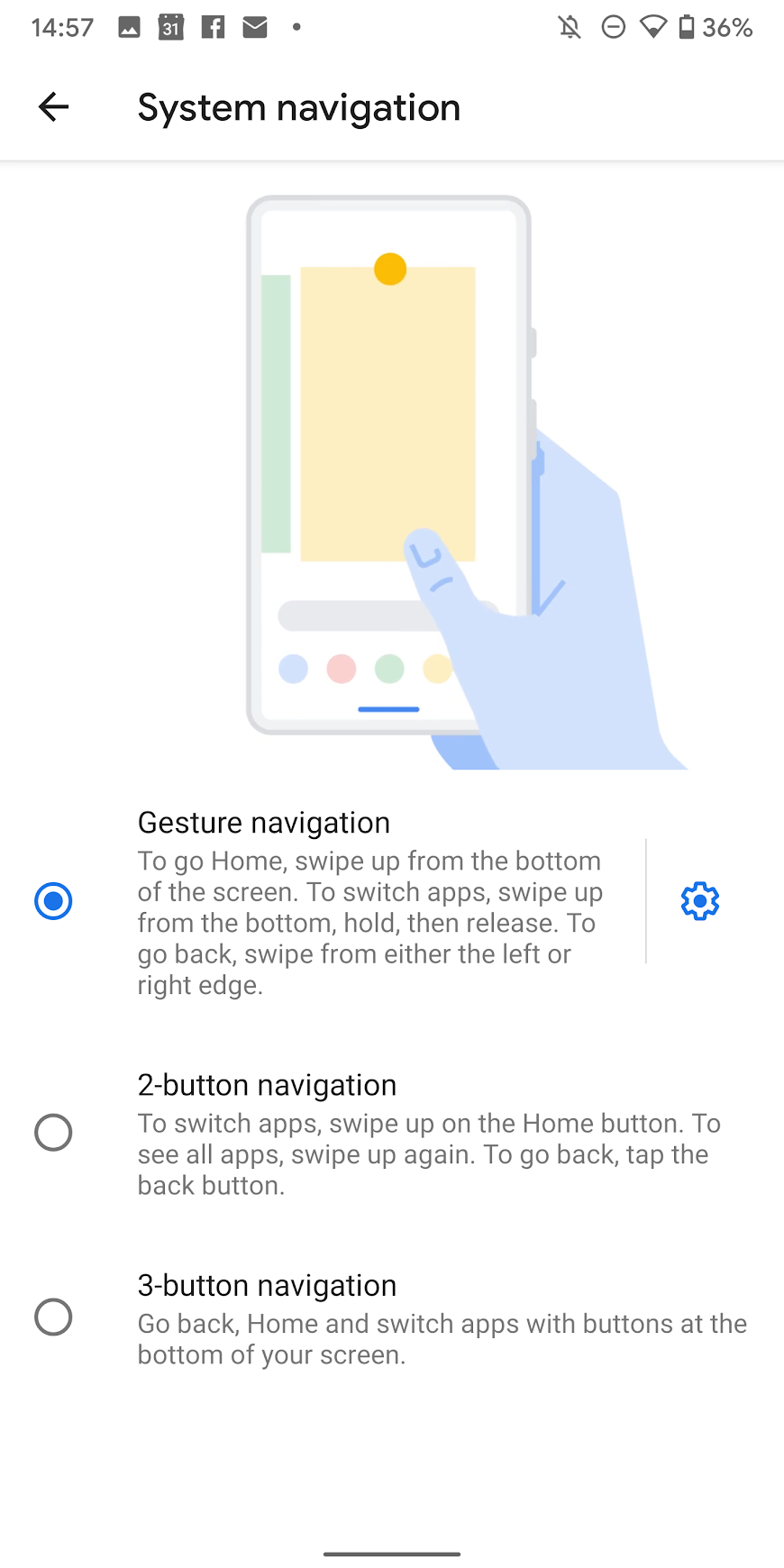 Android 10 introduces full system navigation gestures to replace the traditional three button Android nav and Android 9 Pie’s, swipe, pill and back button combo (though the latter two are options for you if you prefer). The full gestures are good, and are pretty much the same as the iPhone’s.

It’s surprisingly easy to get used to and we prefer it to the three button navigation – hooray for evolution!

Go to Settings > System > Gestures > System navigation to select which you’d like to use. If you use gesture navigation, tap the cog to select how sensitive the back swipe gesture is, though we rarely noticed a difference in our testing. 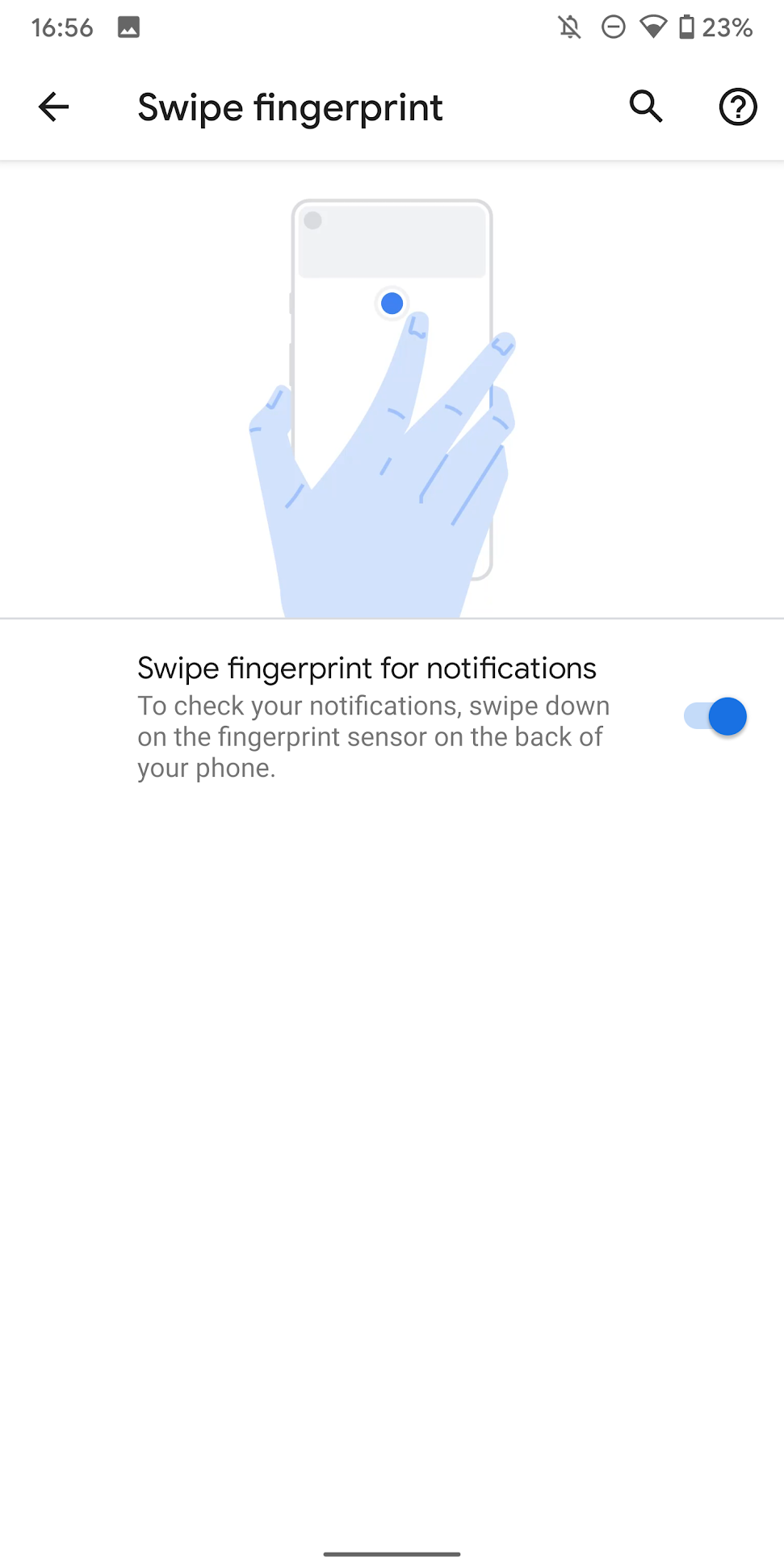 This applies to every Pixel phone up to the Pixel 3a but may not be a feature on the Pixel 4 if there is no physical fingerprint sensor on the back. But for everyone else, and for some other Android phones, Android 10 les you turn on an option to swipe down on the sensor to pull down the notification shade.

It’s very handy for one handed use and especially on the larger Pixel XL, 2 XL and 3 XL where it’s hard to reach the top of the screen with your thumb. 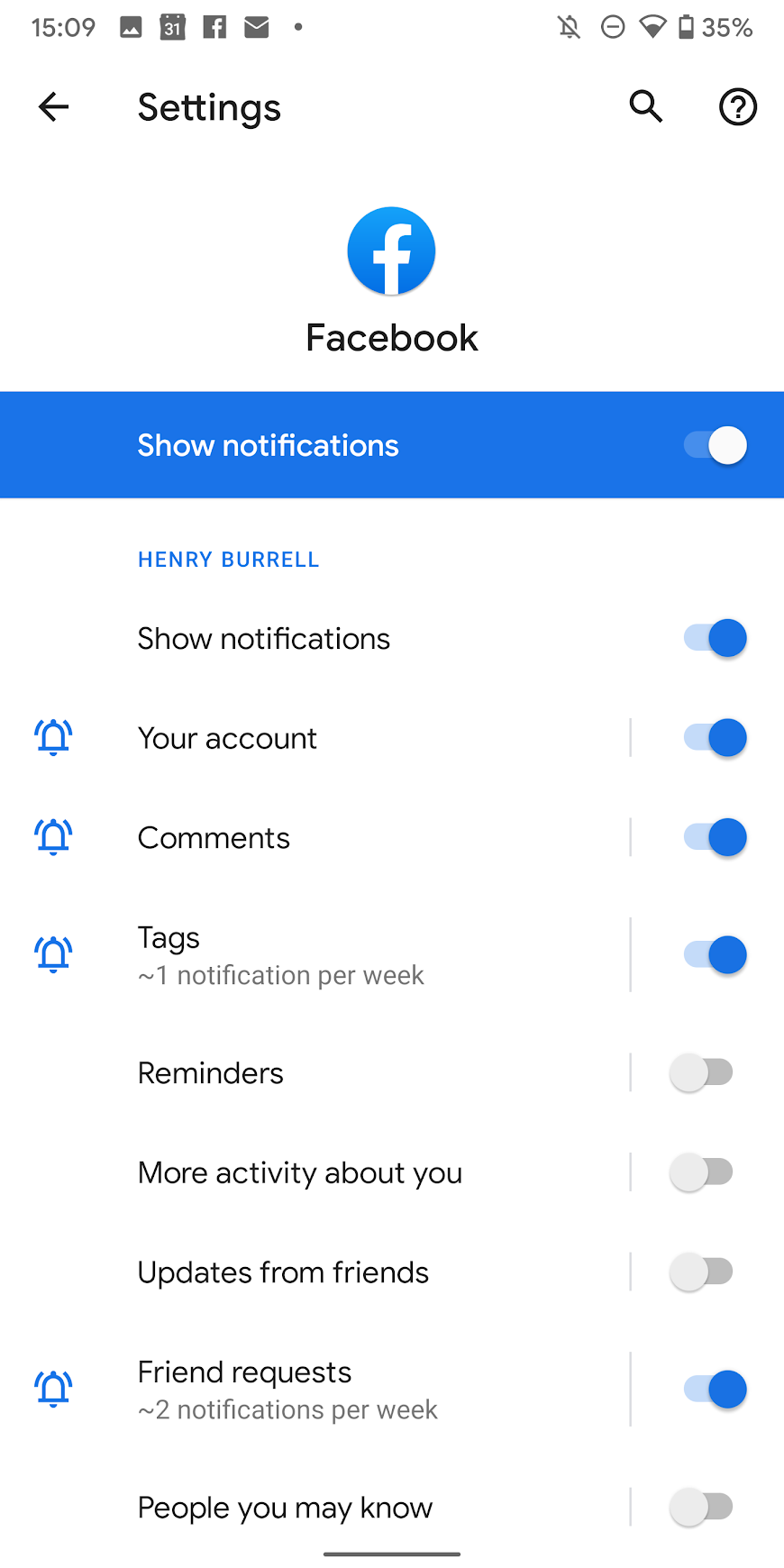 Each new version of Android tends to tweak the notification settings and their appearance and Android 10 is no different. You can long press a notification to mute that app, or dig down into granular notification types for certain apps.

It’s great – you might only want birthday notifications from Facebook andnothing else, for example. You can turn off types of notification completely or keep them on but as ‘silent’ rather than ‘alerting’ where you’ll get a notification but it won’t make a sound or vibration. When silent you can also toggle on those notifications being minimised in the pull down shade for the most discreet alert possible. 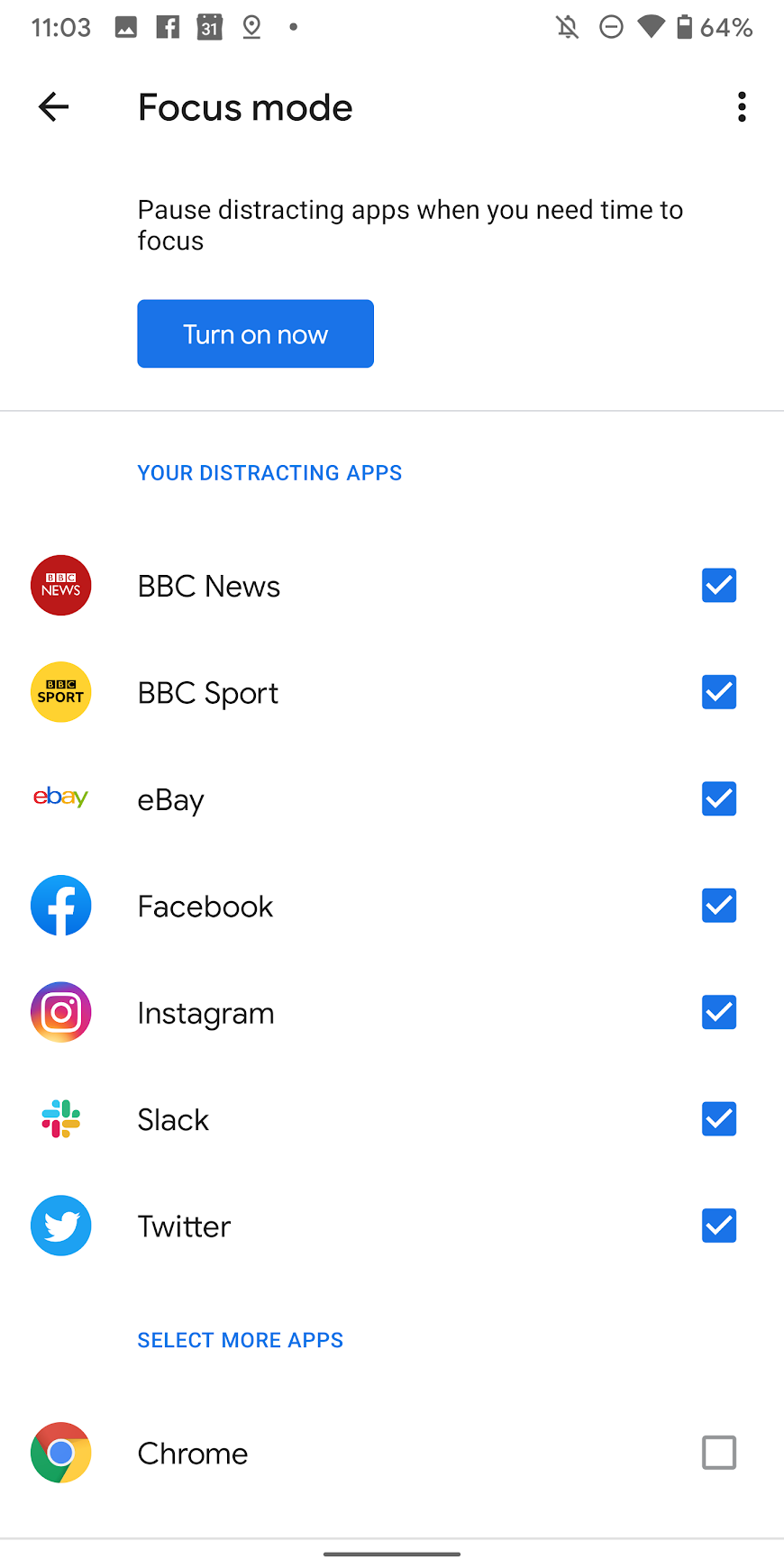 A part of Google’s Digital Wellbeing suite, Focus Mode is a straightforward feature that blocks alerts and activity from apps that you select. So, Facebook, Instagram, Snapchat and anything else that sucks you into half an hour of scrolling should be applicable here. It’s a simple way when working to fully silence all the apps that you know will make you less productive.

Or maybe you’ll have it on all week and only turn it off on the weekend. It’s up to you.

Go to Settings > Digital Wellbeing > Focus Mode > and tick the distracting apps in the list that you want to block when the mode is on.

You can then turn on Focus Mode from here or add it to the pull-down shade and toggle it on and off as required. To add it to the shade, pull down the shade twice from the top of the screen to expand it and tap the pen icon. Then hold and drag the Focus Mode circle into the top section of the shade and press back. 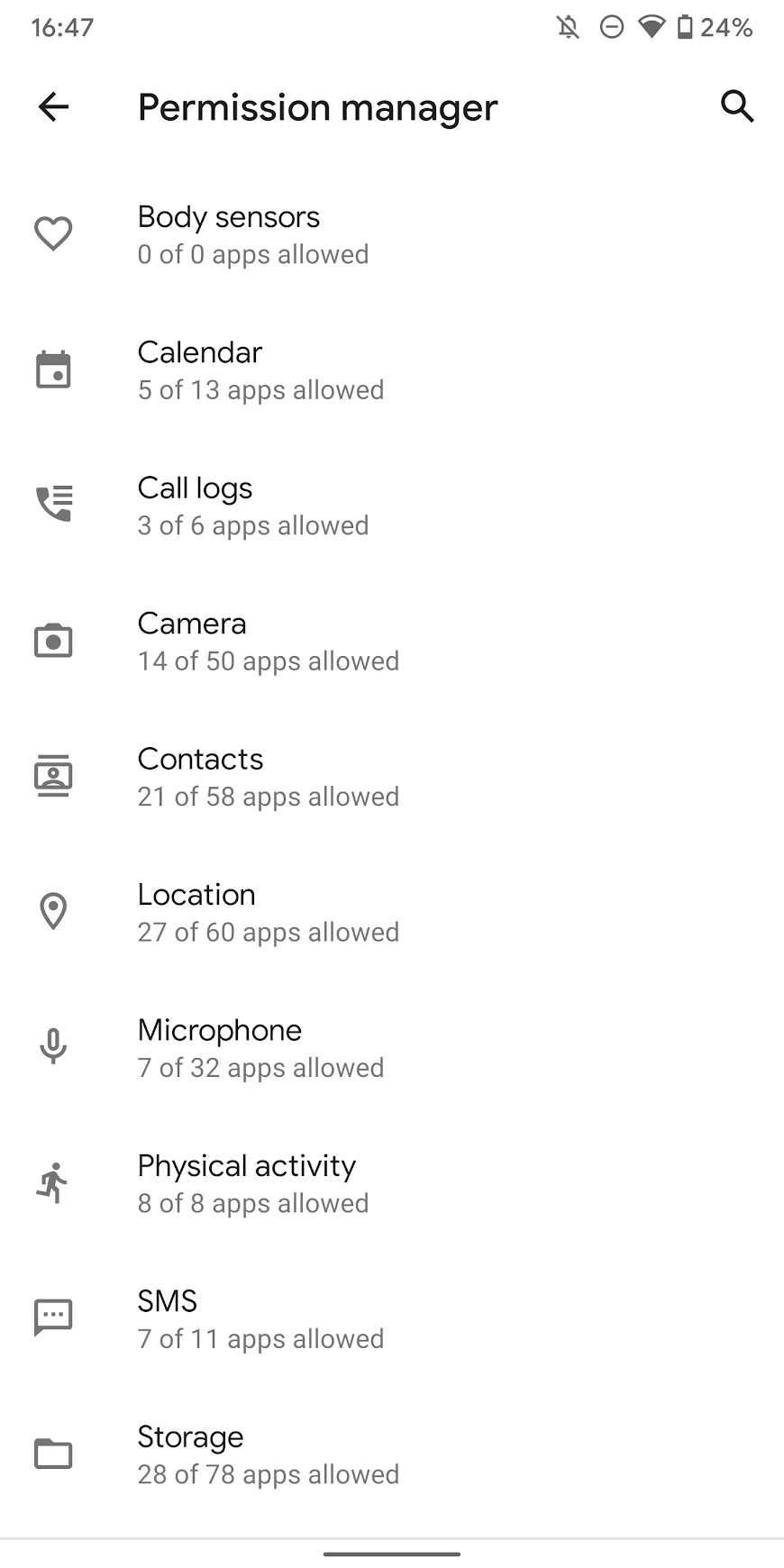 Google has done a lot of work behind the scenes to improve your device privacy with Android 10. It’s cracking down on things like camera permissions from third party apps, and doesn’t let any app access your clipboard data, for instance.

It’s the first time there’s been a Privacy tab in the settings menu. The permission manager in there is where to go to see how many of your apps have permission to access everything from camera to call logs and storage to SMS. You can easily turn off particular permissions right here, easier than ever before.

Go to Settings > Privacy > Permission manager and then tinker away to be as private as you like. It’s great to see on Android, a platform derided, often unfairly, for being insecure. 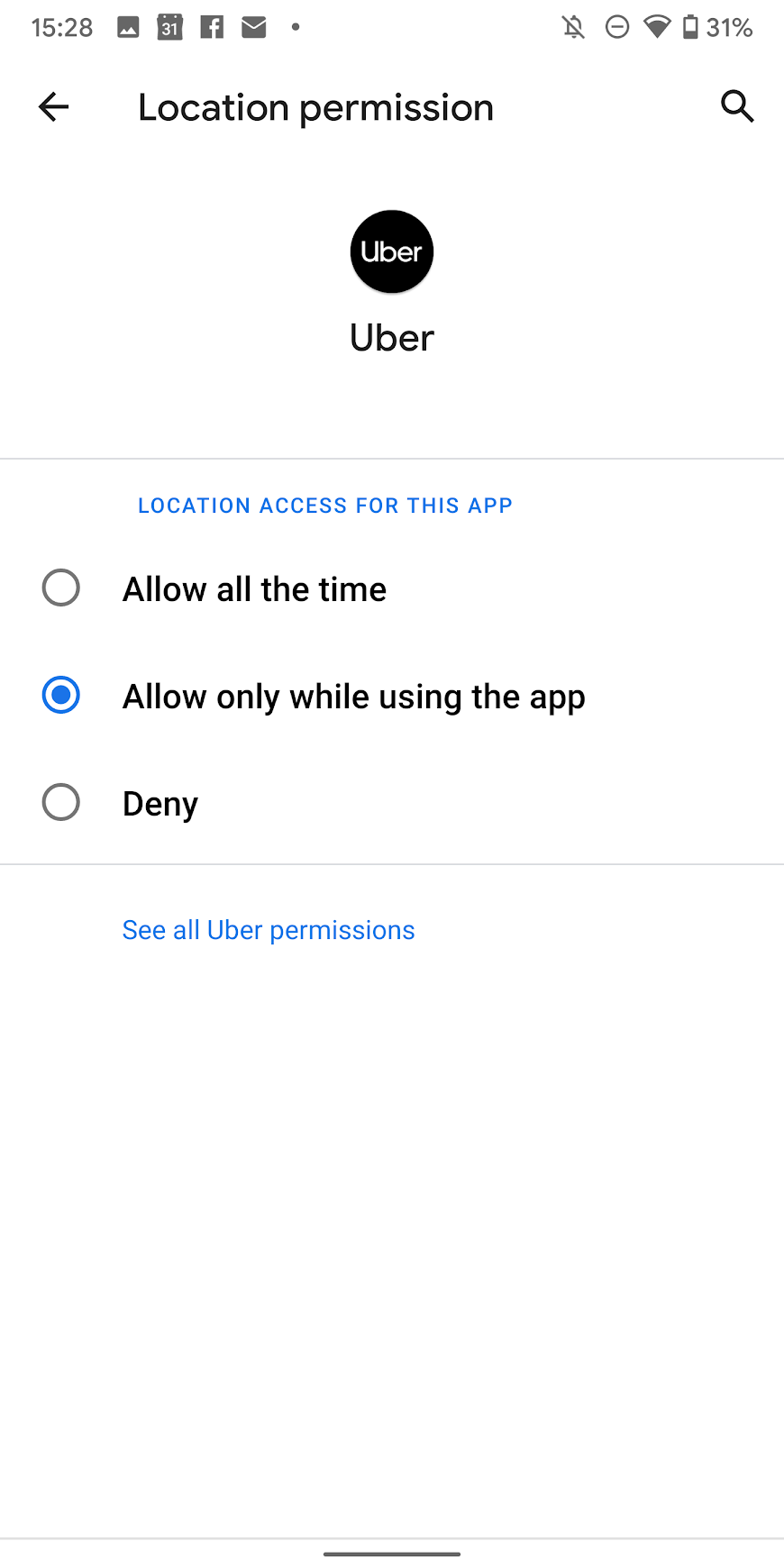 Part of privacy settings but worth highlighting on their own is the control Android 10 gives you over location. It’s important enough to have its own tab in the settings menu too, after all.

Android 10 now gives you the option to have Location turned on, off or only while using the app, so you can choose to only let apps like Uber, Google Maps or Deliveroo access your location when you need the app to do so.

It means that the sometimes-sneaky nature of apps to run in the background and access your location when you’re not using the app is easily stopped. Some app developers harvest that location data to build a profile of your habits and sell that data on. Not all apps, mind you, but it happens. This is the best way to stop that data from being collected.

Go to Settings > Location and select the app you want to change.

You’ll see that the system also shows Recent location requests to highlight possible rogue apps that you want to turn location off for. 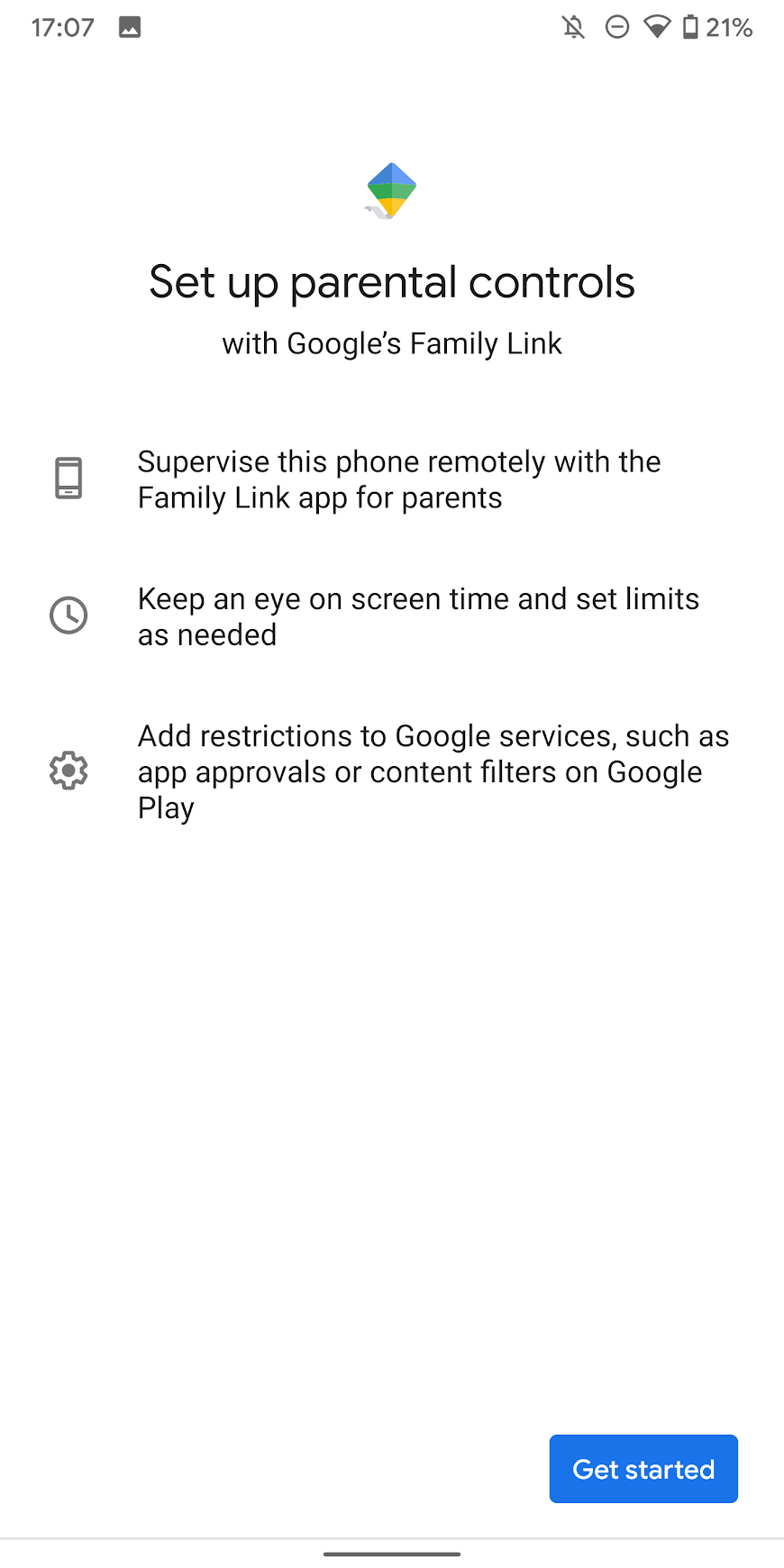 Google has put its Family Link software into Android 10 as part of Digital Wellbeing. It lets you set restrictions on the device if it’s being used by a child or teenager, ranging from app time limits, out of hours use limits, app blocks and monitoring their use from your own phone.

You’ll need to download the Family Link app to use the feature but otherwise it’s in the settings. You can do this during the setup: 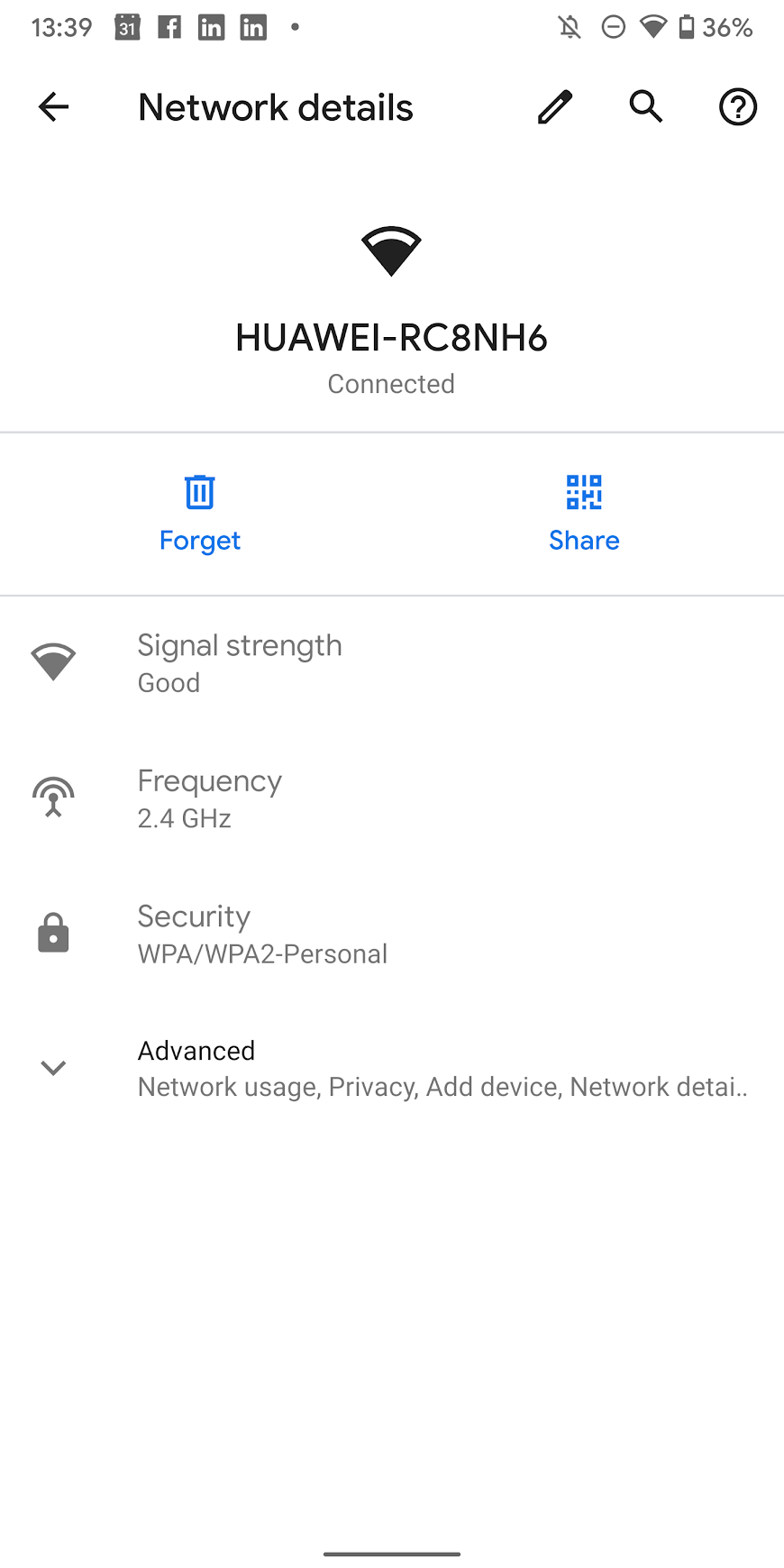 A superb new feature in Android 10 is the Wi-Fi sharing option. No longer will you have to scurry around pulling your router from its resting place with wires twisting everywhere to read the long code on the back.

You can call up a QR code to easily share whatever Wi-Fi network you’re connected to.