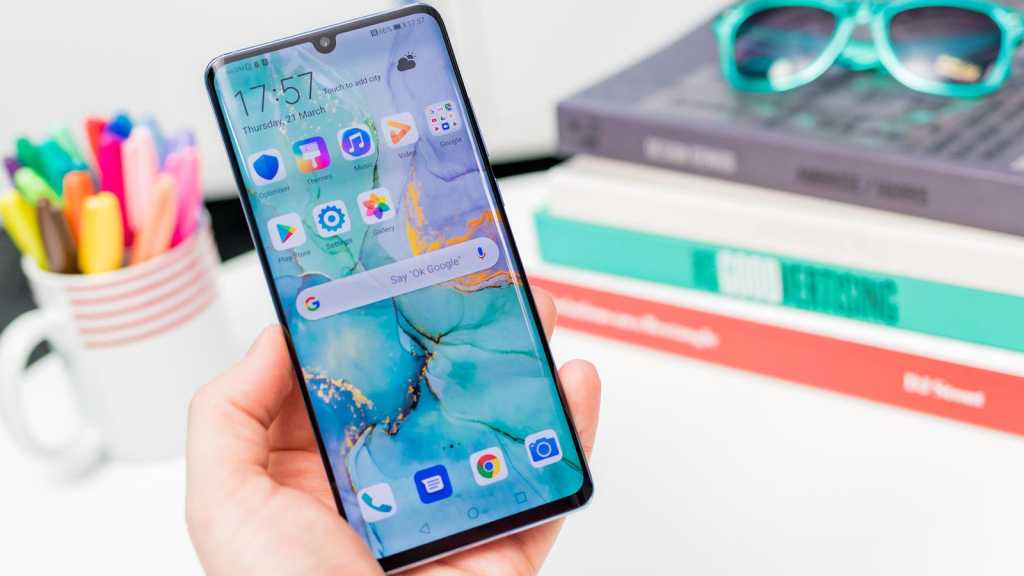 The P30 Pro took a lot of the best features from Huawei’s Mate 20 Pro, reviewed and then improved upon that phone’s cameras, making it an excellent choice for anyone wanting a versatile phone for photography and video.

Not everyone loves EMUI – the skin that Huawei puts on top of Android – but it does have a lot of great features including dark mode, gesture navigation and even an option to call out “Where are you” to find your phone when you’ve lost it. Many of these are disabled by default, so we’ll show you how to enable and use them.

Plus, we’ve also got some brilliant tips for getting the most from the P30 Pro’s cameras. You can also read our P30 Pro review.

Huawei makes the usual Android three-key navigation the default system on the P30 Pro, but we really like the gesture navigation that works a lot like Apple’s version on the iPhone X onwards. It means no screen real-estate is given over to buttons and it’s also intuitive.

Swipe up from the bottom to return to the home screen, swipe up and hold to switch apps and swipe in from the left or right to go back. The latter gestures do sometimes conflict with swipe-out menus, but to use those swipe in from near the top instead of the middle or bottom of the screen.

To enable it, open Settings and go to:

Choose Gestures and you can tap on Settings to enable or disable the gesture for swiping up from one of the bottom corners to bring up the Google Assistant.

Huawei’s EMUI takes quite a lot of inspiration from iOS, so by default the home screen is set to display all apps across multiple screens. If you’d rather have the traditional app drawer, no worries.

Even before Google added it in Android 10, EMUI offered dark mode to save your retinas in low light. To enable it on the P30 Pro:

Since the P30 Pro has an OLED screen, changing to dark mode can also help increase battery life.

Huawei makes a big deal of the P30 Pro’s great battery life, but this is partly achieved by disabling certain features by default. The always-on screen is one of these, but some people find it very useful to be able to see the time, date and app notifications without having to wake their phone.

To enable it, go to Settings > Home screen & wallpaper > Always on display

There are some settings in there too, such as the ability to limit the always-on display to specific hours.

If you’re coming from an iPhone and want your P30 to wake when you pick it up, go to:

There you can also enable a setting which lets you double tap the screen to wake the phone.

Another feature that’s disabled by default is performance mode. In fact, the default settings are aggressive on power saving, which is why when you first set up your P30 Pro the screen turns off after only a few seconds of inactivity (this also happens when you enable the standard power saving mode).

To unlock the phone’s full performance you’ll need to enable performance mode by going to:

This does mean that – as standard – you’re not getting the maximum performance in games and other demanding apps, but the trade-off is better battery life. There is a small gain from performance mode, but it’s not hugely noticeable.

Alexa instead of Google Assistant

If you have an Amazon Echo you might be used to using Alexa. And you can now make Alexa the assistant on the P30 Pro so she’ll appear when you long-press the sleep/wake button.

To make the change go to:

Then tap Alexa instead of Google Assistant. Note: you must have the Amazon Alexa app installed and be signed into your Amazon account otherwise you won’t see the Alexa option, and it won’t work.

We love the P30 Pro’s great 32Mp selfie camera, but some would rather not see the notch it makes in the top of the screen. If that’s you, head to:

You have two choices. Either select Hide notch, or tap Custom in the Default section to choose which apps hide the notch and which don’t.

Those with a Huawei Watch GT will already have the ability to find a lost phone, but if you don’t have a smartwatch there’s a nifty feature in EMUI that lets you set a wake-up phrase that listens out for your voice, and your voice only.

Once set up you can then say “Where are you” and the phone will reply in its strange Chinese way. But at least it will allow you to figure out where you left it.

To enable it go to Settings > Smart assistance > Voice control.

Tap Voice wakeup and toggle it on. You’ll have to record three phrases in a quiet room. Then you can say “Where are you?” to make your P30 Pro respond.

You can charge the P30 Pro via the USB-C cable or a compatible Qi wireless charger. But the phone can also act as a wireless charger itself. If you’re feeling generous and want to help out a friend in need, turn on Wireless reverse charging and they can place their phone (which must support wireless charging) on the back of your P30 Pro.

You’ll find it in Settings > Battery.

The P30 Pro can tell if you’re using your finger or a knuckle, and some of Huawei’s knuckle gestures are actually pretty useful.

For example knock on the screen to take a screenshot.

Or knock twice with two knuckles to start a screen recording – a handy shortcut if you record the screen often.

Keep apps running in the background

One of the really annoying things about some Android phones – including the P30 Pro – is that apps will get shut down the background to save power. This can be particularly confusing if you’re used to an iPhone which doesn’t tend to do that.

And having apps killed is no good if you need to see a notification when someone rings your smart doorbell.

To stop this happening, go to Settings > Apps > Apps.

Scroll down until you find the app you want to keep running. Tap on it, then tap Power usage details.

Now tap App launch and toggle ‘Manage automatically’ to off, which will prevent Android from stopping the app when it’s running in the background.