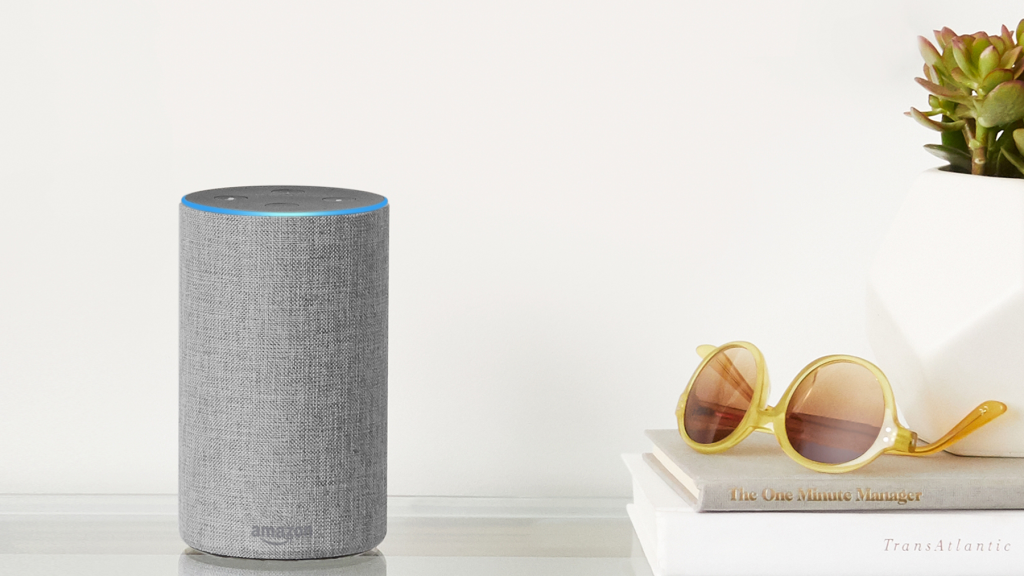 The Amazon Echo range has increased quite a bit since the first smart speaker was introduced a few years ago. To accompany these helpful devices there’s also a wide selection of accessories, from stands to speaker cabinets and battery bases. Here’s our pick of the best ones currently available.

One of the latest accessories is the new Echo Wall Clock, which is made by Amazon. Previously available only in the US, it’s now also available in the UK at £29.99.

This simple device is basically battery-operated clock that you can hang anywhere in the house. The magic happens  when you pair it with an Echo device, as you’re then able to set multiple timers and alarms that can let you know when it’s time to take the chicken out of the oven, leave to pick up the kids, or stop watching Netflix.

Each timer can be given a name so that they can be differentiated from each other, and the clock face shows minute markers so you can tell at a glance how long is left. There’s even a 60-second countdown animation to add a little excitement to proceedings.

If you want to beef up the bass from your Echo, then the Echo Sub is what you need. This 100W subwoofer has a 6in speaker that can add some serious low end to your music. Paired with a single Echo or Echo Plus it improves the audio available by some margin, but if you happen to have two Echo (2nd Gen) or Echo Plus (2nd Gen) then you can create a 2.1 system with a left/right stereo mix.

The snag is that the Sub only works with content streamed over Wi-Fi, so you won’t hear it doing its thing when the audio is coming from Bluetooth, 3.5mm Aux, or TVs, but for an easily assembled wireless system it’s a neat solution.

Those with an existing speaker or Hi-Fi system might prefer to use the Amazon Echo Input. This is essentially the same as the other Echo models but has the notable difference that it doesn’t contain a speaker.

Instead the idea is to connect it to existing speakers via either Bluetooth or a 3.5mm audio cable, turning your old ‘dumb’ HiFi into an Alexa-powered device.

Of course, the same thing can be achieved using a standard Echo Dot, but the Input is a bit cheaper and slimmer, so if those are considerations then the Input is a handy alternative.

Being able to take your Echo Dot with you from room to room greatly improves its usability. Sadly, this isn’t possible without unplugging it, moving, then plugging it into another socket as the device doesn’t have an internal battery. One way to fix this is the addition of a battery case. Simply popping the Echo into the case and charging it up means you can roam wherever you want to – including your garden so long as a Wi-Fi connection is still available.

There are many to choose from, but our current favourite is from i-Box. This excellent battery case for the 3rd generation Echo Dot promises up to 12 hours of use, plus an integrated 2.1A USB powerbank also allows you to charge your smartphone or tablet directly from the case.

Though the Echo Dot is pretty small, it might be that you don’t have a handy desk, sideboard, or kitchen surface to place it on.

A cheap and simple way to address this is with a wall mount. These don’t require fixing onto the wall itself as they are designed to use the plug socket instead. Once the Echo Dot is in the case and the power cord attached, the device will have power and Alexa will be listening as long as the socket is turned on.

The mount we’ve chosen here is the Sportlink that’s compatible with the 3rd-gen Dot, which is available in black and white to match whichever version of the Dot you have.

If you’re in the US, you can get the Matone Outlet Wall Mount Holder which features a practically identical design and is available on Amazon US for $10.99.

When you first purchase a second-gen Amazon Echo you have the choice of various finishes. But, as the covers are removable, you can change your mind and put on a different case at a later date if your tastes alter. This could be because you move it to another room where the furniture is darker or maybe you fancy one of the wooden variants to go with your décor.

Whatever the reason, Amazon’s decorative shells are a relatively inexpensive way to give your Echo a whole new look.

The first two generations of the Echo Dot were great but suffered from relatively poor audio quality when compared to the newer model. This can be rectified by the use of a speaker case. These also tend to contain a battery pack that makes the Dot portable. If you’re in the UK or Europe, take a look at the Majority Hobson Echo Dot Tower Speaker case that offers up to 20-hours of battery life and adds a 360-degree speaker to the mix.

While in the US there’s also the Skywin wireless battery speaker that features a 10W amplifier for its twin drivers and passive subwoofer, all of which will keep your music playing for 6 hours from a single charge.

We’ve also reviewed the Ninety7 Vaux which costs around £35 from Amazon.

Plus, in case you weren’t aware, you can power your first- and second-gen Echo Dot from any USB power bank to make it portable.

With the Echo able to act as an alarm, play you gentle music, and read off the headlines and schedule for the day, it makes a great bedside companion. A stand in which you place the first- or second-gen Echo Dot can therefore transform an older unit into an excellent clock that coaxes you from sleep gently while also ignoring your grumpy morning utterances.

i-Box has the Roost bedside speaker for those in the UK, France, Spain, and other parts of Europe, while those in America can partake of the charms offered by the Znewtech Clock stand.

You might not be aware, but your Echo can connect to your home phone line and allow you to make handsfree calls to your friends. It does require an extra piece of equipment in the shape of the Echo Connect, but thankfully Amazon has kept the price down to around £30 / $30 so it’s not an expensive feature to add.

Just place plug in the phone-line connector to the port on the back of the Connect, sync everything up in the Alexa app, and you can start ringing your friends without the need for a handset.

If you’re looking for a way to improve the sound projection of your third-gen Echo Dot, as well as make the buttons easier to see, then a desk mount can help. These small frames elevate the device off your desk and tilt it towards you, bringing all of the above benefits while also claiming to improve voice recognition.

The Wigoo table and desk mount is one such solution, available in either black or white to match your Echo Dot. If you want the ability to angle the device to your preferred orientation, then the Comsoon table holder offers a swiveling fixture similar to those found on phone holders in cars.