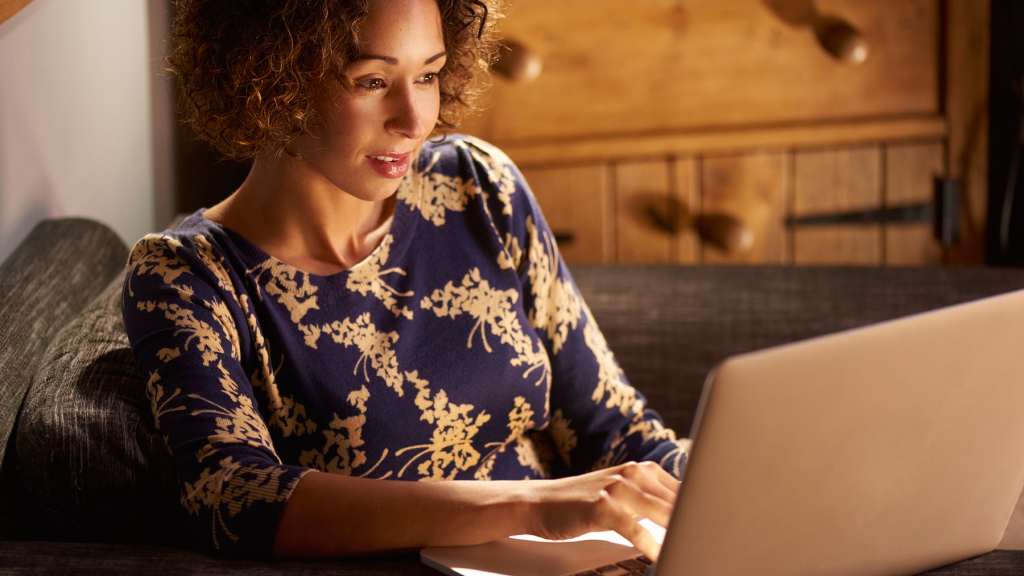 Some Windows apps cost hundreds of pounds. If you know that no other software can do the job and you need those features, this might be a necessary expense, but most of the time there is usually always a free equivalent that will meet your needs. So whether you need to edit photos, videos, documents or keep your PC safe from malware, here is the best free Windows software you can download right now.

You might not need a whole office suite, just a word processor. In case you didn’t know, Windows has one built-in: it’s called WordPad. It lacks many of Word’s features but may be all you need.

If you must have Word, then here are a few ways to  use Word for free.

Now that Microsoft has made a concerted effort to switch everyone to a subscription model for Office 365, it’s even more tempting to opt for a free alternative. Our pick is LibreOffice,which is far from being a mere off-shoot of OpenOffice. For most people LibreOffice offers everything you need, being just about as compatible with Microsoft Office as it’s possible to get.

If you want a suite which copies Microsoft’s ribbon interface, look at  Kingsoft Office Suite Free, and if you don’t mind embracing a cloud based service then Google Docs is another excellent choice, especially for collaborating with colleagues.

Also, there are plenty of  free PDF editors which allow you to convert a non-editable file into a format, such as .doc or .xls so you can change it. 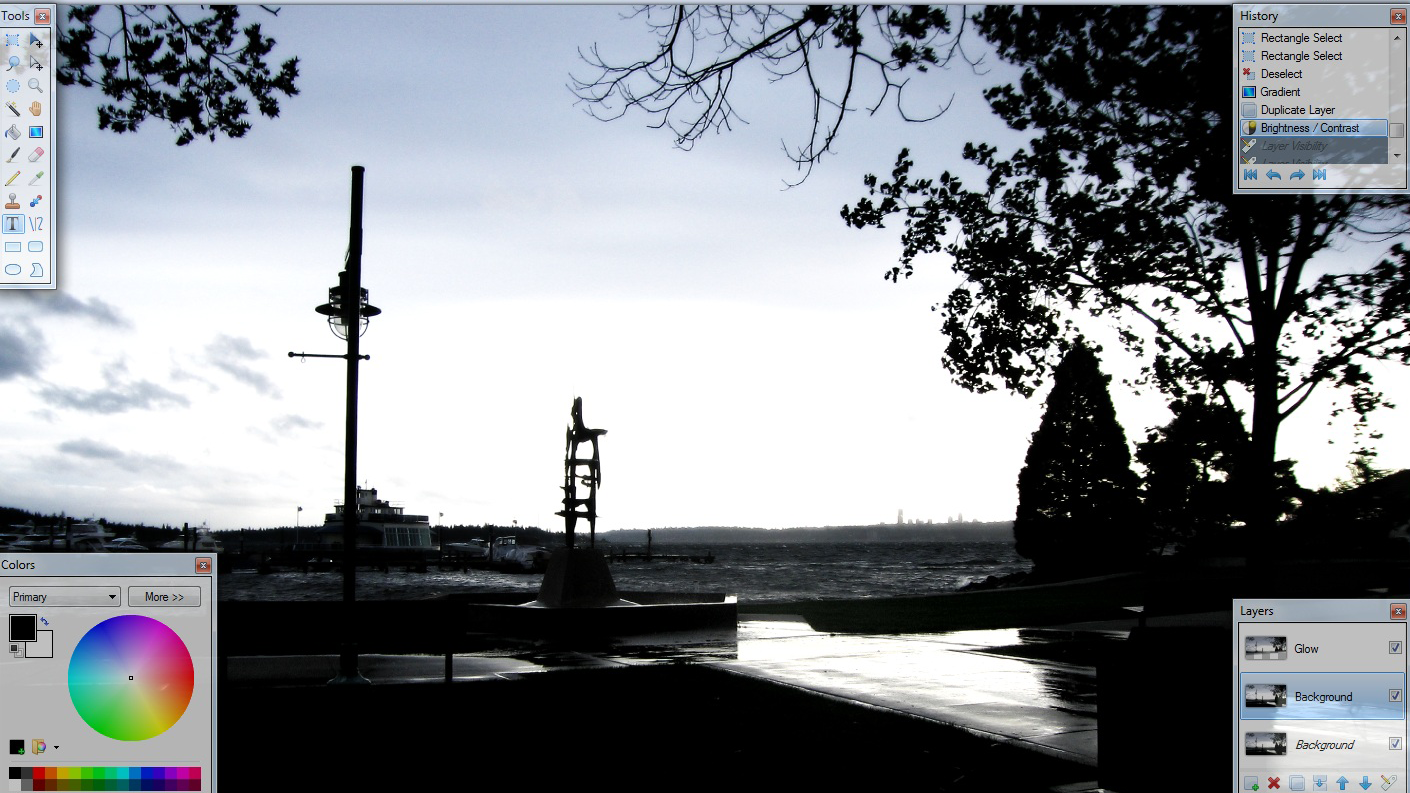 Some people find that  Paint.net offers everything they need for offline use, while others will be more than happy with the considerable online charms of Pixlr.

Also, don’t forget that back in October 2018, when the Windows 10  Creators Update was released, the built-in Paint app was given a massive upgrade, including support for 3D models.

Plus, if you have a phone or tablet, there are some excellent photo editing apps. Most apply edits to the whole photo, but some, such as  Photoshop Mix, even support layers. Others, like  Snapseed, let you apply changes just to certain areas. And they’re both free. 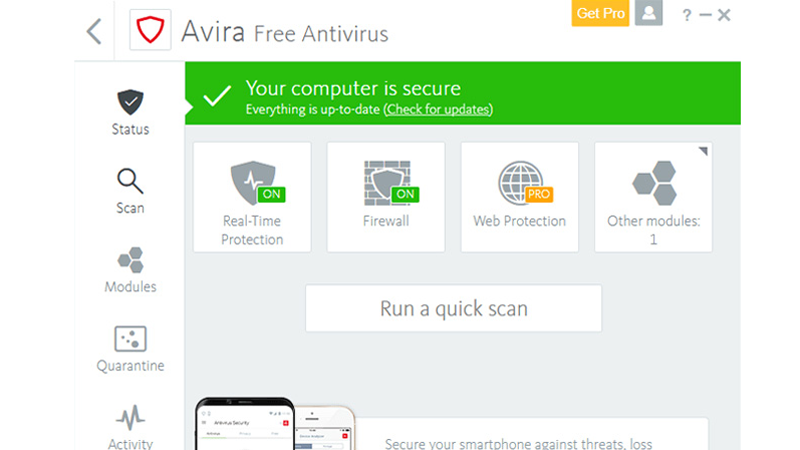 Opinions will always be divided on the best free antivirus software and, as with paid-for AV software, test results will change on an almost daily basis because makers update their databases and algorithms that regularly.

There are quite a few to choose between, including Avira Free Security Suite, Bitdefender Antivirus Free Edition, and Avast Free Antivirus, but don’t forget Microsoft’s Defender which is included with Windows 8 and 10. 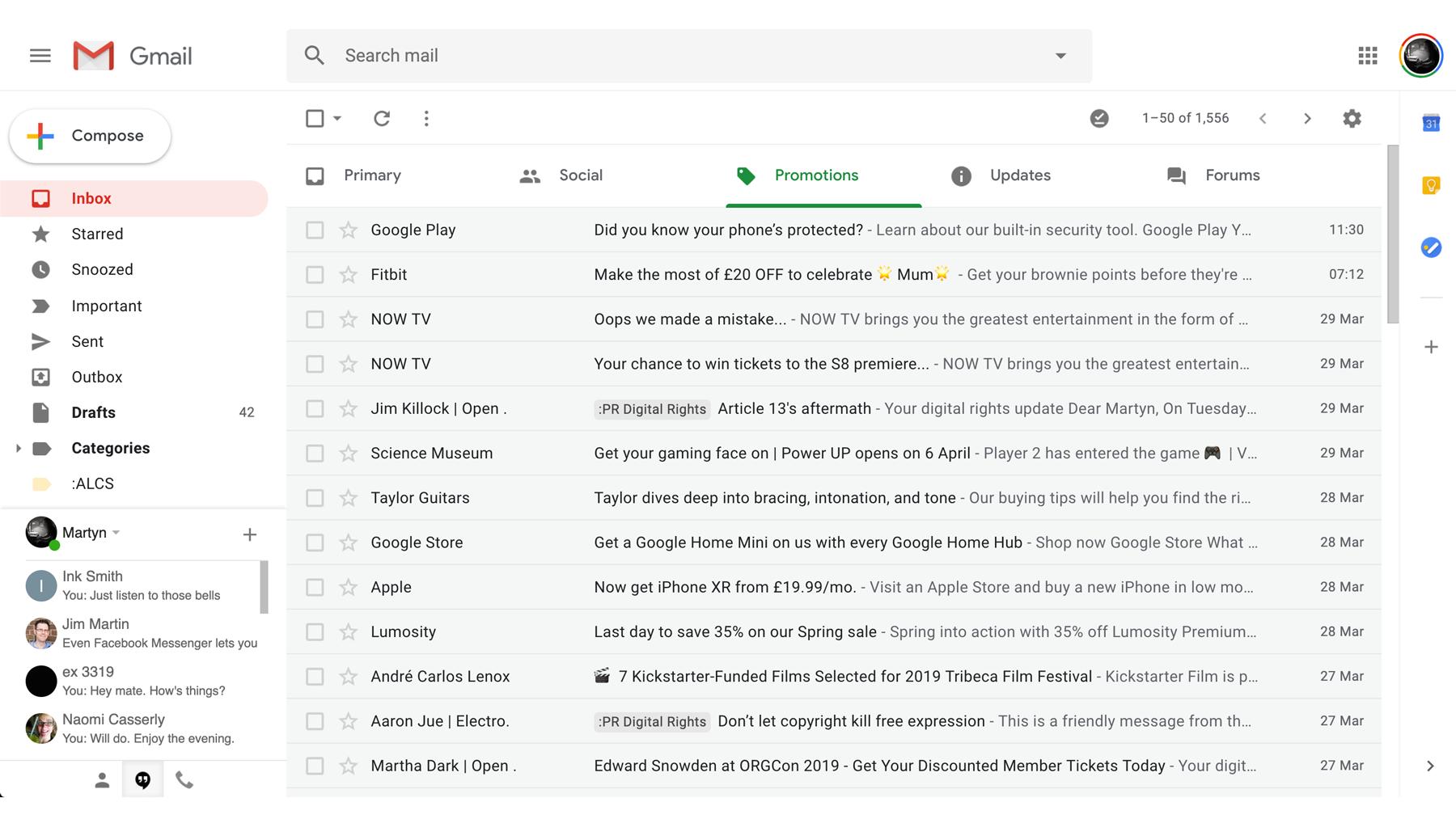 Email is one of those personal things where, as with antivirus, any recommendation is always going to be controversial. Some people swear by Mozilla Thunderbird while others think that  Incredimail is the best thing since, well, email was invented.

Most people don’t use either of those, instead preferring the web app of their chosen service such as Gmail, Outlook or Yahoo, along with the default email client (or the service’s own app) on their phone.

Our preference is Gmail, but if you have an iPhone, Apple’s own iCloud email is advert-free. We’ve compared the  best free email services in detail separately. 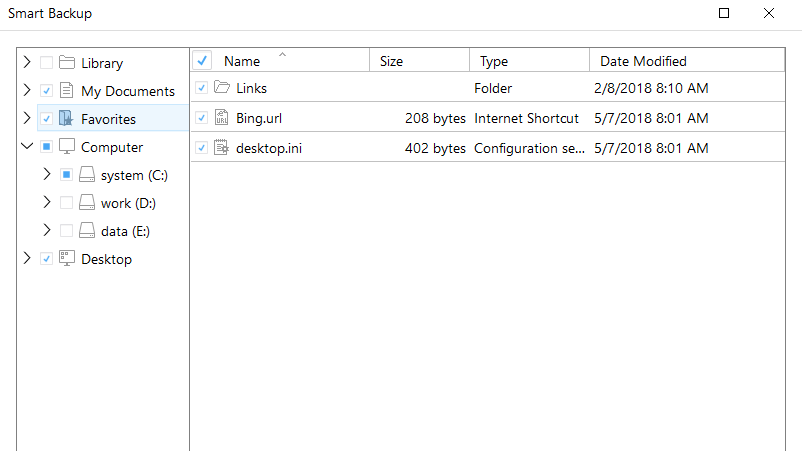 Backing up irreplaceable files is a chore we could all do without, but while cloud storage services let you sync files without lifting a finger, none are capacious enough (even if you’re paying) to back up your entire PC or laptop.

The good news is that there’s free backup software on offer, you just need to provide the storage. One of our favourites is  Easeus ToDo Backup Free and if your needs are less than 5GB then iDrive is another solid option. You’ll find more alternatives in our guide to the  best backup software. 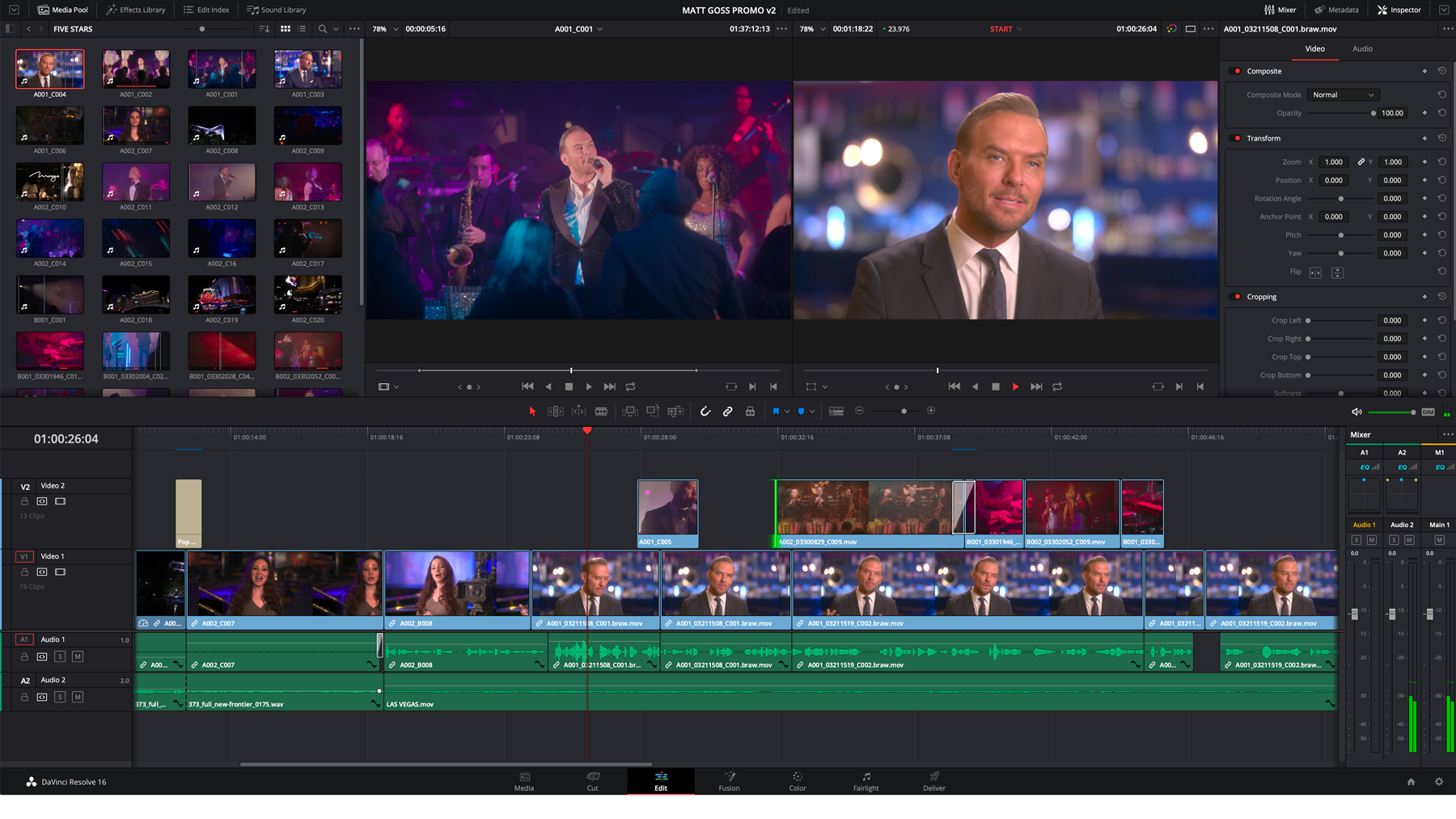 Windows Movie Maker is now defunct, and most people couldn’t get on with its limited tools. Fortunately there’s a number of free alternatives, including  HitFilm Express, Blender, and the excellent  DaVinci Resolve which you can read all about in our roundup of the  best free video editors (and which we use ourselves to edit some of the videos we shoot).

Again, as with photo editors, don’t overlook the video editing apps available on your phone and tablet. For iOS users, iMovie is a convenient way to edit video you’ve taken on an iPhone (or iPad).

Android users don’t have the same built-in software, but GoPro Quik is free (and it’s also  available for Windows). 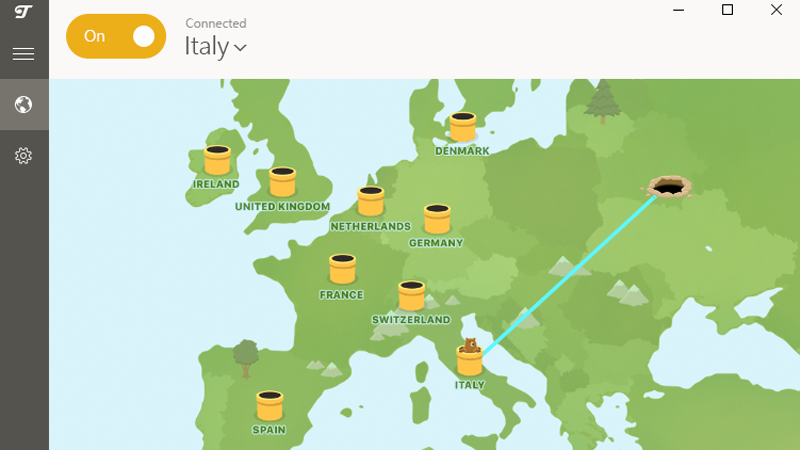 VPN services aren’t just for browsing the web anonymously. They also let you access or unblock content that’s otherwise limited to users located in particular countries. All free VPNs have their drawbacks, one of which could be unwanted advertising. Another is restricted data or download speeds.

But for some people, a free VPN is all they need, so it’s worth checking out the likes of Tunnel Bear and Windscribe. Alternatively you can opt for the Opera browser which includes a free VPN as standard. It’s true though that free VPNs have their limitations, and our advice is to pay for a service if you’re serious about your privacy, especially as many cost less than a pint of beer each month.