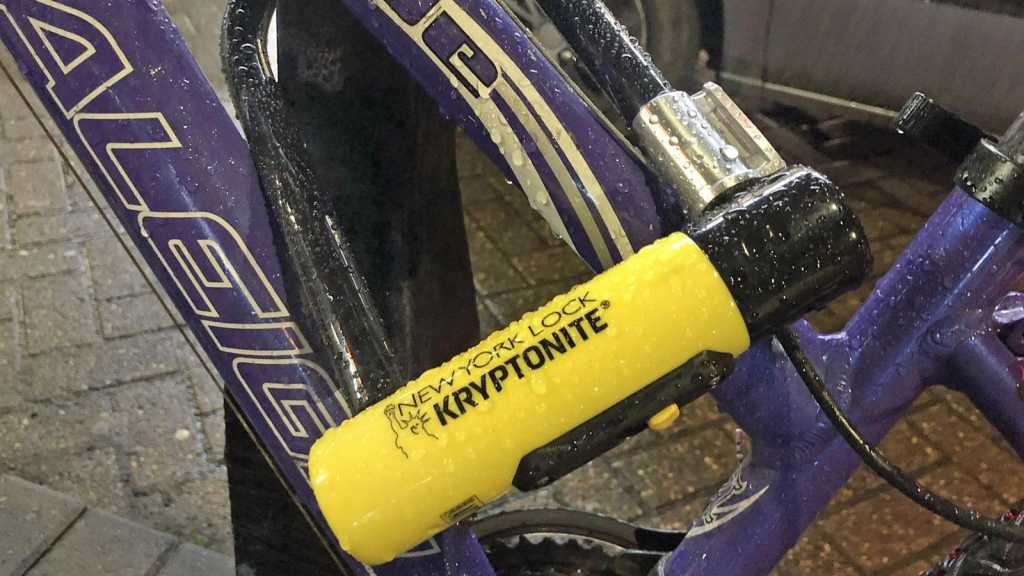 Depending upon which source you look at, between 300,000 and 400,000 bikes are stolen every year now in the UK, and almost 25 percent of all bike thefts happen in London. Worrying stats, we’re sure you’ll agree. If you want to have the best chance of keeping hold of your bike, you’ll need a good lock.

In fact, you’ll probably want more than one. Bike thieves these days carry battery-powered grinders which can cut through chains, padlock and D-locks in hardly any time. So the more security you use, the better. A thief might take a fancy to your bike, but if they can see they’ll have to cut through several locks, they might well give it a miss and go for an easier target.

We’ve rounded up a selection of the best locks you can buy, but it’s also worth registering your bike on the National Bike Database, which is free. It’s also important to insure your bike, and don’t assume that it’s covered by your home contents policy: often you have to specify individual bikes if you want cover away from home, though this can apply only if the bike is worth more than a certain value.

Finally, remember to lock your bike to something that can’t be moved or cut through easily. And don’t make the classic mistake of locking it to a sign post where a thief could simply lift it up and off the top.

How to choose a bike lock

Many locks have a security rating from being tested by  Sold Secure There are three levels: Bronze, Silver and Gold. Although none will guarantee your bike can’t be stolen, they do represent the level of security a lock offers.

As you’ll see on the Sold Secure site, “The Gold rated locking devices offer the highest level of security. The next level down Silver offers a compromise between security and cost, whilst the Bronze level typically offers defence against the opportunist thief.”

Naturally, there will always be that balance between the price of a lock and the protection it offers, so you might be better off with two or more cheaper locks than a single expensive one, but it can also come down to the value of your bike. If it’s more expensive, such as an electric bike, budget to spend more on locks.

If you have to carry your lock while you cycle, there are two main options: those that mount to your bike’s frame and those you can wear, such as the HipLock Spin.

Another feature is an alarm. For example, Oxford’s Alarm-D range has a 120dB siren which should hopefully draw enough attention to what a thief is doing to persuade them to leave your bike alone. 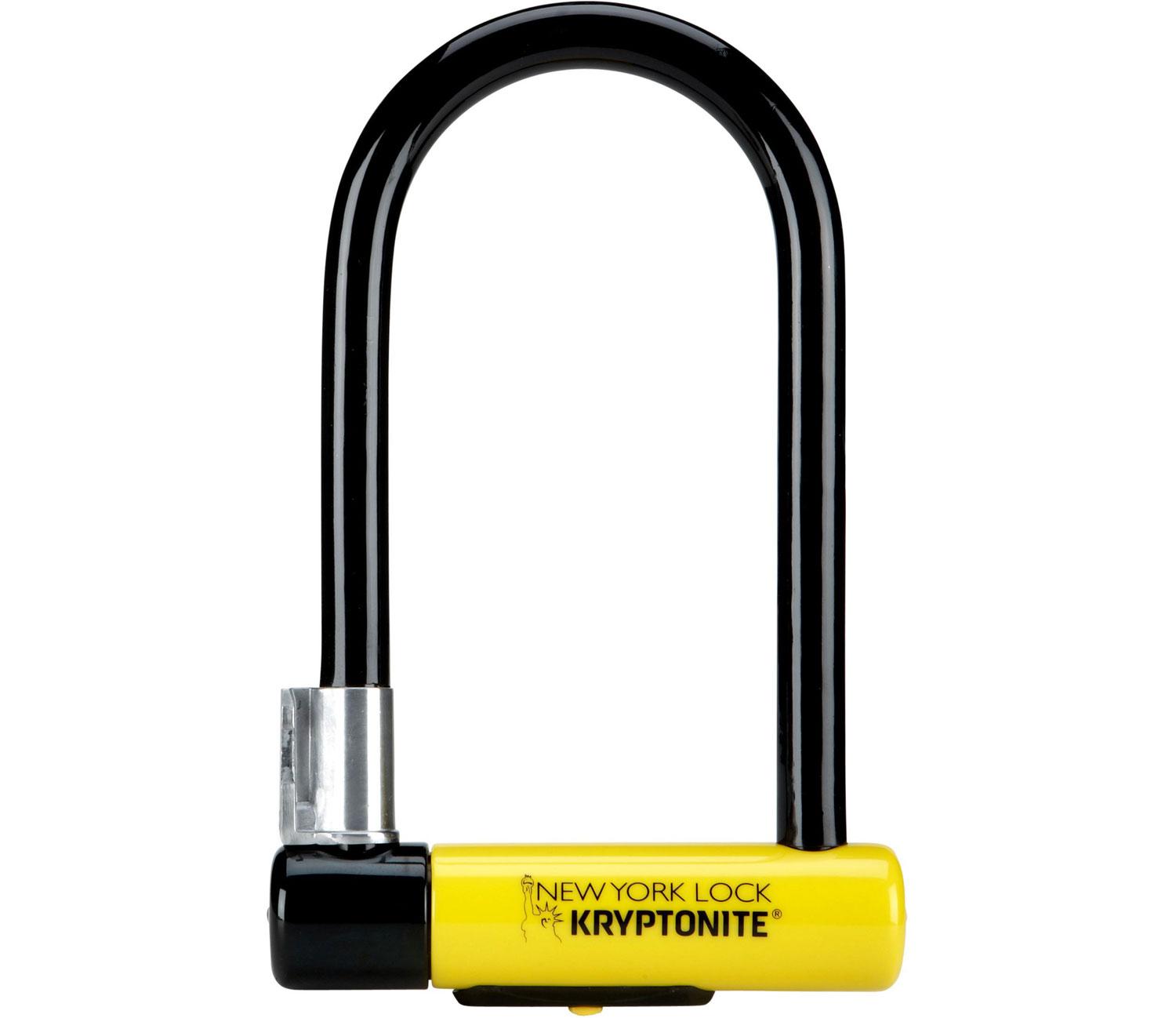 Kryptonite is one of the best known names in bike locks and the New York range is among the toughest around. The Standard has a 16mm hardened steel shackle and a double deadbolt design that helps defend against ‘twist attacks’.

It measures 102 x 203mm, smaller than the biggest D-locks but you don’t want to leave too much room for a thief to insert a pry bar or anything that can prise the lock apart.

With a reassuring Sold Secure Gold rating, the New York Standard commands a higher price than other locks, but should also better protect your ride. 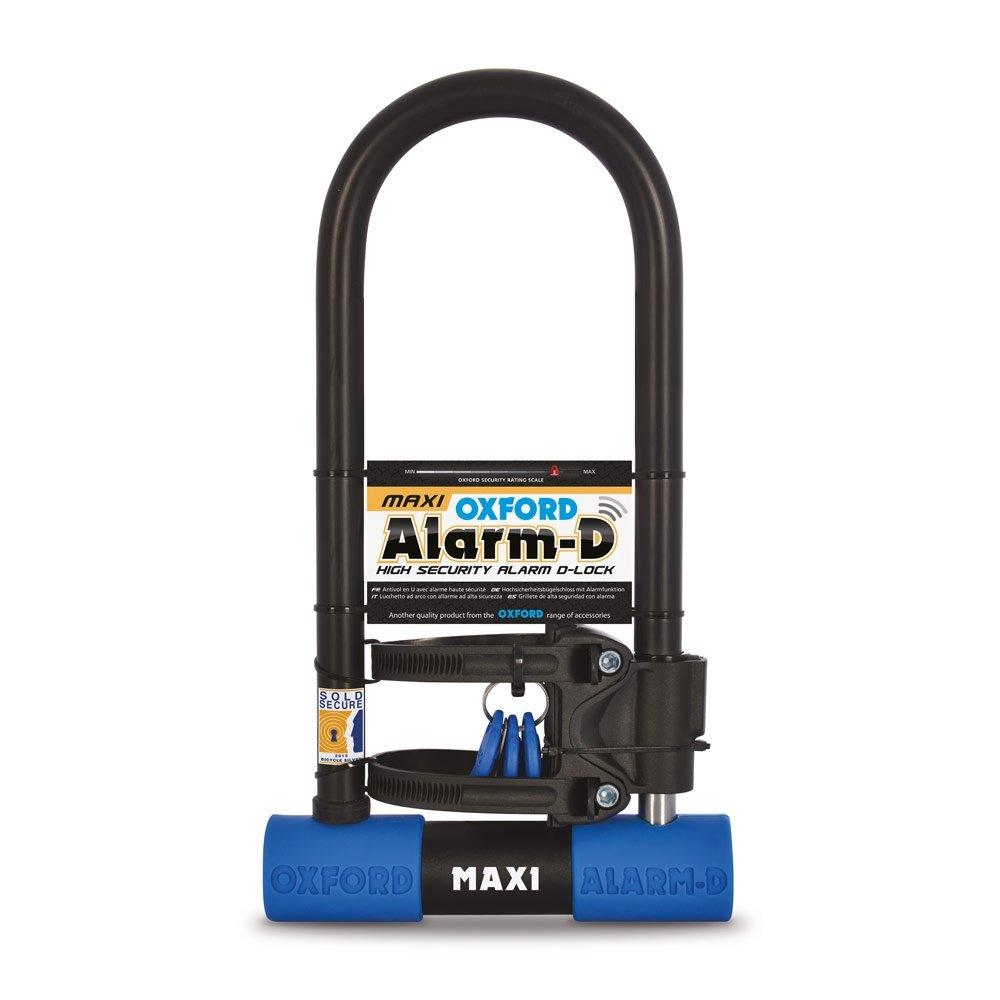 The Alarm-D range includes Maxi, Midi and Mini U-locks, which offer a variety of sizes with the same features. They all use the same 14mm hardened steel shackle, but the Mini is 205x155mm, the Midi 260x173mm and the Maxi 320x173mm. There’s also the Max Duo which is the Maxi plus a cable lock for securing a wheel as well.

They all have a 120dB siren which is armed by turning the key. Two beeps means the alarm is deactivated for transport, and one beep means it’s activated. It’ll go off when it senses movement, but only for a short time. It will sound again if movement is still detected.

A mounting bracket is supplied which easily attaches to frames of any shape or size, and the lock slots through it and locks to it.

With a Sold Secure Silver rating, all of the Alarm-D locks are a good choice at a sensible price. 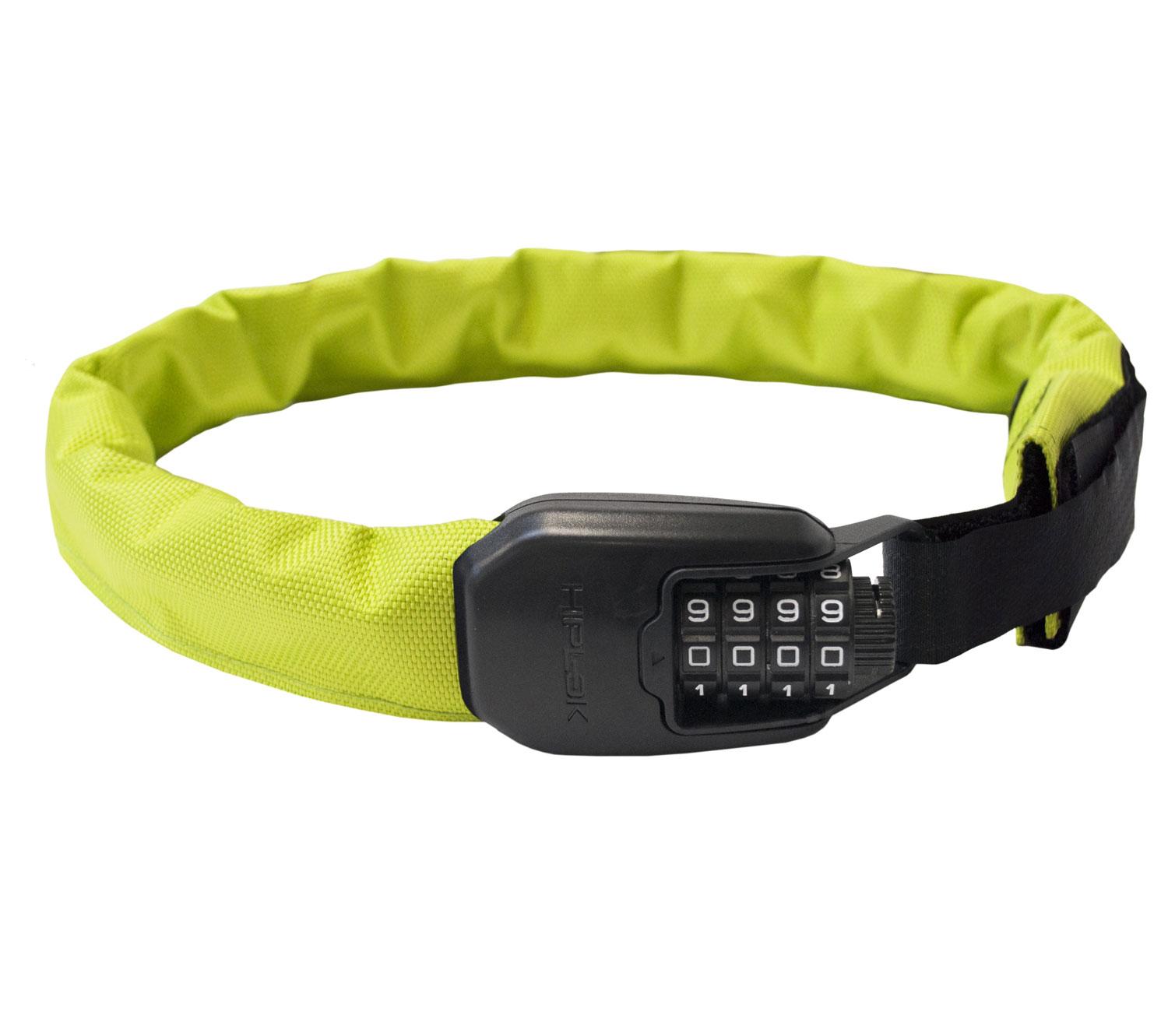 The newest in HipLok’s range requires no keys and weighs less than 800g. It’s worn like a belt around your waist and is easily adjustable to fit different sizes.

It’s 750mm long, which means you have a little more choice about what you can lock your bike to than a regular D-lock. But, with the 6mm hardened steel chain links beneath the fabric cover, it earns only a Sold Secure Bronze rating.

This means it’s best used for deterring opportunist thieves on short stops rather than leaving your bike for hours on end. We do like the four-digit combination lock, though, which means you don’t have to think about carrying keys with you.

It’s available in yellow or black. 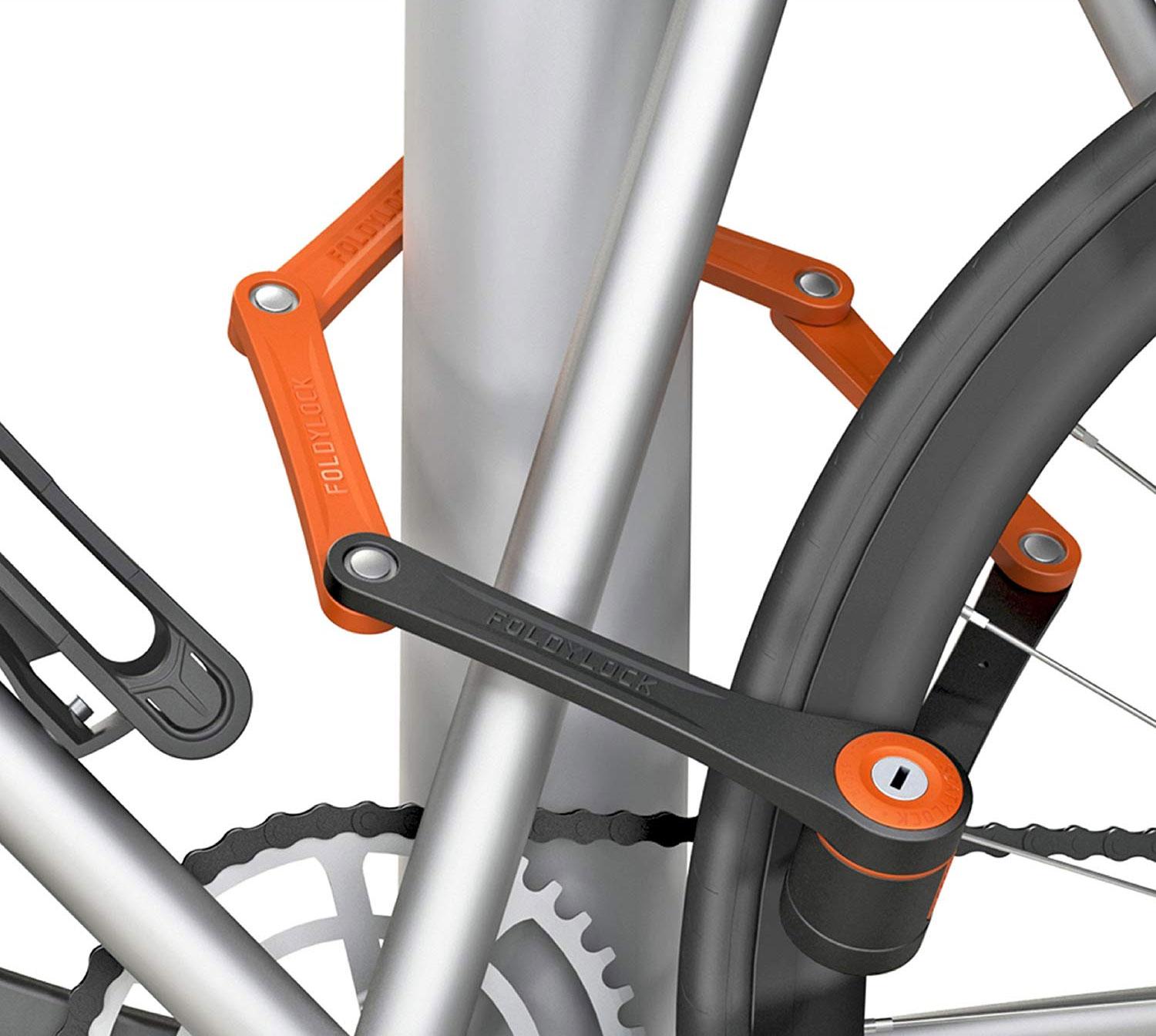 If you don’t want a chain or a D-lock, Foldylock offers an alternative. Its steel bars fold to a very compact size (60x190mm) and it weighs only 1kg. When unfolded, it’s equivalent to an 800mm chain, so is long enough to secure your bike to even thick posts.

It comes in orange, black, blue, grey and yellow colours, so you can go for the subtle or conspicuous look. The clever mounting bracket can attach to your bike in place of a standard drink bottle holder, which is thoughtful design (but comes with hook-and-loop straps if you can’t live without a drink holder).

The makers say the rivets are hardened and resist cutting and drilling, as do the 8mm-thick bars.

Sold Secure gives it a Silver rating, so you’re not trading off security for portability. However, it is one of the most expensive options here at £69 from Amazon /  $84.99 from Amazon US.