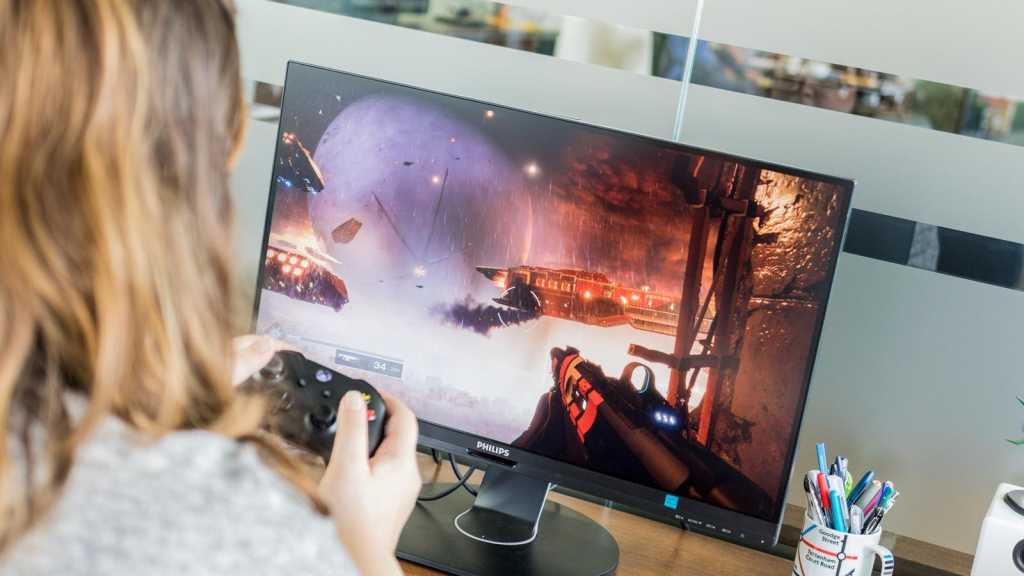 Depending on who you ask, game streaming may be the future of videogames. Streaming services like Nvidia GeForce Now or Xbox Cloud Gaming let gamers play games from wherever they are, on any device, without having to worry about a bulky console or expensive gaming PC.

The challenge is that current gaming services vary in style a lot. Some let you play games you already own, some require you to buy them again. Some will work on any device, some have more restricted access. And of course, some will simply have better performance and speeds than others. Here’s how to pick which is right for you.

With the release of Nvidia’s upgraded RTX 3080 tier of its GeForce Now streaming service, it’s pretty clear that game streaming is only going to keep growing. 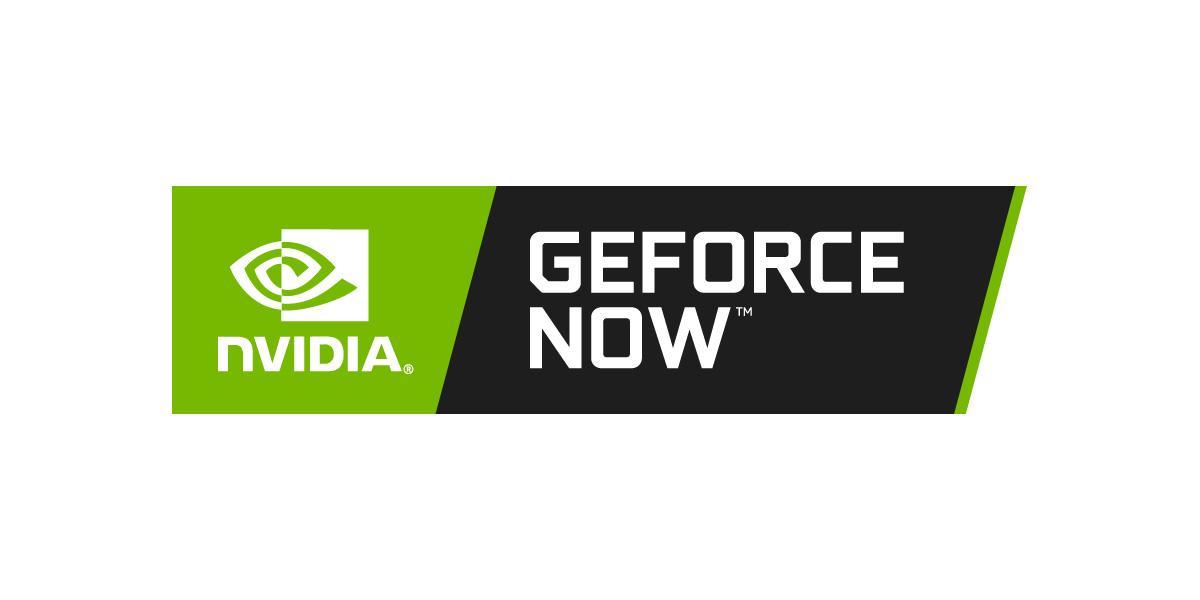 Nvidia’s GeForce Now is, in our opinion, one of the best game streaming services if you already game on a PC.

Unlike PlayStation Now, which offers a library of curated games to play, Nvidia’s game streaming service lets you stream games that you already own across the likes of Steam, Epic Games, Uplay, and other PC-based stores.

A library of games come pre-installed on Nvidia’s servers and are available for instant streaming, not only on PC but Mac, mobile, Chromebook, and Nvidia’s own Shield TV alongside iOS and Android devices. The games are rendered remotely using Nvidia’s own GeForce GPUs and for those with a fast-enough internet connection, and it’ll deliver up to 1080p@60fps on demand.

Those that want a little more bang for their buck can upgrade to the RTX 3080 tier; as the name suggests, the top-end subscription offers performance akin to Nvidia’s RTX 3080 with upgraded 1440p@120fps available on PC and Mac, and an impressive 4K@60fps (with HDR) if you stream via the Nvidia Shield TV. With no noticeable latency issues, the RTX 3080 tier (at its best) provides an experience indistinguishable from next-gen consoles like the PS5.

The one shift undermining GeForce Now as the game streaming platform of choice is that since the service moved out of beta, publishers like Activision-Blizzard and Bethesda have removed the majority of their games from the service, meaning support has been lost for some of the biggest titles currently out there.

So long as you’re a fan of the supported titles that remain though, this might still be the best choice. 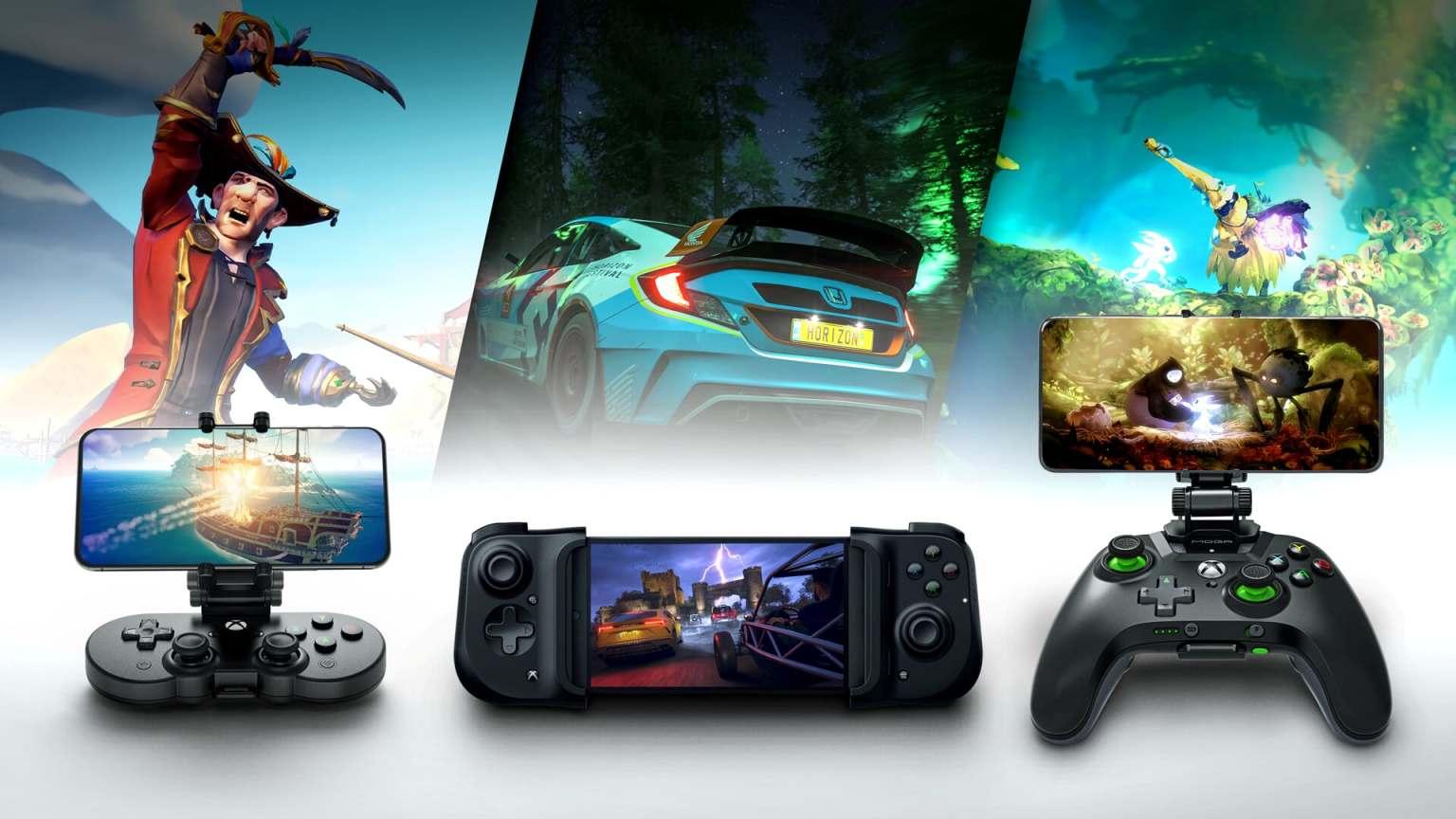 OK, so it’s not the catchiest name ever, but Cloud Gaming with Xbox Game Pass is Microsoft’s take on playing from the cloud.

Tested under the name Project xCloud, the service is part of the Xbox Game Pass Ultimate subscription, which costs £10.99/$14.99 per month. That means you can’t pay for the cloud gaming part on its own, but the other Game Pass perks are worth it, including a huge game library to play on Xbox and PC, special deals and discounts, and extra subscriptions to Xbox Live Gold and EA Play included.

As for the cloud gaming itself, it’s available on Windows and Android via dedicated apps, and it’s also available to stream via web app on iOS devices.

There are over 100 games available from Microsoft and beyond, and you can play some games with touchscreen controls or use just about any Bluetooth controller that will connect to your phone/tablet – even a DualShock 4.

This is especially great for anyone already gaming on an Xbox or PC, as you can pick up from the same save file or play online with the same friends across a variety of platforms. 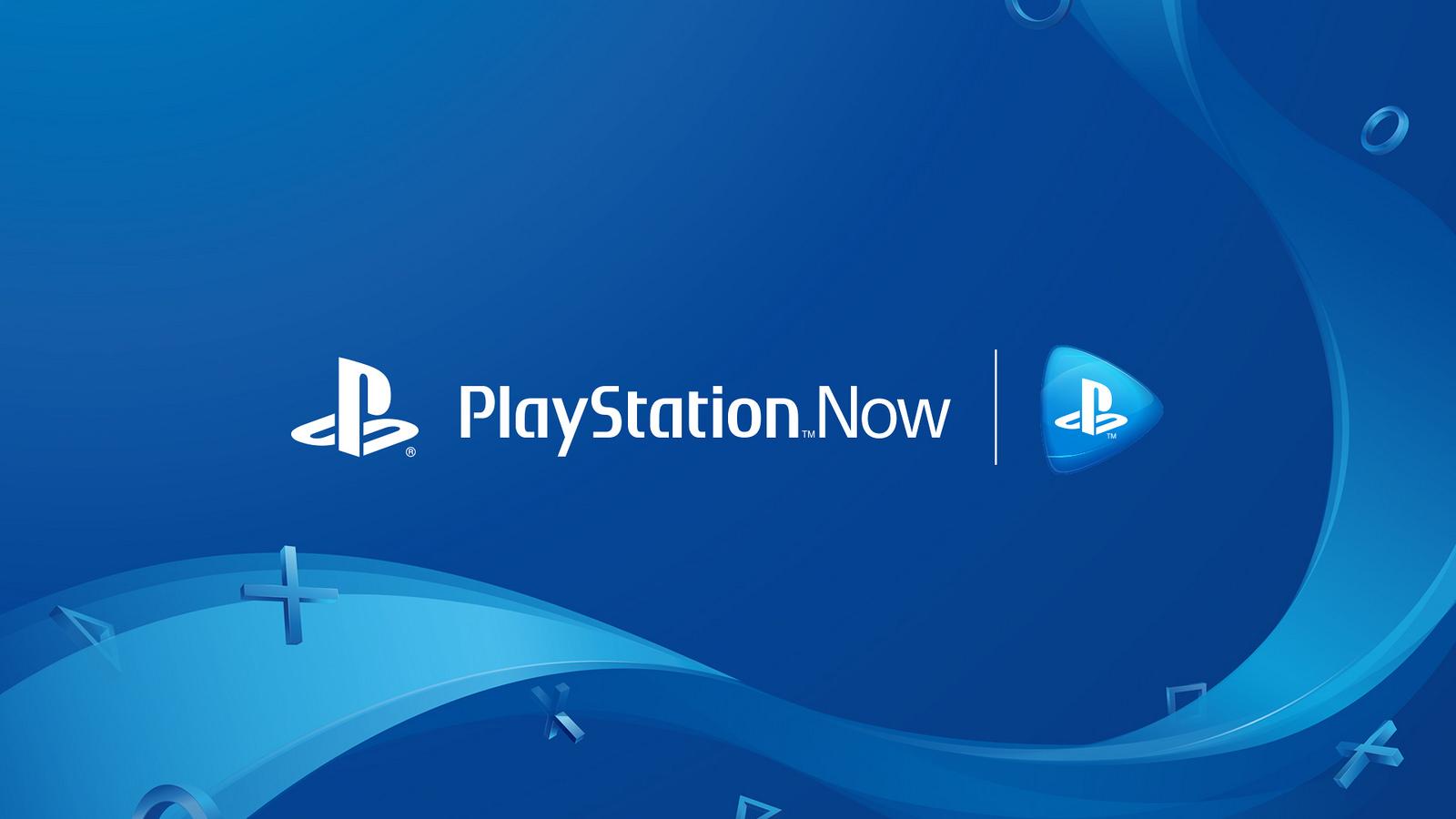 While many game streaming services are relatively new, Sony’s PlayStation Now service launched way back in 2014, and aside from boasting a library of over 600 PlayStation titles to play, it’s the only way to play PlayStation games on a PC. Yes, that’s right, PlayStation Now is available not only on PS4 but PC too, allowing you to stream your favourite PS4, PS3 and PS2 games on practically any Windows-based PC or laptop (with a 5 Mbps internet connection or faster).

The library consists of over 250 PS4 titles, along with over 350 classic PS2 and PS3 titles like Red Dead Redemption, Borderlands and The Last of Us. While streaming is primarily how the service works, you can also download games onto your PS4 to play offline, access higher resolutions (up to 4K on PS4 Pro) and experience 5.1 surround sound.

Is PS Now worth it? We think so. 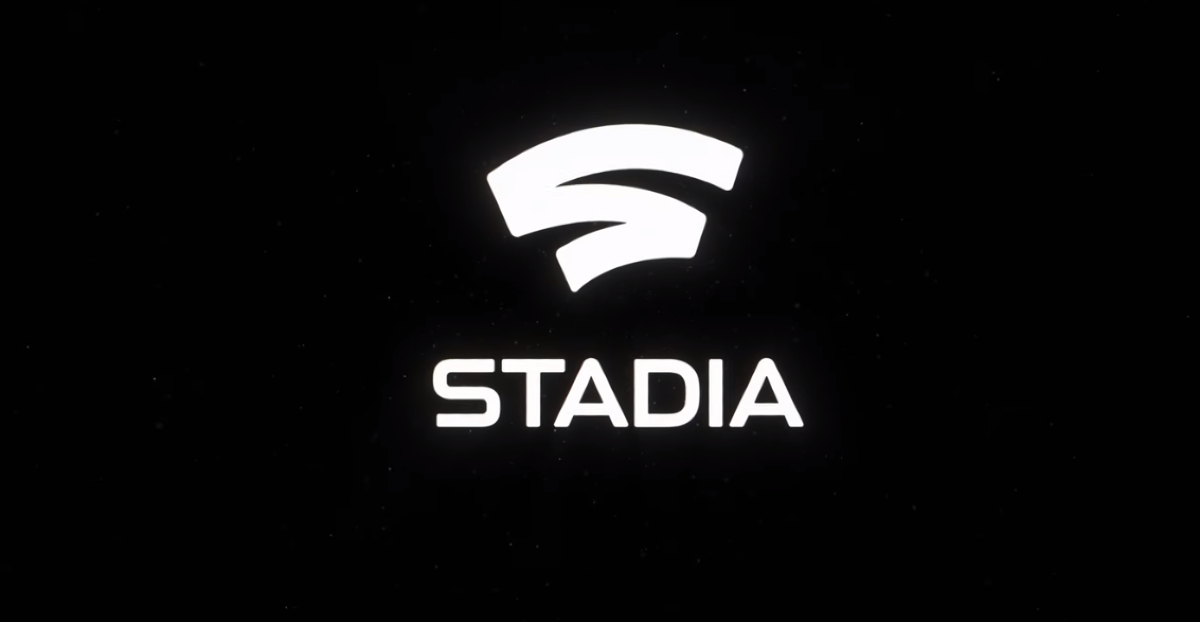 Google Stadia is the company’s first real foray into gaming and it’s an ambitious concept right out the gate. It’s best suited to those that haven’t settled on a gaming platform just yet, as the service requires you to re-buy games on the platform (albeit with a selection of free games with the Pro subscription).

Google’s using its might and resources to offer gamers a high-powered cloud-accessible console capable of delivering up to 4K visuals at 60fps, complete with 5.1 surround sound.

If you’ve already read anything about Stadia you know that at its November 2019 launch, a fair few promised features were missing and in some cases, still are. Things are improving, however, with a growing games library, and 4K support is now available across the Chromecast Ultra and compatible PCs.

Google has also extended smartphone support via its app for Android, while iOS players are limited to the Safari-based web app. 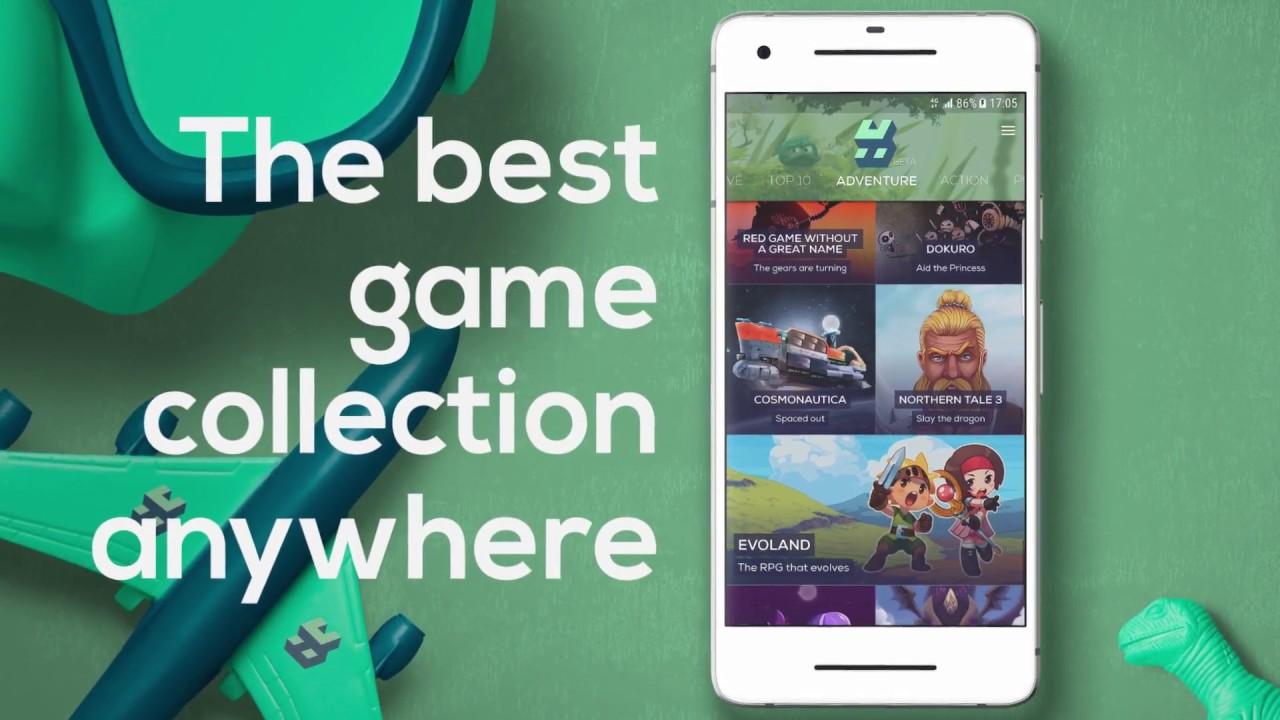 As well as playing games whenever you fancy, you can also join casual eSports tournaments and go up against friends and other mobile gamers around the world to compete for real prizes.

The streaming service works surprisingly well too, with little-to-no difference in terms of graphics or gameplay, and brings the high-end mobile gaming experience to those without a high-end smartphone.

The only limitation right now is that the game streaming service has been built with 5G in mind, so you’ll need a decent internet connection to stream the library of games on offer.

We’ve tried it on 4G with middling results, so unless you’re an early adopter of 5G, chances are you’ll only be using it when connected to Wi-Fi – until 5G is more readily available, anyway.

Interested? Take a look at it on Google Play right now.

Before we get into our selection of the best game streaming services available right now, let’s first discuss what you should consider before subscribing.

As it stands, there are two types of streaming service available right now: one type provides a range of games for you to stream from a dedicated library, like PlayStation Now or Xbox Cloud Gaming; the other provides the tech to stream games that you already own, like GeForce Now.

You need to consider what you want out of your streaming service. If you’ve already got a large collection of PC games, but your computer just isn’t up to scratch anymore, a service that provides a way to play existing games like GeForce Now would be ideal.

But if you’re new to the world of gaming, a service that provides a large library of on-demand games (like PS Now or Xbox Cloud Gaming) would likely be better.

With any kind of streaming service, internet connectivity is key, but it’s more crucial than ever where game streaming is concerned. This is due to how game streaming works; the games are rendered remotely at data centres and streamed to your PC (or another device of choice), with your inputs then sent back to the same data centres in real-time.

If you’ve got a sub-par internet connection, chances are you’ll experience severe input lag that makes gaming virtually impossible. The minimum requirements vary by streaming services, so do your research and run a speed test on your home network to see which is best for your needs.

For those with slow internet speeds, why not consider a game subscription service instead? It may take longer to access the games initially, but it’s certainly better than dealing with streaming issues.

While this may seem fairly obvious, it’s always worth mentioning: make sure your platform of choice is supported by the streaming service you subscribe to. Most offer PC support as standard, but depending on the service, you might also be able to stream your favourite games on Macs, tablets, smartphones, Chromebooks, and even TVs.

It’s also worth noting that if you’re a PS4 or PS5 player, you’re limited to PlayStation Now, the only game streaming service available on Sony’s console. If you’re looking for an Xbox-compatible streaming service, you’re out of luck: Microsoft’s Xbox equivalent will let you play your Xbox games on your phone and PC, but won’t let you actually stream games to the console itself.