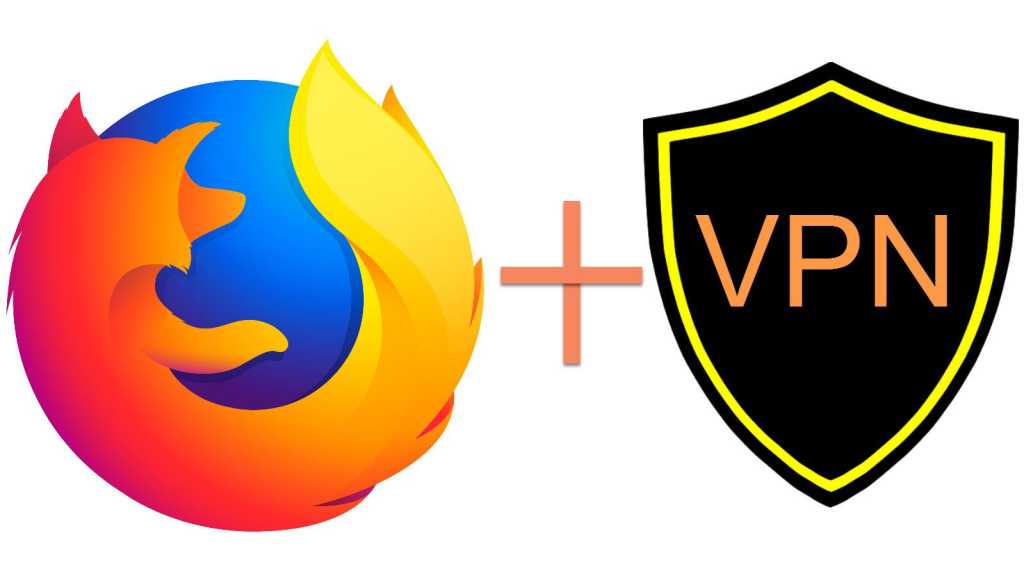 A VPN protects you online in several ways. First it makes you anonymous so no-one can identify you by your computer’s IP address, nor can your ISP (or anyone else) see which websites you are visiting. Second, it secures your connection even if you’re using free public Wi-Fi.

A third benefit is that a VPN can unblock websites you’d otherwise not be able to access, which also means you can watch videos that are restricted to certain regions or countries.

Most VPN services have an app for Windows. This approach is fine, but it means any app or game you use, plus background services such as Windows updates, will run via the VPN connection. Here’s a more detailed explanation of how a VPN works.

Sometimes that’s not what you want or need, and it’s why VPN extensions for web browsers exist. When you use a VPN extension in Firefox, only the sites you visit in Firefox are routed via the VPN and every other other app that’s running on your PC or laptop will connect to the internet as normal without the encryption or privacy benefits of a VPN.

Here we recommend six of the best VPN services which have a Firefox extension. Typically you’ll need to sign up for an account with that service separately and pay a monthly subscription, and this is really the only way you’ll get unlimited bandwidth and access to streaming services such as Netflix.

There are some free VPNs for Firefox, and free versions of paid-for services, but you’ll quickly find their limitations, such as offering servers in just a few countries.

If you do decide to use a free service, then at least take time to read the Ts & Cs to make sure that your personal information isn’t being collected and sold in order to provide the service for free. None of the services listed here do that, though.

And if you want alternatives to these, read our roundup of the best VPN services.

One of our favourite services is ExpressVPN. It’s extremely easy to use, supports all your devices and there’s great support available, including brilliant step-by-step guides on how to set up ExpressVPN on some of the more unusual devices such as NAS drives and on the Apple TV and other boxes which don’t natively support VPNs.

That’s all an aside, of course, if you just want a VPN extension for Firefox. But it’s worth bearing in mind once you decide to pay for a VPN service – and you will once you’ve tried the free options which all turn out to be far too limited for most people.

You must have an account to use this extension; there is no free version. Instead, you add it to Firefox and log into your ExpressVPN account before you can connect to one of the 3000+ servers in 94 countries.

As you’d expect from a top-tier VPN service, connection speeds are excellent and you get top-notch protection including a kill switch and WebRTC and HTML5 blocking, two methods which websites can use to discover your real IP address and location when connected via a VPN.

ExpressVPN costs a bit more than some VPN services, but you tend to get what you pay for with VPN services, and the prices are largely justified thanks to the use of what ExpressVPN calls Trusted Server technology. This is a way of avoiding hacks by running its service in each server’s RAM and making the hard drives read-only, so no-one can install any malicious software.

Read our full ExpressVPN review and see the current offers.

NordVPN offers great value thanks to a wide choice of servers in many countries, top notch speeds and compatibility with just about every type of device.

Its Firefox extension has a slick interface which is easy to use. It also offers https – a secure connection – to all websites even if they don’t offer it.

It includes CyberSec which warns you of potentially dangerous websites and also blocks auto-play videos and annoying pop-ups.

There’s no way to use this extension for free, so you will need to sign up for a NordVPN account before you can use it. Currently, the best-value option is to sign up for two years as it works out at £2.82 / $3.49 per month. You can see the plans here.

Read our full NordVPN review to find out more.

Surfshark is our current recommendation if you want a great VPN at a rock-bottom price.

Currently you can get Surfshark for the ridiculous price of £1.59 / $1.99 per month: just a few pennies per day.

It’s a good service, too, offering good speeds, a wide choice of locations and a strict no-logs policy. It also runs its own DNS service, adding extra protection to ensure your real location and identity stay safe.

Especially relevant here is its CleanWeb feature which allows you to surf the web in Firefox free of adverts, trackers, malware or phishing attempts.

You can find out more about Surfshark’s subscriptions. 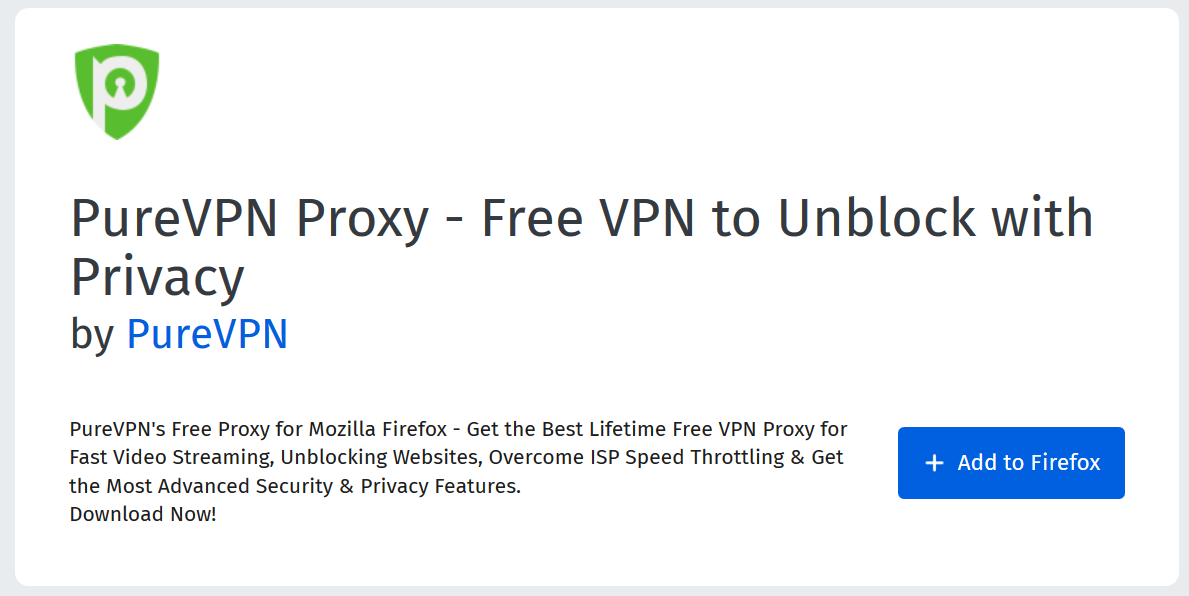 PureVPN is an established and well-known VPN service. It shouts about how you can use its Firefox extension for free with unlimited bandwidth but, as ever, there’s a catch: it offers servers only in Denmark, Romania and Sweden.

You also have to sign up for a free 7-day trial to sign in, but you’ll only need to supply an email address: no credit card is required.

If you’re just after online privacy, this is a great option for free.

But if you need to unblock Netflix US, for example, you’ll have to upgrade to a paid ‘Premium’ subscription.

Find out about the latest PureVPN deals.

Looking for a free and simple Firefox VPN extension? TunnelBear is a good option which will a) actually work and b) not sell your personal data to third parties to fund the service.

As with all free VPNs, TunnelBear has limitations. The main one is the 500MB cap on data. And that’s per month, not per day. So it’s really only good for occasional web browsing and not streaming video. You can get an extra 1GB per month by asking on Twitter and tagging @thetunnelbear.

TunnelBear offers a paid-for service which removes the bandwidth limits, but it has fewer servers than some of its rivals. Fortunately it has servers in the US and UK, so this shouldn’t be an issue for most people.

As well as offering a VPN, this extension doubles as an ad-blocker and will also attempt to block malware and third-party cookies.

You don’t have to sign up for an account to use this extension in its free mode, but you’ll be able to choose only servers in Canada, Russia, Netherlands and Germany. The auto server option doesn’t tell you which country you’re connected to, and you’ll be nagged to sign up to the premium version and a free trial.

The extension has a useful dashboard which displays your connection speed, bandwidth used and threats blocked as well as the time you’ve been connected.

You can whitelist sites on which ads won’t be blocked, as even using a VPN won’t unblock some content when you’re also running an ad-blocker.

While Hotspot Shield won’t sell your data to third parties, the free version is ad-supported and there’s a 500MB bandwidth limit per day.