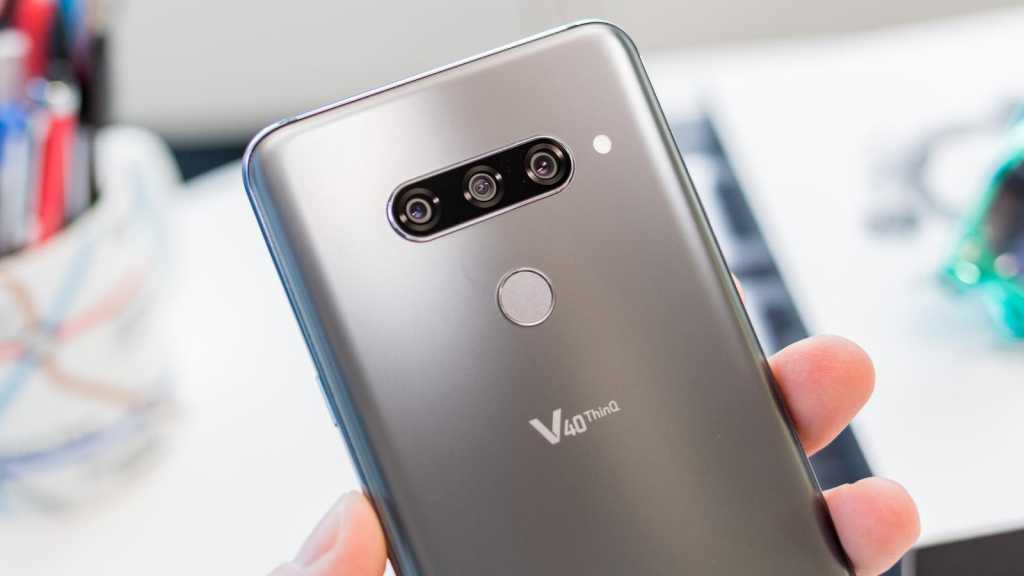 It’s no secret that LG’s mobile business had been floundering for some time but come April 2021 the company officially published a statement confirming what many had suspected was on the cards for a while – the closure of the company’s mobile division.

After the failed modular G5, the G6 was a sparkling return to form and was one of the first phones on the market with a tall 18:9 aspect ratio display – a trend now in full force in the industry. Its last major releases include the V60 and Velvet, both of which offer an optional dual-screen attachment as a budget-friendly alternative to the expensive foldables offered by Samsung and others.

It’s important to note that while LG won’t be releasing any more phones any time soon, the company has confirmed that its existing lineup of “premium handsets” will still receive “up to three iterations of Android operating system updates from the year of purchase.” That’s better than a heap of manufacturers that are still actively releasing phones and means some of the handsets listed here couple be worthwhile choices. 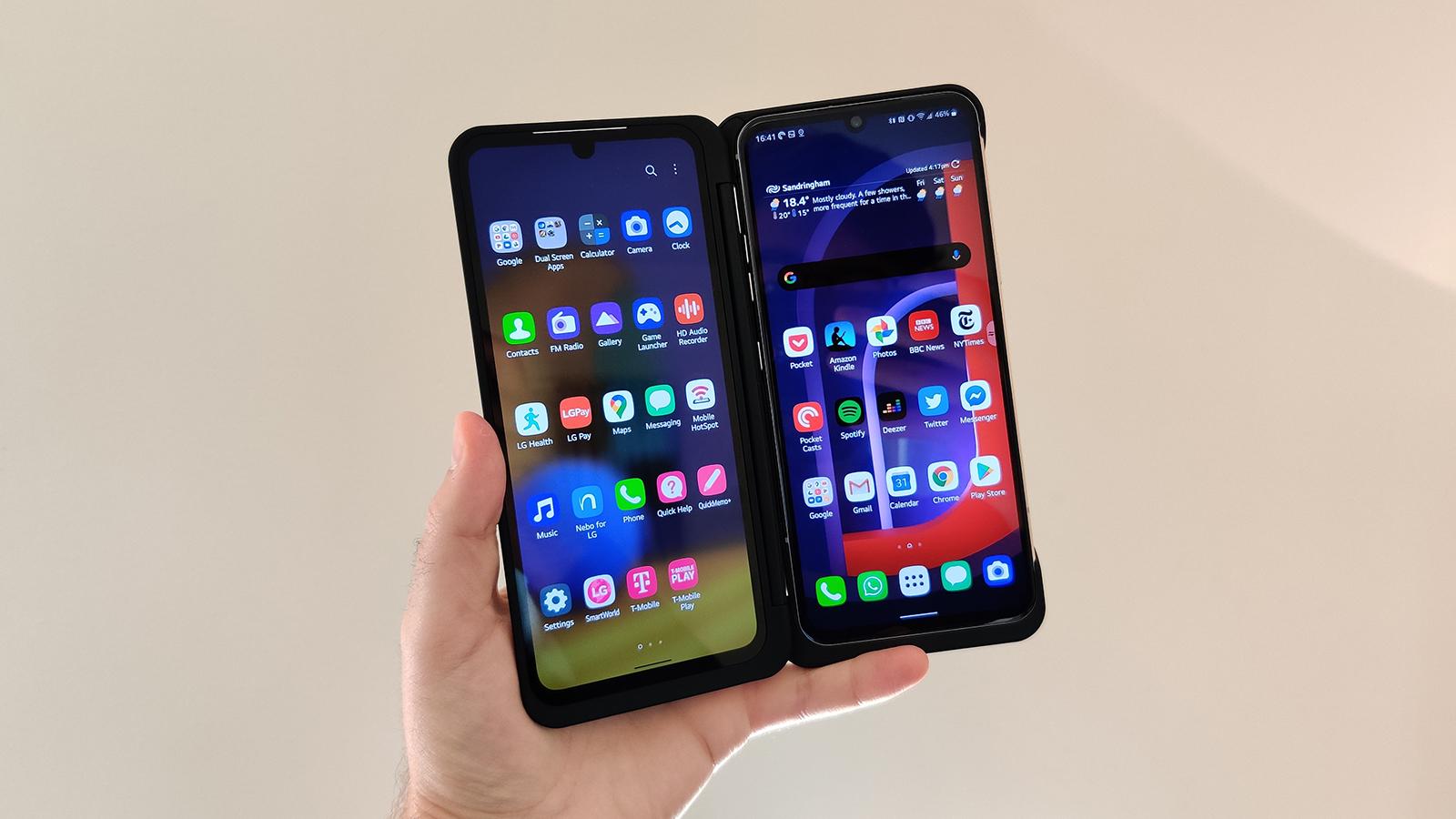 LG has made some surprising decisions compared to the competition but a little thought does reveal that such choices collectively make a lot of sense. There’s no high refresh rate display, for example, instead, the V60 actually sports a lower resolution (Full HD) panel compared to its predecessor, but as a result, it offers great longevity – even when using that second screen. There’s also something to be said for the phone’s raw speed, courtesy of a Snapdragon 865 chip and 5G connectivity.

The only other challenge is its availability, with just three major US carriers (AT&T, T-Mobile and Verizon) being the only places you can pick the V60 up (at the time of writing). 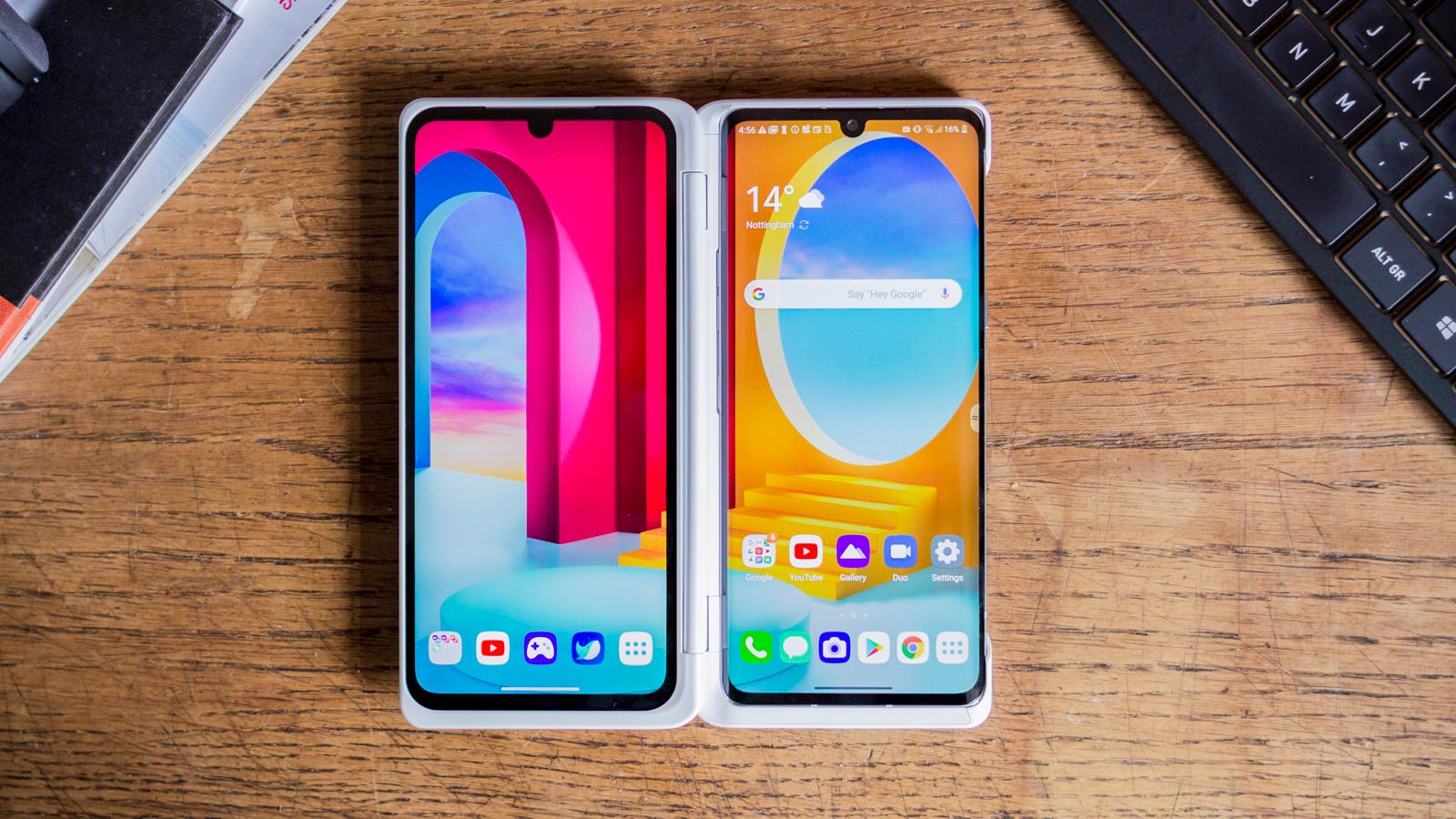 One of the few notable entries from LG in 2020, the Velvet highlights a design-led experience but retains signature features like DualScreen accessory support.

It’s priced competitively enough and led by an excellent (albeit not technically top-tier) Snapdragon 765G chipset, along with 5G, an in-display fingerprint sensor and a rich P-OLED display.

Beyond that, there’s nothing that really helps the Velvet stand out but if you’re a fan of the brand or are simply looking for a more affordable foldable experience, this is one of their most current devices worth considering. 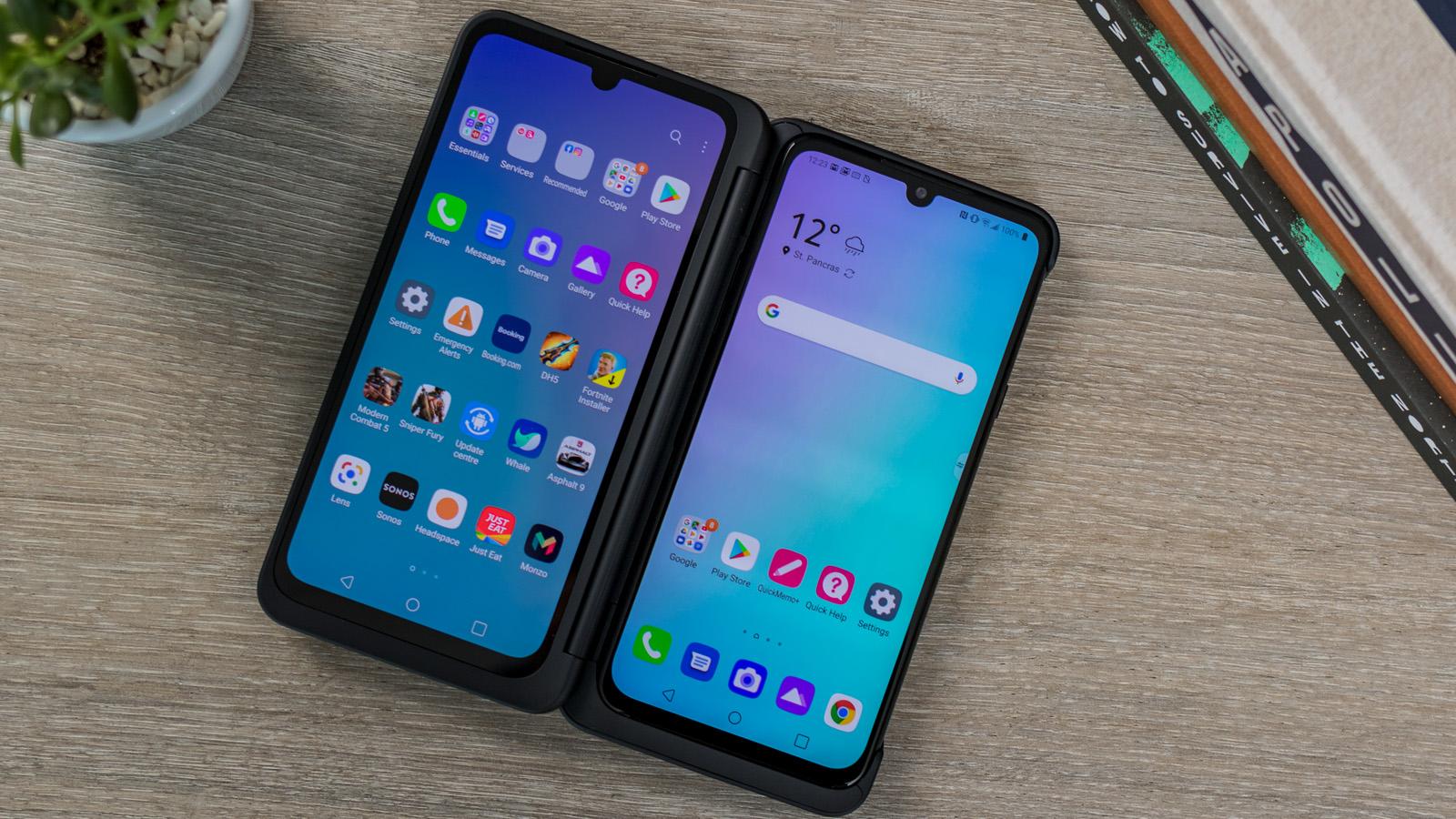 If you’re not sold on the Dual Screen attachment, then the G8X is a fairly dull 2019 flagship – decent specs and drab design combine for a handset that shouldn’t disappoint but won’t do much to excite, either.

For those intrigued by the possibilities of a second screen, the bigger panel, better hinge and front-facing notification display fix almost every pain point from the original design that accompanied the  V50, meaning there’s less to get in the way of getting on with two things at once. It’s great for multitasking and productivity, helped by brilliant battery life.

The camera is undeniably a disappointment – especially the blurry – borderline broken – ultrawide lens, but fast performance, great audio options and two beautiful screens pick up the slack. Throw in wireless charging and waterproofing and the price point (that continues to drop) begins to look like a steal. 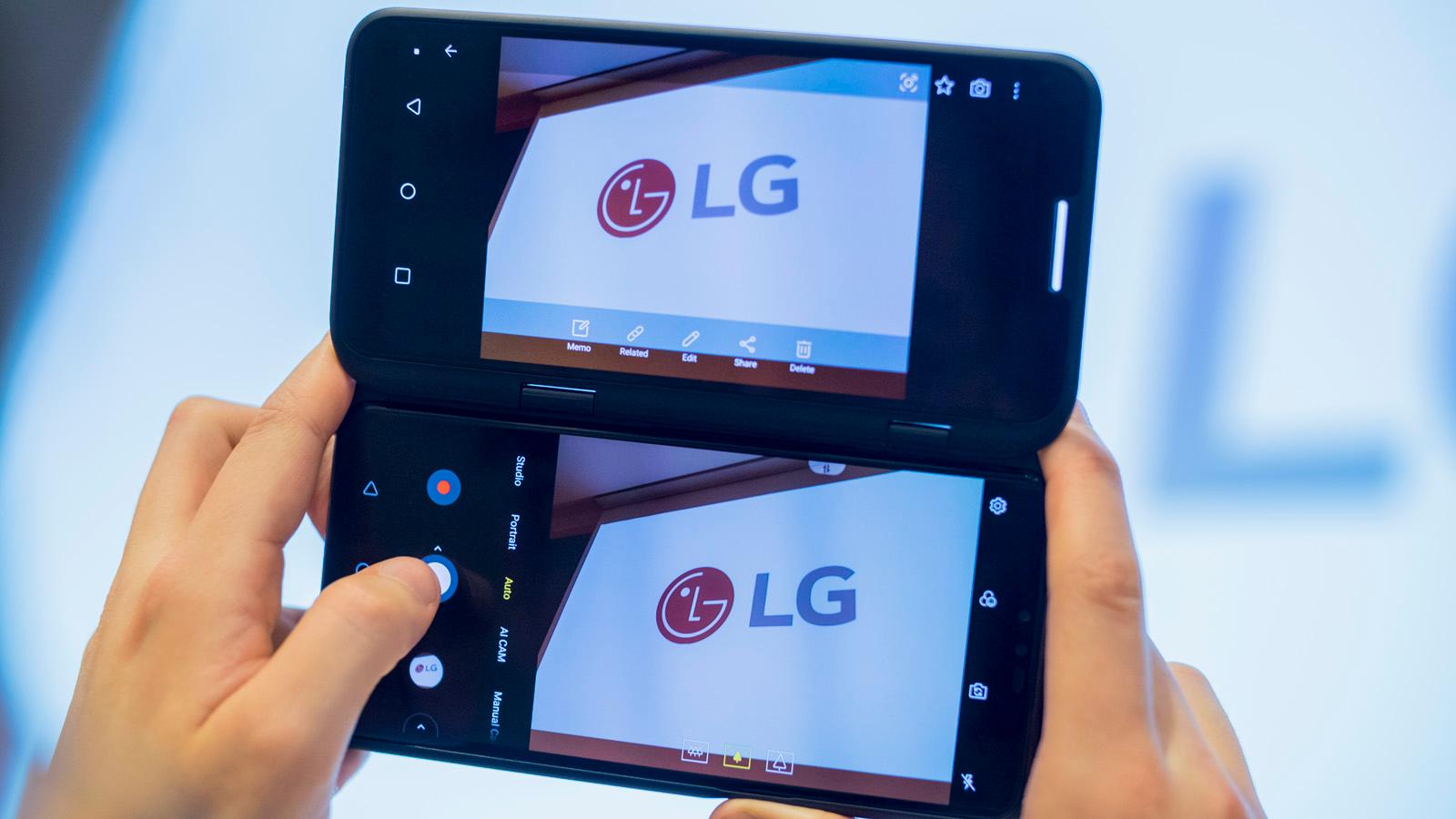 Taken on its own, the V50 ThinQ is basically just a 5G V40 with a processor upgrade. That means both good and bad: faster internet speeds and processor, balanced out by a thicker body and slightly reduced battery life, with the exact same triple-lens camera setup.

We loved the V40, but almost a year on the V50 didn’t feel as competitive, even when it launched – the rest of the market had moved on faster than the V50, meaning its internal specs, slightly dated design and other small features, which made the steep price tricky to justify.

Then there’s the DualScreen attachment. This is, to be blunt, a gimmick for most people, and a fairly silly one at that – which might explain why it isn’t even available in the US. But it’s also a surprisingly novel way to bring the foldable experience to a much lower price point, and if you’re a devoted multitasker then it actually works better than you might expect, if you can forgive a few niggling design flaws. 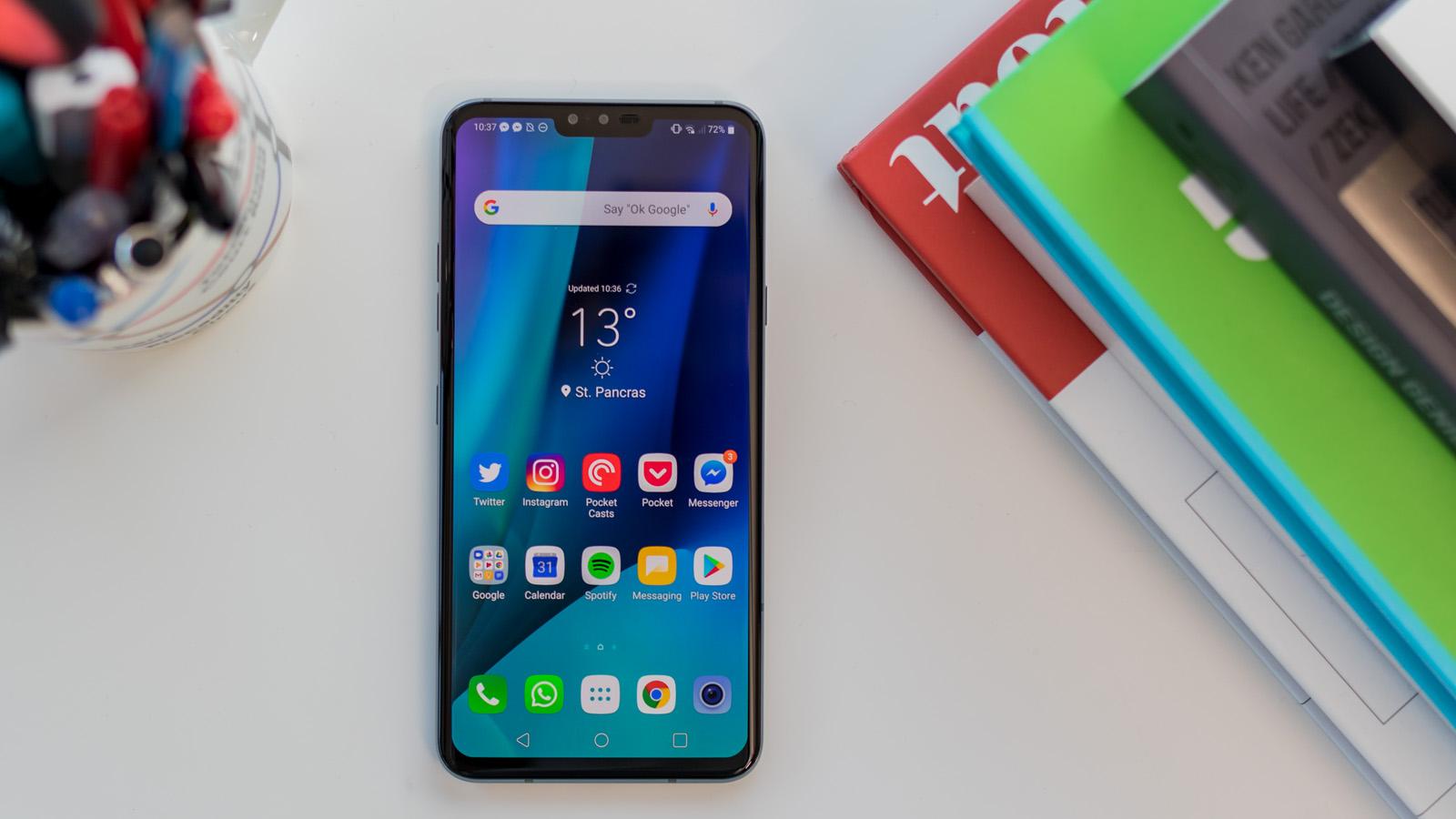 At one point, this was the best LG phone you could buy. Its sleek design, versatile cameras, outstanding DAC and full waterproofing made it a great choice.

The display is a highlight, plus it has wireless charging. Performance is still slick and LG’s Android skin is more conservative than in previous incarnations, even if it’s not our favourite. 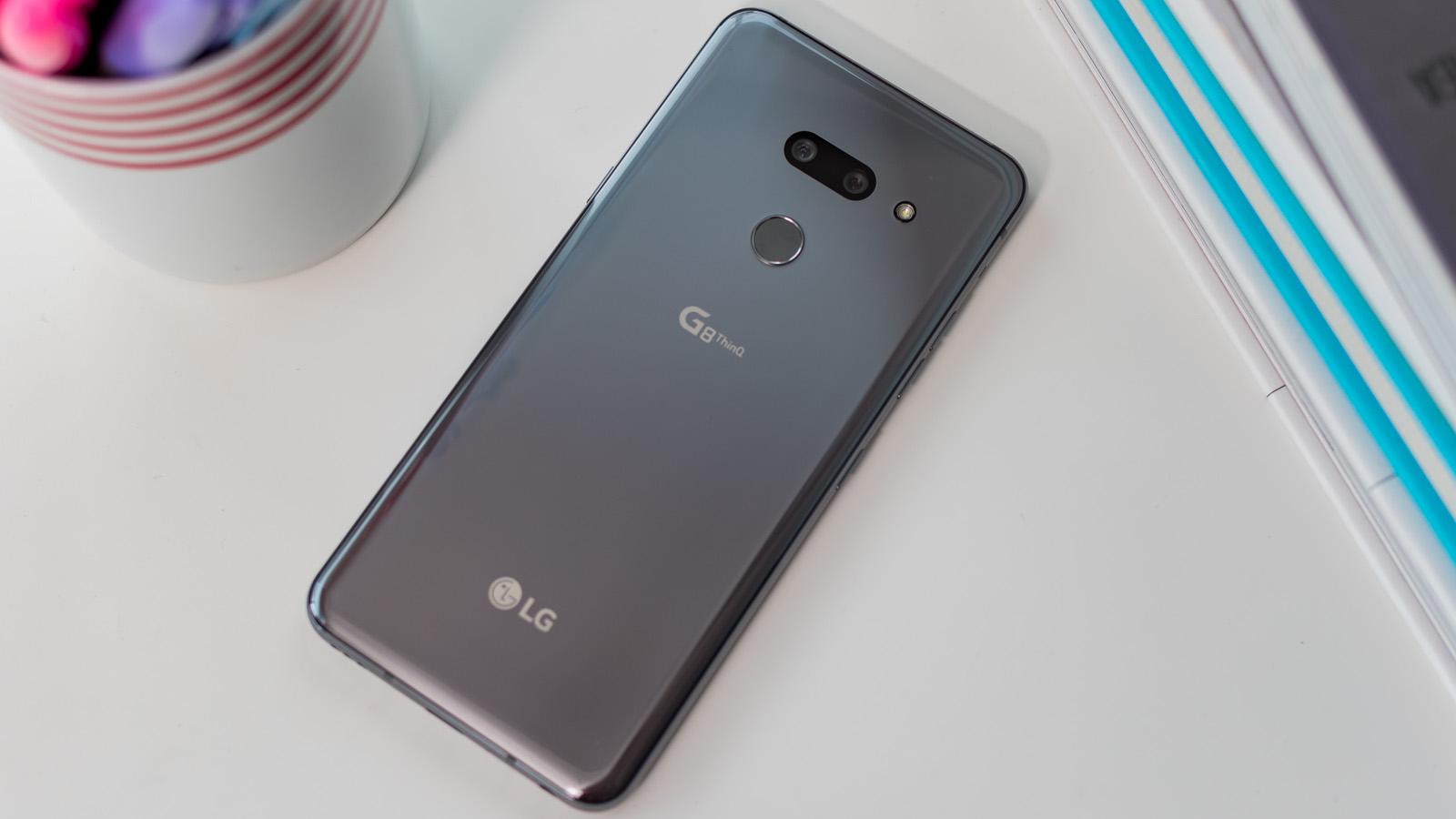 The G8 ThinQ has plenty going for it, but unfortunately not in the areas that count for most consumers.

The OLED display and 32-bit Hi-Fi Quad DAC audio were both among the best in the industry when the phone launched, while the Snapdragon 855 and 6GB of RAM should still feel snappy enough for most users’ needs.

Bland design and a so-so camera let it all down though, and for most people, these are likely to be two of the biggest factors when picking a phone – especially when they’re being asked to throw down cash for a premium product.

LG clearly hoped that gimmicks like Hand ID and gesture controls would set the G8 apart from its rivals, but while they do, it isn’t in the way the company had intended. Neither changes the way you use your phone and before long you’re likely to forget they’re even there.

What you’re left with is a phone that’ll appeal to audiovisual nerds but doesn’t offer much for anyone else. At full price, this isn’t the phone for you unless you already knew what 32-bit Hi-Fi Quad DAC meant before you started reading this.