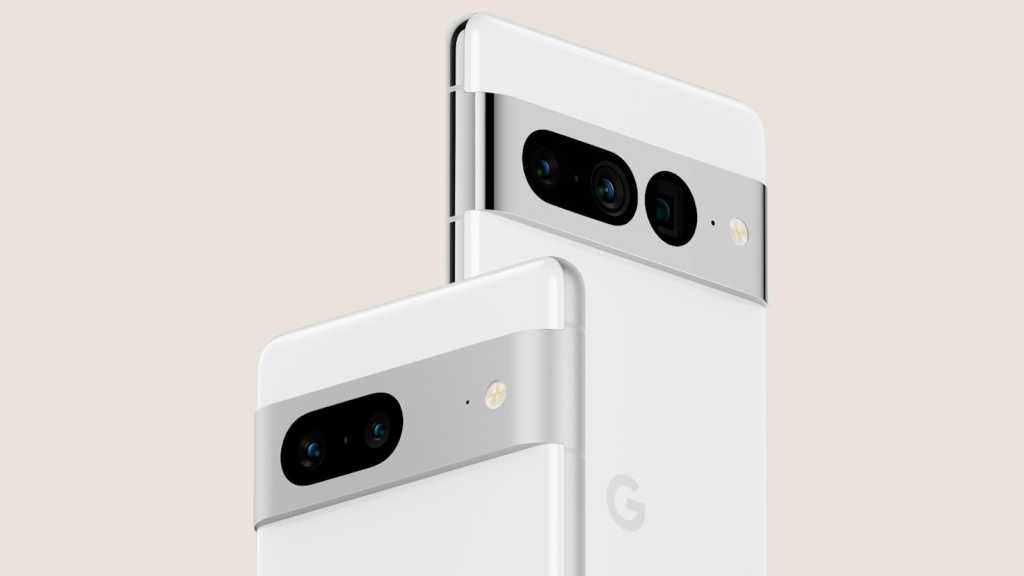 2022 has been a big year for smartphones, and there are still a few new and upcoming models to get excited about.

Carl Pei’s start-up Nothing has finally launched its first handset, the Phone (1), which is on sale now, and up against mid-range rival the Pixel 6a. Meanwhile Samsung’s latest foldables have gone on sale, as have the latest generation iPhone 14 series, with the Pixel 7 set to follow very soon – both running key software upgrades in Android 13 and iOS 16.

From the first half of the year, the Samsung Galaxy S22, OnePlus 10 Pro, Oppo Find X5, and Xiaomi 12 series are all on sale, and there’s even a new affordable phone from Apple in the iPhone SE.

Read on to ensure your next smartphone purchase is not immediately followed by regret, tying you into an unnecessarily lengthy contract. (Remember that there is a chance you could upgrade your contract early.)

Pro tip: As these new phones edge closer, the outgoing models will fall in price and you’ll be able to scoop up some great deals. If you’re not bothered about having the very latest tech, check out our take on the best phones you can buy today.

6 October is now confirmed to be when we’ll see Google unveil the Pixel 7 and 7 Pro – though the company has already teased the design, which you can see here.

After last year’s design overhaul there’s nothing quite so radical this time around, but patent applications suggest this could be the year we see the company adopt an under-display selfie camera, along with the second-generation of its Tensor chip.

Check out all the Pixel 7 rumours so far.

Motorola has revealed an updated Razr foldable, which is out now in China – though we don’t yet know if, or when, it will reach the UK.

This is the third foldable Razr (the original was followed by a 5G version) and boasts a streamlined design, flagship Snapdragon 8+ Gen 1 chip, and other upgrades to the displays, battery, and cameras.

Read more about the Motorola Razr 2022.

Samsung has already released a Galaxy A23 in India, but it’s only 4G – and the company has now launched a 5G model in the US, though we’re not sure if it will also arrive in the UK or not.

The phone’s design looks similar to this year’s other A-series handsets, and it features a rear quad camera and teardrop notch on the front. It’s really very similar to the existing A23, but with a switch to a 5G chipset and a downgrade to a 60Hz display.

Get the latest on the Galaxy A23 5G

The next OnePlus mid-ranger is tipped to include an upgraded 150W charging spec – capable of a full charge in just 15 minutes – alongside a new Dimensity 8100 chipset and a larger, 6.7in 120Hz display.

The camera spec isn’t expected to change as much though, with the same 50Mp IMX766 main camera as the Nord 2, joined by an 8Mp ultrawide and 2Mp macro.

Read more about the Nord 3

The X50 is the rumoured name for the next Nokia flagship, which we’re expecting to see some time this spring or summer.

Solid specs are thin on the ground, but point to a device at the lower end of the flagship range, with a Snapdragon 7-series chipset – though some think a Pro model with an 8-series chip may also be coming.

Read more about the Nokia X50

Xiaomi may have never released its first foldable in the west, but we have hopes that the second-gen may launch more broadly.

The company has already revealed the phone in China, and it’s a doozy. It’s arguably the thinnest foldable yet, but still packs a big battery, dual 120Hz displays, and the Snapdragon 8+ Gen 1.

The Leica-branded rear camera also looks like it will impress, while the sleek design outdoes Samsung’s latest.

With new phones in the series launching twice a year, we’re actually overdue the reveal of the Redmi Note 12 series.

Luckily leakers have already filled in some details, pointing to 6.6in FHD+ displays, big batteries, and use of the Dimensity 810, 1300 and 8000 chipsets across three of the models.

Read more about the Redmi Note 12

Oppo killed it with its first foldable – the book-style Oppo Find N – so we’re eagerly awaiting its second, rumoured to adopt the clamshell format of the Z Flip.

There are few concrete rumours as to specs yet, except that it’s likely to use the Snapdragon 8+ Gen 1 chipset, so it won’t skimp on specs.

After initially launching the Mate 50 Pro in China, Huawei has confirmed that the phone will go on sale in Europe too (likely including the UK), though hasn’t said exactly when.

We’re only getting the Pro – not the regular and Porsche Design variants – which packs a 50Mp main camera with a variable aperture to handle a variety of lighting conditions.

It’s also powered by the Snapdragon 8 Gen 1, albeit a 4G version of the chip – though satellite connectivity takes the edge off, at least for emergency communications.

It’s pretty much a given that the Xiaomi 13 is on the way, and going by Xiaomi tradition it should be revealed in December.

Even if it is, expect it to not to arrive in the UK until early 2023. That might change though, as some rumours point to an earlier reveal for the phone this time around – perhaps as soon as October.

Other rumours are thin on the ground so far, but expect a Leica-branded camera and next year’s Snapdragon 8 Gen 2.

Read more about the Xiaomi 13

The Nova 10 and Nova 10 Pro are the latest Huawei mid-rangers launching in the UK and Europe, and they’re set to go on sale some time in the next few months.

The pair both feature a massive 60Mp selfie camera sensor, capable of really high-res and ultrawide photos – which the Pro then pairs with a 2x zoom telephoto too. Both pack the same powerful triple rear camera, and you get the choice of 66W charging and a 4000mAh battery on the 10, or an upgrade to 100W charging and a bigger 4500mAh call on the Pro.

As Huawei phones, the downsides are that both are limited to 4G, and app support is still a little patchy.

Read more about the Nova 10 series

This is a bit of a wild card – but leaked internal documents and bits of code suggest that Google may be working on a Pixel-branded foldable device. We thought it might launch in late 2021, and then in October 2022 along with the Pixel 7 – but now most leakers predict it’s been delayed to 2023.

Beyond the device’s existence there haven’t been many leaks with details of what sort of foldable device it will be, or what specs it will have, but we know a lot of people will be curious about a Google-branded folding phone with that Pixel camera.

Read more about the Pixel foldable

Rumour has it that OnePlus is working on its debut foldable phone, and we may see it arrive some time next year.

The phone is apparently based closely on the Oppo Find N – the two companies now share R&D, so that’s no real surprise – which means we can expect something like a 7.1in folding display, Snapdragon 888 chip, and triple rear camera including an ultrawide and telephoto.

None of this is certain yet, but read our round-up of the OnePlus foldable rumours for the latest gossip.

The Solana Saga is the phone once known as the Osom OV1. It had been intended to launch as the debut phone from new start-up Osom, but re-branded after a partnership with blockchain company Solana to serve as a web3 handset.

Specs are high-end, with a Qualcomm Snapdragon 8+ Gen 1, 6.67in OLED screen, 12GB RAM, and 512GB storage. Plus it has an additional ‘secure element’ to help keep financial information safe and secure during crypto transactions and when minting NFTs.

Read more about the Solana Saga.

Samsung is almost certainly hard at work on the Galaxy S23 series, with three phones likely to launch in spring 2023.

Rumours point towards the debut of a 200Mp camera sensor – likely in the S23 Ultra – along with larger batteries across the board.

Of course the chipsets are likely to improve too, but there’s plenty of debate about whether Samsung will continue to use a mix of Snapdragon chips and its own Exynos hardware, or shift entirely to the Qualcomm silicon.

Read more about the Galaxy S23

OnePlus is certainly working on its next flagship series, though after disruption this year we don’t know exactly which phones to expect and when.

Still, it normally reveals handsets in spring, so keep that in mind. Expect the upcoming Snapdragon 8 Gen 2 to power the phone, along with likely upgrades to fast charging speeds and camera specs.

Read more about the OnePlus 11

The Find X line is Oppo’s flagship series, and the Find X6 phones are expected to arrive some time in early 2023.

It’s too early for any real leaks on the flagship X6 Pro’s specs, but expect an upgrade to the Snapdragon 8 Gen 2, tweaked Hasselblad cameras, and likely a redesign after two years of using a similar form factor.

The Pro will likely be joined by a streamlined Find X6 and a cheaper X6 Lite.

The Galaxy A53 sits at the heart of Samsung’s mid-range line-up – it’s basically the company’s core rival to the iPhone SE – so we’re confident we’ll see an A54 follow it up next year.

Specs so far are thin on the ground, but the render above is one of several imaging the improvements Samsung could be working on, borrowing spec and design elements of its flagships to trickle down to its more affordable hardware.

Get the latest Galaxy A54 rumours

Apple hasn’t confirmed anything about the iPhone 15 yet, but based on the company’s track record we’ll almost certainly see it in September.

Early rumours suggest we’ll see the new Dynamic Island design extended to the regular models this time around, while the Pro Max may be re-branded the iPhone 15 Ultra and come with some extra, unknown upgrades.

Get the latest on the iPhone 15

A folding iPhone has been rumoured ever since the first foldable display tech existed pretty much, but thanks to leaks and rumours we have pretty good reason to believe Apple is at least working on a foldable iPhone – even if it’s probably years away.

Apple is rarely the first to market with new tech, though given that Samsung has already released several iterations of its folding tech there’s a risk Apple will look backwards if it doesn’t follow suit until 2023 – though if it can perfect the tech in that time it may well be worth the wait.

Check out all the foldable iPhone rumours so far.