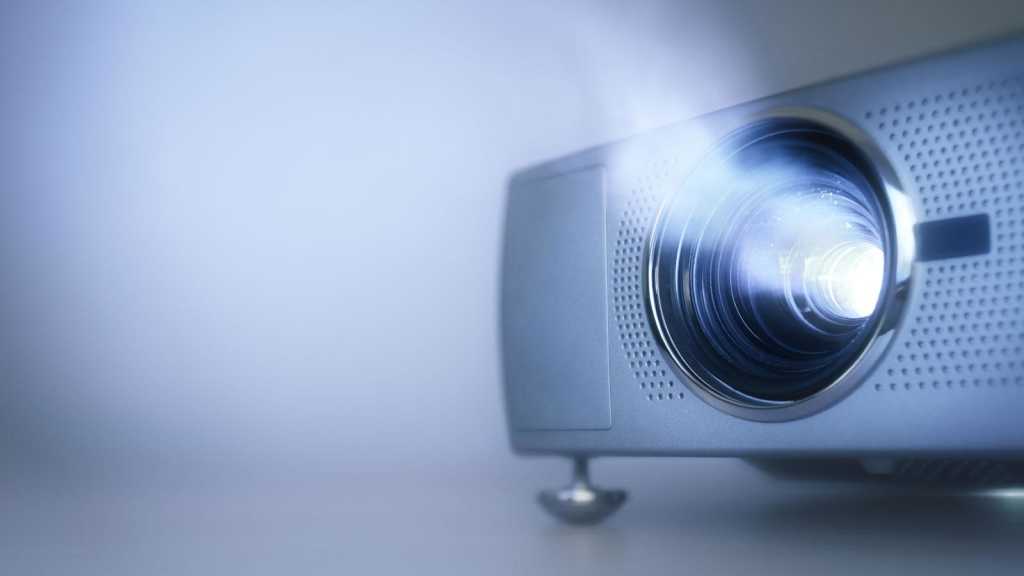 Projectors fall into three broad categories: home cinema, business and portable. We’re looking at the former category here: projectors that you can use instead of a TV for sports, movies, streaming Netflix or even watching the news. We’ll be adding new projectors regularly, so you’ll always find the best models to buy.

The great thing about a projector is that you can have an image that’s much bigger than any TV, but the downside is that image quality – notably black levels and contrast – isn’t as good as the best TVs.

Then again, you can buy a projector for a few hundred pounds, but you won’t find an affordable 100-inch TV.

Here are the main factors you need to consider when buying a projector:

In some ways, you get what you pay for with a projector. A good HD projector should cost at least a few hundred pounds or dollars, so ignore the very cheap models you’ll find on Amazon.

Some HD projectors will have a resolution of 1280×720, but you should aim for at least 1920×1080 (Full HD) because the pixels are obviously magnified when projected onto your wall. The more, the better.

A projector with a ‘native’ 4K resolution currently costs over £5000 / US$5000. This means that cheaper 4K projectors do not have a native resolution of 3840×2160. Instead, they tend to use DLP technology that creates a pseudo-4K image via ‘pixel-shifting’. Manufacturers use the term ‘True 4K‘ for this type of projector.

This isn’t the same as interpolation, which is what some camera manufacturers employ to boost pixel count, and it does add a noticeable amount of detail to the image compared to Full HD.. A True 4K projector will never be as sharp as a native 4K one, but the big price difference means it can still be well worth opting for True 4K if you’re not satisfied with Full HD but your budget won’t stretch to a Sony VW260ES.

If you can’t place your projector square-on to your screen, look for a model with lens shift. This is where the lens can be physically moved to shift the image horizontally and/or vertically, allowing you to place the projector off-centre.

Keystone correction is the poor man’s lens shift, altering the image digitally to correct the aspect, but potenially degrading image quality in the process.

Most projectors also have a zoom, which gives you more flexibility to mount the unit closer – or further away – from your screen. If you have a very small room, look for a short-throw model which can produce a very large image from a short distance.

It’s important to understand the difference between the three main projection technologies: LCD,  DLP and LED.

LCD projectors tend to be larger, but are more likely to have lens-shift than DLP versions.

DLP models usually have better contrast and punchier colours, but can suffer from the ‘rainbow effect’ where the component colours of the image (typically red, green and blue) become visible. This can be very distracting to more sensitive viewers, and is especially visible in high-contrast or black-and-white scenes.

In recent years, LED technology has made projectors more affordable.

A projector’s specifications will tell you little about image quality, so if you’re concerned about colour accuracy, contrast and sharpness, make sure you read our reviews which tell you how each model fared in our tests.

Motion smoothing is another feature to look for. Movies run at 24 frames per second (fps), and TV broadcasts at 25fps in the UK and 30fps in the US. When objects move across the screen, or the camera pans left or right, this can appear jerky – especially on huge screens. Motion smoothing intelligently adds extra frames (guessing where objects would appear between the original frames) to produce a far less jerky result.

Projectors designed for home use aren’t usually as bright as office models, as they’re intended for use in a darkened room.

Look for at least 1600 ANSI lumens brightness rating, as this should allow you to watch a film with at least one light on – those that have less than 1000 ANSI lumens rating are only really usable in total darkness.

If you want to watch sports during the day with the curtains open, you’ll want a lot more brightness, up to around 3000 ANSI lumens. 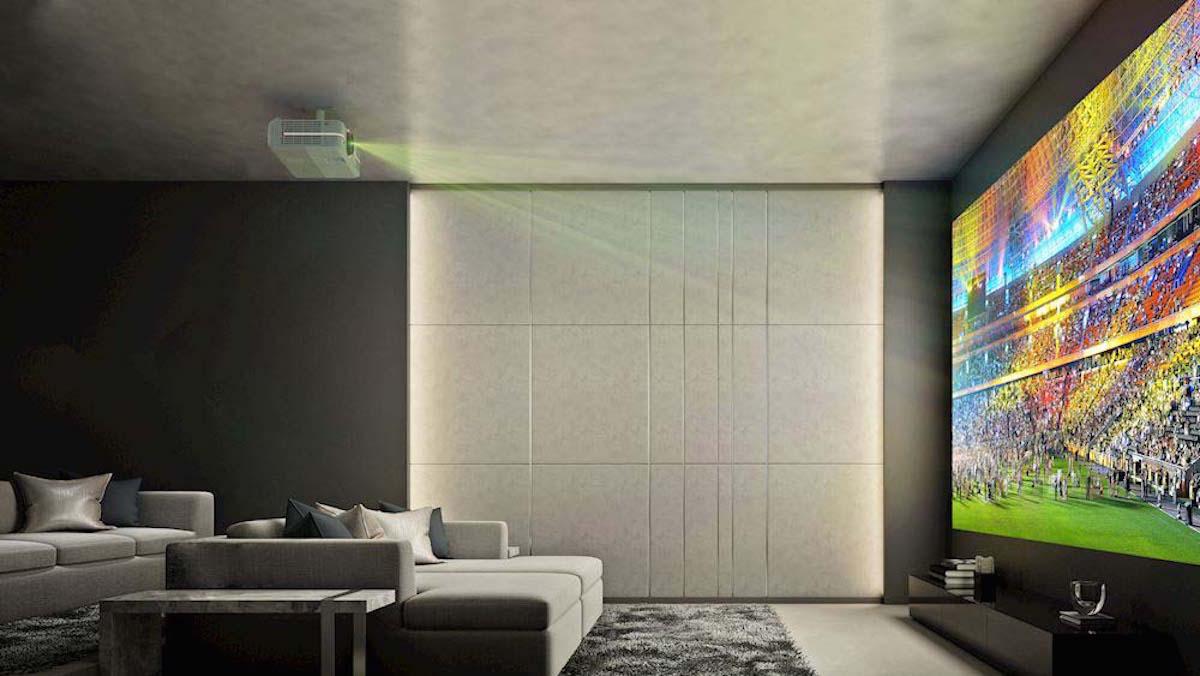 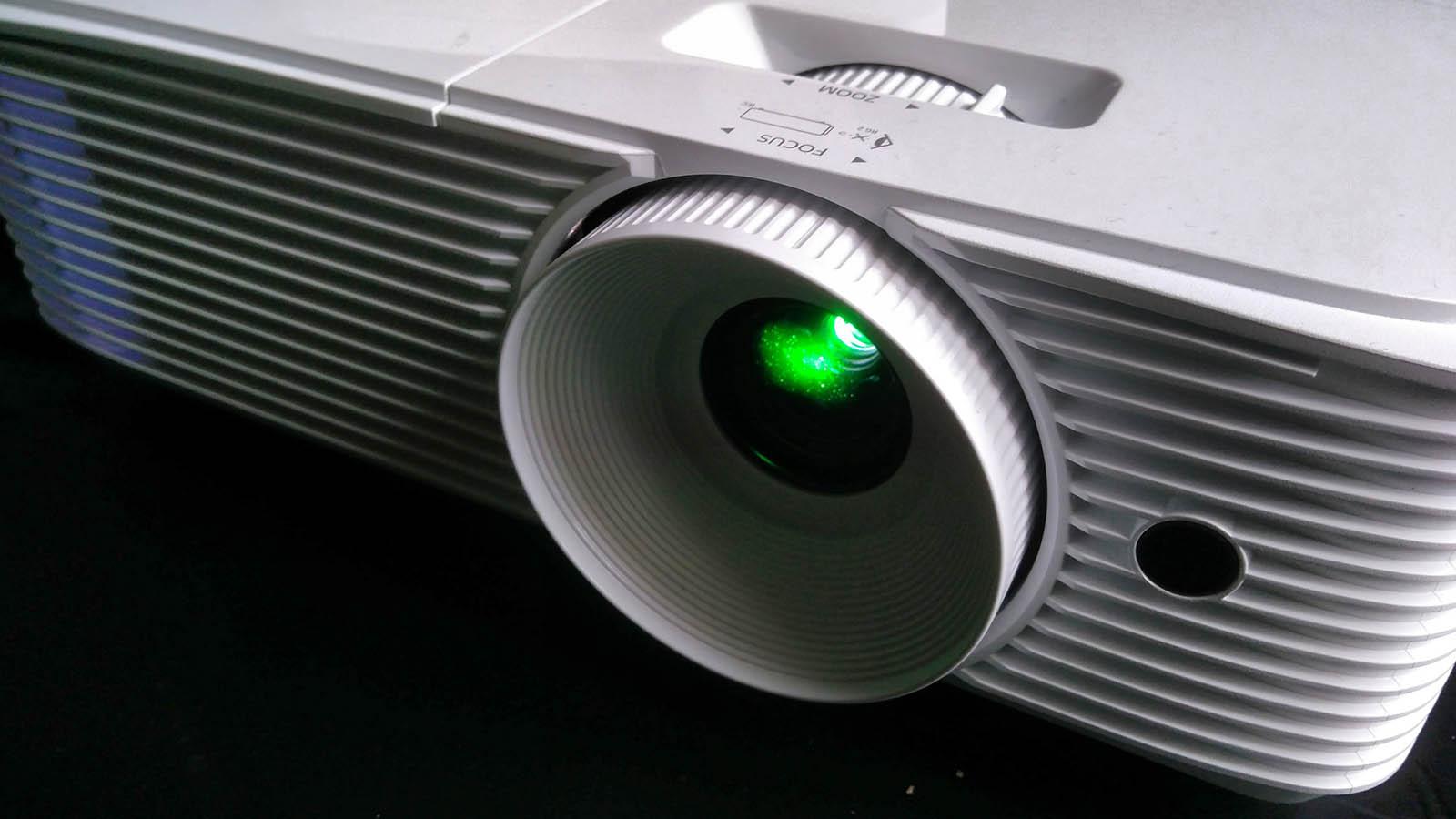 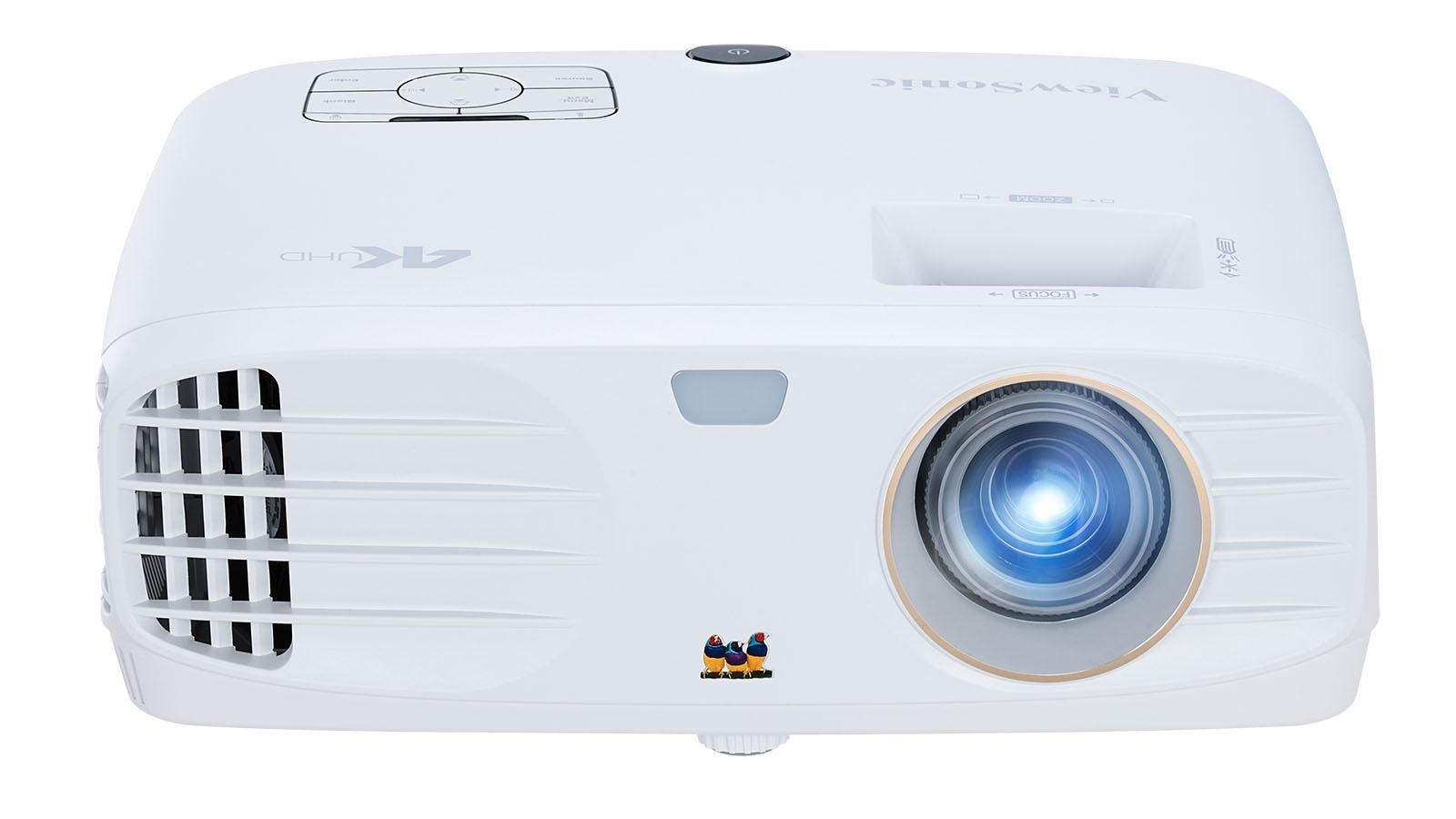 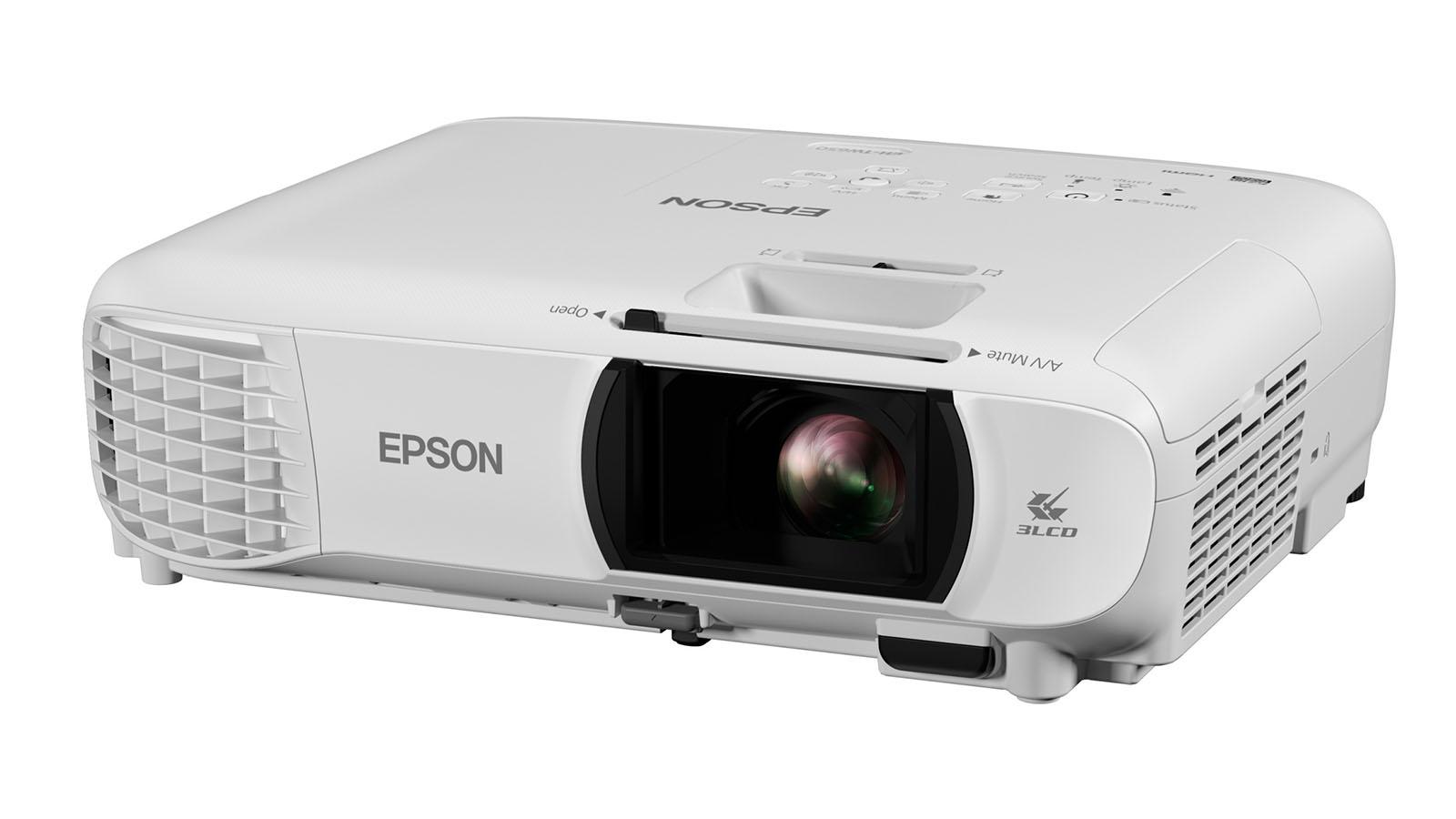 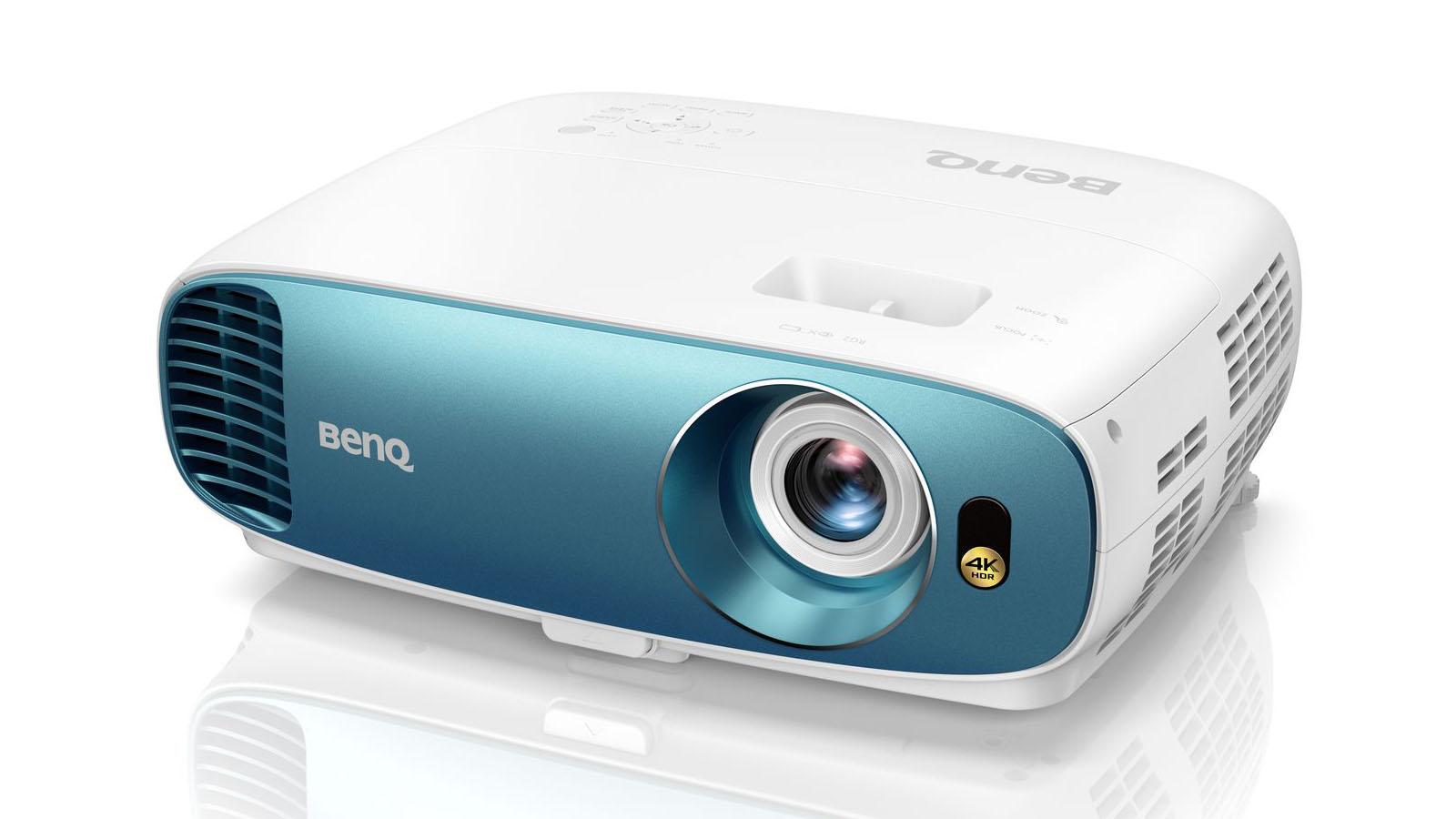 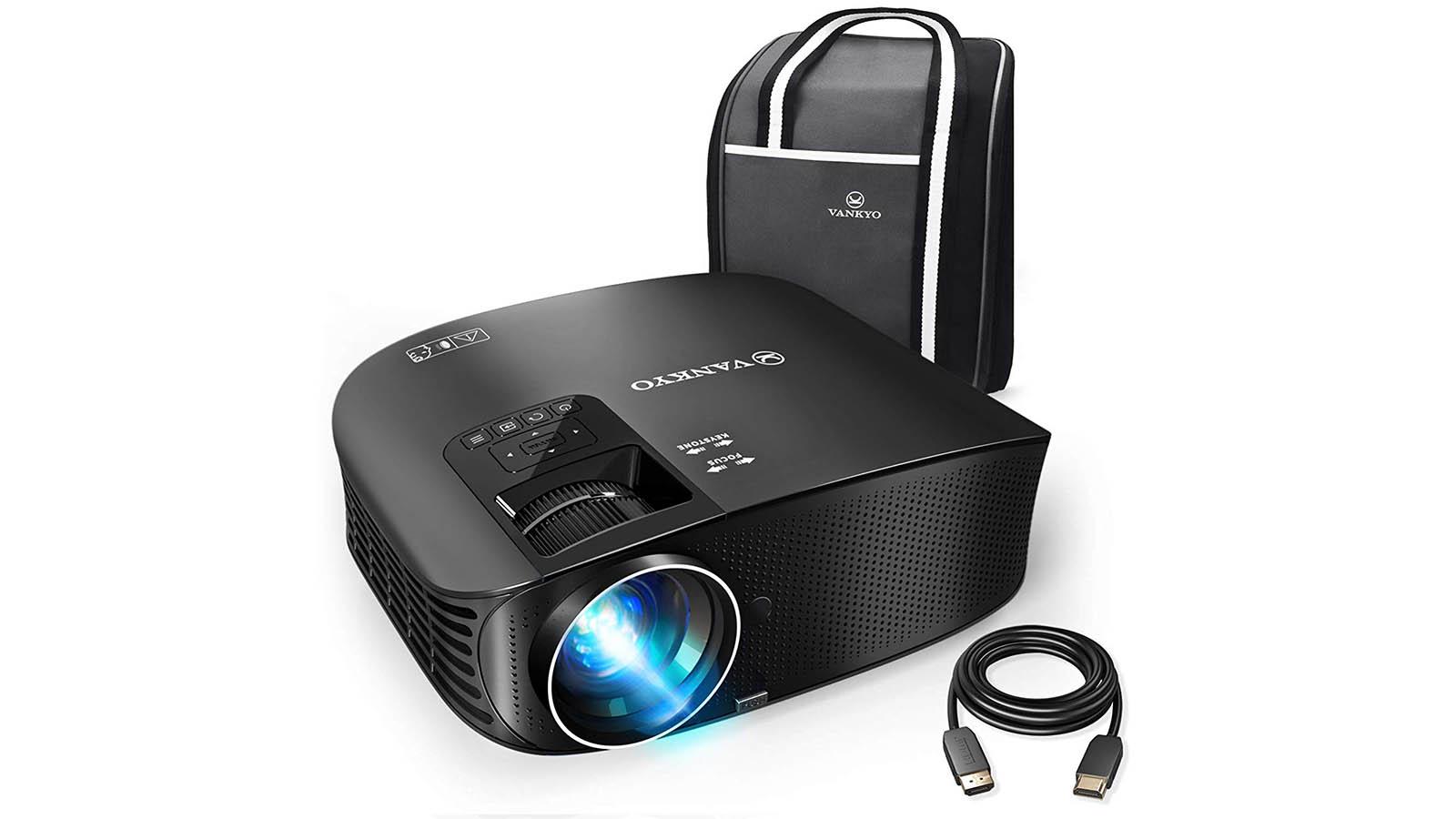