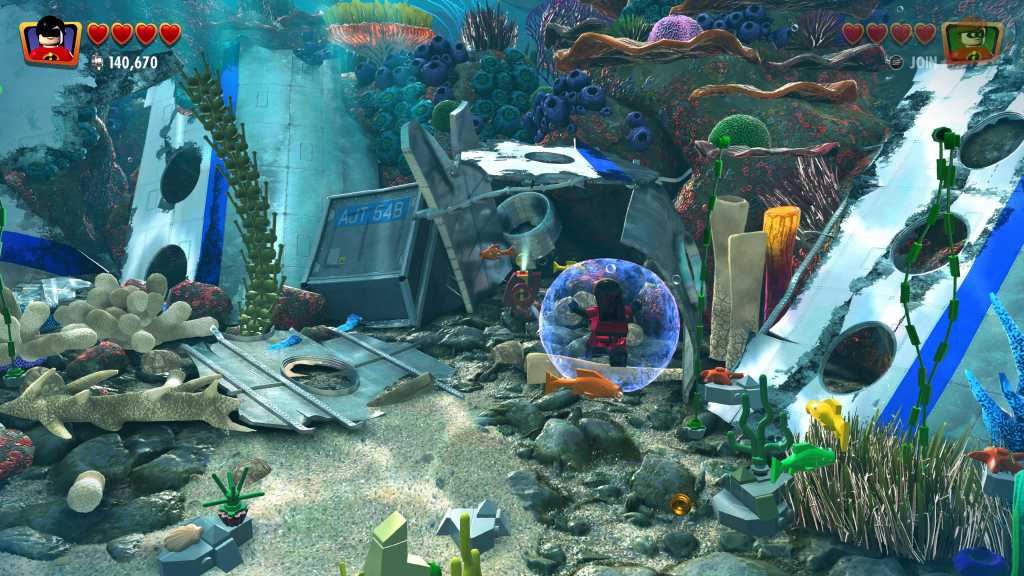 With LEGO The Incredibles now available to buy in the US and the second movie out now in UK cinemas, The Incredibles are back in a big way – and, let’s be honest, is anyone really that surprised? While LEGO The Incredibles is an extremely fun game to play, there are a lot of new features and changes compared to older LEGO games that may be confusing for new and old players alike.

Don’t fret though; we’ve spent some time as the Parr family fighting blocky bad guys in Municiberg, and here, we present our top LEGO The Incredibles tips and tricks.

While you have no choice but to progress through the initial mission in LEGO The Incredibles, you’re free to explore the open world once it has been completed. The city of Municiberg is separated into 10 districts full of enemies to defeat, challenges to complete and special Pixar-themed family builds to create, and will provide hours more fun once the (relatively short) campaign has been completed.

It’s also the perfect place to farm studs; we’d recommend charging through the streets as Mr. Incredible to quickly rack up your stud count and buy new packs to unlock new characters and content. 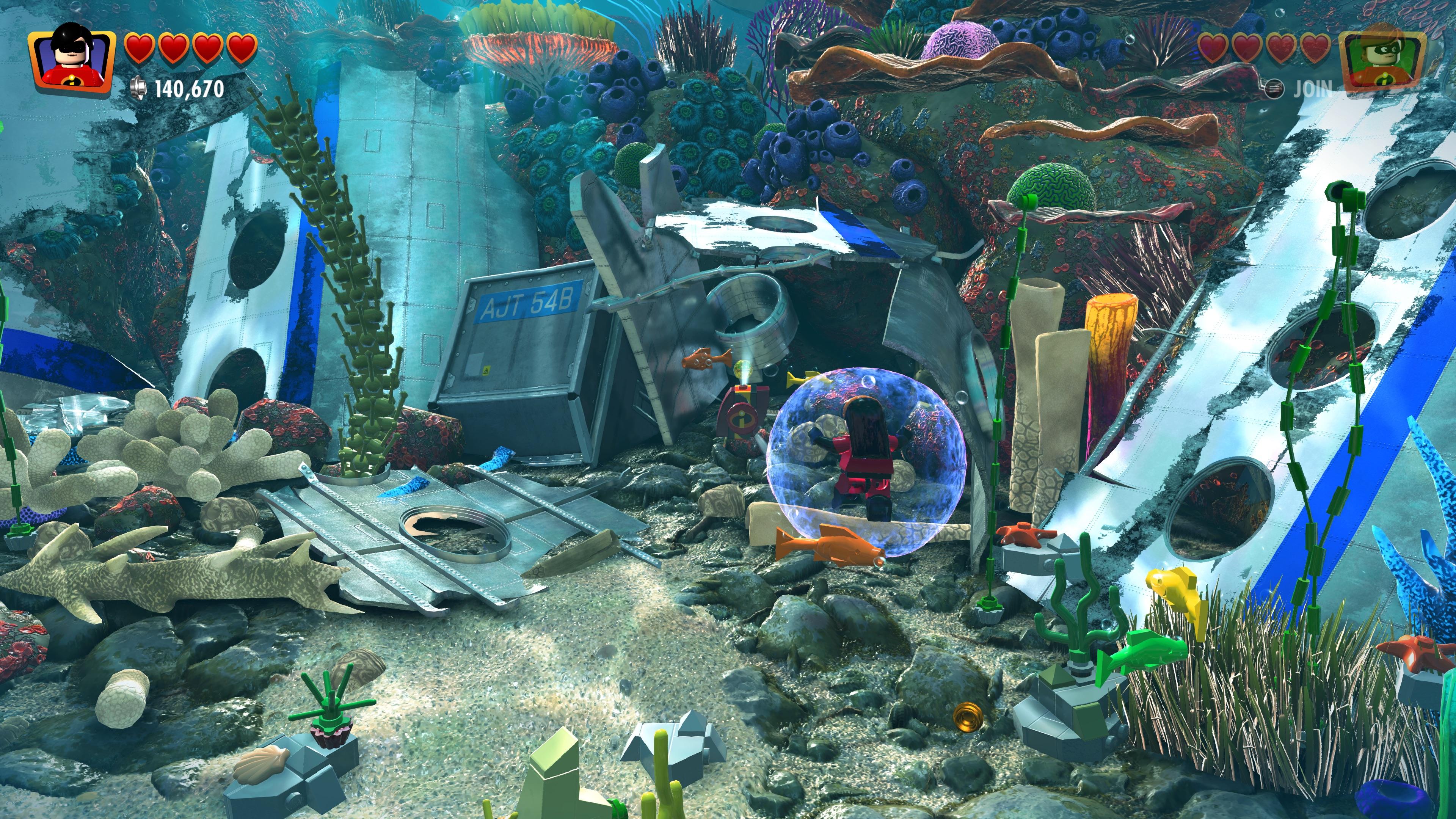 As with most other LEGO games, some of the most high-value items you’ll come across both in the campaign and in the open world will be hidden. It’s up to you to look in every nook and cranny, identifying areas accessible via special powers (whether it’s flying, hacking or smashing).

As well as building up your stud count, you may also come across rarer items like Minikit canisters, Incredibricks and Red Bricks to improve your overall gameplay experience.

Create your own custom hero 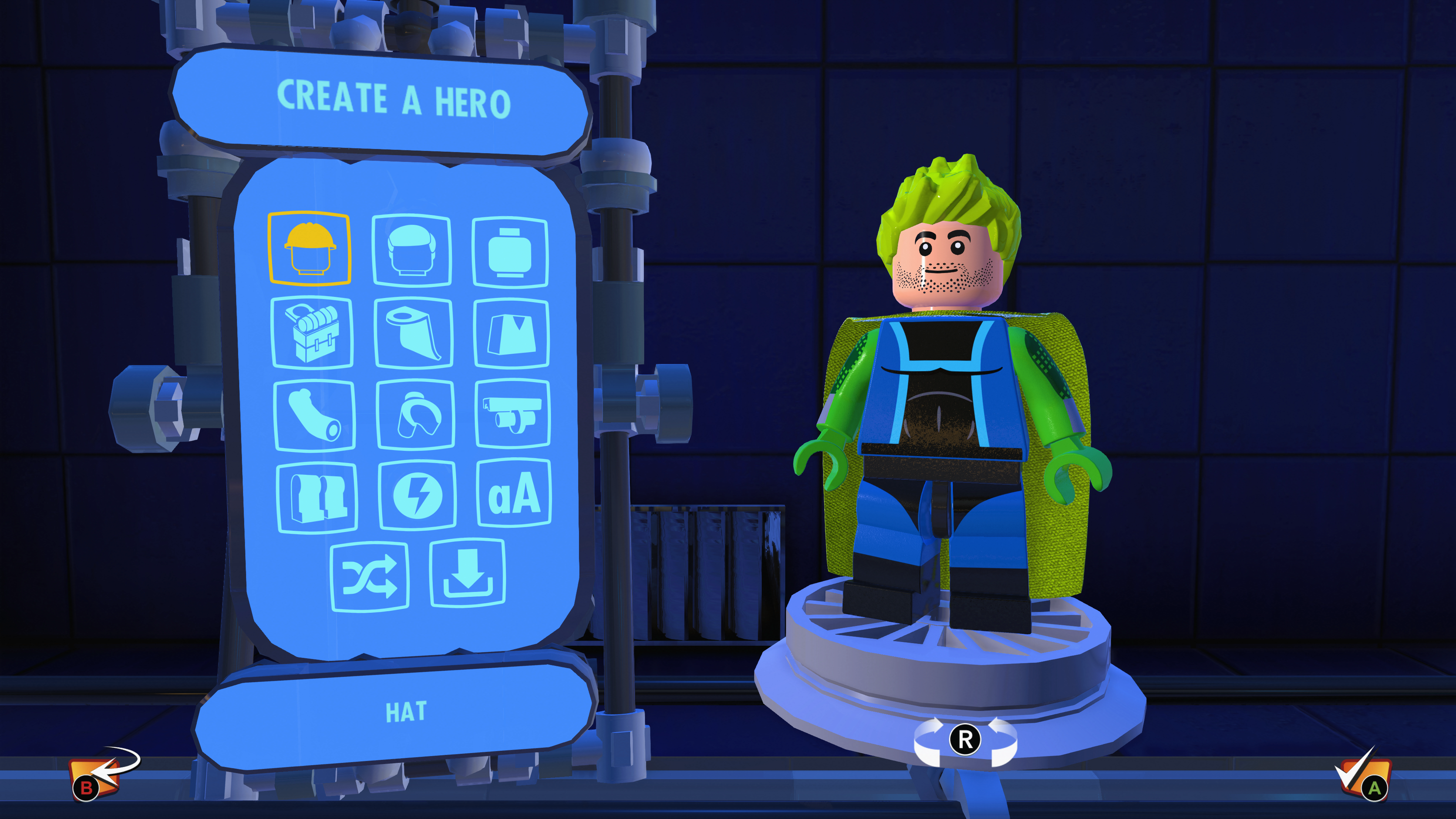 One of the best things to do in LEGO The Incredibles is create your own custom superhero. It’s a fairly in-depth creation system too; you get to customise not only the look of pretty much every aspect of your hero (no capes!), but the powers too.

You can create several custom heroes, and you can switch to them at any time during the free play mode. These can come in handy, especially early on in the game when you don’t have access to classic characters that have the Light or Tech powers. And besides, who wouldn’t want to create a LEGO superhero version of themselves?

Simply head to Edna’s house in the open world to get started. You’ll unlock additional cosmetics as you play through the game too, so make sure you head back often and check out what’s on offer.

For more info, here’s how to create a custom hero in LEGO The Incredibles. 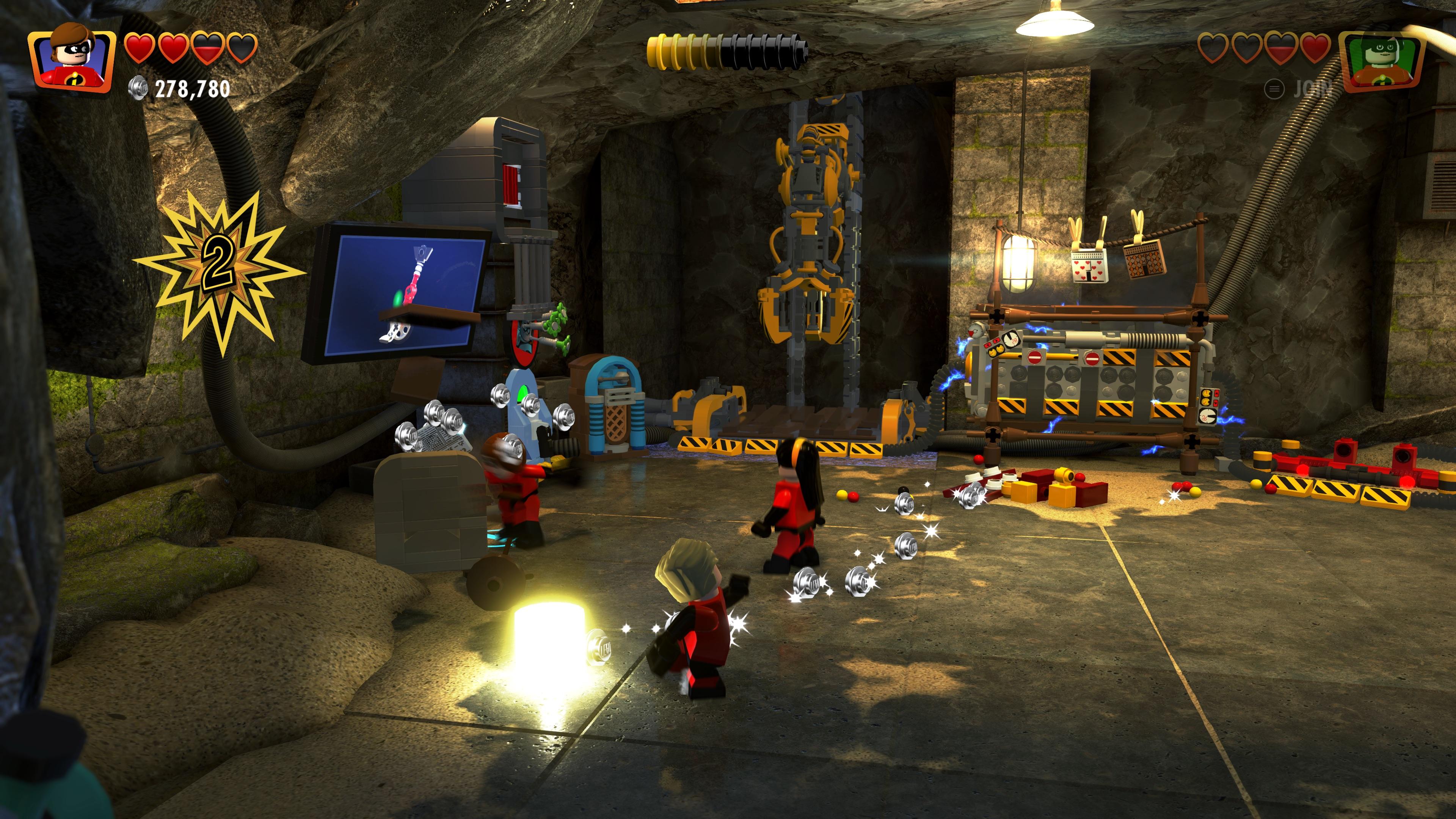 Much of what you’ll see in the campaign and in the open world is destructible, and you’ll get studs for breaking things. This is especially true in the campaign, as collecting a specific number of studs in each mission will award you with a Minikit canister. Oh, and don’t worry about losing studs once you hit ‘True Super’ status, as you can’t lose the status once it has been granted, regardless of however much you actually end the level with. 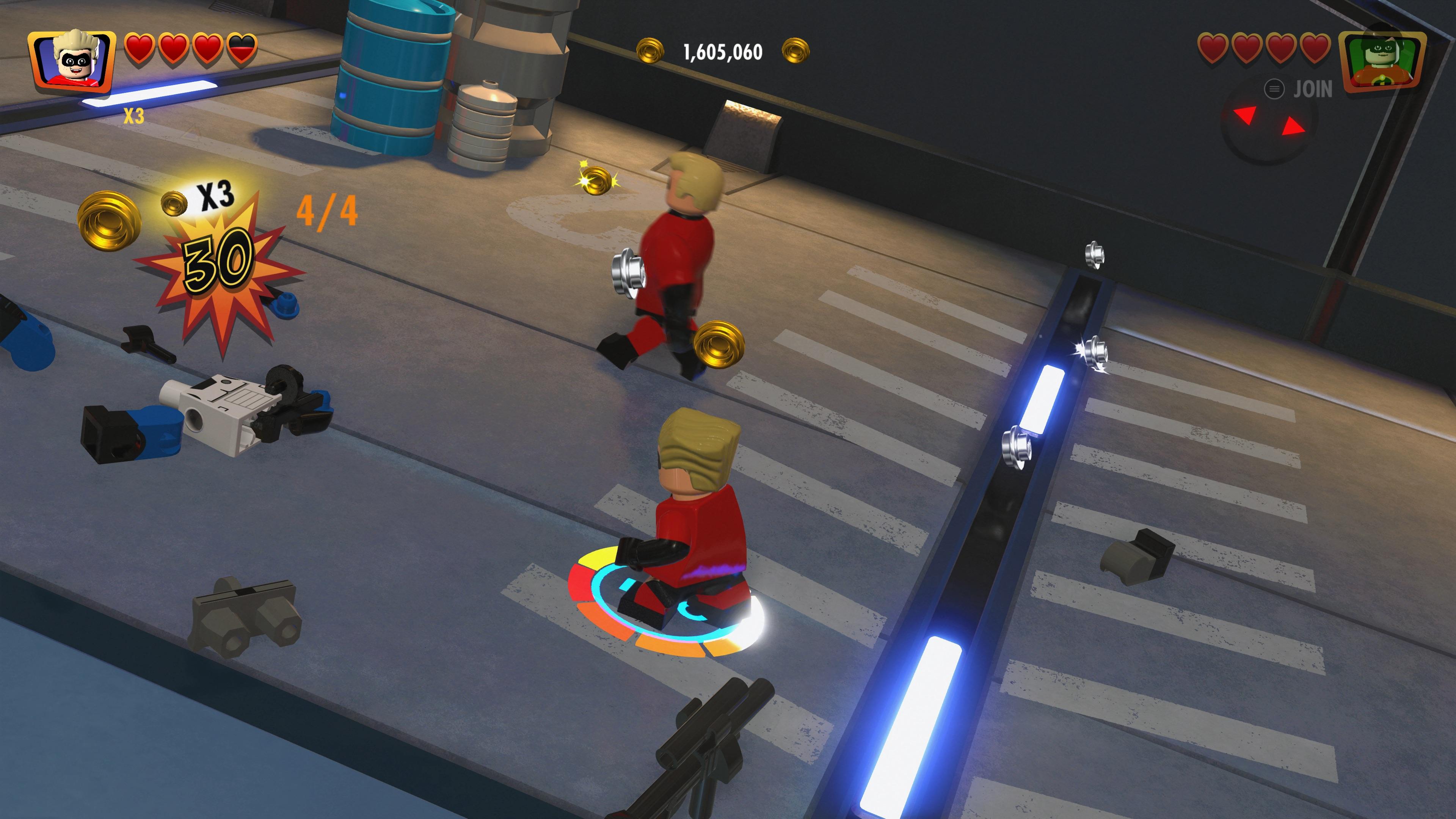 An easy way of maximising stud collection is to build up a combo. This is done fairly easily in LEGO The Incredibles; simply keep hitting enemies in quick succession to build your combo. It doesn’t even matter if you get hit during your combo, as it won’t reset.

Once you hit a combo of 20, you’ll get a x2 boost on coin collection. If you get to 30, it’ll jump up to x3, and so on. Couple this with special attacks that can hit multiple enemies at once and you’ll be the stud master in no time. 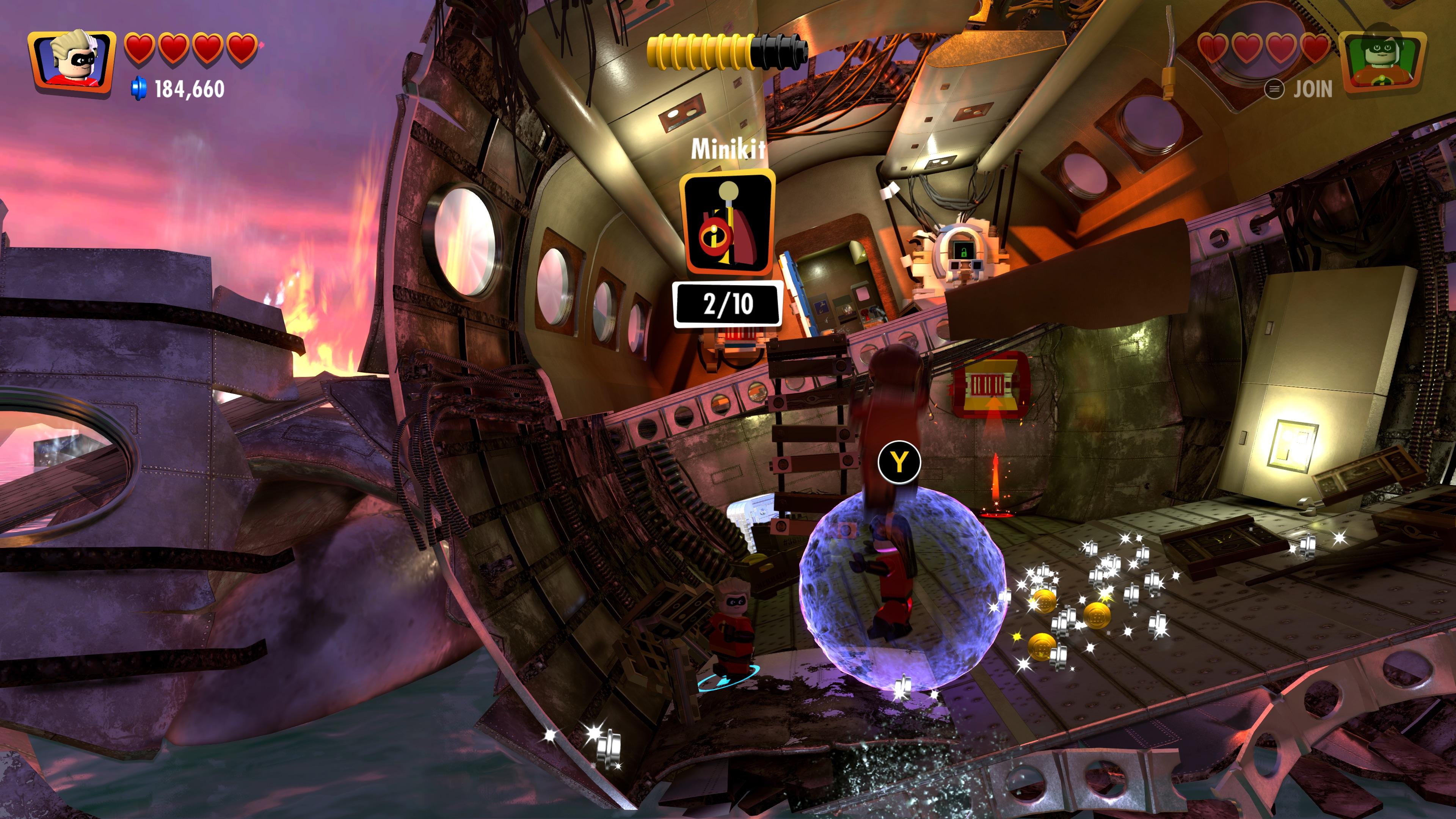 Minikit Canisters are notoriously tricky to come by, and will often require you to replay campaign missions several times to collect all 10 available in each level. It’s worth the effort though; once you collect all 10 Canisters in a single level, you get awarded with a brand-new vehicle that can be summoned at any time to explore the open world.

The campaign is comprised of twelve missions – that means there are 120 Minikit canisters to find, and 12 vehicles to unlock. 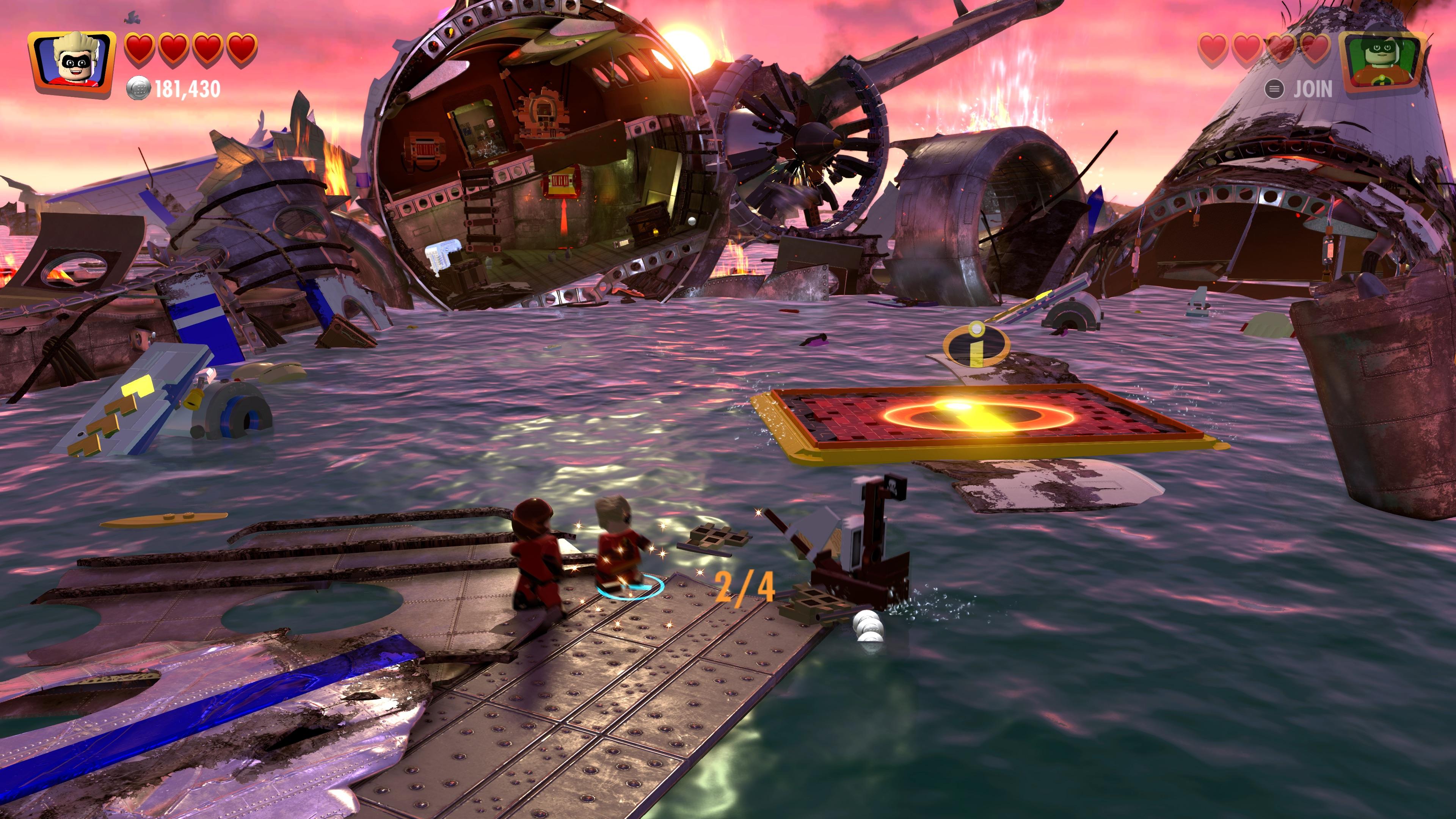 Unlike in previous LEGO games, the Red Bricks in LEGO The Incredibles are totally free – you just need to find them hidden throughout the open world. It’s a good reason to hunt down the Red Bricks early on before completing the campaign.

For those unaware, the Red Bricks offer a range of bonuses – from x2 stud collection to dancing NPCs – that can really change your LEGO experience.