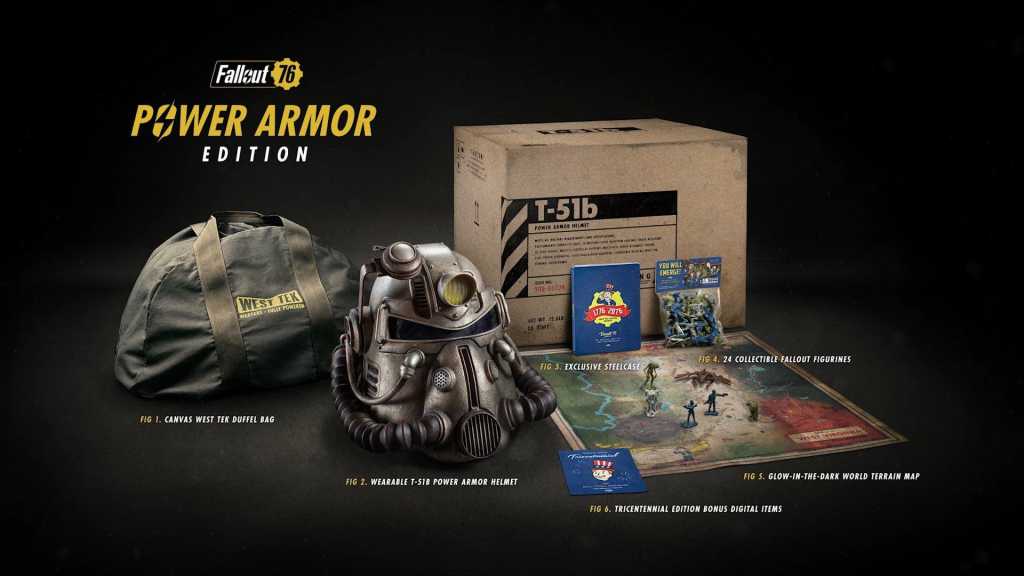 E3 2018 was a great event; alongside highly anticipated game reveals, we saw gameplay from the likes of Death Stranding, The Last of Us Part 2 and Fallout 76. But it wasn’t all about gameplay, as publishers also used the event to announce a plethora of Collector’s Edition for upcoming games including RAGE 2, Spider-Man and more.

While you might’ve missed them the first time around, here’s a roundup of the best Collector’s Edition Games that you can pick up in 2018.

Rage 2 gameplay was showcased at E3 2018 for the first time, and alongside the extended gameplay trailer, Bethesda showcased the Rage 2 Collector’s Edition. The focus of the special edition? A talking head, of course. The Ruckus the Crusher talking head can be mounted on your wall, and thanks to a built-in motion sensor, it’ll tell jokes, sing and more whenever it detects anybody nearby.

Alongside the novelty head, you’ll get a Collector’s Edition Poster, a Steelbook and a plethora of in-game content including the Rise of the Ghosts campaign, the BFG from DOOM, a Mutant Monster Truck skin, Wasteland Wizard Cheat Codes, Progress Boosters, armour, a new pistol and the Cult of the Death God mission.

If you’re a fan of the Fallout series, the Fallout 76 Power Armor Edition is certainly up there with the greats. The highlight of the Power Armor Edition, as the name suggests, is the inclusion of a T-51 Power Armor helmet. It’s not simply a statue though, oh no. It’s a full-scale, wearable helmet complete with voice modulator, LED headlamp and V.A.T.S sound effects, and comes complete with a West Tek canvas bag to carry it in.

That’s not all you’ll get for your money either; you’ll also get a 21x21in glow-in-the-dark map of Bethesda’s post-apocalyptic West Virginia along with a whopping 24 Fallout figurines and a special Tricentennial steelbook that includes in-game content from the Deluxe Edition of the game. You’ll also get early access to the closed beta ahead of launch!

Alongside the physical statue, you’ll get a custom steelbook with the game, an artbook, a white spider sticker, three in-game outfits, access to the spider drone and 5 extra skill points to spend. Oh, and you’ll also get access to Spider-Man’s post-launch DLC, City Never Sleeps.

To celebrate the trip to ancient Greece, Assassin’s Creed Odyssey is available to pre-order in both Spartan and Pantheon Editions of the game. While the two editions are largely the same, each comes with a different statue. The Spartan Edition of the game comes complete with a Spartan Leap Statue that stands at around 15.5in, while the Pantheon Edition of the game offers two statues (including the statue from the Spartan edition) that form The Nemesis Diorama.

Both editions of the game provide early access (from 2 October!), alongside the Deluxe Edition Pack, a season pass granting access to upcoming major expansions, a Steelbook, a 64-page artbook, an exclusive lithograph by Hugo Puzzuoli, Ubisoft Quebec and a printed version of the game’s hand-drawn world map.

It’s one of the priciest editions of the game available, but with so much on offer, it’s a great product for Assassin’s Creed fans.

If you want it for the gaming goodies, you won’t be disappointed; the Collector’s Edition comes with a 9in Aloy statue alongside the Art of Horizon artbook, a Steelbook Case to hold the game, an exclusive PS4 theme and a bunch of in-game outfits and packs. That’s if you can get your hands on one, anyway!