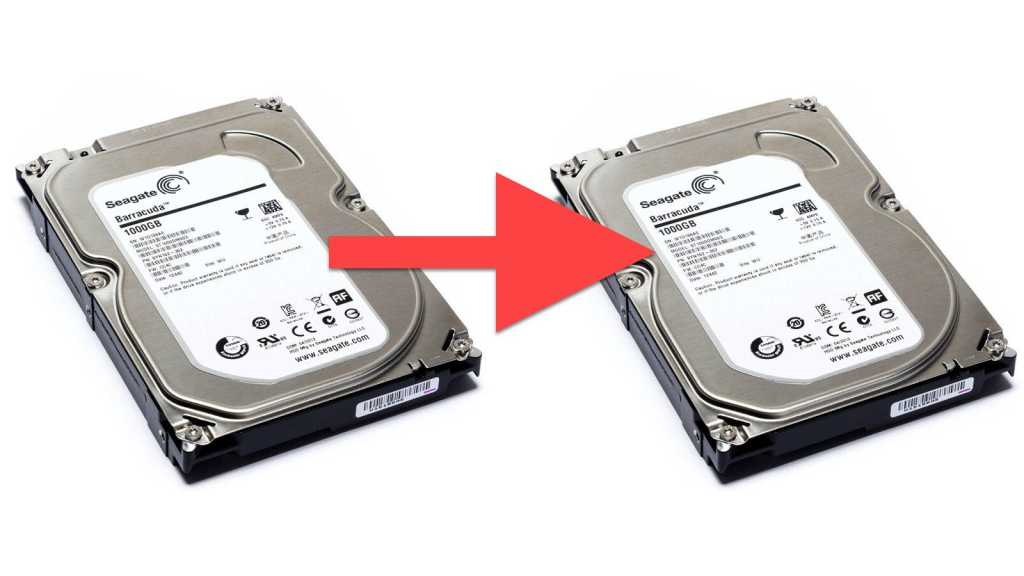 If you’re upgrading to a bigger hard drive, or moving data to an SSD, the quickest and simplest way to move that data is to use cloning software.

These apps are especially useful if you also want to move Windows from one drive to another, as it’s impossible to copy Windows manually because of the various partitions involved.

Cloning also means your Windows apps, settings and data will also be cloned to the new drive. In some cases, you can even put the new drive in a different computer with a different motherboard and everything should work perfectly.

We’ve included free and paid-for options here. There’s a real selection from the most basic free apps that run from a USB stick (such as Clonezilla) through to the latest version of Acronis which now comes with antivirus software and anti-theft protection.

Some cloning apps are easier to use than others. One of the main features you should look out for is the ability to clone a larger-capacity drive to a smaller one, as it’s common for an SSD to have less storage than traditional hard disks. SSD prices have come down a lot, but it’s nice to have this feature.

Big-to-small cloning isn’t magic, though: you’ll still have to delete or transfer enough files so the remaining data will physically fit on the new drive. The point is that some cloning software isn’t able to shrink partitions even if there’s a lot of free space in them.

An alternative to software is a physical hard disk duplicator. These work independently of a PC or laptop and may even cost less than software. Inateck’s 2-bay cloner costs around £35/US$35 from Amazon, for example.

Drive cloning software does have advantages, though, as you can move individual partitions and do more than simply cloning entire drives. They often include other features such as back and restore, and other useful hard drive tools.

Here’s a selection of the best cloning software.

Back in 2020, Acronis changed the name of its imaging software which users had known for almost two decades  as True Image. Now, it’s called Cyber Protect Home Office.

That’s a better description of what it does today, because it includes antivirus software: real-time protection from all kinds of malware. Acronis developed this because ransomware started targeting backups, and it wanted True Image backups to remain safe. This is extremely highly rated by independent test houses such as AV-Test.

And the combination makes it unique: the only backup and cloning tool which also provides antivirus and anti-theft protection.

Of course, as you’d expect if you ever used True Image, the cloning capabilities are just as impressive as ever, whether you want to make complete backups or move your data (or OS) to a new drive.

There is a drawback, though: Cyber Protect Home Office is now a yearly subscription rather than a one-off deal. There are three plans: Essential, Advanced and Premium.

Like EaseUS below, Macrium isn’t specifically a cloning utility. It’s primarily a backup tool, but it also offers good cloning features – even in the free version.

The interface is clean and modern and the wizard takes you through each step in Windows so you can choose exactly which partitions from the old disk you want to copy to the new one.

If your new drive is smaller than the old one, it’s still possible to clone it with Macrium as long as there’s enough space on the new one to store the amount of data on the old one.

By default, Reflect will use ‘Intelligent Sector Copy’ which essentially means it won’t copy blank space to the new drive. It also supports SSD TRIM and offers the option for a ‘forensic sector copy’ which forces it to copy every single sector to the new drive.

Should you want to add incremental backups, the ability to select specific folders and files, encryption and fast Delta cloning, then the Home edition comes with those features for £50.95 / $69.95. But, for a free product, Reflect 7 is one of the best around and will be more than enough for most people.

Not massively beginner friendly, O&O DiskImage nonetheless offers lots of features for cloning drives, and should appeal to tech-savvy users.

It’s reasonably priced, despite the fact that cloning isn’t all it can do. It also offers lots of backup tools – from a single file to an entire hard drive – and is designed as much for those wanting to keep an up-to-date backup of their hard drive as those who want to clone an old drive to a new one as a one-off.

One of the new features is the ability to convert DiskImage files to Microsoft’s Virtual Hard Disc files. If you wanted to upgrade to Windows 11 with the security of going back to Windows 10 whenever you like, it’s a definite bonus.

When it comes to cloning, DiskImage isn’t difficult to use: you pick the source and destination drives (carefully) and then click the Start Cloning button. And, as you would expect, it supports Windows 10, SSDs and UEFI systems.

The DiskImage To Go feature will automatically create a boot image on a specified external drive whenever you connect it to your PC. This also comes in useful in rebooting the system if you have the misfortune of a disk crash. Plus, DiskImage now offers a recovery partition so you can quickly get back up and running in the event of a Windows crash without needing a USB stick at all.

There’s a 30-day free trial so you can see if you like it before spending any money.

Paragon used to offer Drive Copy Professional as a standalone utility which was reasonably priced. Now, although better value overall, Hard Disk Manager is your only choice if you want drive cloning software.

As well as cloning, Hard Disk Manager Advanced includes tools for backup, data recovery, partition management, OS migration and disk wiping. So it really is a useful box of tools that has everything you need.

There’s a full set of cloning features, including the ability to copy to a smaller-capacity drive. One way it does this is by excluding certain files if there’s not enough space, which saves you the job of deleting files off your old disk manually.

It also supports cloning to virtual machines so you can work with older apps which aren’t supported in Windows 10.

Hard Disk Manager Advanced covers three PCs, but note that it will not work on computers joined to a domain as that would count as business rather than home use.

The app can handle a range of backup types, including automated, incremental, partial, and other, while also adding compression to reduce files sizes and encryption to secure the data.

The cloning feature allows you to migrate your system from one disk to another, plus there’s the option to create a portable Windows 10 drive on a USB stick.

You might know that there’s a free version of Todo Backup that handles a lot of the features above. However, it does not support cloning, so if that’s what you need – and this is a roundup of cloning software! – then you will need the paid-for Home Edition.

Like certain other apps here, EaseUS has shifted to a subscription model where you can pay monthly or yearly. Monthly might be a cheap option if you just need to quickly clone a drive but don’t plan to use it beyond that, but there’s a ‘lifetime’ plan which basically means you pay one and use it forever, just as in the old days. Except now, you also get updates for life, which sweetens the deal.

Clonezilla has been around for a very long time, and differs from other cloning software here in that you must create a bootable USB drive in order to use it: it doesn’t run in Windows, so requires you to jump through a few extra hoops.

It does support BIOS and UEFI, and both MBR and GPT types of partition formats.

You can’t clone to a smaller-capacity drive than the source, so if you’re trying to migrate a Windows drive to your new SSD which has a smaller capacity, Clonezilla isn’t going to work for you.