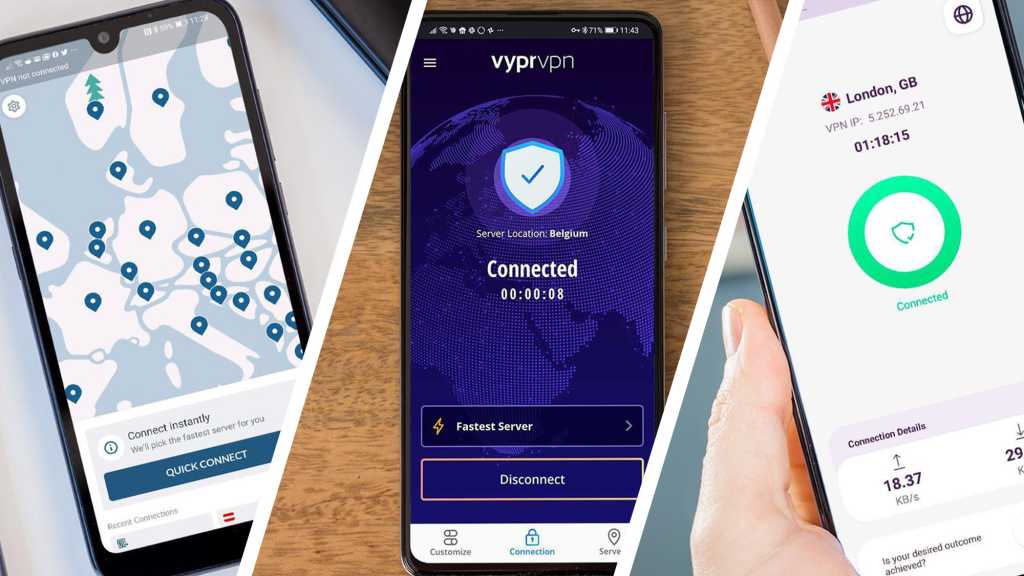 Streaming services are brilliant for catching up on your favourite movies and shows on a flexible basis. However, some services are only available in certain countries. This means that if you don’t live in a certain country, or if you’re travelling abroad, you may be missing out on some great content.

In some cases, even when you can watch in your home country, you won’t find the same list of shows and films as other countries get.

The reason for all this is licensing rules. All streaming services use region blocking to ensure that movies and TV shows can only be watched by people in certain countries. You can’t watch HBO Max or Hulu if you’re in the UK, for example, nor can you access BBC iPlayer from outside the UK.

But the good news is that you can get around these blocks using a VPN. Which is the whole reason you’re reading this right now. Just bear in mind that accessing any of these services from another country could violate their terms of service, and you risk losing your account, so proceed at your own risk. Saying that, we’re yet to hear of anyone having their account terminated: those services want you to keep paying, so they’re only going after the VPNs that are circumventing their blocks.

So the worst you’ll experience is that – on occasion – you might not be able to unblock, say, Disney+ with your chosen VPN service. When that happens, use their tech support, which is usually available as 24/7 live chat, to find out how to solve the problem. Or simply try connecting to a different server in the same country.

The other thing to look out for when choosing a VPN specifically for unblocking streaming services is to check the which services the VPN claims to unblock and specifically the Netflix regions you may want to use.

Beyond this, a fast, reliable service is of course desirable, as is the availability of apps for the devices you want to watch video on, such as an Amazon Fire TV, Android TV and others.

Bear in mind that the Xbox, PlayStation and Apple TV don’t support VPN connections natively, so if you see a service advertising that it works with those devices, it’s always a workaround using a spare laptop or other device and is certainly not a quick and convenient process.

If a VPN doesn’t sound like the right option for you, it’s worth considering the StreamLocator Hub. Instead of connecting to different servers, this Hub projects its own Wi-Fi network which you can connect to, and bypasses geo-blocked content automatically.

But for a low monthly price, a VPN is exactly what most people need to unblock streaming services. Here are what we consider to be the best options overall for watching TV and films online. 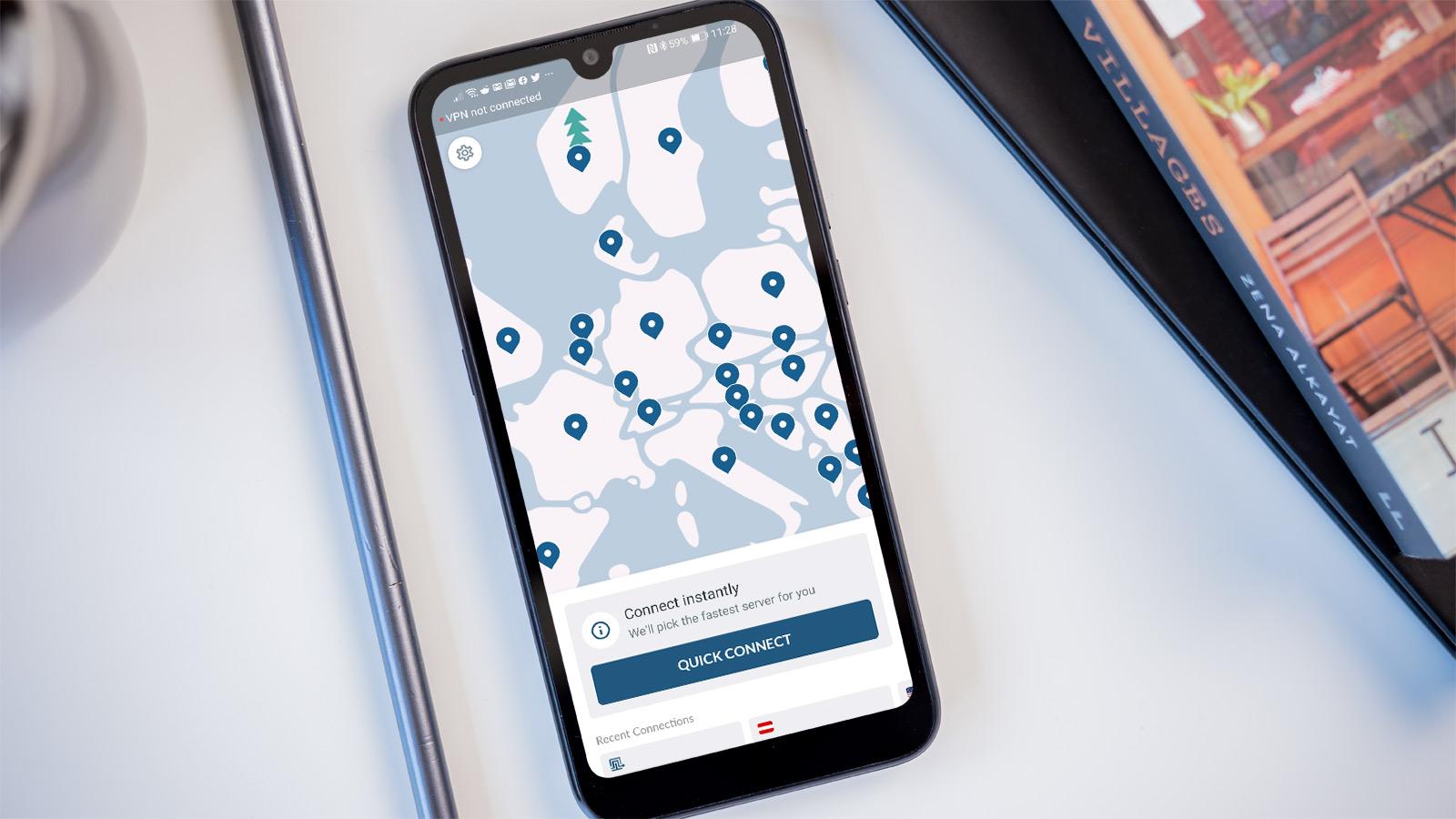 NordVPN is an excellent choice for streaming thanks to excellent speeds and wide device support.

The service reliably unblocks Netflix in various regions as well as lots of other streaming services including BBC iPlayer in the UK. It’s SmartPlay feature means you don’t have to think about choosing the right server: you just pick the country and the apps will select the best server for streaming.

NordVPN apps are available for just about any device you could ever want to use for streaming (except those that don’t support VPNs, as mentioned) and there’s 24/7 tech support for help when you need it.

Using its NordLynx protocol, based on WireGuard, Nord’s connection speeds are some of the fastest around and the apps are very easy to use.

It’s not quite as inexpensive as Surfshark, and has a limit of six devices using the service at the same time, but if those aren’t problems (and they won’t be for many) then NordVPN is a top choice. 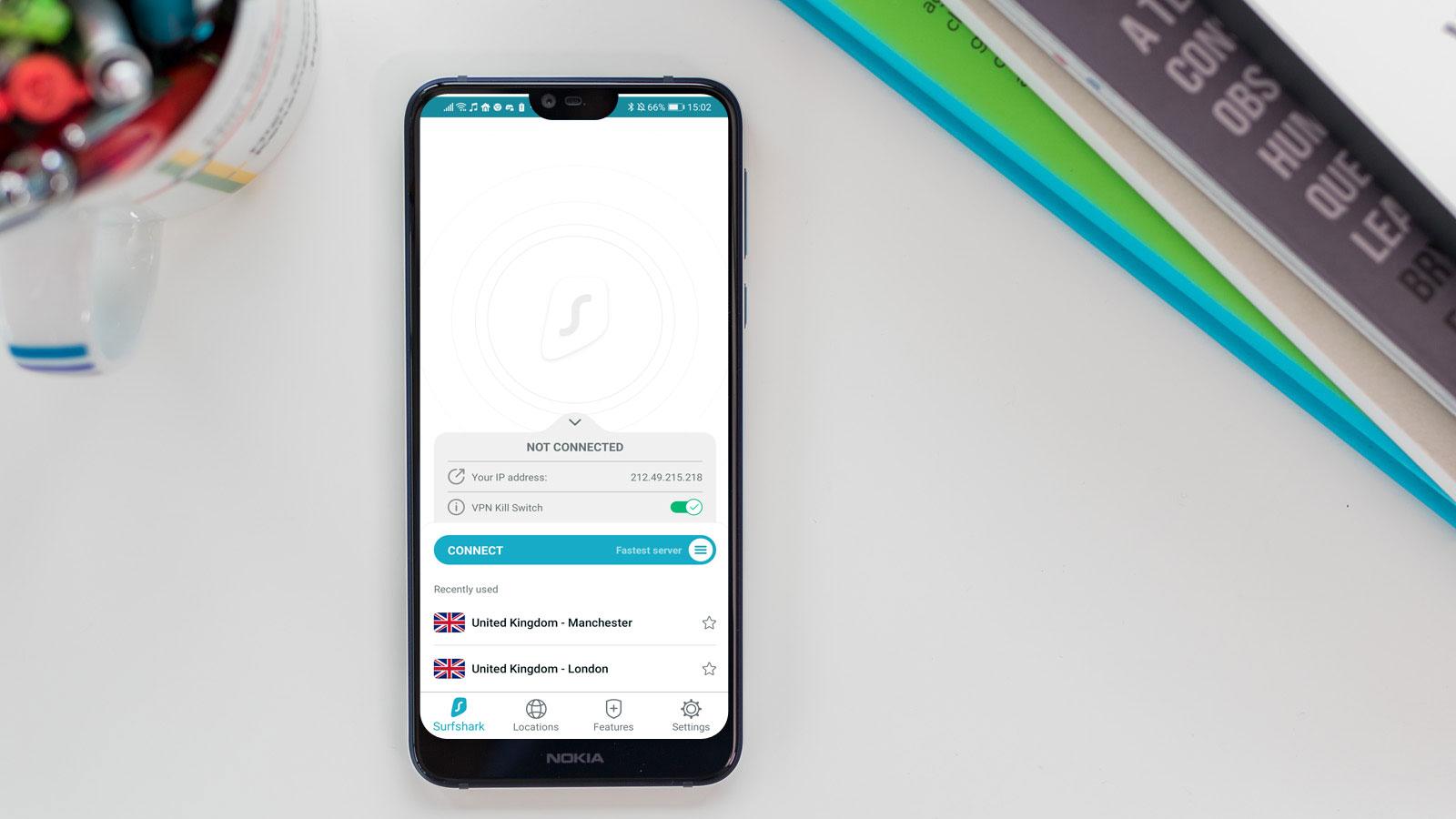 Surfshark is a great choice for unblocking streaming services. It doesn’t do what a lot of rivals do and list the services it unblocks, but it does have thousands of ‘streaming optimised’ servers in 65 countries.

More importantly, we’ve found it reliably unblocks video from various streaming services in our tests, and have had no issues with iPlayer whenever we’ve tried to watch something.

It will also unblock 15 Netflix regions including Japan, as well as Disney+, Amazon Prime, HBO Max and plenty of others.

The reason we’ve put Surfshark above others here is because it’s such a great-value package: it doesn’t put any limits on the number of devices you can use, supports WireGuard for very fast speeds and has a good selection of apps including Amazon Fire TV.

This is why it’s the best choice for most people: the two-year subscription is excellent value. 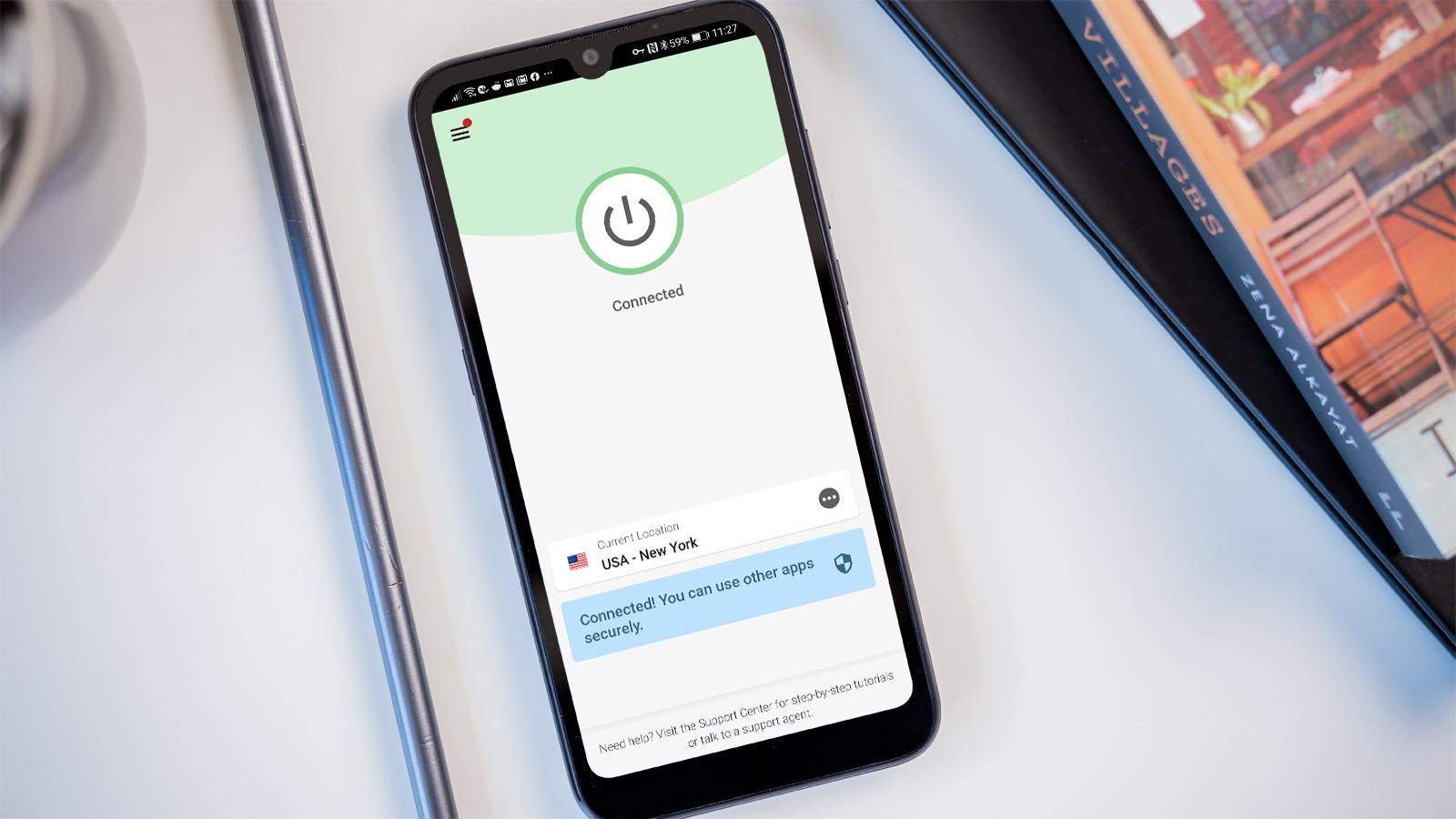 If you judge VPNs by the number of streaming services they unblock, then ExpressVPN is the clear winner. It claims not just to unblock over 200 of them, but to actively monitor them all and ensure they all work.

Obviously, most people don’t have subscriptions to that number of streaming services, so ExpressVPN really comes into its own with the more obscure services that other VPNs don’t unblock.

And maybe that will justify paying the much higher monthly for ExpressVPN. But for those who just want to watch the popular services including Netflix, Disney+ and BBC iPlayer, NordVPN and Surfshark are just as effective for a lower monthly cost.

However, ExpressVPN does have quite a few things in its favour for those who regularly need to stream blocked video from a variety of different services.

It says it tracks more than 200 platforms in multiple regions and claims to be the only VPN which will unblock Kayo, a service for live sports events.

As well as the VPN service, it also offers MediaStreamer DNS which you can use if you have any trouble unblocking while using the VPN app. This is a handy alternative which has previously worked for us when we had trouble accessing iPlayer.

ExpressVPN also offers a router ‘app’ which is considerably easier to use than others, even making it possible to change server without too much hassle. This allows you to unblock content on an Apple TV, Xbox, PS5 or any other device that doesn’t support VPNs natively.

If ExpressVPN tickles your fancy, then we have a special offer to get 15 months for the price of 12. 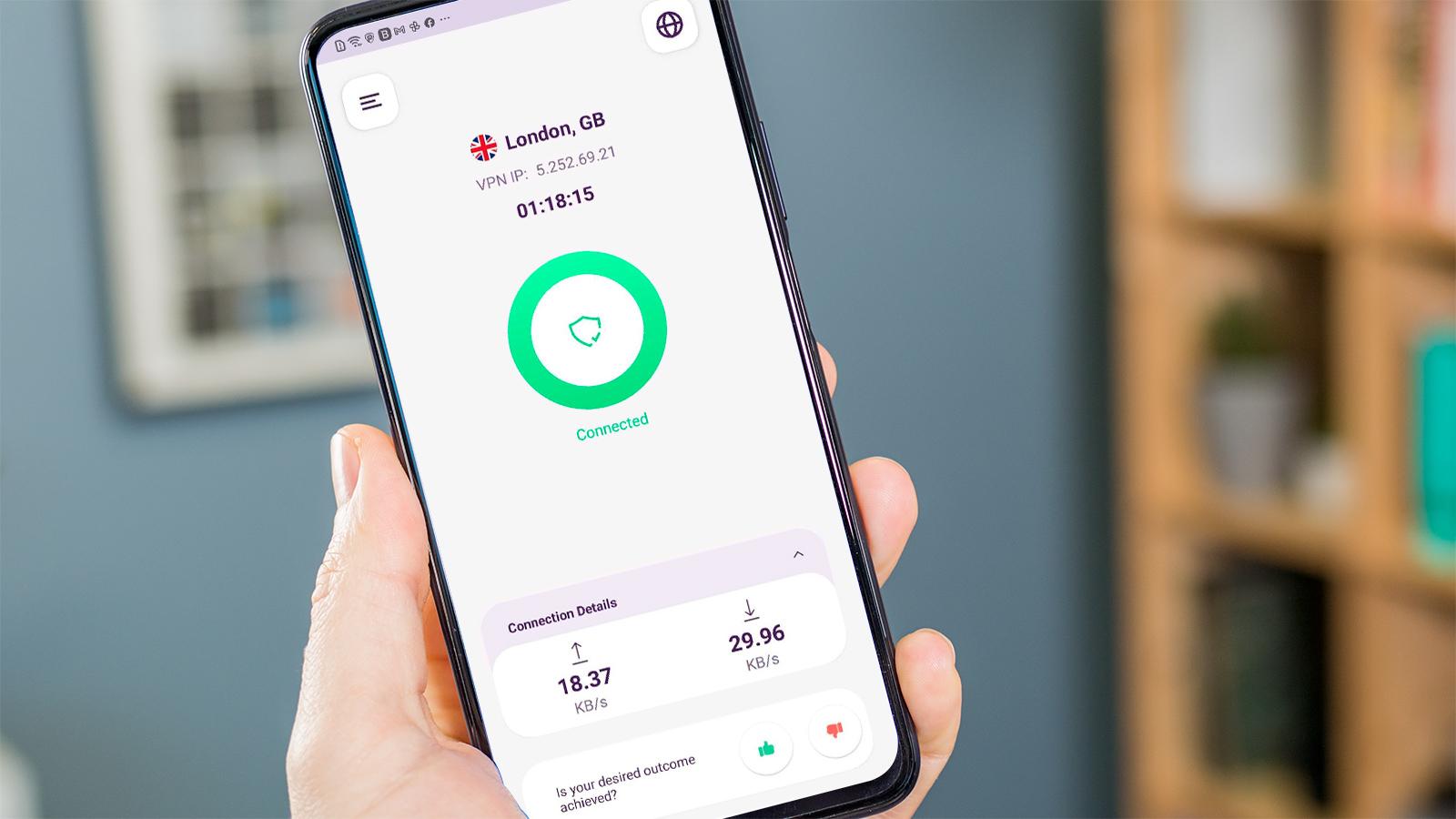 PureVPN is a well-established VPN service that has plenty of servers in regions popular with streaming services.

While it used to have a dedicated streaming mode in its apps, this is now gone in favour of simplicity. In fact, its redesigned apps are nice and easy to use.

The good news is that we found that unblocking worked just as well: every service we tried from Netflix and Amazon Prime through to BBC iPlayer and others all worked first time. That isn’t a guarantee that a given service (say Disney+) will work every single time you try, but that’s just a fact of life when using a VPN.

Providers play a cat-and-mouse game with the streaming services and the 24/7 live chat is on hand to help you if you do find you can’t watch videos from a particular service.

If there’s a drawback, PureVPN hasn’t yet rolled out the fast WireGuard protocol (except as a beta in the Windows app) but it’s working on doing so early in 2022.

Like several other VPNs, PureVPN has introduced a 7-day trial for 99 cents (about 74p) so you can check if it will reliably unblock and stream the services you want to use.

The best-value subscription at the time of writing is the two-year deal, which offers an additional three months for free. 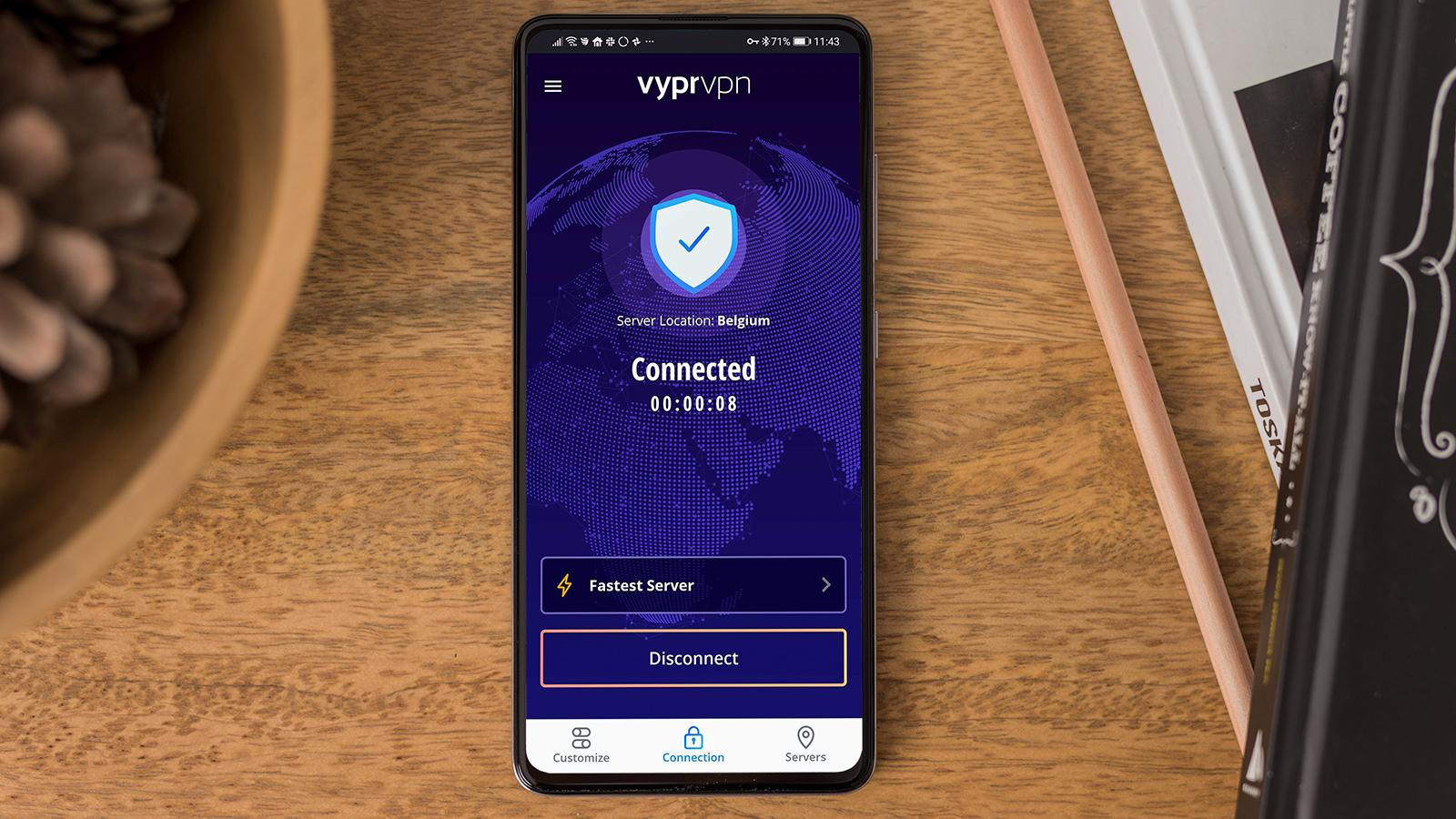 Unlike other VPNs here, VyprVPN owns and operates its own servers instead of renting them from a third party. That’s good from a security and privacy perspective, but it’s not so important if you only want to use a VPN to unblock video services. (It is a bonus if you also want a VPN for privacy, though.)

In our recent tests, we found VyprVPN was particularly good at unblocking UK-based services such as BBC iPlayer and ITV Hub, which are often a challenge for rivals.

Thanks to WireGuard support, VyprVPN offers great speeds which is a bonus if you happen to have fast broadband (more than around 100Mbps). For streaming, WireGuard isn’t a must-have feature as OpenVPN and IKEv2 are perfectly up to the task.

At the time of writing, VyprVPN wasn’t offering a competitive deal but it offers deep discounts regularly at different times of the year.