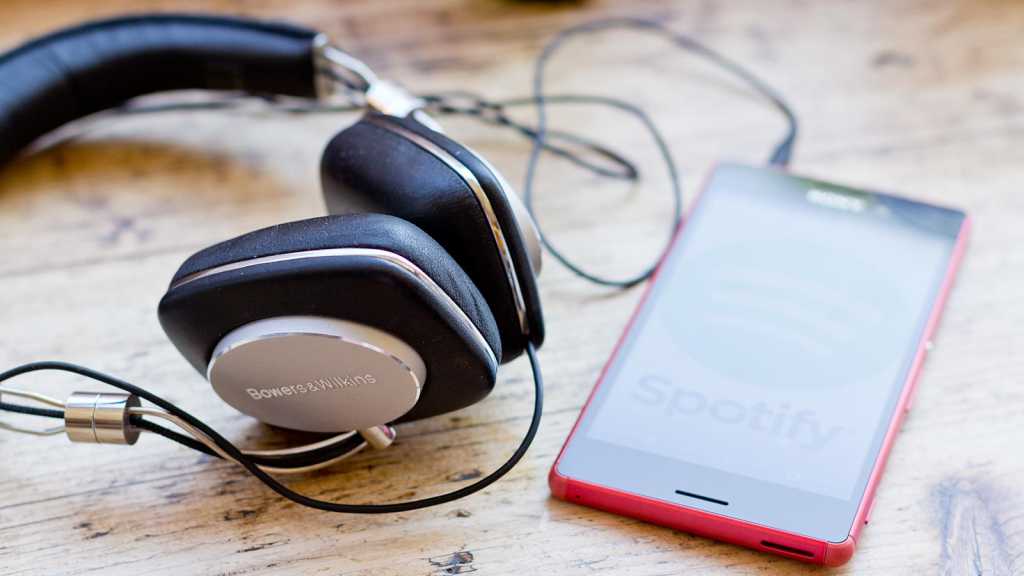 Unlike iPhones, Android phones don’t have a standard built-in music player. Google’s own app – Google Play Music – is obviously geared towards its own subscription service and will nag you to subscribe at every turn.

It’s a perfectly good music player, but for everyone who doesn’t want to use their phone’s default app and doesn’t exclusively get their music from Google, YouTube, Spotify, Amazon or another music streaming service, here are the best music players for Android.

Although you might think Play Music is only for Google’s streaming service, you’d be wrong. It’s the default music player on the company’s own phones, and is preinstalled on plenty of others.

The interface is clean and easy to navigate, but there’s a less obvious bonus. Google allows you to upload a whopping 50,000 of your own tracks to the cloud for free, which you can then stream or download via the app.

And, naturally, it will play all the music stored locally on your phone. In our opinion, it’s one of the best music players for Android and certainly a cut above many manufacturer’s own players, including Huawei’s. 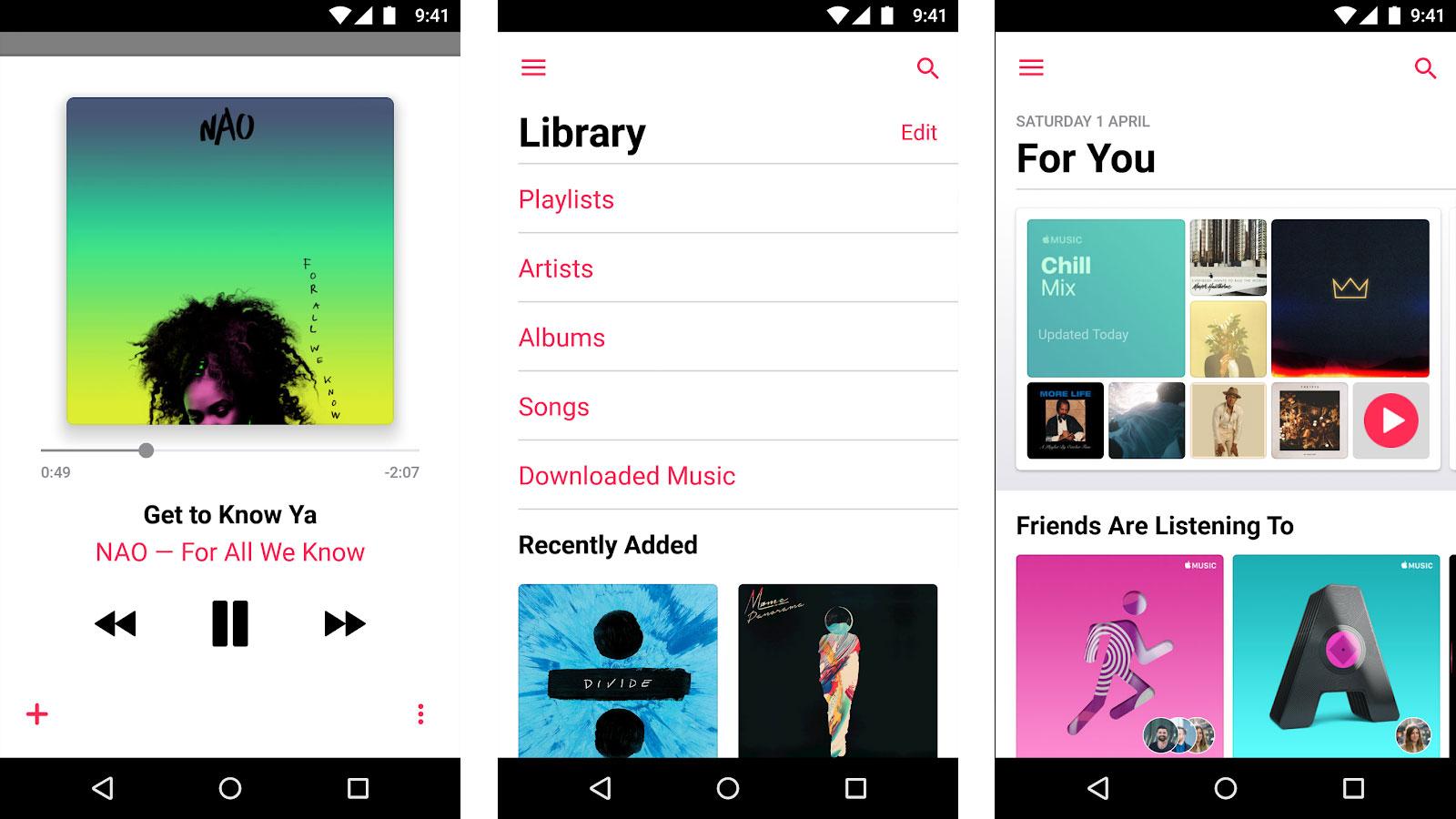 That’s right: you can get Apple Music on Android. It’s one of the few Apple services that works on Android, but that’s mainly because you’ll be paying Apple a monthly subscription to stream the music.

It’s important to note that you can’t listen to locally stored music via Apple music (like you can with Google Play Music) and you can’t use voice control to play the music as there’s no Siri on Android. 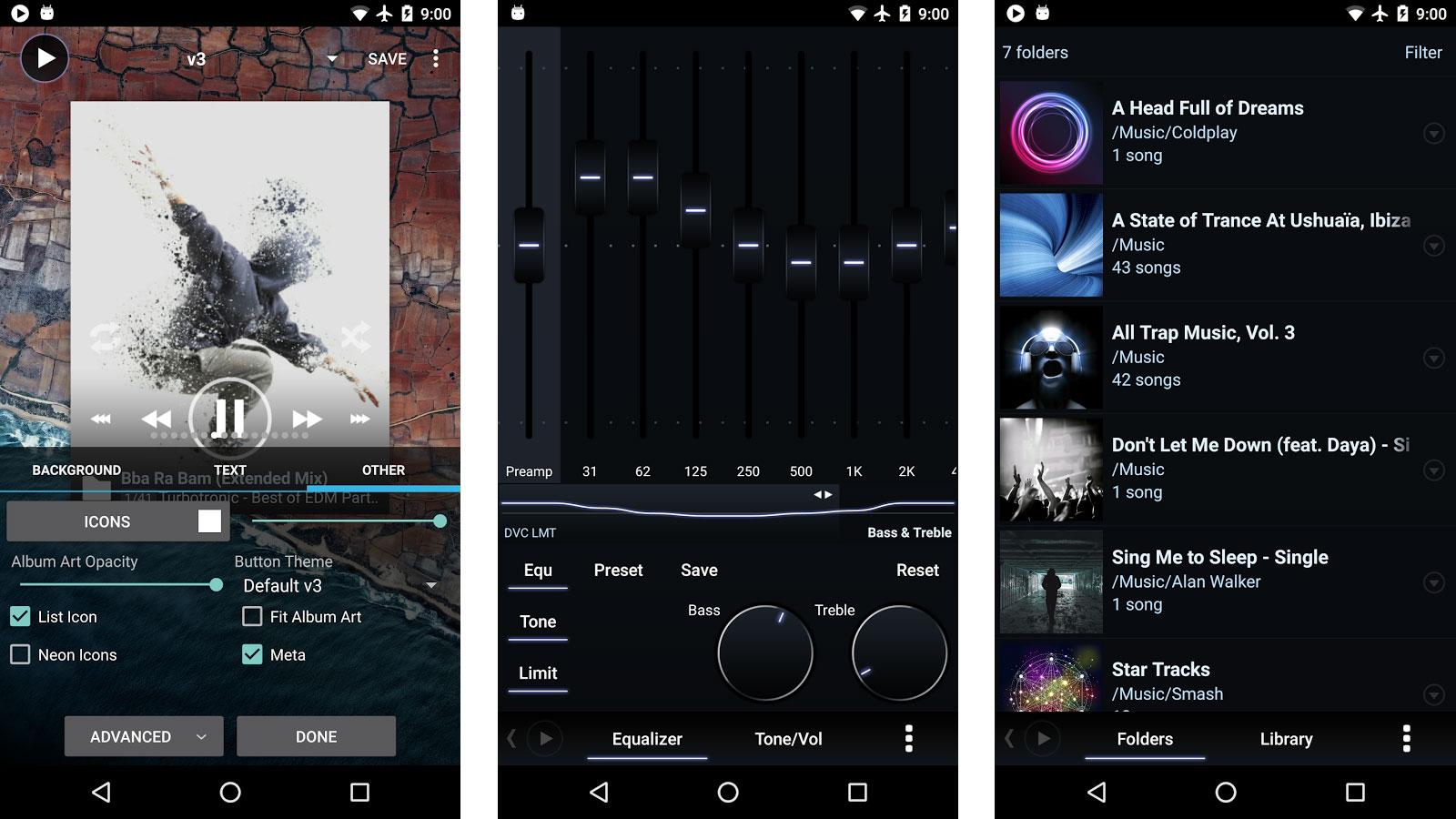 Poweramp is the music player most Android users have chosen if they don’t want their phone’s built-in one. It has a dark interface and you can download others from the Google Play store.

Like any music player, it will sort your music by any tags such as artist, album, genre and it’ll also work with your existing playlists – or should.

There are two versions, a free one (a 15 day trial) and a paid-for one which is the real Poweramp. However, if you’re going to pay for a music player, Poweramp is the one to get. 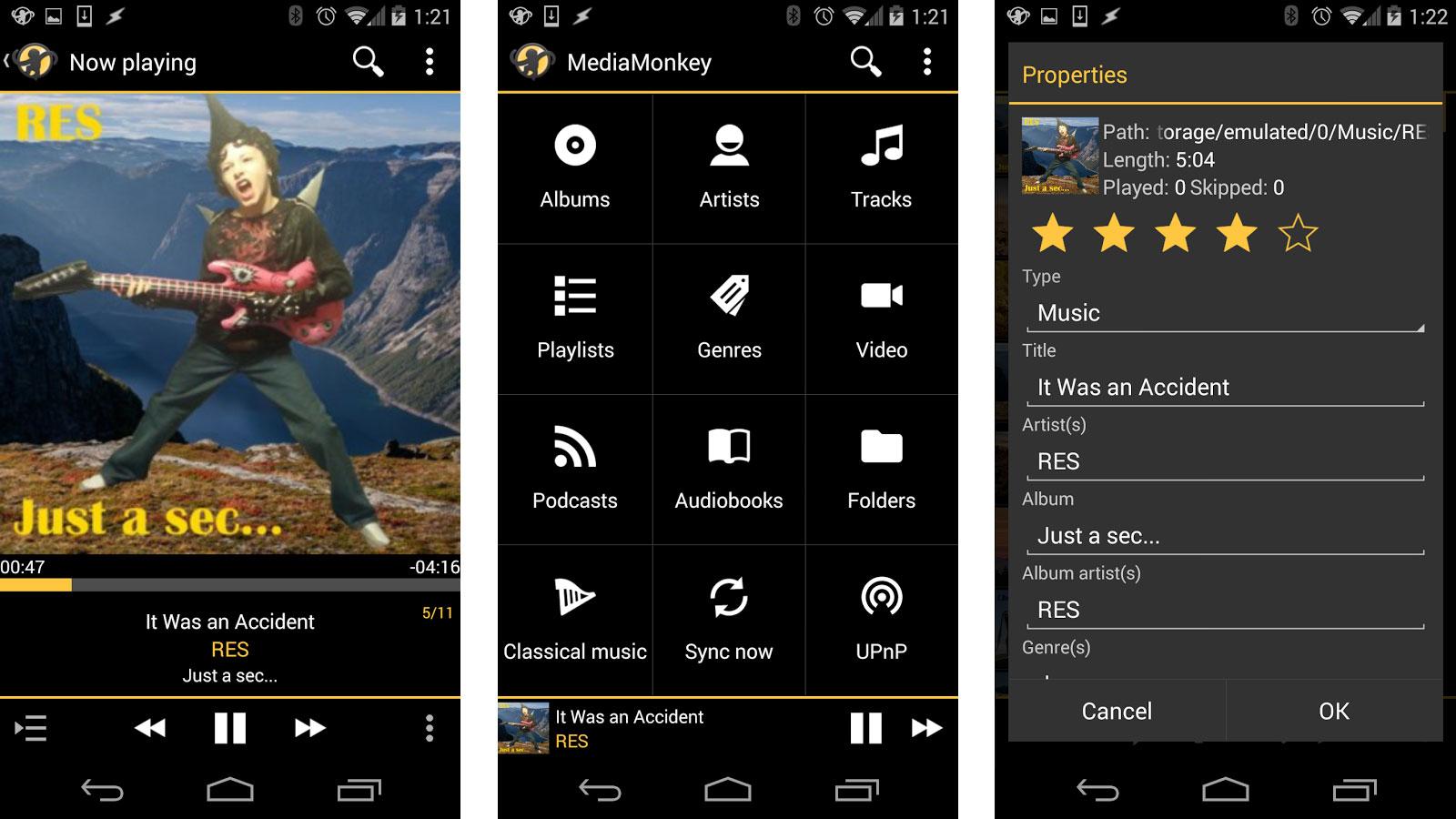 Built for managing and synching large music collections, MediaMonkey offers a few features that might appeal to those that want all the bells and whistles. As well as handling your music, it also works with audiobooks, podcasts and videos.

It supports Android Auto and casting so you can stream to a Chromecast (or Google Cast speakers).

There are  free and paid-for versions ( MediaMonkey Pro). However, the free version isn’t a trial. Instead it has several features walled-off and available for in-app purchase such as Wi-Fi synching with your PC, a UPnP/DLNA add-on and some advanced settings including a folder browser. 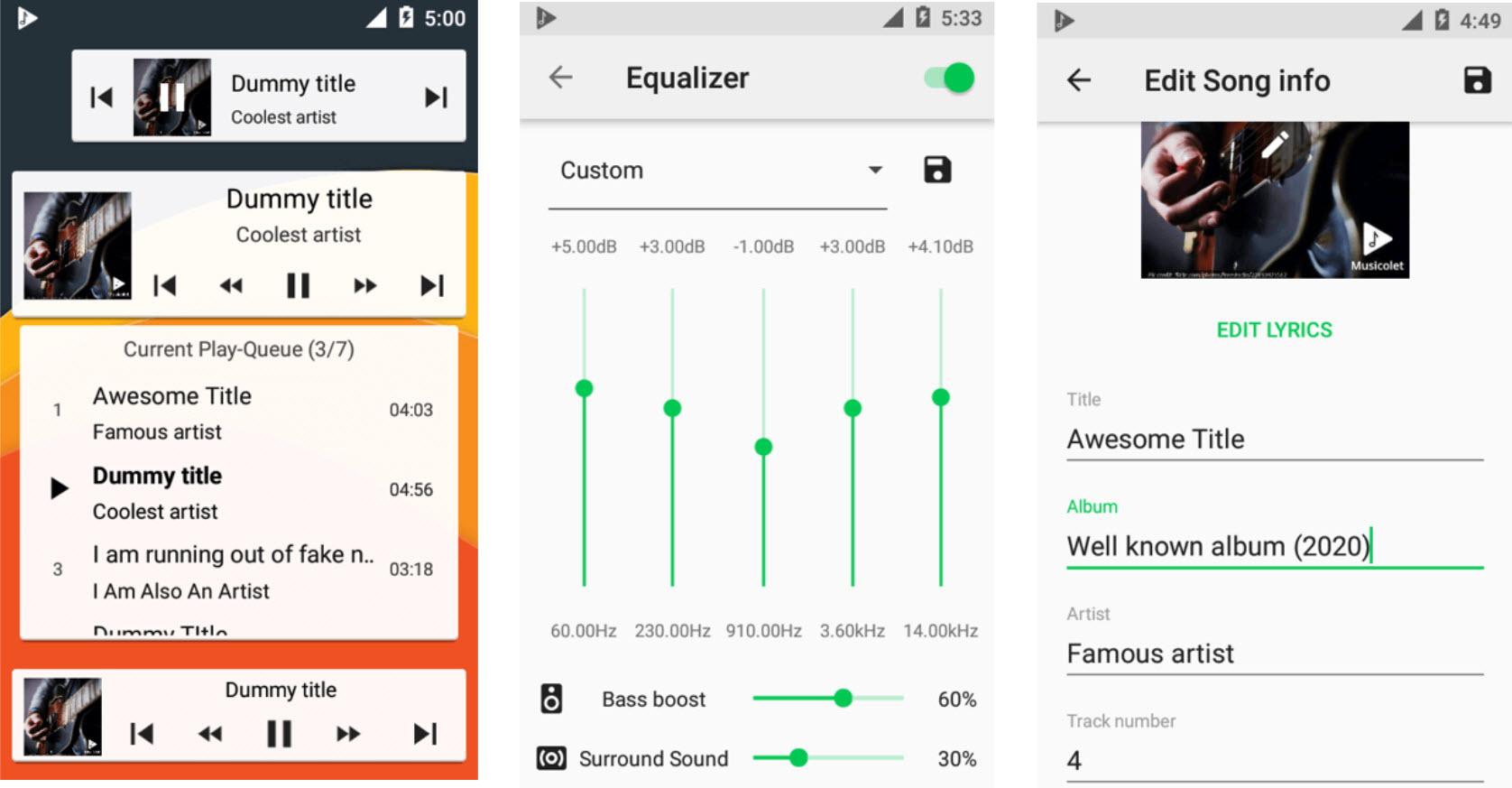 Musicolet bills itself as basically the opposite of MediaMonkey in that it’s a lightweight player with a simple design and no unnecessary features. It’s also completely offline and requires no internet permissions (which means no ads).

It also boasts of being the only Android music player that supports multiple music queues. That means you can be listening to music you’ve queued up while building a separate queue.

In fact, there are a lot of features including a lyrics viewer, folder browsing and a tag editor. You can’t ask for more for free. 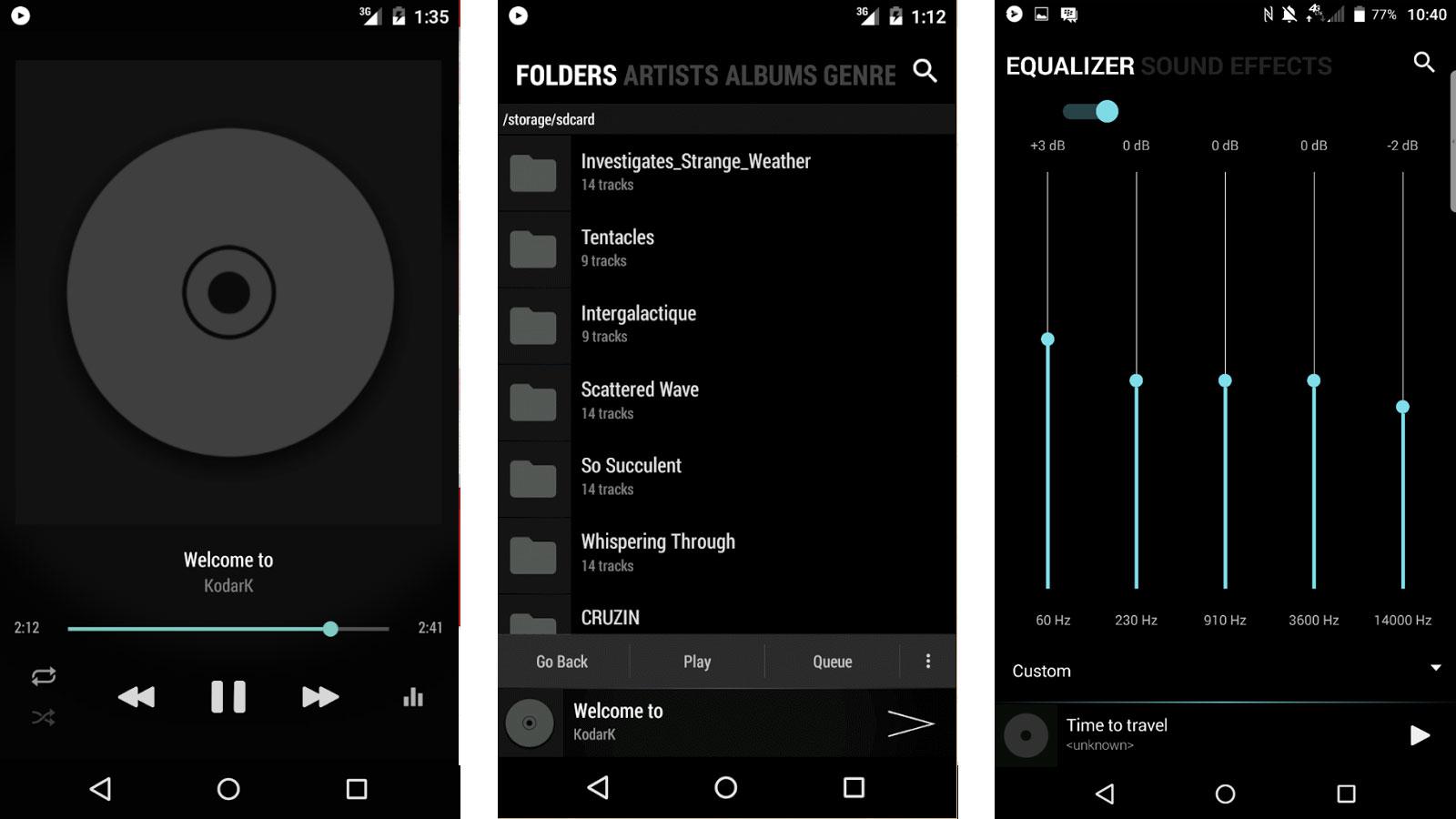 The name gives you a clue about this music player’s interface: it’s black. It’s also clean and simple, yet even the free version has most of the features you’d want.

Those include an equaliser, gapless playback, lyrics viewer, tag editor, customisable themes and a sleep timer.

There are free and paid-for versions of BlackPlayer. Most people will probably find they don’t need all the extra features in the EX version, but if you do want to be able to customise everything from crossfading to the way albums are displayed then it’s only a few pounds or dollars. 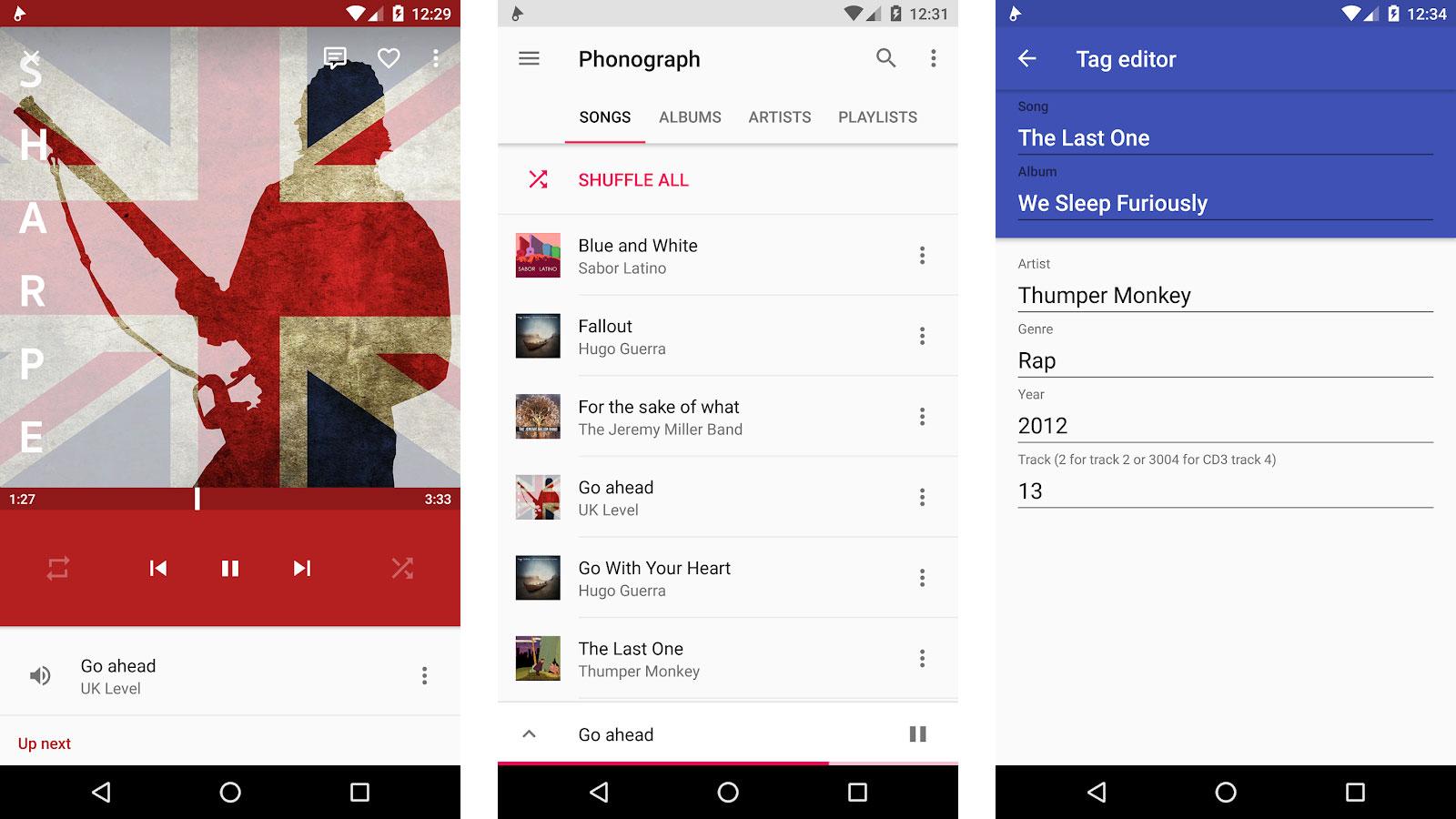 The creators of Phonograph have been careful to follow Google’s material design to the letter. That means this music player looks like a native app (and almost identical to Google Play Music). It also means an easy to use interface that’s instantly familiar. Colours also change dynamically to match album artwork.

It hooks in with Last.fm so you get more information about the artists in your music library and has a built-in tag editor. As you’d expect from any music player it allows you to create and edit playlists.

Some say it runs slowly with really big music libraries, but it’s free and contains no ads.