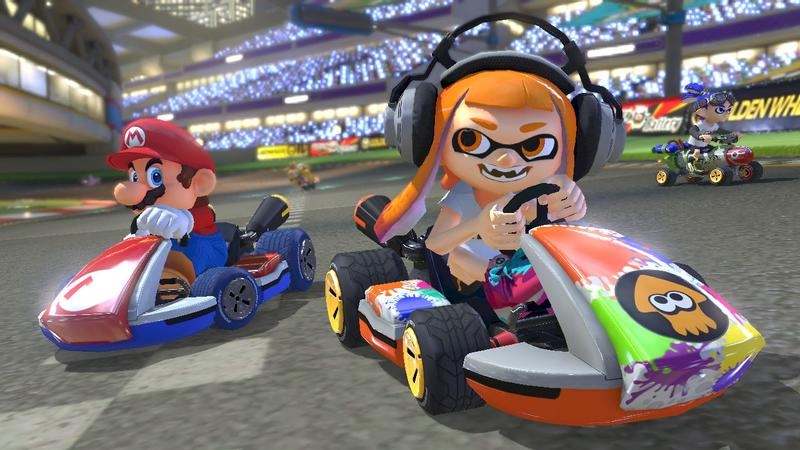 Epic games like The Legend of Zelda: Breath of the Wild are great but a single player experience isn’t always what you want. Without further ado, here are our picks for the best multiplayer games around.

Games have been multiplayer since the very early days – Pong wouldn’t be the same without two players – and there’s so much enjoyment to be had whether you’re playing split-screen in the living room or pwning someone thousands of miles away over the internet.

Multiplayer games span almost every category of the gaming world. Therefore there are countless to choose from. Here we’ve tried to include a variety across different genres and games suitable for a range of ages across PC, Xbox, PlayStation and Nintendo.

Mad about your favourite game missing from the list? It might be included in one of these round-ups:

Easily one of the best multiplayer racing games of all time, Mario Kart is a favourite dating back 25 glorious years.

We’re picking up-to-date games here so Mario Kart 8 Deluxe is the most recent but you could pick almost any from the franchise and won’t be disappointed. Mario Kart 64 is one of our favourite games of all time.

Deluxe plays really nicely on the Switch and the console means you can play multiplayer anywhere, on one console or more. As well as endless hours of racing fun, the Battle mode has been fixed from Mario Kart 8 with classic arena style.

With 35 million players (as of October 2017), Overwatch can hardly be left out of this round-up.

Bizzard has nailed it with this online-only FPS which just keeps us going back for more, and not just for the loot boxes. Not only does the game look great, but it’s easy to pick-up and compared to a lot of online games the players are overall pretty friendly which makes a nice change.

Even if you’re not used to first person shooters, Blizzard makes the game accessible with a wide range of different heroes so you’re bound to find a few that suit your style of play. There are also plenty of different game modes and Blizzard keeps things fresh with regular updates of new content.

Destiny was the first game to popularise the MMOFPS format, pairing action-packed shooting with an ongoing online world packed with other players. The first game was fun but flawed, but luckily the sequel is an improvement in almost every way.

You can play through the whole story alone, but it’s more fun in co-op – you can team up with up to two other players for any of the campaign missions, in addition to the patrols, adventures, and public events littered across the game worlds.

That’s not even getting into the endgame Strikes or the Raid, which allows teams of up to six. Then there’s the Crucible’s 4v4 competitive multiplayer, the regular special events, and the expansive clan features that give extra gear to players willing to work together. This one could keep you busy for a while.

As far as online multiplayer games go, it doesn’t get much more spectacular than Battlefield 1. Previous games in the series have been great but EA has surpassed itself with this corker.

It might be overwhelming at first but you can play online with up to 64 people in total in a range of different modes. Conquest is standard but there are loads of others including the fun War Pigeons mode where you need to capture a pigeon then prepare a message calling for artillery reinforcement.

Similar to Overwatch, there are a number of different infantry classes to choose from and you can also customise your weapons and kit so suit your style.

A round-up like this wouldn’t be complete with a football game and FIFA 18 is our button bashing, bragging rights, controller throwing pick for footy fans.

FIFA 18 is a genuine improvement in multiplayer gaming though, with added attacking flair for the forwards meaning end to end action every time.

Crossing requires a little more skill and penalties are still infuriating to take, but with every team and player in the world’s major leagues, it’s still our pick over Pro Evo. Plus the graphics in cut scenes of all your favourite players is amazing and adds to the fun.

Sometimes online gaming can be a little too intense, especially if you’re new to a game and it takes a while to get good.

Games like Splatoon 2 offer a very different experience with a much more casual approach where just about anyone can pick it up quickly. In a nutshell, the idea is that two teams throw paint everywhere around a map and the most coverage wins.

It’s simple and effective producing bucket loads of fun, including a choice of weapons. We also love the new Salmon Run mode which is co-op for up to four players. With the Nintendo Switch you can play online or between multiple consoles locally.

Rocket League might be a little bit old now but it’s still huge amounts of fun. Somehow, throwing tiny jet-powered remote control cars around an arena at a giant football doesn’t seem to get old.

Like a lot of games, content updates have been a big part of keeping players coming back. Psyonix has added plenty of new arenas and car customisations as well as new modes, too.

Rumble brought along pretty fun weapons and Hoops meant you could try your hand at a basketball style game. Sony might be holding off, but cross-platform play is also a big lure for a multiplayer game.