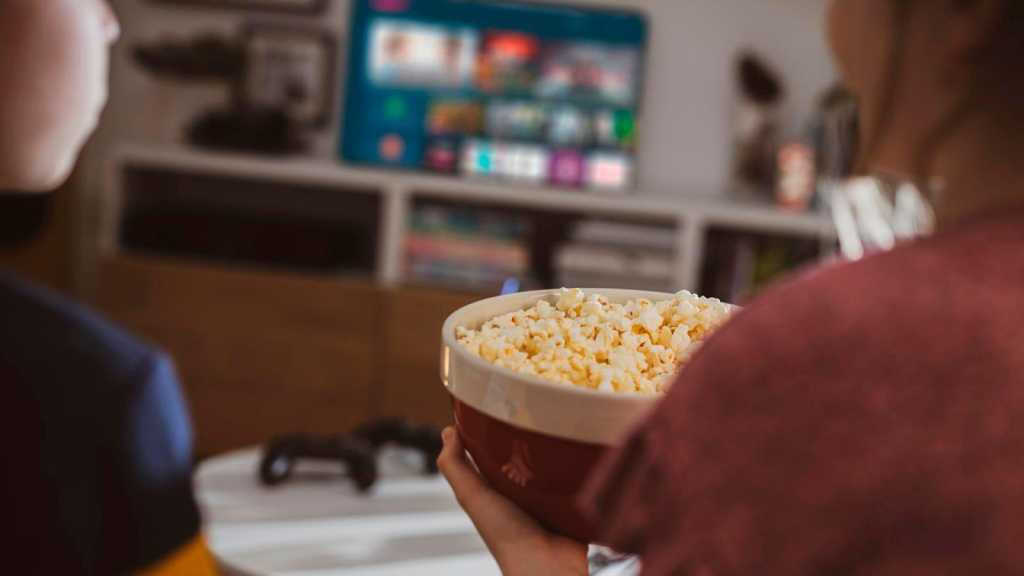 When it comes to subscription services for streaming TV and movies, you might think that Netflix and Amazon Prime have it locked down. In reality, there’s more competition out there than you might think – we’ve rounded up some of the best streaming platforms here – and one of the top picks is Now.

The Cinema membership offers just what it sounds like – the best movies Sky Cinema has to offer – and we’ve done our best to pick our favourites here.

In case you didn’t know, the Now Cinema membership costs £9.99 per month, and it’s worth pointing out that it’s separate from the TV membership, so you only get access to the films, which means it is pretty expensive if you want access to both. However, if you’re still interested check out our top picks of shows on Now.

There are more than a thousand films included in the Sky Cinema membership right now, so ranking our top picks obviously meant missing out on some favourites. It’s also worth remembering that one of the best things about the membership is that it offers far more of the biggest recent blockbusters than Netflix or Amazon do, so it’s arguably the best streaming service for watching new movies.

Watch The Shawshank Redemption on Now

There are a handful of films that you’ll always remember as masterpieces, and The Shawshank Redemption is one of them.

Based on a novella by Stephen King, the film follows two men who are imprisoned over a number of years who bond over their shared experiences in confinement. Bank Merchant Andy Dufresne has been convicted of the murder of his wife, whilst longtime convict “Red” is influential in what happens inside the prison walls.

A fair warning – this isn’t exactly a casual watch. Bring tissues, and prepare yourself.

Gregory Peck and Audrey Hepburn star in the quintessential rom-com, as an odd couple who fall in love on the streets of Rome – except she’s a European princess trying to hide her identity, and he’s a journalist who’s seen through the ruse and is hoping to use her for a story.

Naturally, things are never that simple, and Peck’s character just has to go and develop feelings – this wouldn’t be a rom-com otherwise, we suppose – but Roman Holiday doesn’t fit too neatly into all the familiar boxes otherwise.

It’s also a beautiful love letter to Rome in the ’60s, the sort of film that leaves you absent-mindedly checking flight prices five minutes after it’s over – don’t say we didn’t warn you.

Watch School of Rock on Now

Arguably Jack Black’s most iconic role is in School of Rock. Black plays Dewey Finn, an aspiring rockstar. When Finn is short on money, he poses as a substitute teacher to bring in some cash.

Along the way, he discovers that his students have musical talent, and so he starts to turn them into a rock band (plus crew). However, they must keep the whole affair a secret from the posh private school teachers and parents.

This film is pure joy, and the kickass music certainly helps.

Both the first and second movies in the Paddington franchise are available on Now, but the second is a true standout. Not only does it feature a heart-warming story (that will make you cry), but it also has Hugh Grant playing one of the most outlandish roles ever with Phoenix Buchanan.

Paddington is determined to get his hands on a one-of-a-king handmade pop-up book of London for his Aunt Lucy. However, in true Paddington fashion, things don’t go according to plan.

There’s prison breakouts, musical numbers and train chases – what more could you want?

Watch The Suicide Squad on Now

James Gunn’s adaptation of The Suicide Squad is everything that the first film should have been, in which a team of villains band together for a secret mission for the government. It’s gory, hilarious, shocking and full of action.

The Suicide Squad features returning DC stars such as Margot Robbie alongside new faces such as Idris Elba and John Cena – and everyone has their chance to shine.

We couldn’t have a list of the best movies on Now and not include the infamous director’s cut of the 2017 superhero ensemble, Justice League. Sure, it’s over four hours long and includes many scenes you’ll have seen in the original – but it’s still one of the most ambitious rereleases we’ve ever seen.

Expect a much darker tone than what we saw in the original, as well as some appearances from villains that never made the cut the first time around – including Darkseid and Jared Leto’s Joker.

Every big blockbuster that Christopher Nolan produces if often mind-boggling, and Inception is the top dog when it comes to this genre. Based around the concepts of dreams within dreams, this movie creates worlds where even the impossible is within reach.

Leonardo DiCaprio stars as Dom Cobb, a professional thief who works by entering people’s dreams to steal important information. In order to pull off the ultimate heist, he must plant an idea in someone else’s mind by going deep into their subconscious.

However, he has a big Achilles heel: the memory of his late wife, who often enters his mind unexpectedly.

The teen movie to end all teen movies, Clueless remains unmatched after more than 20 years.

Alicia Silverstone’s wealthy but well-meaning Cher is utterly endearing as she does her best to tutor a new student (Brittany Murphy) in this modern take on Jane Austen’s Emma that transposes the action to a stereotypical American high school.

Keep an eye out for Paul Rudd as the obligatory romantic lead, years before his more recent ripped superheroics as Marvel’s Ant-Man.

The Theory Of Everything

Watch The Theory Of Everything on Now

Got your tissues at the ready? You’ll need them for The Theory Of Everything.

Eddie Redmayne stars as Professor Stephen Hawking – the world-famous physicist. The film follows Hawking’s live starting in the sixties as a Cambridge student, where he falls in love with Jane Wilde (Felicity Jones).

When Stephen discovers he has motor neuron disease as a young adult, he continues to persevere through his illness and make ground-breaking discoveries in his career, with Jane by his side throughout it all.

Indiana Jones and the Raiders of the Lost Ark

Now has all the films in the Indiana Jones film franchise – but if you’re going to watch one then it should be Raiders of the Lost Ark. The film is not only the first in the series, but undoubtedly the best.

And what more could you want? Harrison Ford plays an adventuring archaeologist who explores the world, runs from giant boulders and punches Nazis. Every mission Indie is on leaves him an inch away from death – and it’s amazing to see how he pulls himself out of every sticky situation.

Harry Potter And The Prisoner Of Azkaban

Watch Harry Potter And The Prisoner Of Azkaban on Now

Now has all of the Harry Potter films once again, and the best of the lot is the third instalment – Prison of Azkaban. Harry returns to Hogwarts with his best friends Ron and Hermione, but quickly learns he’s in grave danger, as an escaped convict is after him.

This is one of the few films in the franchise to not have an appearance from He Who Must Not Be Named, but it does include time travel – so it all balances out.

There are so many classic Robin Williams films, but Jumanji is arguably one of the best. Siblings Peter and Judy come across an old board game in a mansion. When they start to play, they discover that the game is alive.

Eventually, after a few turns, they free Alan Parrish – a man who has been stuck in the game for several decades. Now they must find a way to beat Jumanji, and not get sucked into the jungle world themselves.

Watch I Am Legend on Now

Will Smith films don’t always hit the mark, but this 2007 post-apocalyptic story will have you gripping the edge of your seat and choking back a few sobs.

What was marketed as a cancer cure has mutated into an infectious disease that has turned the population into mindless, zombie-like killers. Smith is one of the few survivors, and is continuing his search across the whole of New York for the cure that will save what remains of humanity.