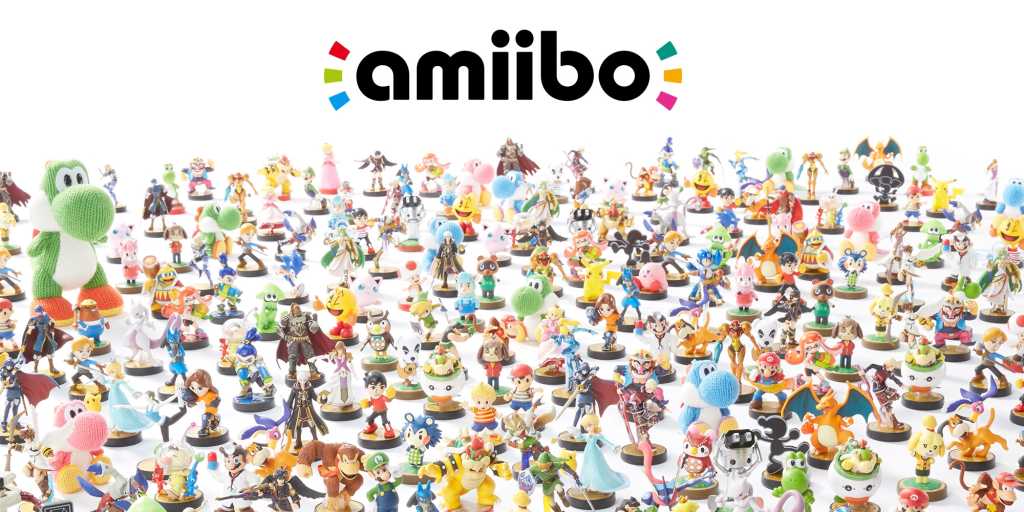 While several companies have tried to capitalise on the interactive figurines made popular by Skylanders, none have succeeded quite like Nintendo, partly because its range of Amiibo figurines works across multiple consoles and games.

Touch an Amiibo to your Switch, Wii U, New 3DS (and XL) or New 2DS XL (there’s a separate Amiibo reader for other 3DS & 2DS consoles) and you can unlock content in games, from costumes and powers to new levels – check out Nintendo’s compatibility guide to find out which Amiibo work with which games.

There are more than 100 Amiibo (and counting), but we’ve rounded up our favourites – we’ve tried to focus on the ones you can still easily buy, but bear in mind that prices will be higher for some of the rarer favourites. 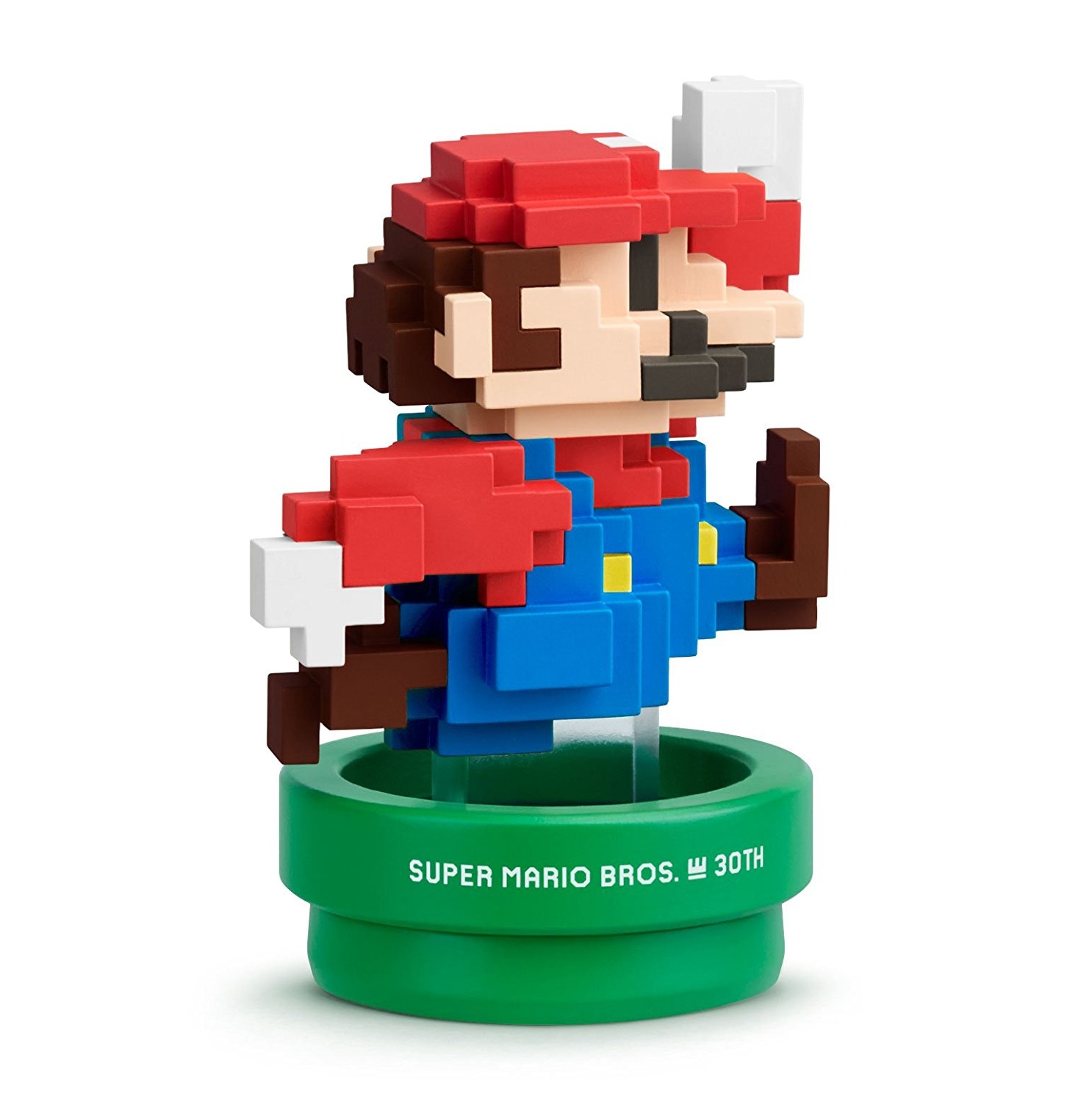 Let’s start with an obvious one. Mario’s 30th anniversary figure is a brilliant 3D reconstruction of his iconic 8-bit look, complete with a green pipe for a base.

We’re fans of this version in his modern blue-and-red, but you can also pick it up with the original, more muted tones. 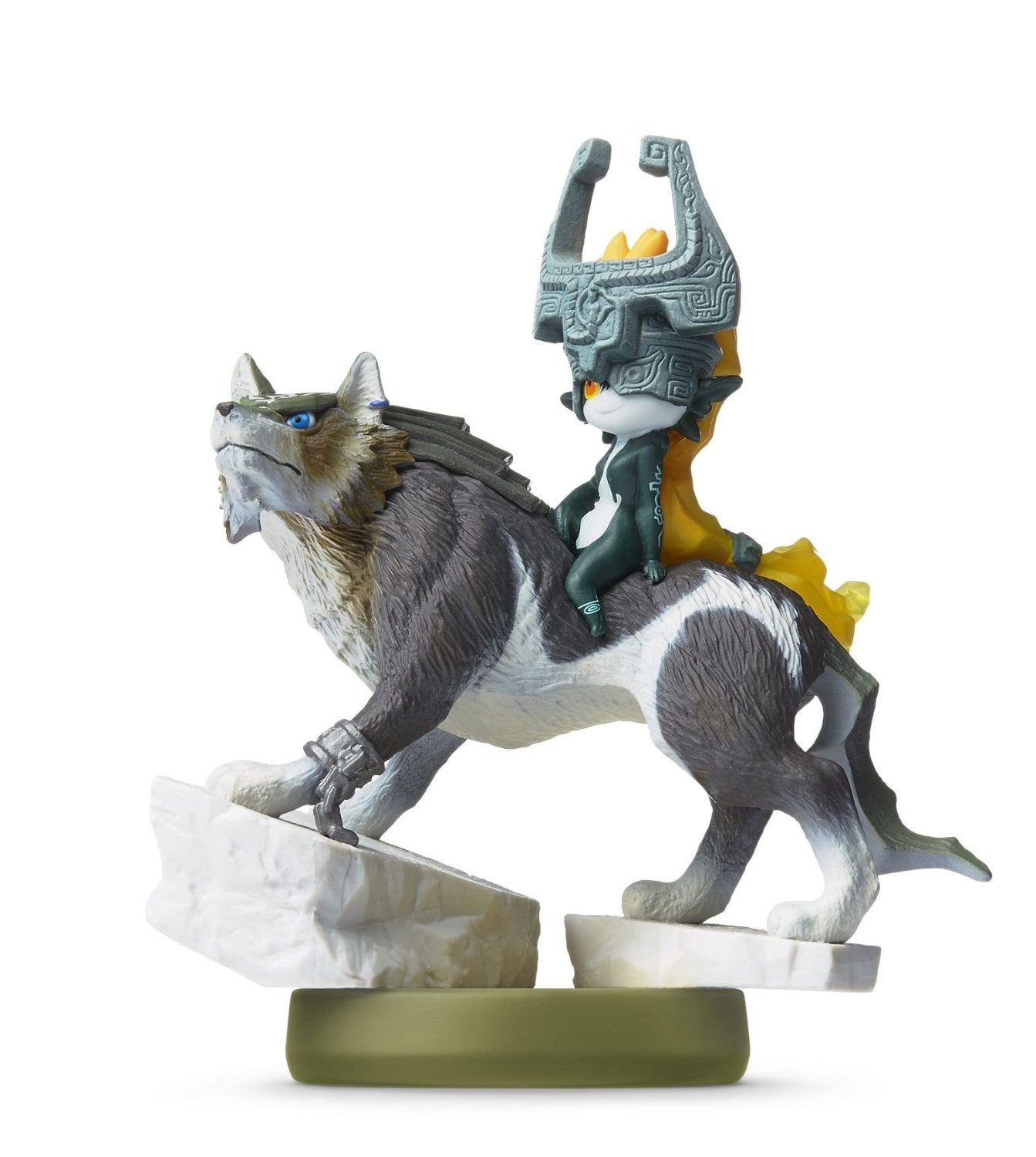 Wolf Link gets in here for a couple reasons. First up, it’s Link. As a wolf! What’s not to love?

It’s also one of the most detailed Amiibo Nintendo has made yet, and includes some of the best game add-ons – a new combat trial in Twilight Princess HD, and a Wolf Link companion in Breath of the Wild. 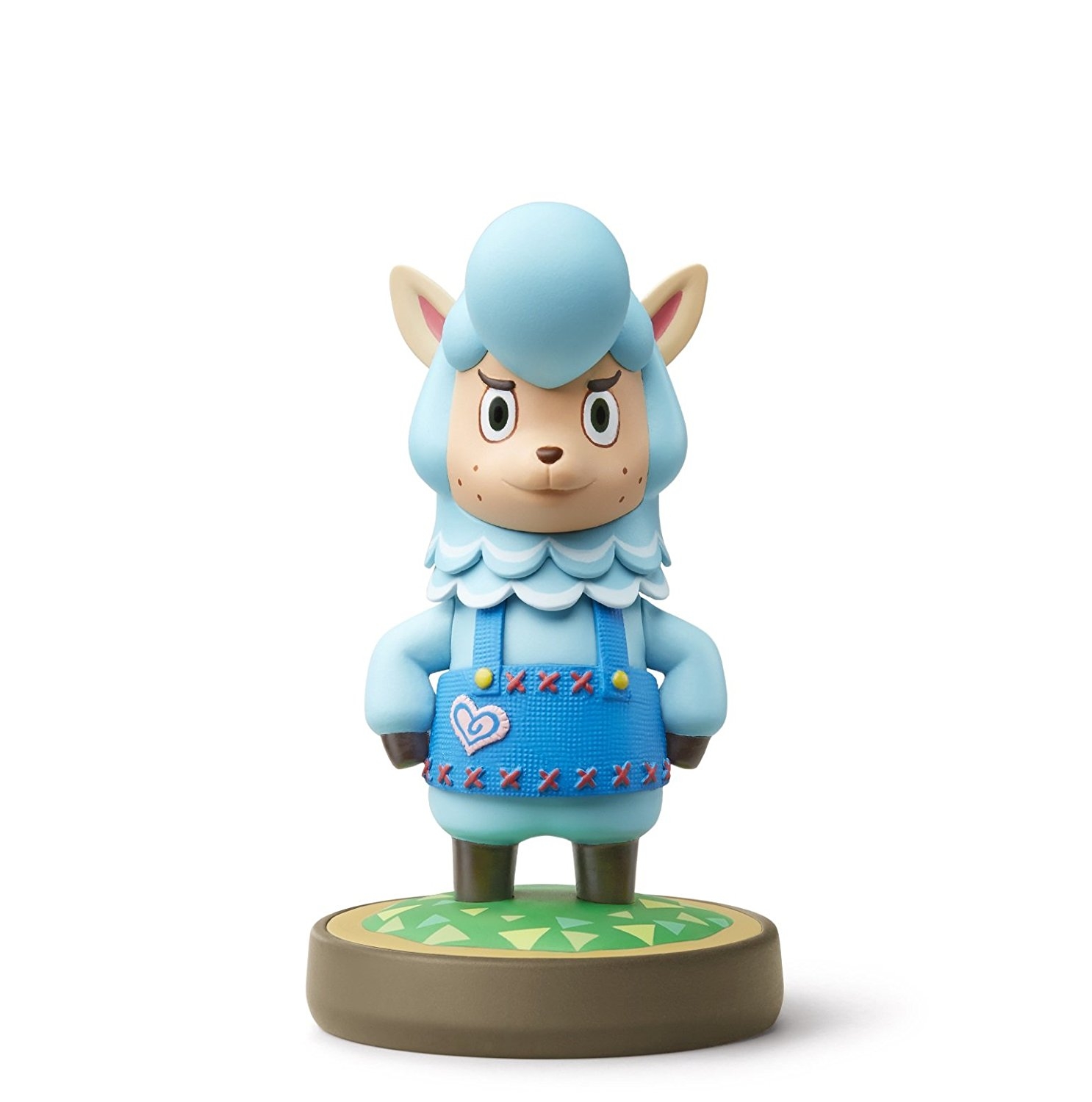 Just look at this guy. You don’t need to be an Animal Crossing fan to recognise that an anthropomorphic blue alpaca would be a welcome addition to any home, a fact Nintendo is so far the only company in the world to recognise. Get on it, Ikea. 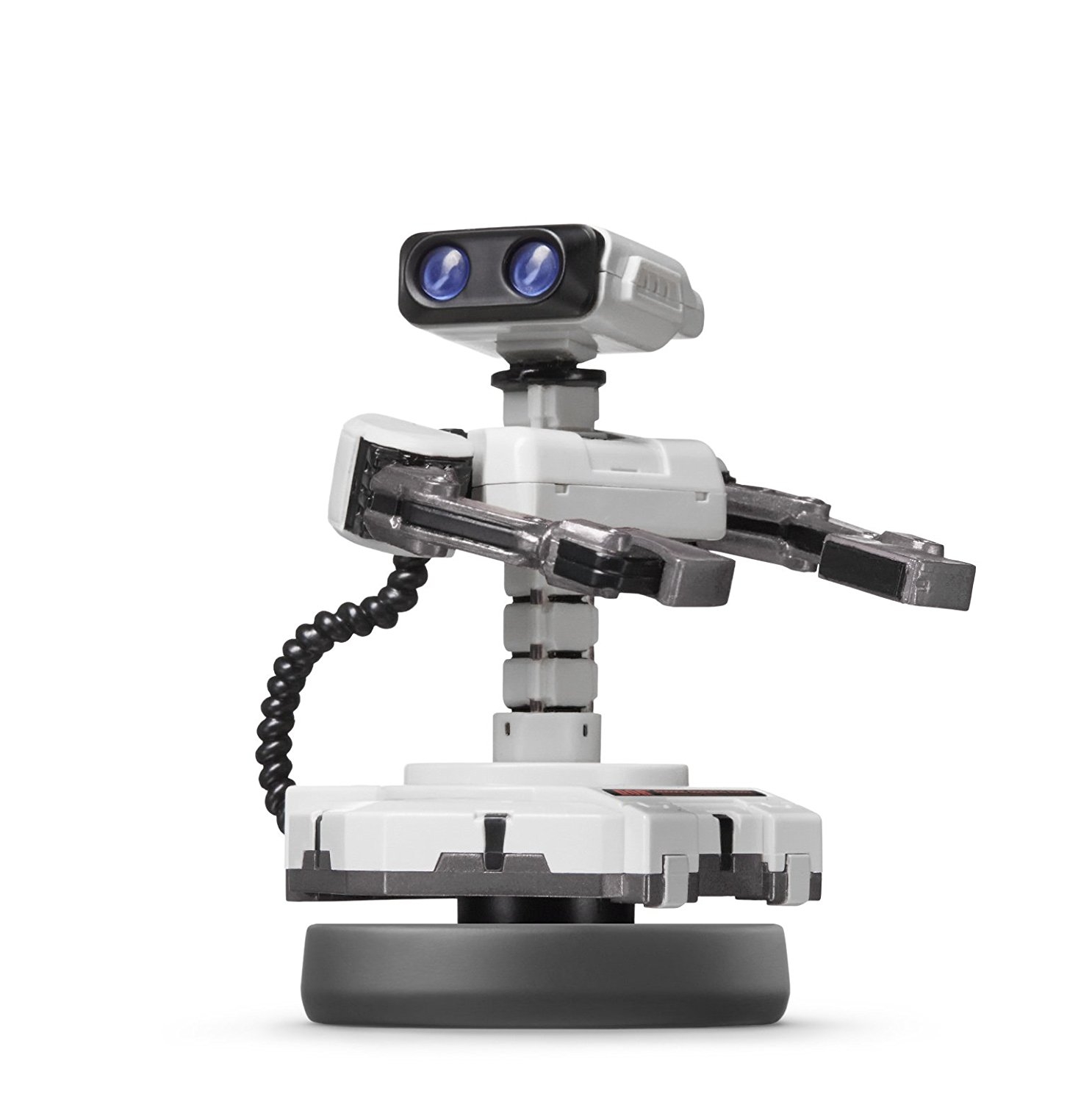 You may best know R.O.B. as a combatant in Super Smash Bros., but he started out as a NES accessory: the Robotic Operating Buddy. Sure, he didn’t really do all that much, but look at this big old eyes and just try to say no. 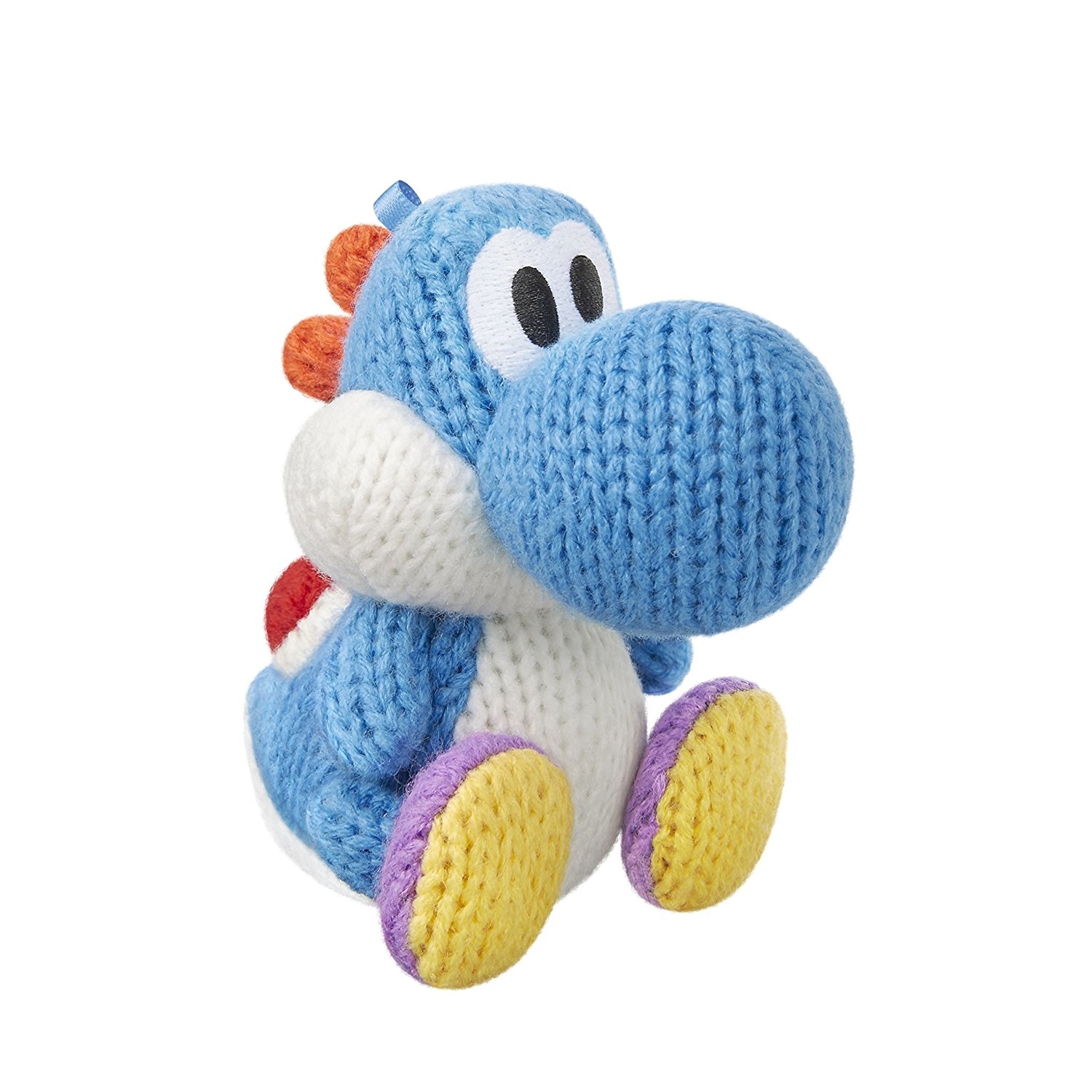 Amiibo are, as a rule, great for looking at but rubbish for hugging. That’s where Yarn Yoshi steps in.

This Yoshi’s Wooly World tie-in comes in three colours (blue, green, and pink), and there’s even a giant-size Mega Yarn Yoshi. We want them all. 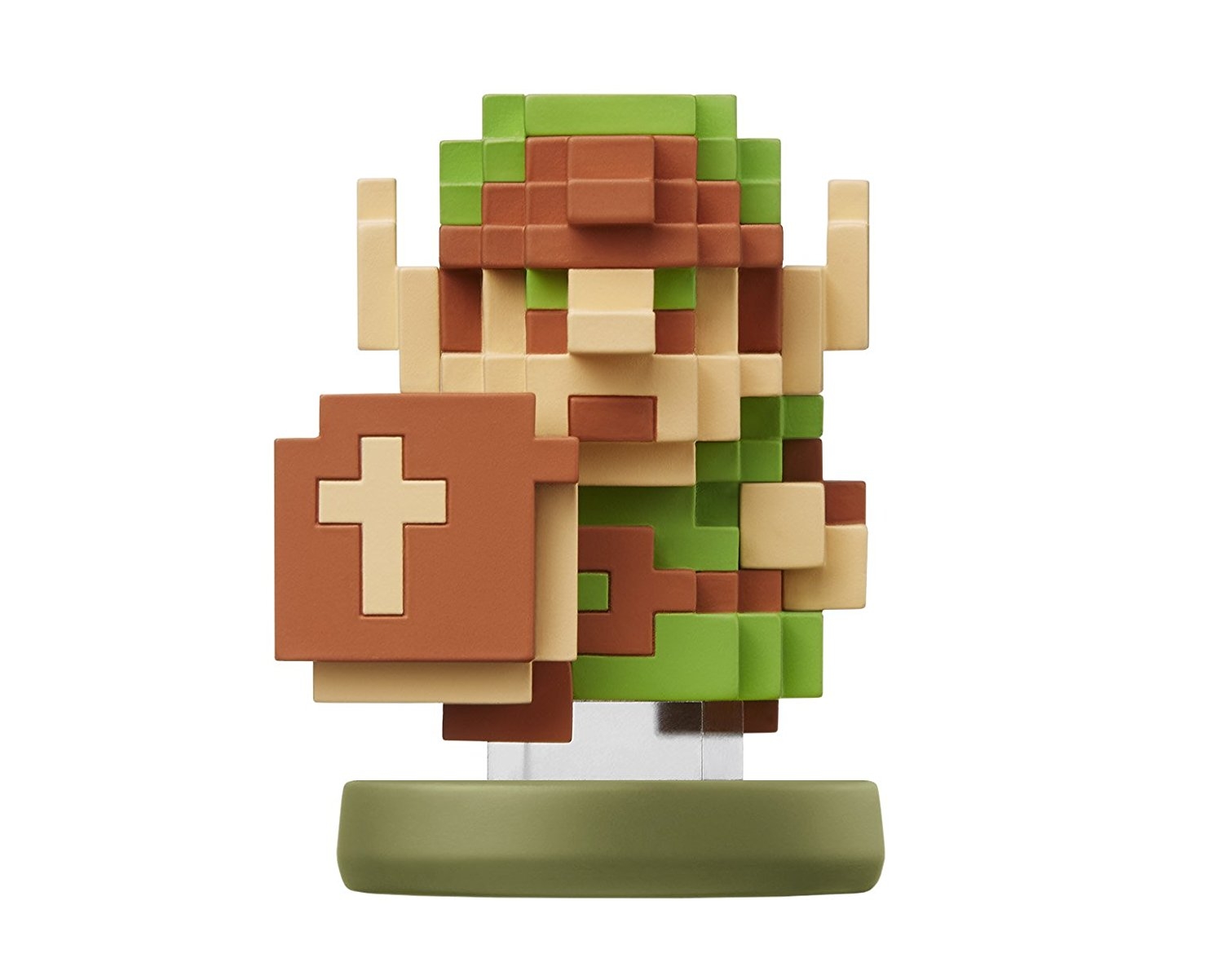 Not to be outdone by his moustachioed rival, Link also got the 8-bit treatment for his 30th anniversary.

And not only does he look totally sweet, he’ll also unlock Link’s original outfit and equipment to use in Breath of the Wild, including his sword. After all, it’s dangerous to go alone. 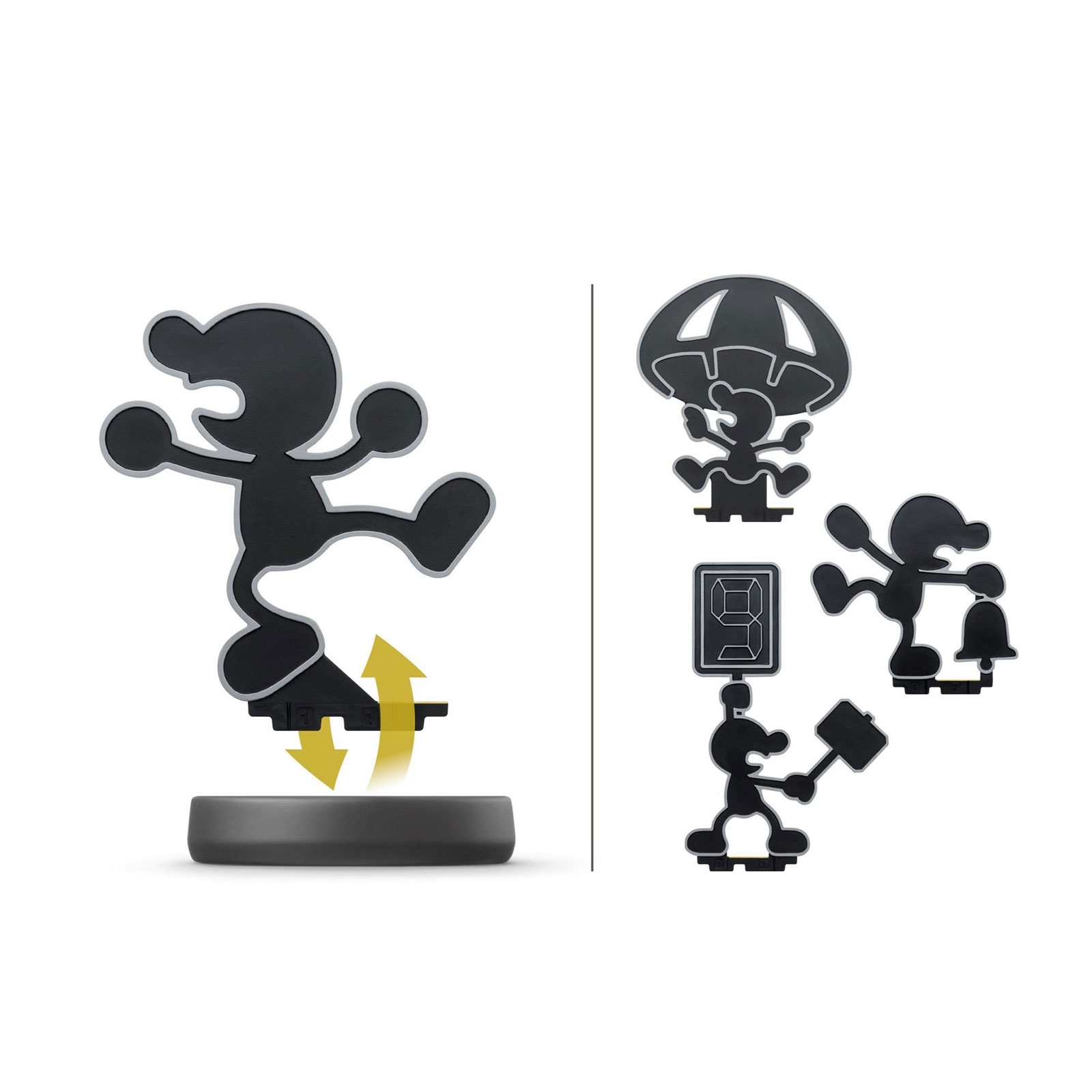 There are four great reasons to grab the Mr. Game & Watch Amiibo, because it includes not one but four different designs. The 2D figurines can be swapped in and out of the base, so you have a Game & Watch for every occasion. 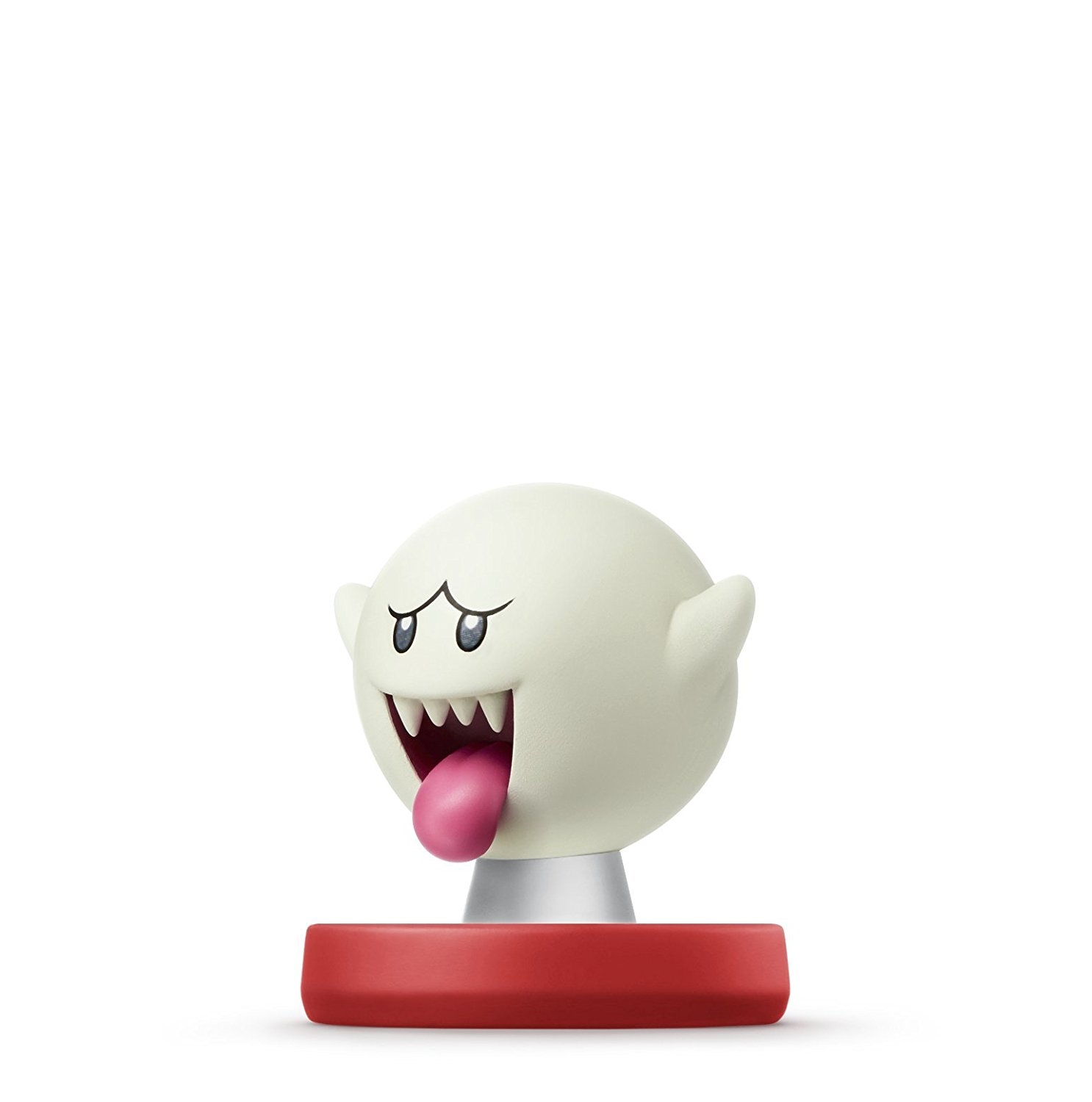 We’re just gonna leave four little words here, and we’re pretty sure that by the time you’re done reading them you’ll be rushing to buy Boo: 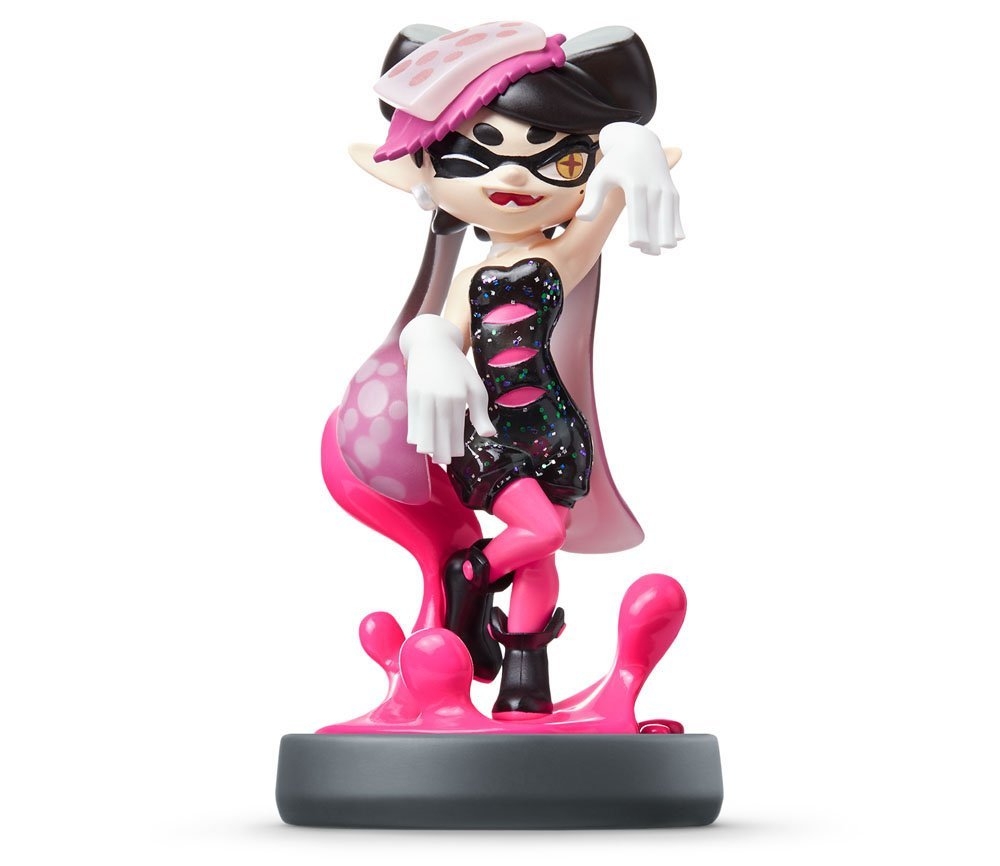 Opinions may vary on the superior Squid Sister (but, uh, it’s obviously Callie you guys), but luckily Nintendo has made Amiibo for both.

You can pick up Callie and Marie separately in the UK, or in a  double pack for the US, and they’ll unlock exclusive performances from Splatoon’s already brilliant soundtrack. 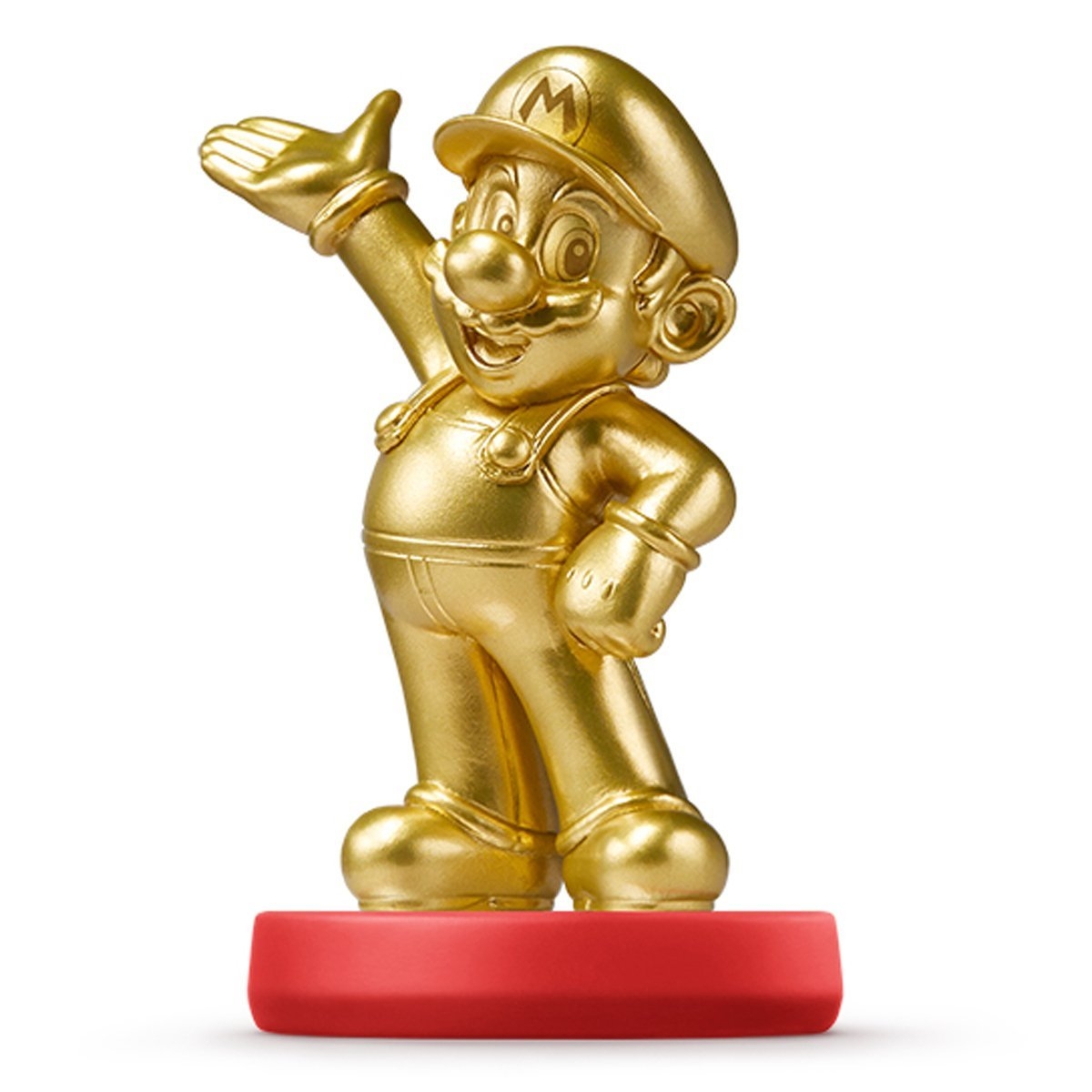 Italy’s favourite plumber has never looked so bling, and we kind of love it. He’s also available in silver, but that sounds suspiciously like second-best to us.

Either way, these are among the rarer Amiibo, so expect to pay a little extra for the privilege. We think it’s probably worth it.