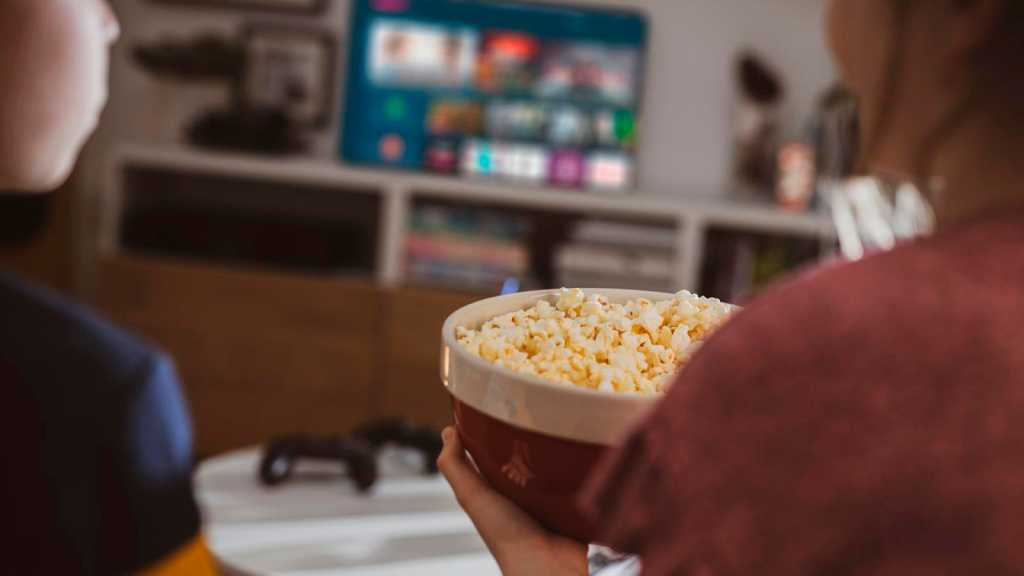 Netflix, Amazon Prime Video and Disney Plus all dominate the streaming world right now with their endless lists of blockbusters, classic series and stellar original content. But whilst they’re great choices if you’re looking for a broad choice of things to watch, you may want to consider looking elsewhere if you have more specific tastes.

From anime to horror, and art house hits to golden era classics, there are streaming subscriptions for just about every interest. We’ve rounded up a selection of some of the best to cater to whatever you fancy.

There are a couple of things that make Mubi unique. First up, the film collection is decidedly high-brow. There’s an emphasis on older movies, though a few modern art house titles make it in too, but everything is critically acclaimed and accompanied by a brief explanation of its importance.

You’d better act fast if you spot something you like though: films only stay on the service for 30 days at a time, with one film removed and another added every single day.

That means there’s always something new for you to watch, while saving you from that uncertainty over how long a film you like will be on Netflix before. It also allows the Mubi team to run curated seasons, offering a few films by the same director over the course of a few days, or exploring certain genres or periods.

A few choice films make it into a permanent lineup, dubbed Mubi Library, which does its best to preserve those curated strands with sections dedicated to specific niche genres or directors.

The lineup definitely isn’t for everyone – if you don’t know your Fassbinder from your Fassbender you might not get the most out of it – but anyone looking to plug the gaps in their film history or try something a little more challenging than Adam Sandler should find something worth watching.

Mubi is available on iOS, Android, and good old-fashioned web browsers, along with Chromecast, FireTV, Apple TV, PS4, and a variety of smart TVs and Blu-ray players. It costs £9.99/$10.99 per month (cheaper if you pay for a full year) and there’s a 7-day free trial.

While we’d never recommend inviting anyone round for a ‘Shudder and chill’, this is definitely one worth looking into for the horror fans out there.

You see, Shudder is devoted to one thing, and one thing only: scaring the hell out of you. Its exhaustive library covers films from around the world and across the decades, unified only by their commitment to exploring cinema’s darker side.

You can browser the full list of films, or sort them into collections. These are mostly by theme or monster (haunted houses, vampires, aliens, etc.) though a few are more specific, like the Italian giallo collection, or the selection of Hammer Horror’s finest.

The modern movies skew towards the low-budget (though there are a few real gems) but the classics here just can’t be beaten: Scanners, The Texas Chainsaw Massacre, Deep Red and more make a Shudder subscription a must-have for any discerning fan of frights.

Crunchyroll is another streaming service that succeeds by focusing on a specific niche: in this case, anime and manga (and a few live action Japanese TV shows on the side).

Anime is the main focus, though its strictly TV rather than films – but the library is absolutely vast, and is updated with episodes with English subtitles shortly (as in, within hours) after they’re first aired in Japan.

You’ll also get access to a huge back catalogue of manga comics, the latest anime news, and an online store if you want to supplement your habit with some merchandise.

The only downside to Crunchyroll’s subscription is just how good the free option is. Free users still get access to most of the anime catalogue, but have to wait a week for new episodes, and have to put up with ads and a max resolution of 480p – but for more casual anime fans, those compromises might well be worth it.

Sure, the name may take liberal inspiration from the BBC’s iPlayer, but the British Film Institute’s streaming platform is a pretty impressive offering in its own right. Unsurprisingly, it’s UK only but US readers might be able to access it with the help of a VPN.

In addition to a pretty typical online rental service, with films both new and old, there’s also BFI Player Plus, a subscription service that gives you limitless access to 300 films.

There’s a mix of old classics with modern indie and arthouse hits, though don’t expect many blockbusters. Films are presented in collections for easy browsing – by director, country, genre, and occasionally more specific themes like ‘great debuts’ or ‘Academy Award winners’.

You also get one film a week picked out by film critic Mark Kermode, with a brief introductory video highlighting why it’s worth watching – his recommendations have ranged from the original ’50s Godzilla through to David Cronenberg’s Dead Ringers.

It’s worth pointing out that joining BFI Player Plus doesn’t give you access to every film on the normal rental service – they have different catalogues – but the library you do get is comprehensive enough that you’re unlikely to mind.

BFI Player Plus is available through a web browser (via Flash) or an iOS app. Android users are encouraged to use a video app called Hook which we couldn’t get to even load up, so we wouldn’t recommend BFI Player Plus if that’s your main platform.

Here’s one for those of us who can name every member of the Kardashian family and detail their latest drama.

Hayu is a streaming subscription devoted exclusively to reality TV for UK viewers, with more than 3,000 hours of televised trash (or guilty pleasures, depending on your perspective).

The Kardashians are here, naturally, along with the Real Housewives of, well, everywhere, and lesser known fare like Below Deck: Mediterranean, Southern Charm, and Sweet Home Oklahoma.

The site also collects exclusive clips and snippets from the shows, and links to all the stars’ social media profiles so you can keep up with the action when each episode ends.

There are iOS and Android apps, as well as the usual web browser and casting support. Hayu costs £4.99 per month, with 30-day free trial.

Whilst many cinemas are battling against streaming platforms in the age of COVID, Showcase are embracing the change in watching habits by creating their own on-demand streaming service.

One of the biggest new releases on the platform include Becoming Rocky: The Birth of a Classic – a documentary about the classic film Rocky narrated by Sylvester Stallone. There are also classics on here such as Monty Python: Life of Brian and Grease.

This platform operates on a ‘buy and rental’ model, meaning that instead of signing up to a monthly subscription, you pick and choose which films you want to see. Rental prices start from £2.99, and and to buy from £7.99. We suggest renting is the best way forward here, as buying multiple movies may set you back a pretty penny.

You can get Showcase at home on your traditional web browser, and as an app for iOS and Android.

If even the fare offered by BFI Player and Mubi is too big-budget for your tastes, you might want to take a look at IndieFlix, which serves up a selection of exclusively independent cinema.

That means things are necessarily low-budget (and quality can be a touch mixed) but you’re usually guaranteed something interesting, and you know you’re supporting upcoming talent, potentially including some of the big Hollywood names of the future.

The other side effect of the independent focus is that a lot of the films on IndieFlix are shorts, so it’s perfect for filling a coffee break, but not always ideal if you’re looking to settle in for a lengthier film. If you know you want a full feature, make sure to filter to ’60min+’ before you start browsing, to save yourself some frustration.

Films aren’t exclusively modern, and there are some great older finds there too – including a few that aren’t so obviously indie (Hitchock’s Psycho seems an odd, if welcome, inclusion).

There’s also a novel feature called QuickPick, which plays a series of 15-second clips to help you find something to watch, paired with a few filters for genre and length.

Arrow has already proved popular in the US, and now the cult-movie streaming platform is available in the UK. The streaming service is best known as being the home to cult and arthouse classics and critically acclaimed TV from all over the world.

There’s also some of the best picks in more alternative genres – including giallo and Asian cinema. The content is pulled from three of the major Arrow labels: Arrow Video, Arrow Academy and Arrow TV.

Some of the titles on there include Danny Darko, The House That Jack Built, Oldboy, Crash, Cinema Paradiso and the Hellraiser trilogy. In addition, every month the service will feature a different line-up of movies from renowned filmmakers.

You can either opt for a monthly subscription for £4.99/$4.99 per month, or £49.99/$49.99 per year. Right now, Arrow is offering 50% off your first three months of a monthly plan using the code ARROWUKLAUNCH at checkout. There’s also a 30-day free trial for all new subscribers.

OK, we admit, this might be a bit of a silly one – but we love it too much to miss it out of our list.

Napflix is a Netflix rival in name only. It doesn’t include the latest blockbusters, it hasn’t got a custom video platform, there’s no app, and it doesn’t even charge a subscription free.

So what does it do? Serve up a curated selection of all of the best video footage to fall asleep to. Essentially, it’s a portal to a range of YouTube videos that are just dull and soothing enough to help you nod off.

You can bore yourself with a masterclass on Klingon grammar, old curling or cricket matches, a crossword tournament, or a documentary about tupperware.

Napflix has even begun making its own Napflix Originals – there’s half an hour of a lake in New York’s Central Park, or a quiet 20-minute train ride.

Whatever you’re into, Napflix has something to bore you to sleep. It’s entirely free, and you can watch it through any web browser.