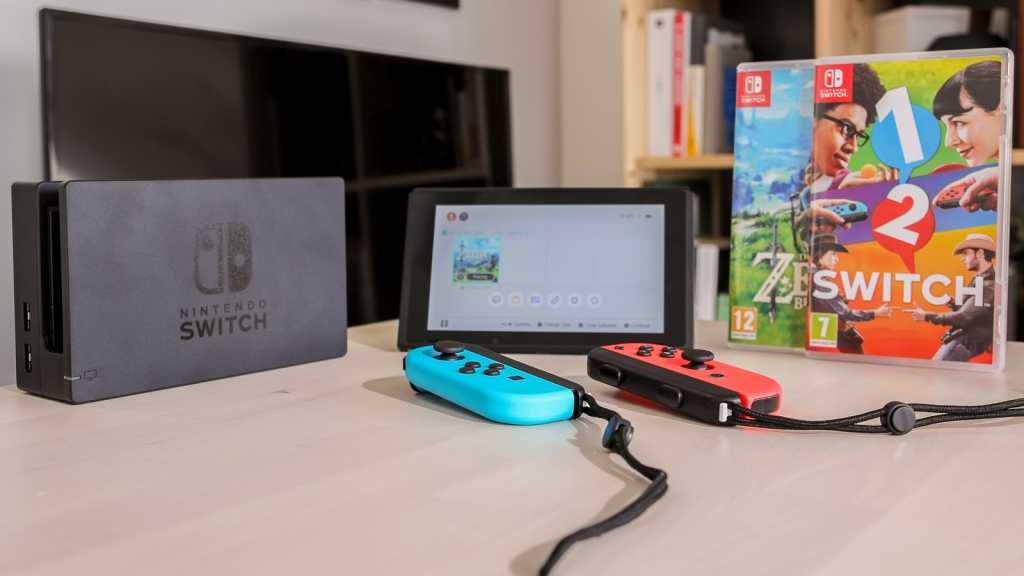 The best thing about the  Nintendo Switch is its versatility. You can play it at home or on the go, on a TV or on its own screen, on your own or with friends, both locally and online. Even when it comes to the controllers, you can play with them attached to the screen, attached to a grip, or used with Nintendo Labo accessories.

You’ve also got the handheld-only Switch Lite for those that don’t care about gaming on the big screen, and the Switch OLED for those that want the best experience possible.

All those options come with the potential for (and arguably need for) a wealth of accessories. Want to play a lengthy action game on the TV at home? You might want the official Pro Controller. Want to play a motion-controlled racing game? Joy-Con wheels could help. Taking the Switch on a trip? Well, you’ll need a portable battery pack to keep you going and a case to keep the console and your game cartridges safe.

Luckily for you, we’ve rounded up the best Switch accessories around to help you find the ones worth buying and make the most of Nintendo’s portable powerhouse. 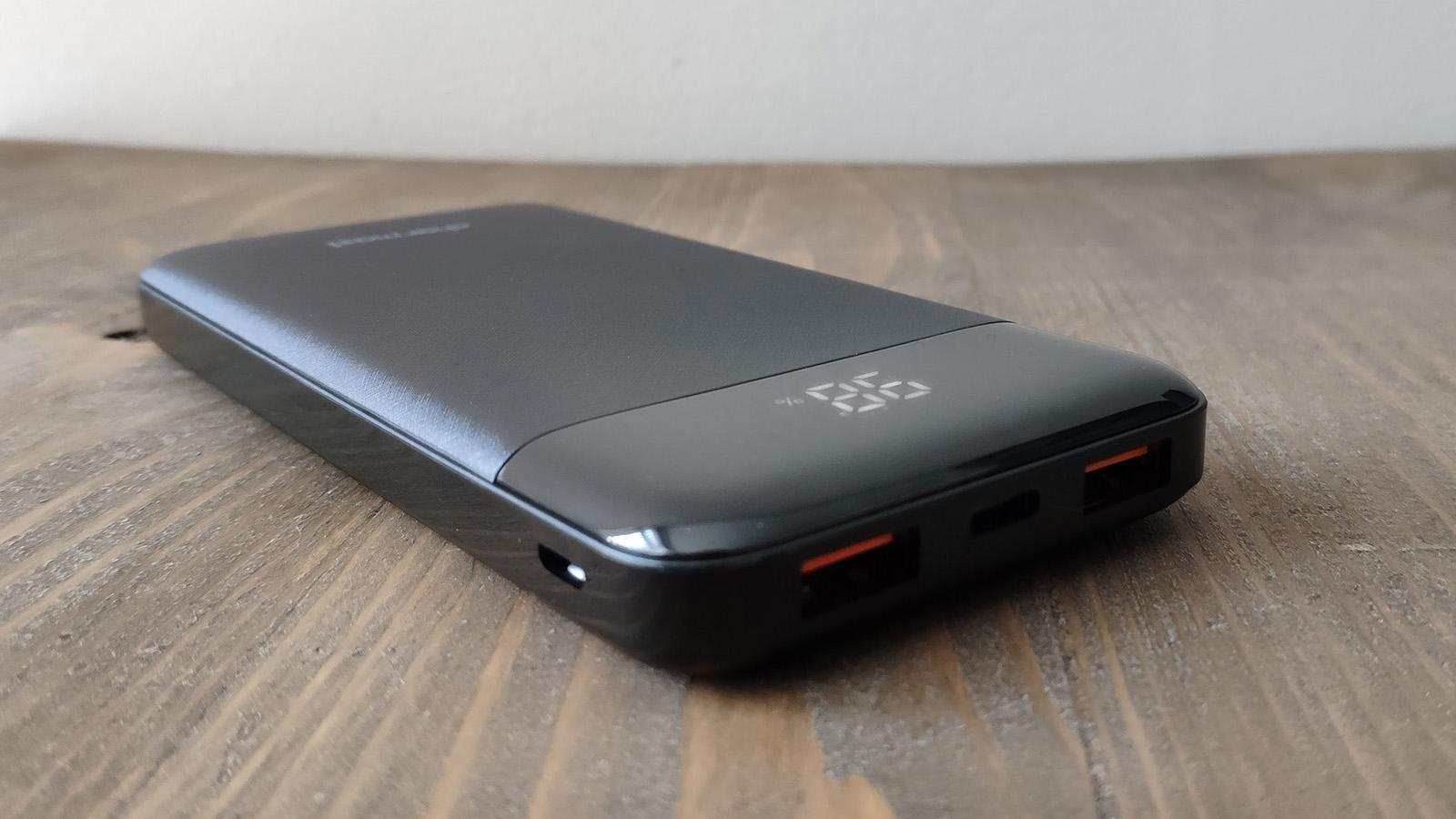 One of the Switch’s undeniably weak points is battery life. We’ve never managed more than three hours of Zelda time while using the system as a portable, which isn’t much good if you’ve got a long flight coming up.

Luckily, Nintendo planned around this by letting the Switch charge via USB-C, which means it’s compatible with a whole range of third-party power banks, some of which hold enough charge to power the Switch’s battery several times over.

One recommendation is the Charmast 10,400mAh power bank, but your preference will depend on capacity, ports, size, and more. 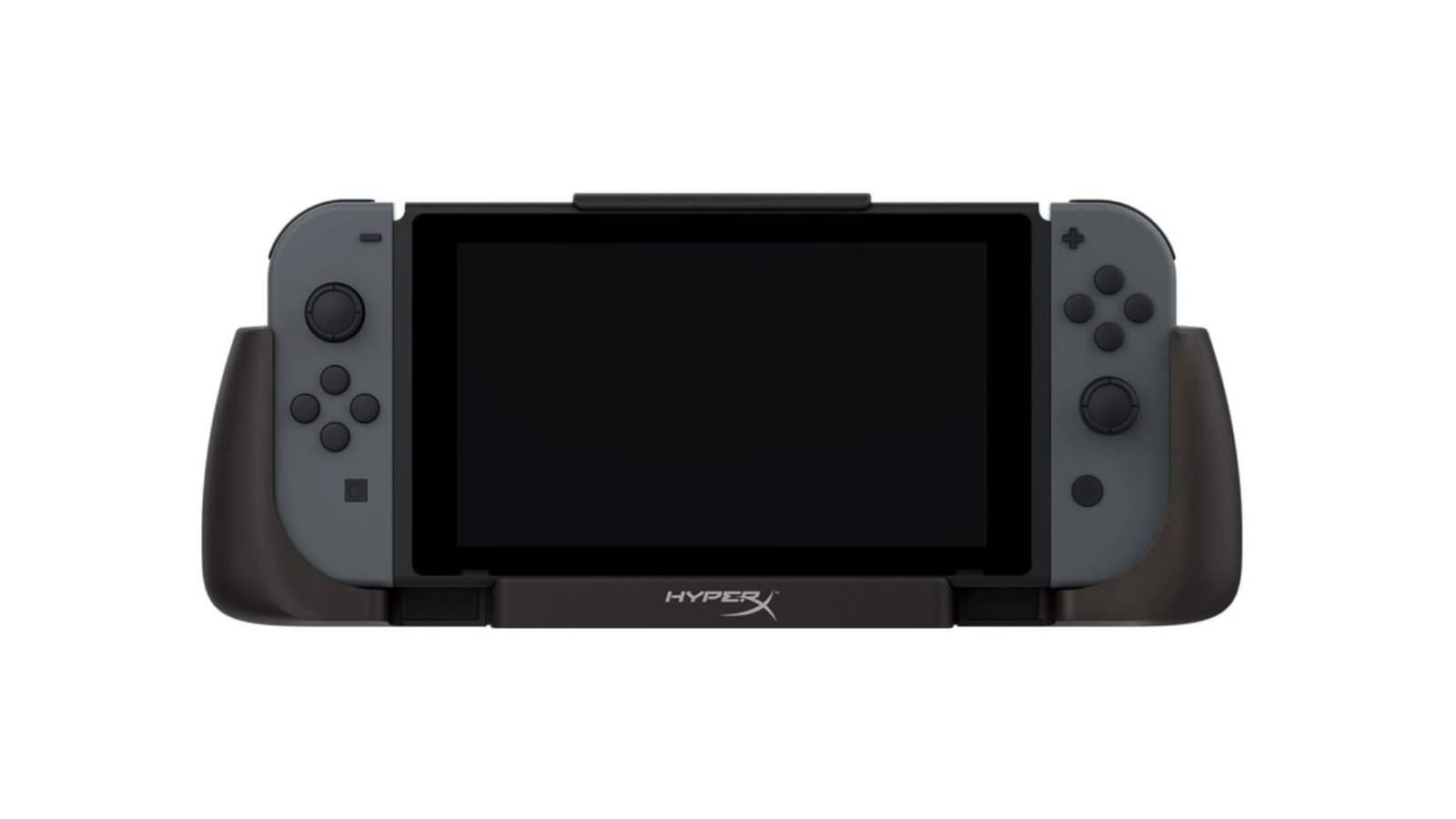 Another solid option is the HyperX ChargePlay Clutch. Like other Switch battery cases, the ChargePlay attaches to the Switch directly, although we must admit the sliding mechanism is smoother than others we’ve used, making it much easier to slot in and remove.

The ChargePlay also features large grips that surround the Joy-Cons, offering better grip when gaming on the go while using the (rather chunky) case. These grips are removable, so you can ditch them if you like, and they also clip together to provide a basic Joy-Con controller (like that provided with the Switch) when not connected to the console.

Crucially, the 6000mAh battery is more than enough to keep your Switch topped when you’re out and about, providing a full charge with some power left over to spare. The only thing ChargePlay is really missing is a kickstand, making tabletop gameplay a risky task. 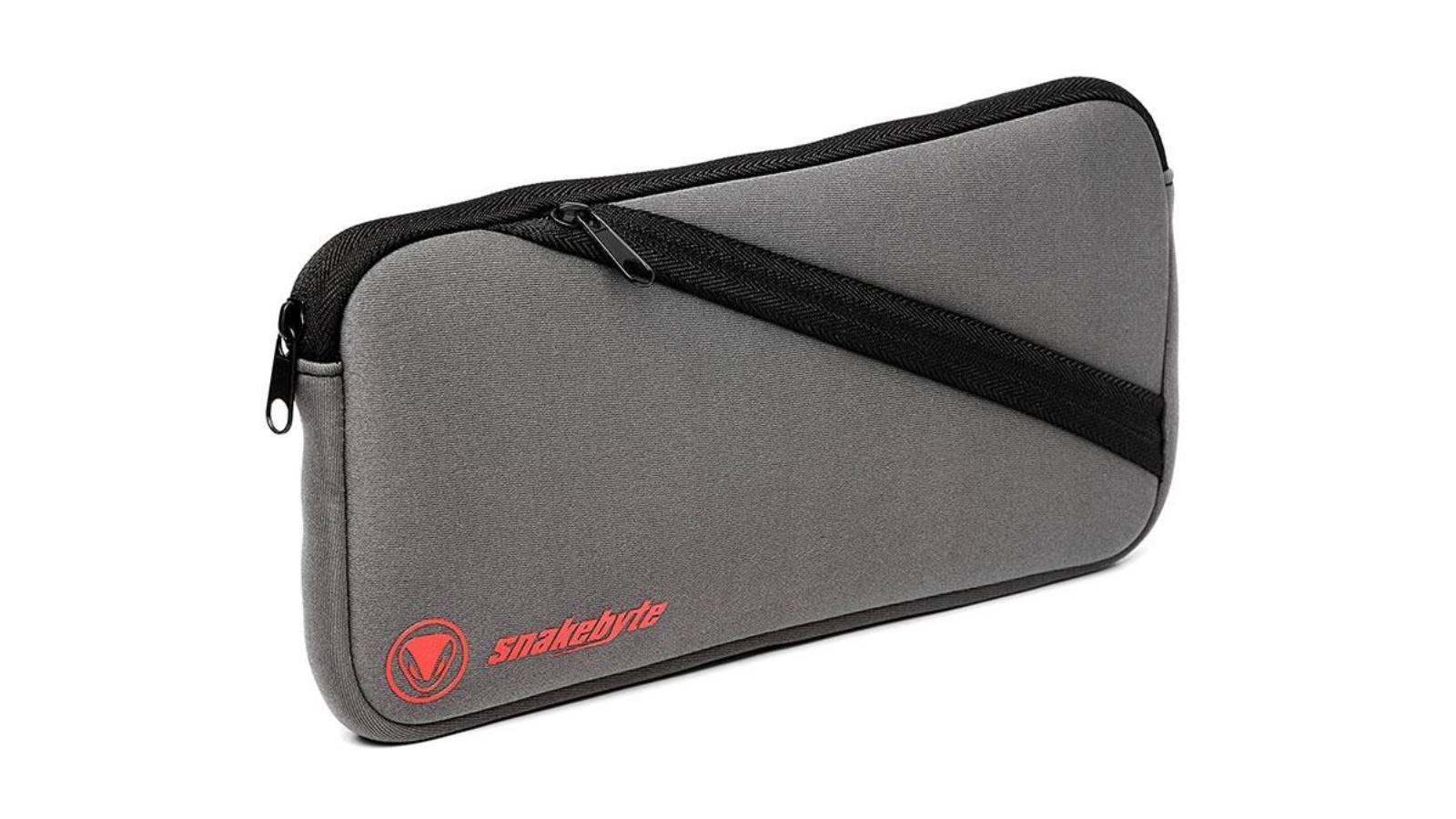 Here’s an accessory that should be a pretty easy sell: a carry case for when you’re using the Switch as a portable.

While the console is designed to be used on the go, Nintendo doesn’t include any sort of protective case as standard. That means that if you want to travel with it, you risk scratching up the screen or damaging it with knocks and falls.

We’re fans of Snakebyte’s soft neoprene Carry: Bag. It’s just the right size to fit the Switch with Joy-Con controllers attached and has a front zip section to store a few game cartridges too. 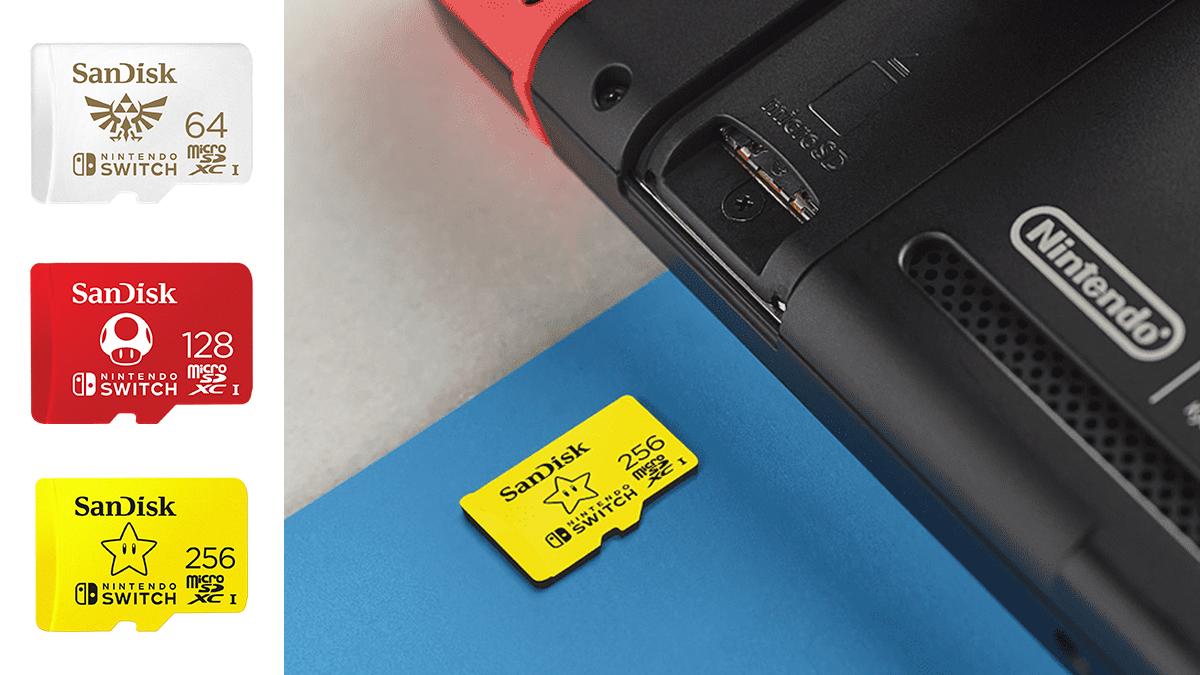 The Switch comes with 32GB of onboard storage, but by the time you include the operating system and your first few games – plus updates – that space can fill out fast. That’s why we recommend picking up a microSD card to expand your storage.

There are all-manner of cards to choose from but SanDisk knows how to make an SD card that Nintendo fans will love. Having nabbed the official Nintendo license, the company offers 64GB, 128GB, 256GB and even 512GB microSDXC cards, coloured and detailed with iconic Nintendo imagery.

We’re particular fans of the red 128GB card, complete with a Super Mushroom front and centre, but the Triforce, a Spiny Shell and a Super Star also feature if you opt for one of the other capacity cards. There’s also an Apex Legends-themed 128GB card if that’s up your street.

All of these cards are also competitively-priced and perfectly fast for your Switch needs, making it easy to take and play more games with you at all times.

Nintendo Pro Controller – A traditional controller for your Switch 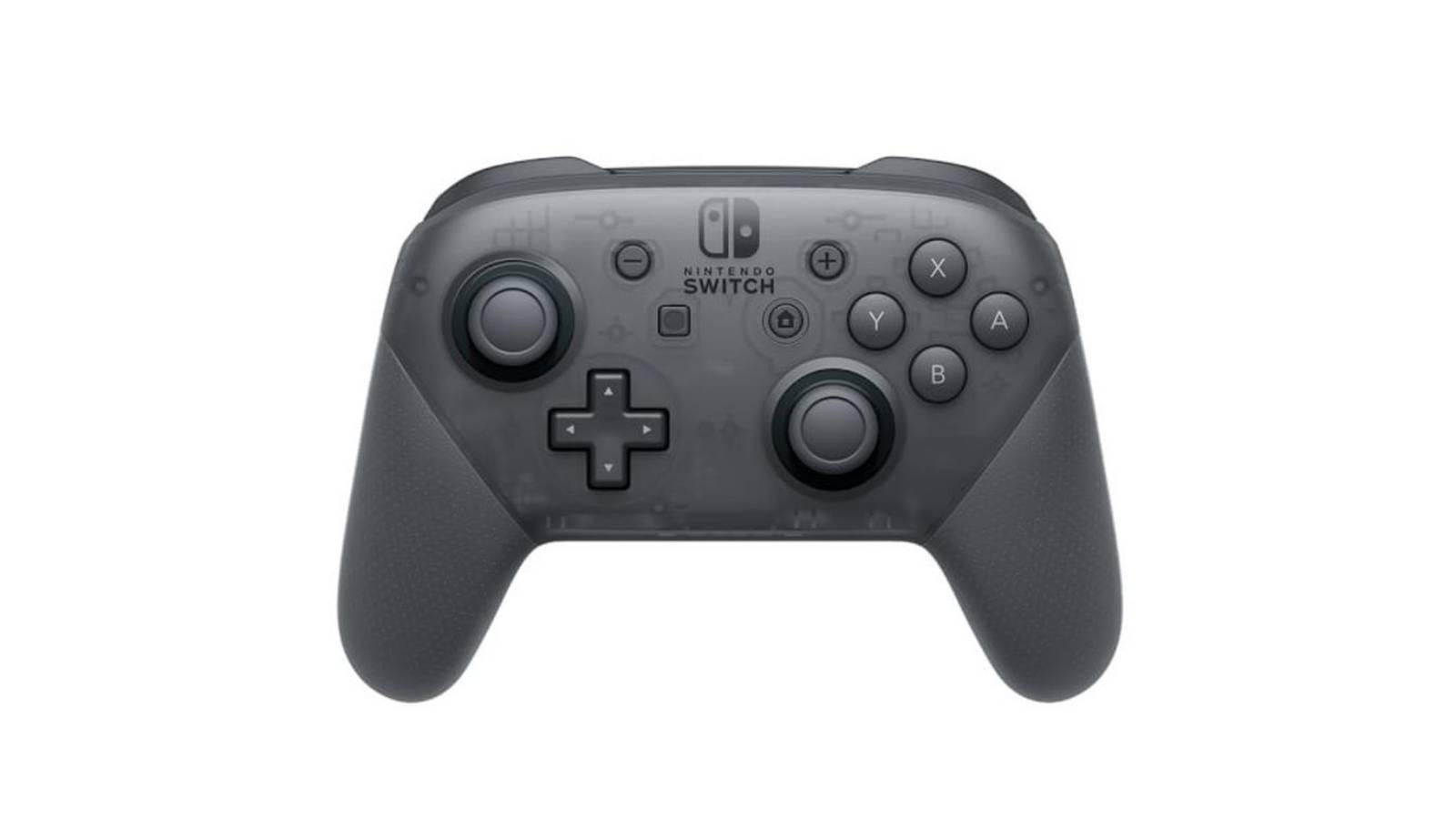 Nintendo’s official Pro Controller is one of the most straightforward Switch accessories around. Its appeal is pretty obvious: it’s a traditional gamepad to use with the otherwise untraditional console.

The Pro Controller is ideal for anyone who finds the Joy-Cons uncomfortable, even with the included grip, and wants to use a pad that’s more similar to both the Xbox One and PS4 controllers – especially for extended sessions.

The price point may seem high just for a gamepad but bear in mind that not only does it include motion controls, HD rumble and Amiibo support, it also has best-in-class 40-hour battery life, and it can connect to a PC or Mac to work with compatible games there too.

For a little bit more, you can also pick up a version with either a Splatoon 2 or Xenoblade Chronicles 2 design. 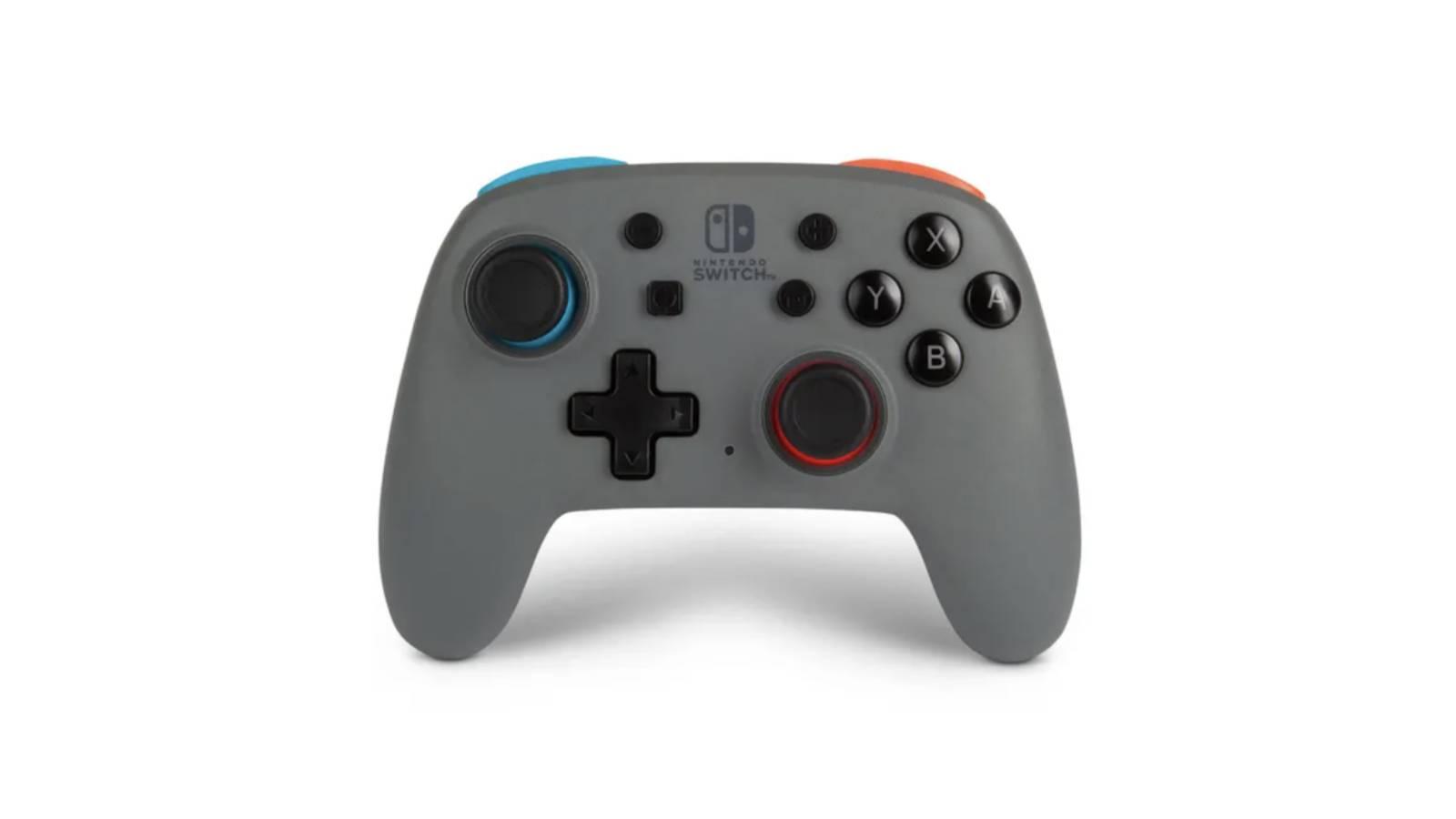 PowerA’s Nano wireless controller for the Switch (and Switch Lite) may look small, but that doesn’t mean it has skimped on features. Sporting the same general design as the official Nintendo Pro controller in a smaller form, the Nano is the perfect controller to chuck into a rucksack – or for those with smaller hands, like kids.

There’s access to all the standard Switch controls, and it even includes support for motion-based controls like the official Joy-Cons, and as an added benefit, there are three remappable rear-facing buttons that help give you an edge in games like Splatoon and Zelda. It’s wireless, connecting via Bluetooth 5.0, and there’s around 20 hours of battery on offer before it’ll need a top-up via USB-C.

It sports the familiar red and blue branding of the most popular Switch colour option, with highlights not only on the analogue sticks but on the rear triggers too. It may not be a Nintendo-branded product, but it certainly won’t look out of place next to the Switch. 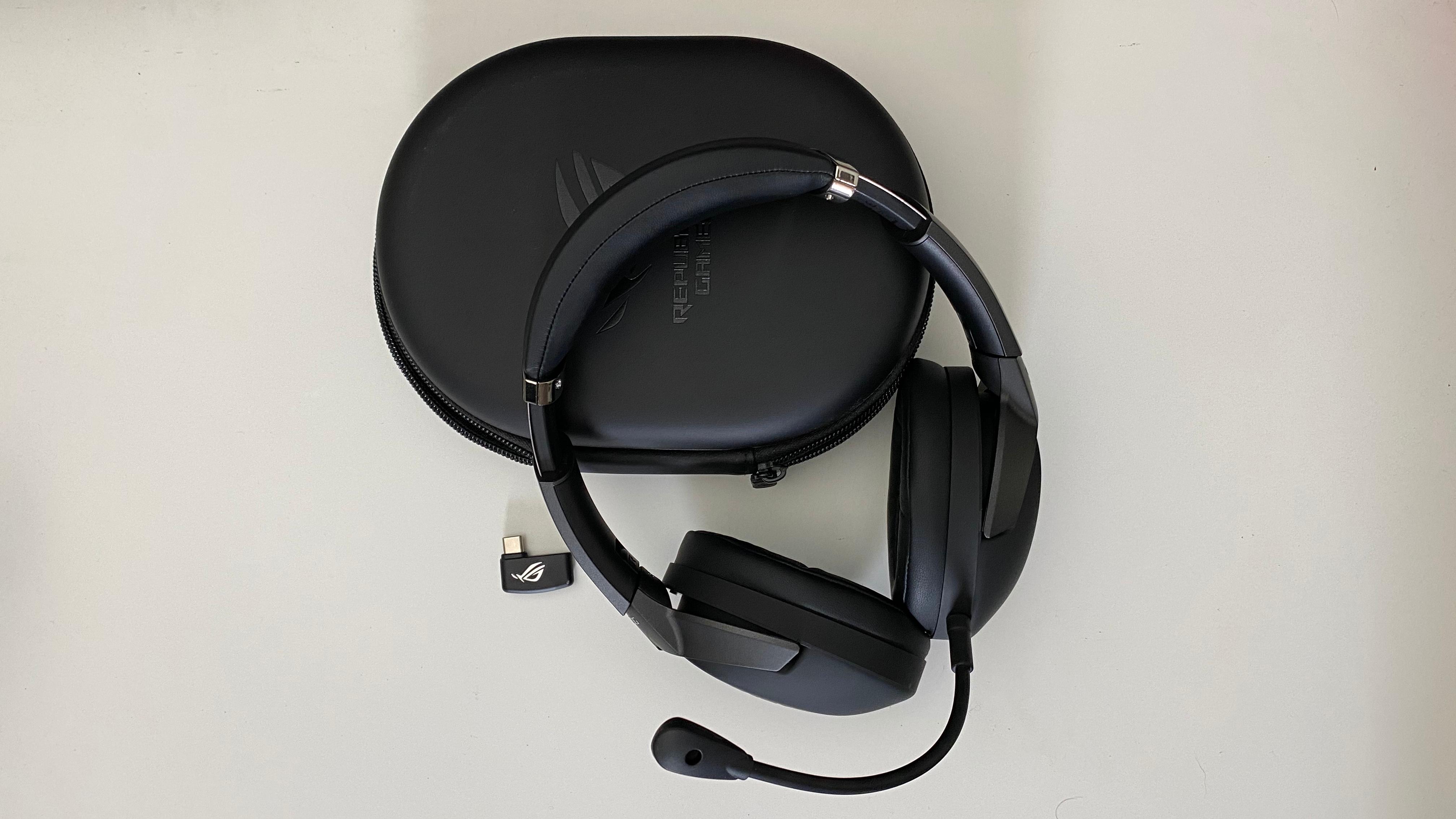 The Asus ROG Strix Go 2.4 is one of very few gaming headsets on the market to offer wireless support for the Nintendo Switch, achieved via a USB-C dongle that plugs into the bottom of the Switch console.

It offers great wireless audio quality that suits both gameplay and casual music listening, making it a great all-rounder, although the lack of Bluetooth means you probably won’t use it with your phone. The inclusion of a USB-A adaptor makes it compatible with most PCs, Macs and PS4, and it’ll probably be compatible with the USB-C enabled PS5 at launch later this year too.

If you want a wireless gaming experience, the ROG Strix Go 2.4 is a decent option. 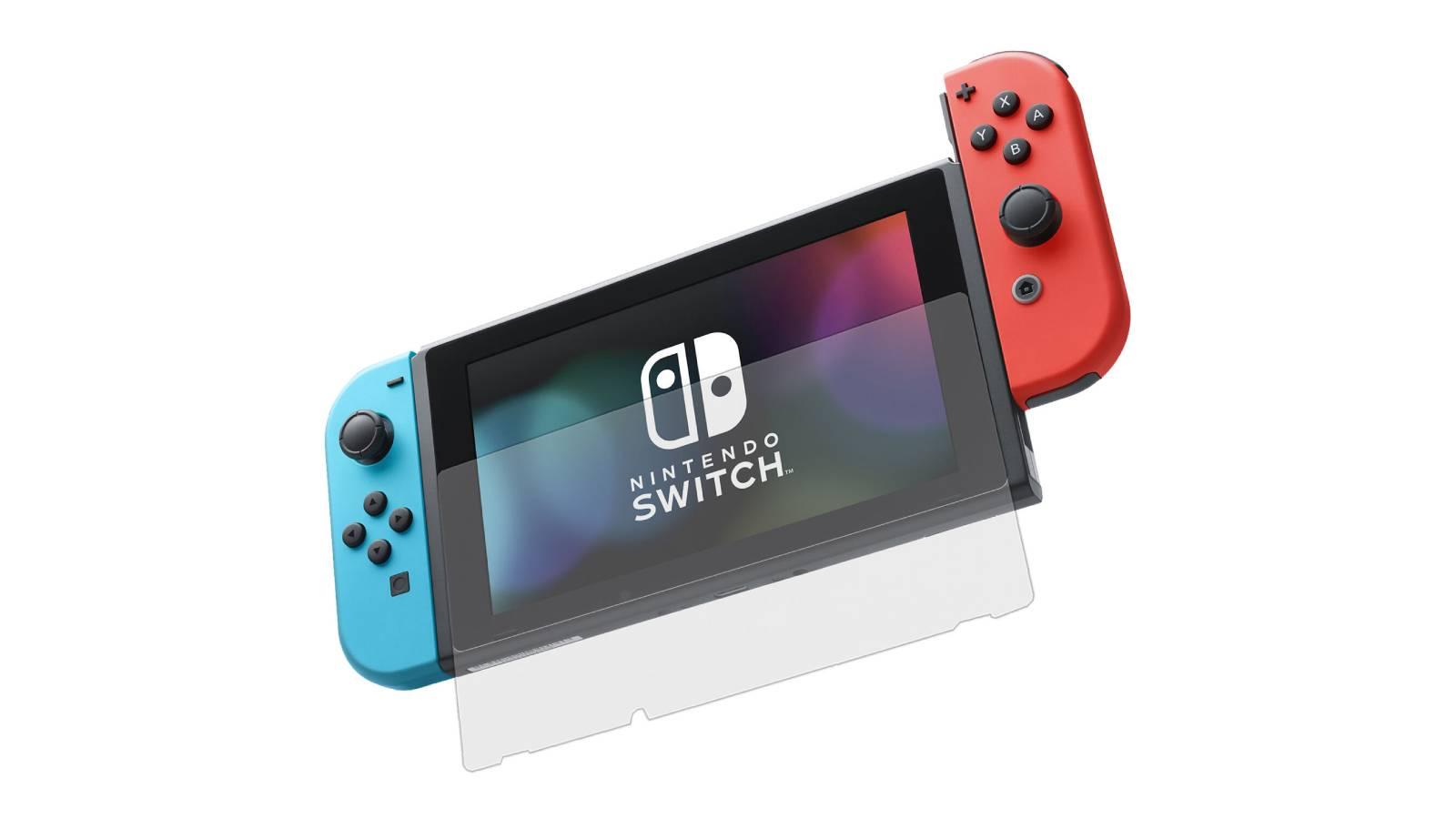 This tempered glass screen protector from Syncwire is the best that we’ve tested so far for the Switch. Plus you get two in a pack, so you’ll have a replacement ready to go if you ever crack this one.

Because it’s tempered glass you can trust that this will protect the display, while its innate rigidity makes it easy to apply without any air bubbles – this went straight on with no problems whatsoever. It doesn’t affect using the touchscreen at all, and in fact the anti-fingerprint coating means this is arguably even an upgrade in that respect.

One thing to note: this is for the original 2017 version of the Switch. It’s too big for the Switch Lite, and while it will sort of fit the Switch OLED, it won’t quite stretch to all the corners and includes some cut-outs for speakers that are unnecessary on the OLED version, which will look a bit odd and leave some small spots unprotected. 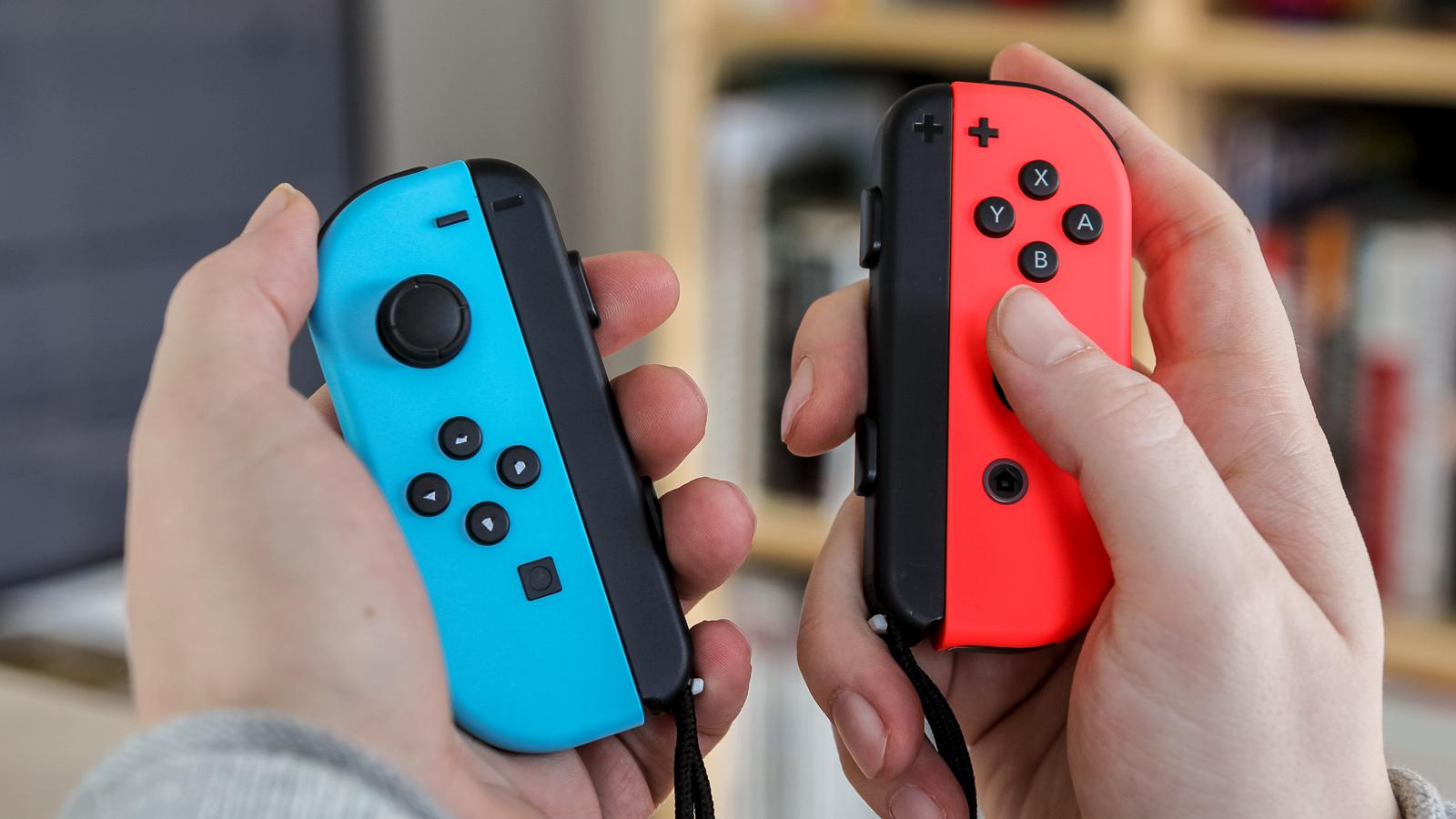 One big advantage that the Switch has over other consoles is that it’s multiplayer-friendly out of the box, as in many games each player can use a single Joy-Con, allowing two people to play without buying extra gamepads.

Still, sometimes you might want to have a few more people round for Mario Kart chaos or might want to enjoy multiplayer for games like Arms that require a pair of Joy-Cons for each player. 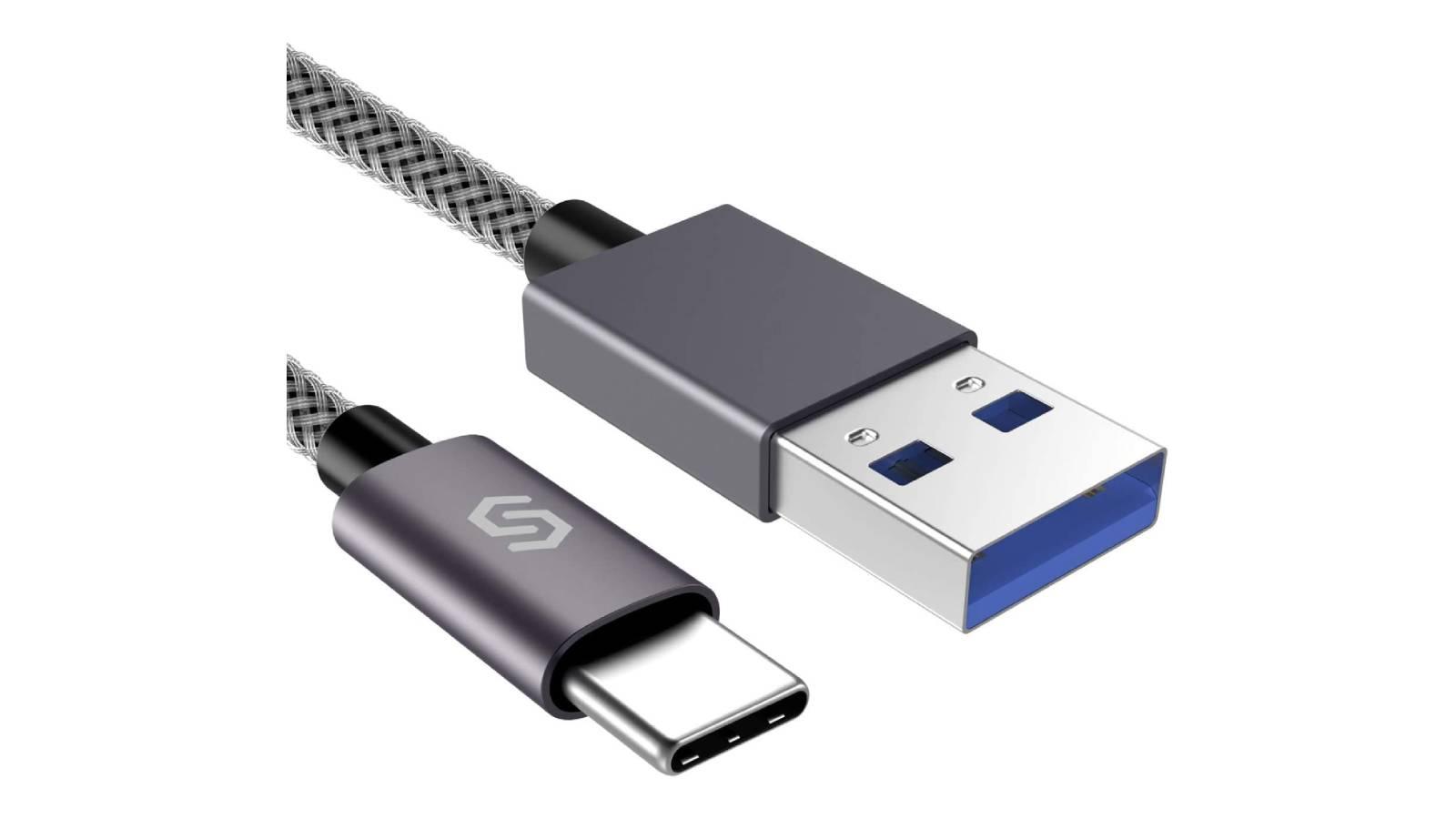 Speaking of charging, you’ll get a lot of benefit from picking up one or two extra USB-C cables. Keep one in your rucksack and one in the office, you’ll be able to charge your Switch anywhere you find a USB port, taking the pressure off the limited battery life.

We’re fans of this rugged nylon-braided cable from Syncwire, which is tough enough to survive getting dragged around in your bag but there are loads on the market. 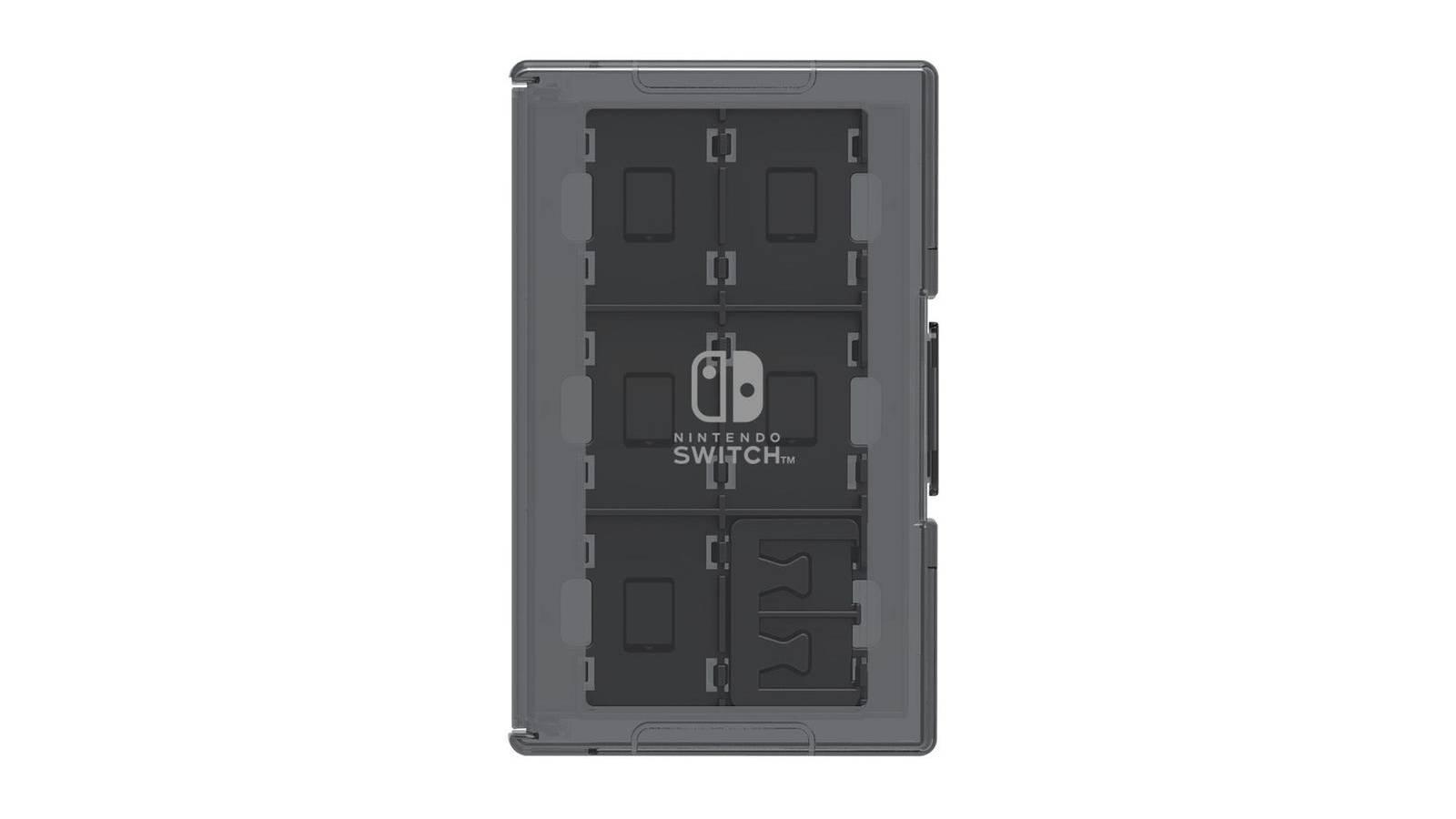 Nintendo has come under some (light) criticism for its game cases for the Switch, which seem distinctly over-sized for the minuscule cartridges. You don’t want to be lugging them around with you, so some more compact cartridge storage might not be a bad idea.

We haven’t had the chance to test it ourselves but Hori’s Nintendo-approved cartridge case looks like a solid bet. It holds up to a whopping 24 Switch carts, along with two microSD cards for downloaded games.

You can get it in clear or black (though, confusingly, even the black version is transparent – it’s just a little darker) and you can’t complain too much about the price. 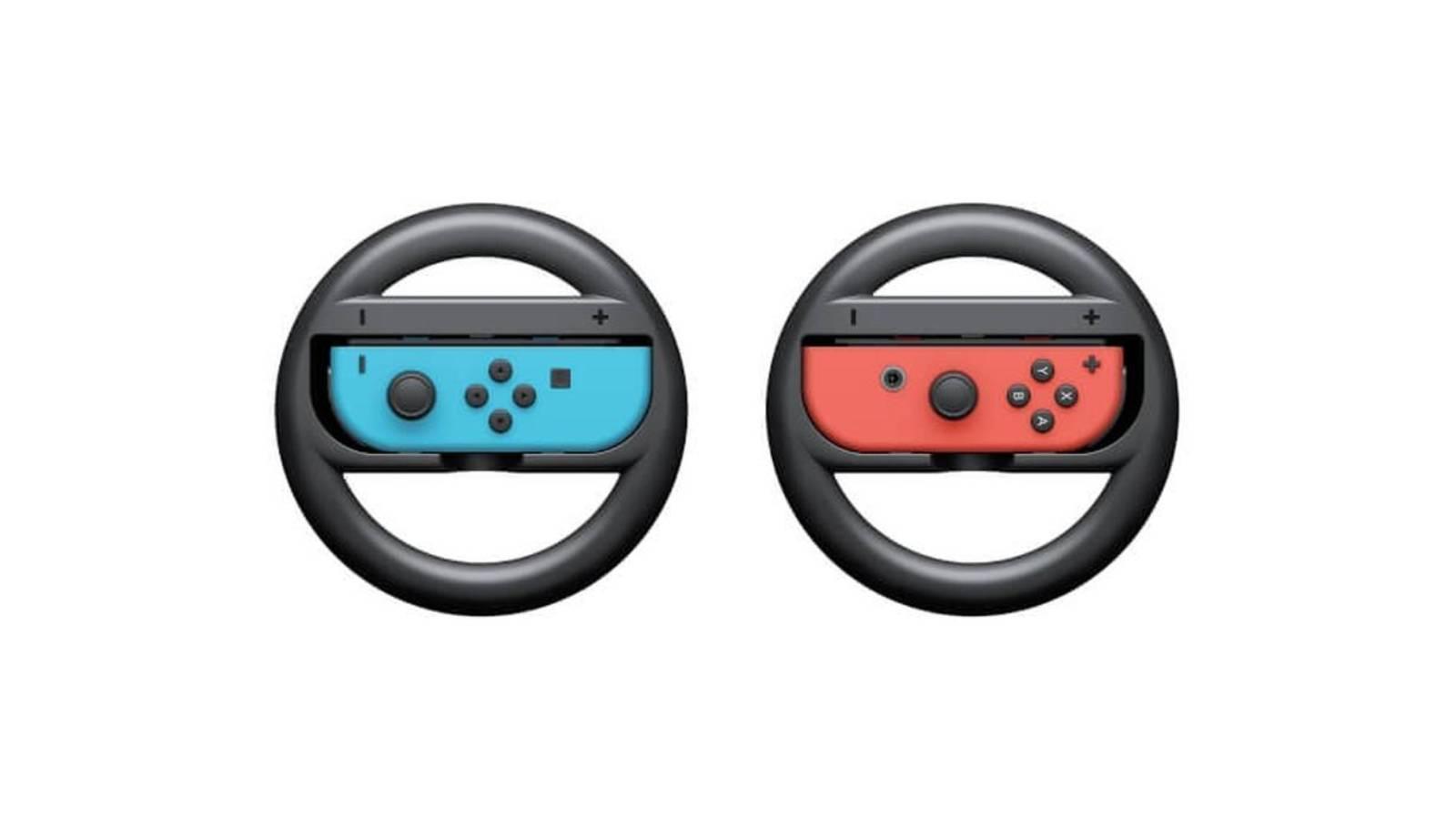 More of a luxury than a necessity, you might still want to consider picking up a pair of Nintendo’s official Joy-Con Wheels.

Released to coincide with the release of Mario Kart 8: Deluxe Edition, these are essentially just plastic wheels and anyone who was burned by the similar steering wheel accessory for the Wii might be tempted to steer clear.

We’d recommend giving them a second look though. They’re small enough to be portable but big enough to be much more comfortable to hold than a Joy-Con on its own, especially thanks to the larger shoulder buttons – essential for any serious Karter.

Even better, you get two of them in a pack, and they don’t cost much, so it’s a small investment for a big upgrade if you expect to play a lot of Mario Kart or other racing games. 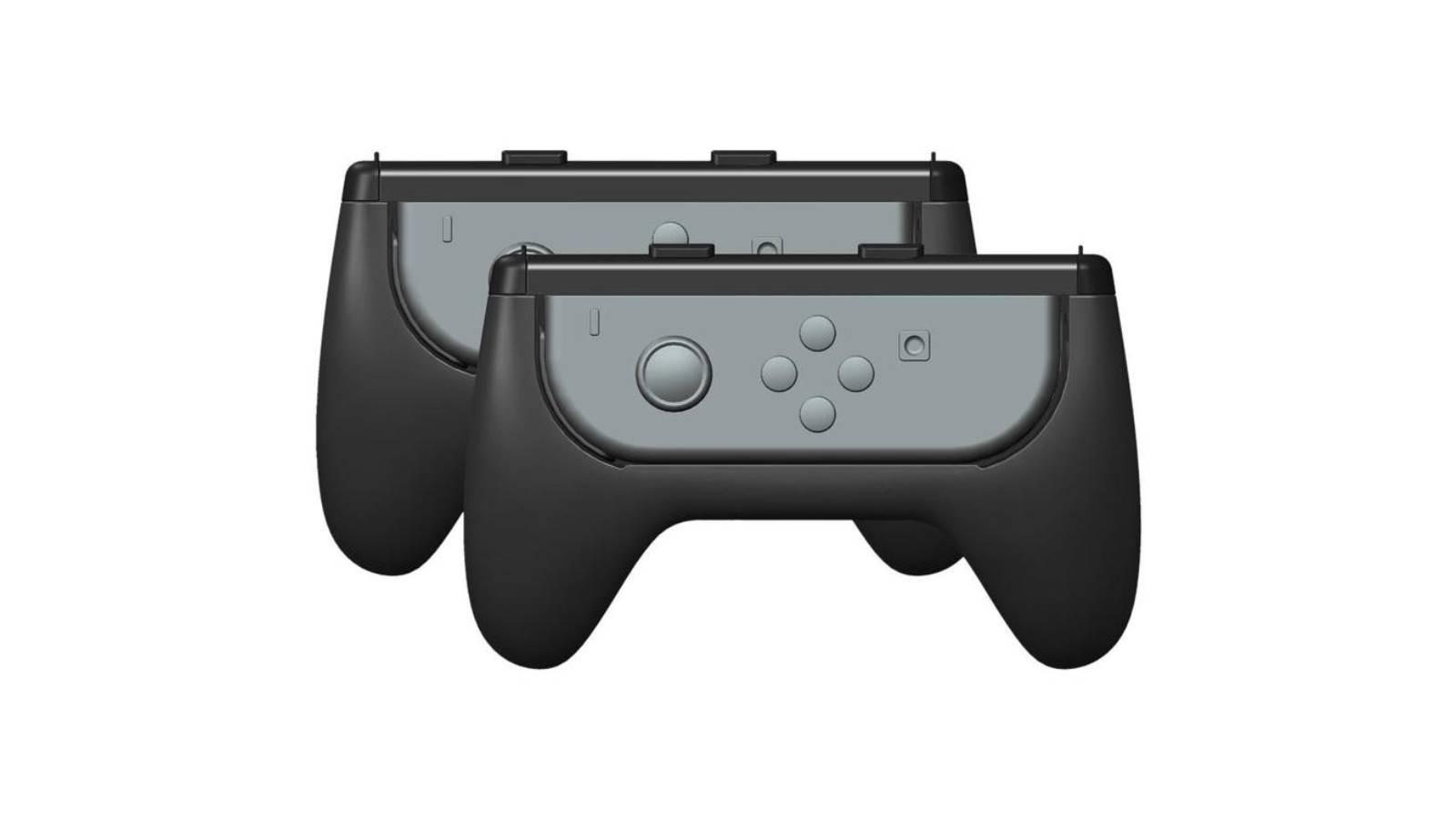 Gioteck’s Duo Grips do essentially the same thing as Nintendo’s Joy-Con Wheels, but offer a traditional controller shape instead of a steering wheel.

You slot a Joy-Con into the middle of the plastic casing, which then locks into place, giving you larger hand grips and shoulder buttons for games that use a single Joy-Con per player.

While the Duo Grip is more comfortable than using a Joy-Con on its own, it’s worth clarifying that this is still not quite the same experience as a typical controller – the pad is still relatively thin and narrow, and in a way the design exacerbates the Joy-Con’s awkward button placement.

Still, it’s an inexpensive way to get at least a minor improvement on the single Joy-Con setup.