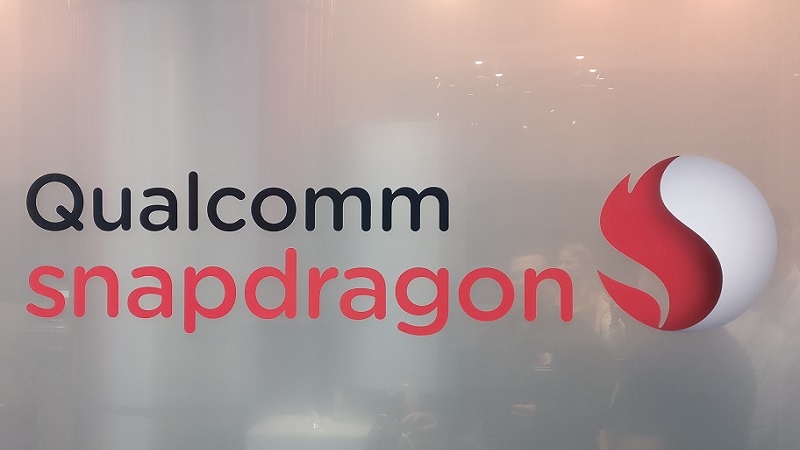 We probably all take the tiny chip inside our gadgets like smartphones for granted, but what actually goes into making and testing a modern processor and the other tech that goes with it? PC Advisor was fortunate enough to be given a tour of some of the many labs at Qualcomm’s headquarters in San Diego and here’s what we found. Also see: Windows 10 is coming to Snapdragon 835.

Our behind the scenes tour of Qualcomm’s campus in southern California might have been limited to just a few rooms in the many buildings but it’s not something the tech giant has ever done before.

Qualcomm predominantly makes processors, although it’s now calling them Mobile Platforms instead. However, that’s not all the company looks at on site as you’ll see.

If you’ve ever wondered what some of these tech intellects get up to behind closed doors then this is your chance. 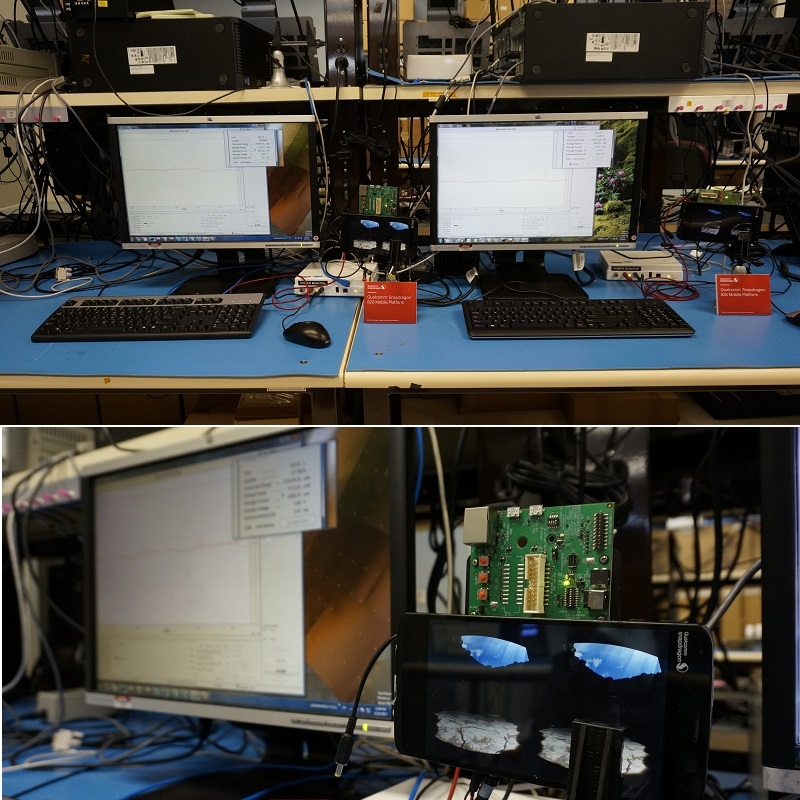 Our tour stared off in Qualcomm’s power lab where everything is about Watts and Amps. Johnny John, director of product management told us that power is a ‘key metric’ for the company as, of course, it relates to battery life – one of the top requested features from consumers when it comes to devices like smartphones.

The set up you in the photos uses a Monsoon device to measure the power usage of a given chip. Qualcomm uses more advanced pieces of kit but we weren’t allowed to photograph them. Nevertheless, engineers like Johnny run tests to see how much power a processor requires to perform them.

The guys in the power lab will also be looking at other things such as temperature as any processor will consume more power for the same task when it’s hotter. Working with other departments, the idea is to produce the most efficient chip possible while offering the performance consumers expect. 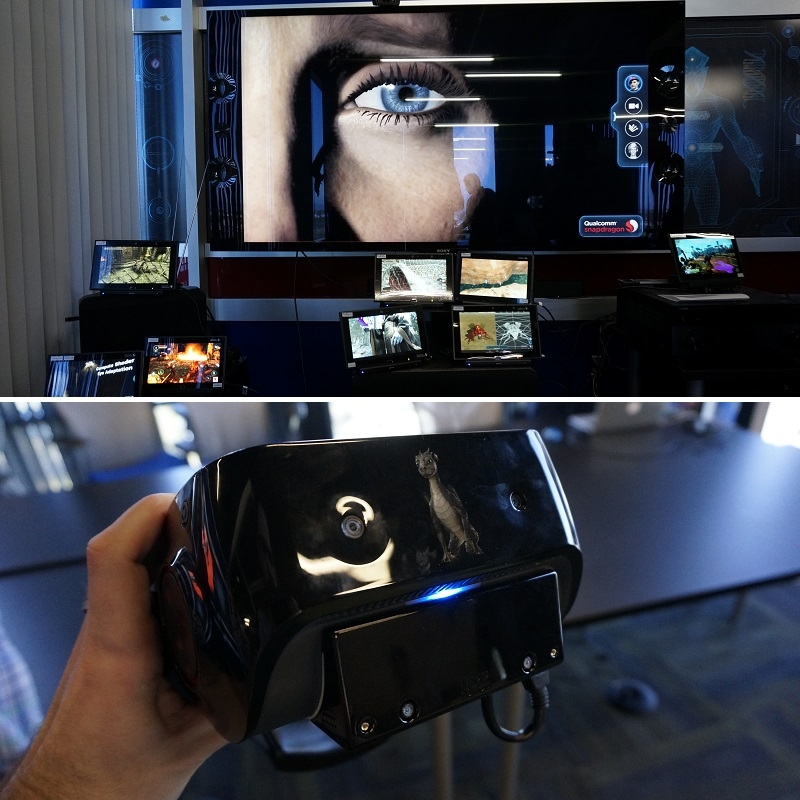 While the power lab is all circuit boards and wires, the advanced content lab is quite the opposite. It’s arguably the coolest room on campus and we don’t mean it has better air conditioning. Aside from almost endless Qualcomm reference design tablets and a 3D printer tucked in the corner, it’s got a huge Alien warrior statue.

Aside from getting to play games on the latest gadgets all day while printing 3D models of their favourite characters, the guys are in charge of outreach. This includes liaising with some of the biggest companies in the games and film industry, making sure they have everything they need to make content work on Qualcomm technology. They also deal with developer tools such as the Snapdragon Profiler which helps developers do things like debug by presenting data coming off the chip in a neat visual way.

We were able to try demo units of VR headsets where, for example, cameras enable you to walk around in the space without additional trackers. Another (pictured) had a Leap Motion attached so you can manipulate virtual objects without wearing gloves filled with tech. We, and others, had almost endless fun creating and throwing around virtual cubes. 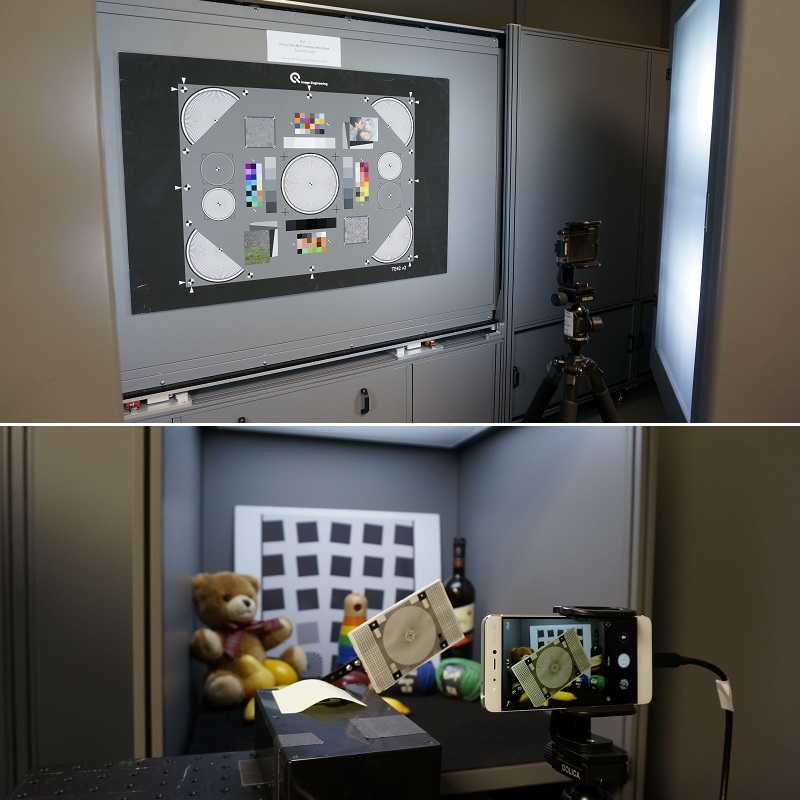 Camera technology is high up the list for almost every consumer out there, especially in the social media age. That means it’s no different for Qualcomm and the Spectra image signal processing module of the Snapdragon 835 has an impact on the photos and videos you can get from a device.

To this end, Qualcomm has a $0.5m camera lab with which to test, cameras. Qualcomm told us it will do a certain amount of tuning, then its OEM (original equipment manufacturer) partners can decide whether to do more – many, we’re told, will make tweaks for different markets which is interesting.

What you can see in the pictures is an extremely advanced lighting system where Qualcomm can precisely adjust things like brightness and colour temperature to see how devices cope. The firm also has an automated setup which forces a device to repeatedly changing focus and capture images.