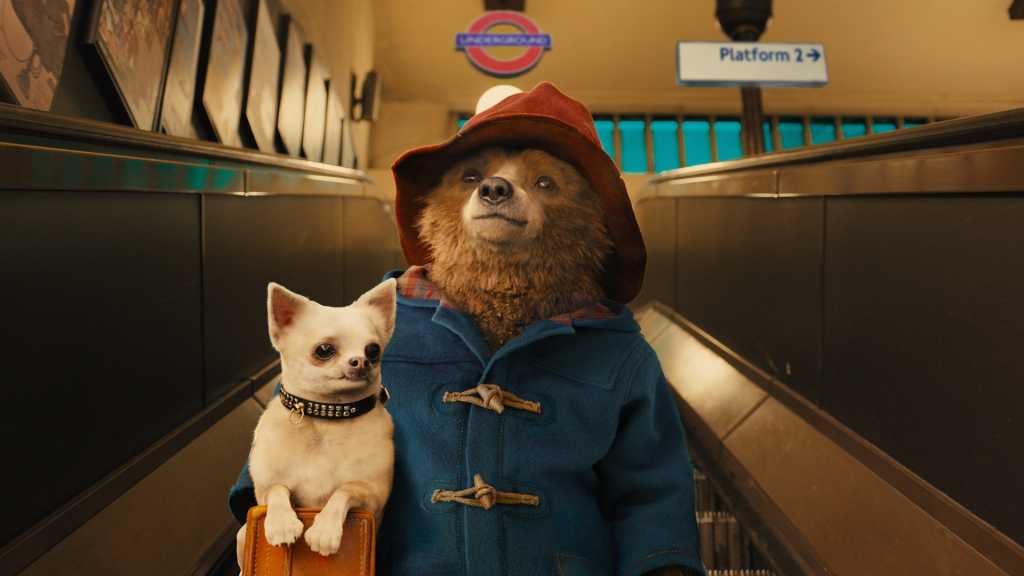 Kids movies can be a bit of an ordeal for adults, from squealing, high-pitched actors to frustratingly simple plots. It doesn’t have to be that way though, and there are plenty of films out there that are equally entertaining little kids and big kids alike.

These films cover both animation and live-action, and run from the ‘50s right up to the last few years. The only thing they all have in common is that they’re some of the best family movies we can think of. No doubt we’ve missed plenty – and probably a few of your favourites – so let us know in the comments what should have made the cut.

Picking a favourite Disney animation is fraught with risk – surprisingly enough, people tend to have pretty strong opinions about their childhood favourites. For one, there are generational gaps – with 80 years of films, everyone grew up with a different selection. Then there’s the question of whether you prefer musical or non-musical, animal-themed or princess-based – and that’s not even touching on the recent run of live-action remakes.

Still, if there’s any film that most people seem to agree is one of the greats, it’s The Jungle Book. It was made in 1967, so loads of people have had the chance to grow up with it. It has a few songs – including some utter classics – but never gives way into out-and-out show tunes. Oh, and there aren’t any princesses, so even the stubbornest ‘I don’t like girly stuff’ types should be able to enjoy it.

Obviously a lot of The Jungle Book’s charm comes down to Baloo (surely Disney’s most huggable character yet?), but don’t forget the long suffering Bagheera, the effortlessly evil Shere Khan, or the Liverpudlian vultures – a not-so-subtle nod to The Beatles. So whatever your personal Disney favourite, maybe you should forget about your worries and your strife, and the bare necessities of life will come to you. 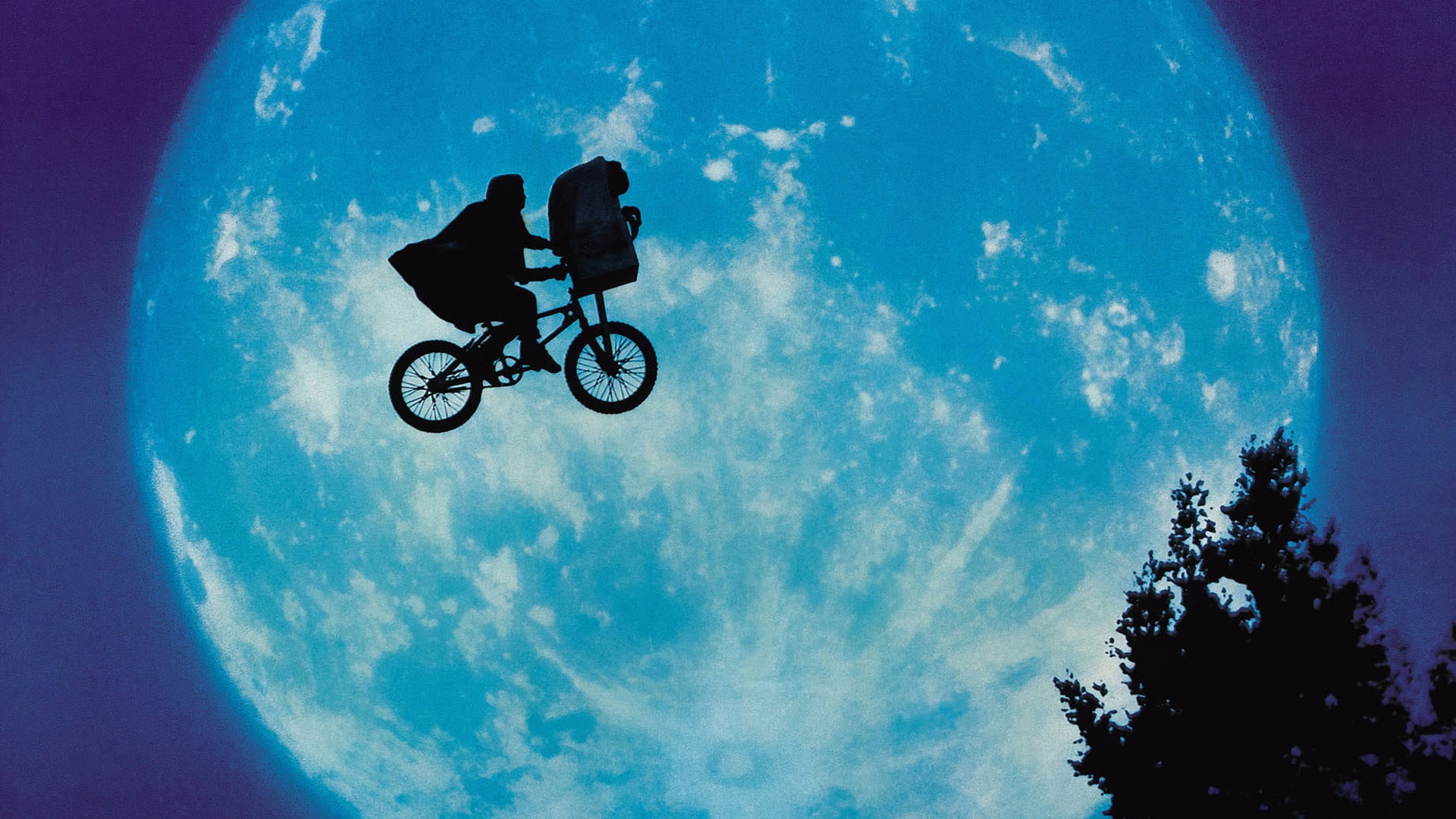 Have you ever said you were going to phone home and not thought of a glowing, knobbly alien finger? Not since 1982 you haven’t, when E.T the Extra-Terrestrial lodged itself firmly in the public consciousness.

Steven Spielberg’s beloved film has had untold influence over the years – all the way to Netflix’s Stranger Things – and it’s really hard not to fall for its motley gang of kids, or the alien they’re trying to help get back home. Speaking of E.T. himself, he’s still a fantastic bit of creature design, both remarkably ugly and undeniably adorable, helped in large part by some brilliant practical effects.

Spielberg has often faced criticism for being over-sentimental in his films, but in E.T. that sentiment never feels unearned. It’s funny, sweet, and totally heartwarming. Just make sure you don’t watch the Special Edition, which added in a CGI E.T. and swapped the government agents’ guns for walkie-talkies – even Spielberg himself later admitted that was a mistake. 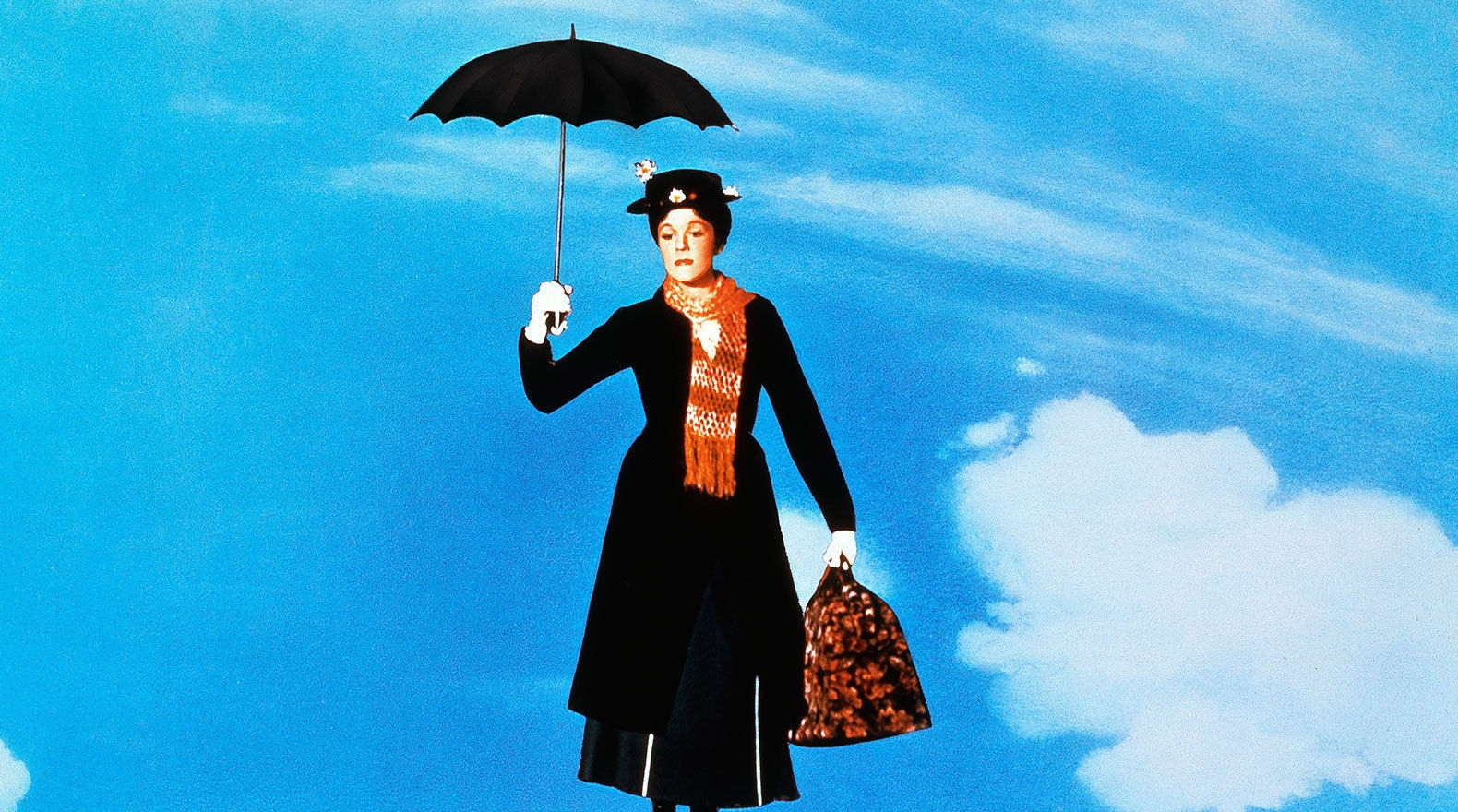 Some films stand the test of time – and still going strong after more than 50 years, it’s pretty clear that Mary Poppins is one of them. It remains one of the most famous and iconic family films ever made, introduced all of us to ‘supercalifragilisticexpialidocious’, and somehow even survives Dick Van Dyke’s godawful cockney accent.

And it really is awful – there’s a reason it’s gone down in history as the worst British accent of all time. No-one from the East End, or anywhere in the UK for that matter, has ever sounded like Dick Van Dyke does in this film. Though to give the poor guy some credit, it’s hardly his fault – he’s since admitted that his accent coach for the film was Irish and couldn’t do cockney any better than he could.

Leaving poor Dick alone for a bit, Julie Andrews is obviously brilliant as the titular magical nanny, the songs are all great fun (now you’re humming ‘A Spoonful of Sugar’ in your head, sorry about that), and the whole film is bright, vibrant, and colourful. They don’t make ‘em like this any more – at least not until 2018’s Mary Poppins Returns. 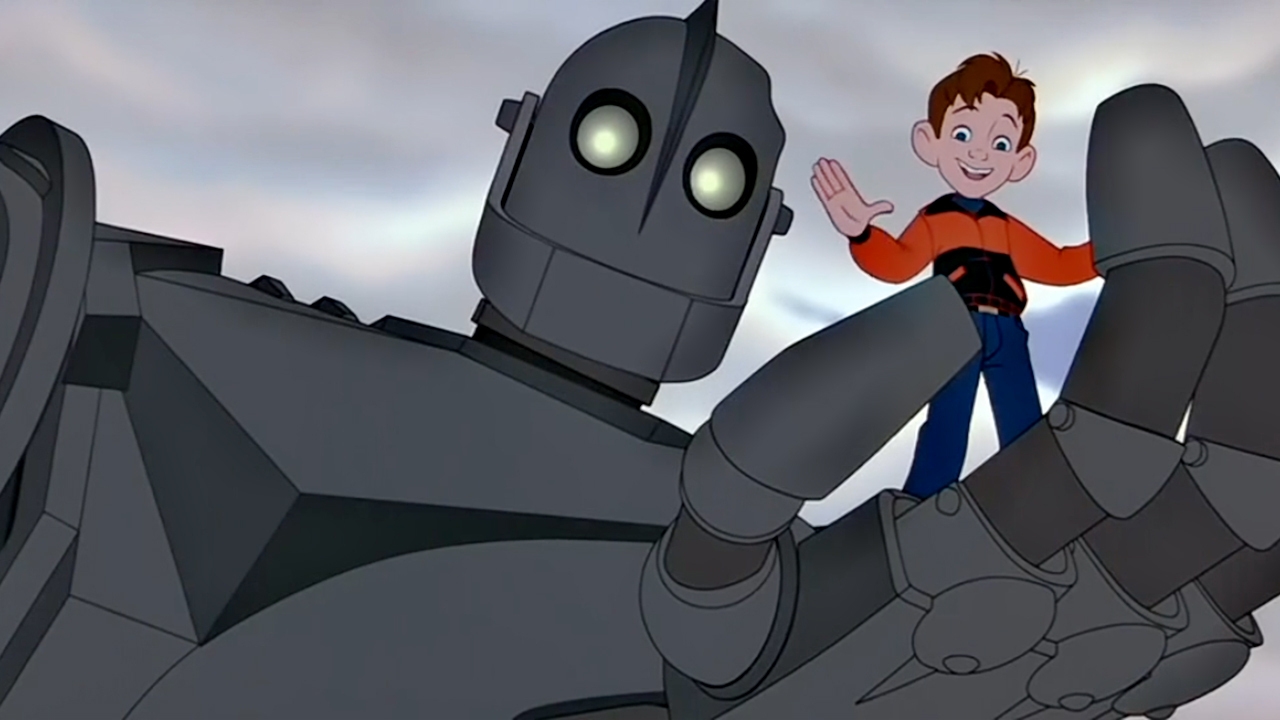 Don’t watch the Iron Giant unless you’re prepared for ‘Superman’ to become a trigger word, able to reduce you to sobbing tears without warning. That’s because the directorial debut of Brad Bird – who later went on to make a couple little Pixar films called The Incredibles and Ratatouille – is really, really heartbreaking.

It follows a young boy named Hogarth who befriends a giant alien robot, and has to somehow hide and protect it from a paranoid government agent who wants it destroyed at all costs. It’s tense, funny, and sweet, and builds brilliantly up to a finale that was have been designed in a lab specifically to bring grown men to tears.

Best of all, the Iron Giant itself is voiced by Vin Diesel, who packs a massive emotional punch into every fragment of broken English he utters. Don’t believe us? This is the same guy who found fifty different ways to say ‘groot’ in Guardians of the Galaxy. He knows what he’s doing. 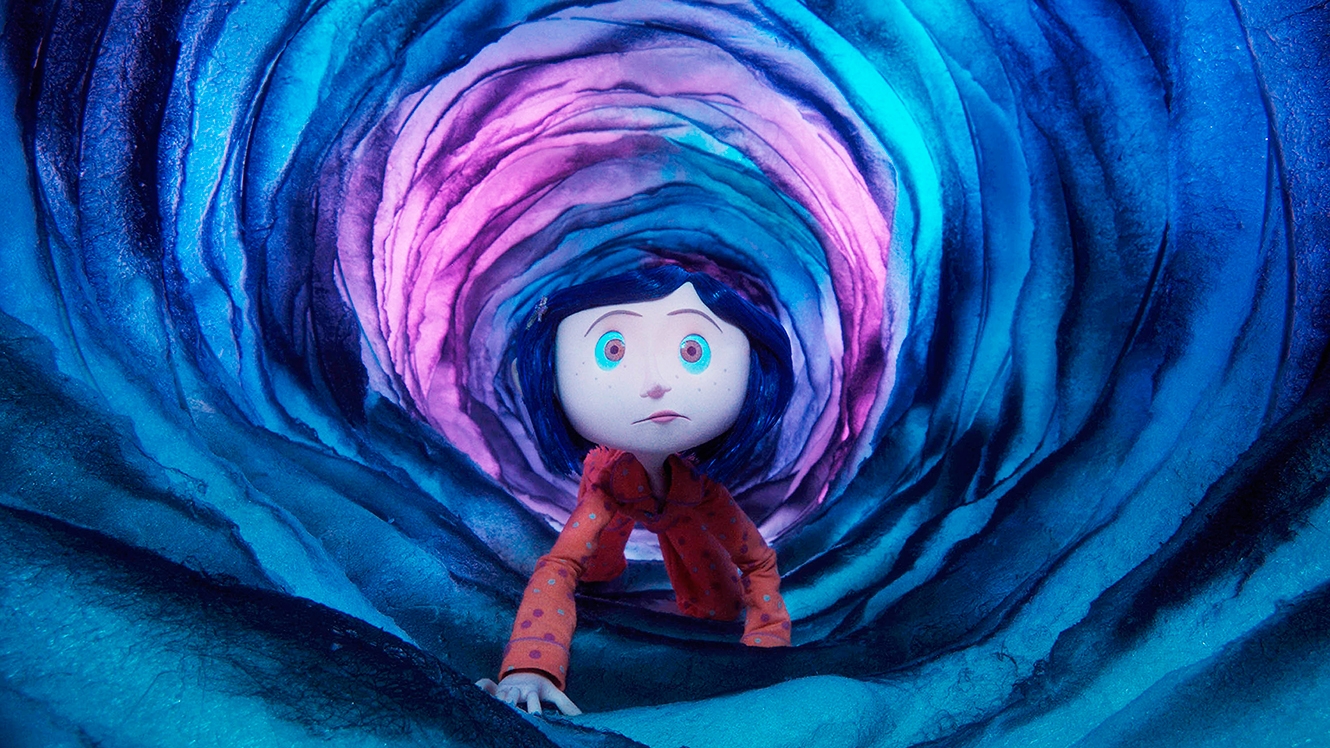 Think kids’ films can’t be scary? Go watch Coraline and then try and tell us that. This adaptation of Neil Gaiman’s novel tells the unsettling tale of a young girl who finds a portal away from her mundane life to a world with magical, wonderful parents who can give her everything she’s ever wanted – as long as she lets them replace her eyes with buttons. Yikes.

This stop-motion animation comes from director Henry Selick – best known for The Nightmare Before Christmas and James and the Giant Peach – and is packed with rich, unforgettable characters and some really inventive design.

It’s also a lot of fun when it’s not trying to be scary, and the frights are positioned just right for kids to enjoy and understand without giving them nightmares for weeks. This is one of the most inventive family movies in years – and if you love it, the book’s really great too, if you’re into that sort of thing. 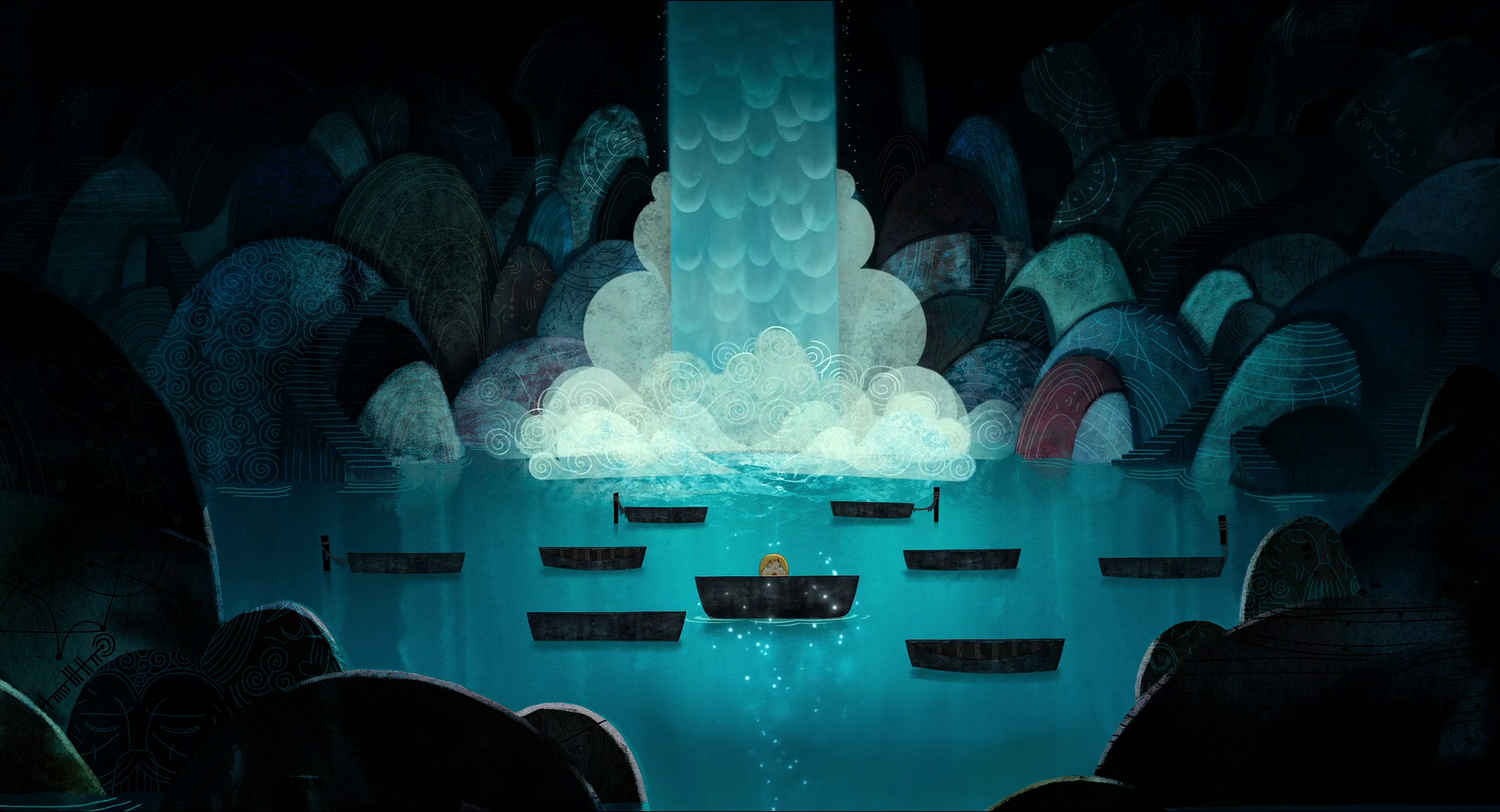 When you think of animated films, your mind likely wanders straight to either Disney or the anime output of Japan’s Studio Ghibli. Spare a thought then for Ireland’s Cartoon Saloon, responsible for the critically acclaimed The Secret of Kells and Song of the Sea.

It’s the latter that makes it onto our list, thanks to the one-two combo of stunning animation and a truly touching story. Ben and Saoirse are two siblings who leave their fathers isolated lighthouse and go on an adventure to help save Ireland’s faeries, and the spirit world with them.

This is a distinctly Irish film, worlds away from its American and Japanese counterparts. The storybook animation recalls old celtic illustrations, while the story and world are a fascinating exploration of Irish mythology and the fae. It’s beautiful filmmaking in every sense, and a must-watch no matter your age. 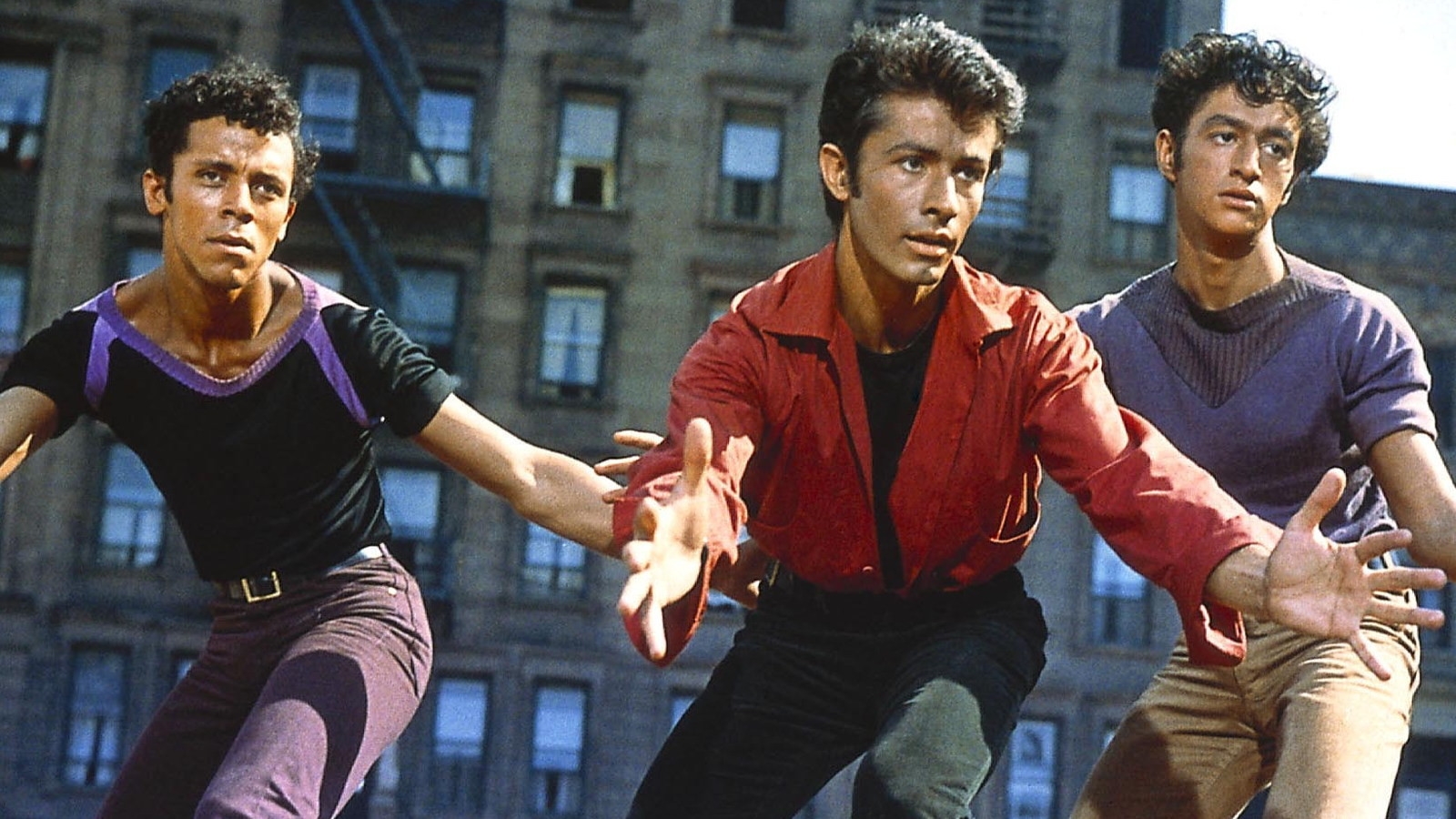 Shakespeare: The Musical might sound like the punchline to a bad joke, but that’s essentially what West Side Story is. This classic ‘60s musical takes Romeo and Juliet and transposes it to New York, replacing warring families with warring gangs, and sonnets with songs – and entirely dropping the Shakespearean English along the way.

It works much better than it has any right to, pairing sociopolitical commentary on class and immigration in America with some really banging tunes – it was basically Hamilton before Hamilton. The rival gangs are the white American Jets and the Puerto Rican Sharks, and the film makes a lot of the racial tension that dominated the city at the time.

The plot is… well, it’s Romeo and Juliet, hopefully we don’t have to explain what happens. The real appeal here is the brilliant soundtrack though, by musical legends Leonard Bernstein and Stephen Sondheim. It’s a big part of how West Side Story makes Romeo and Juliet more accessible – and downright fun – that it’s ever been before or since.

Best kids movies: Back to the Future 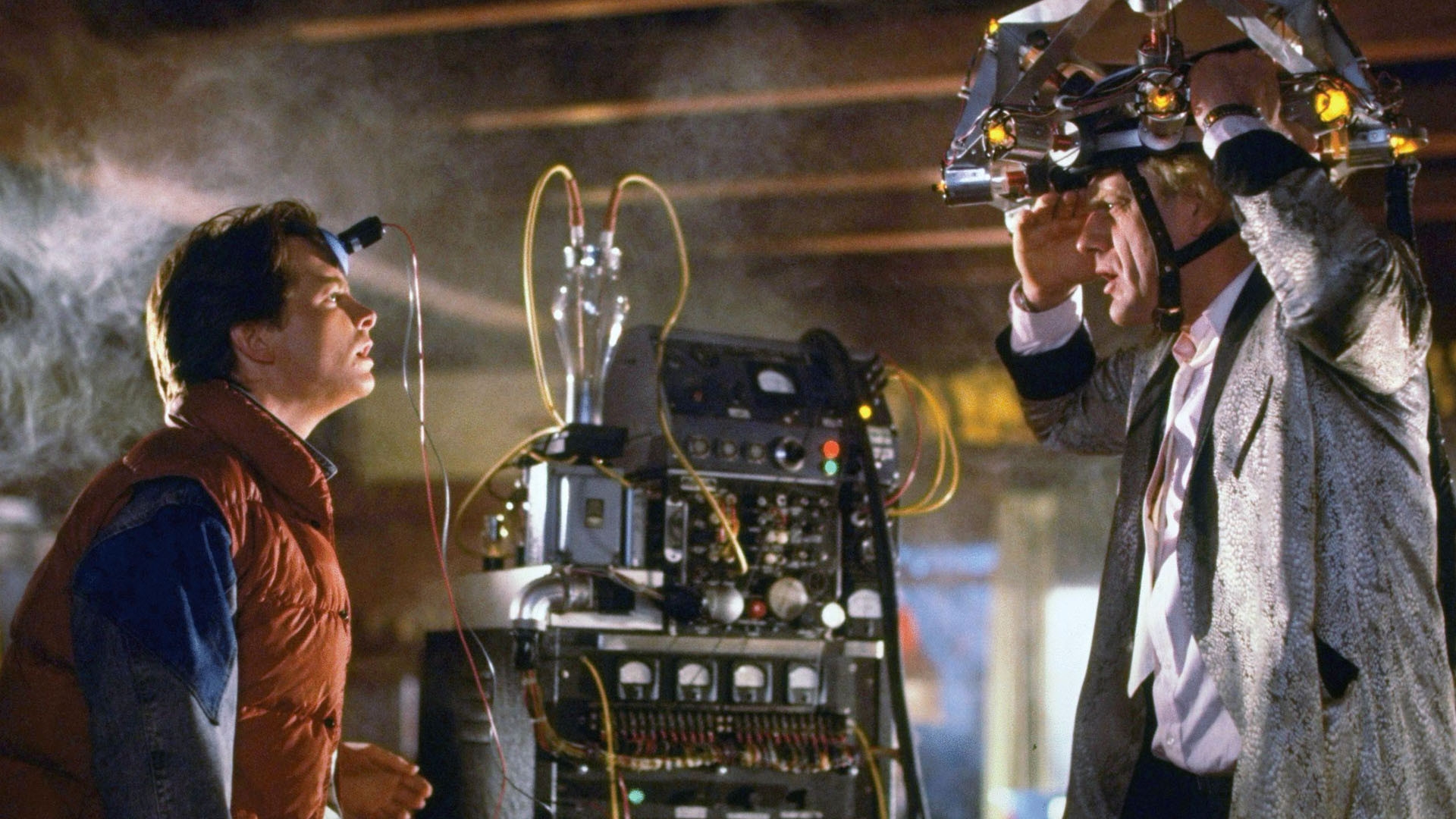 There aren’t many films that feature a mother trying to seduce her own son and still claim to be family-friendly, but then Back to the Future has always been a bit of a special case. This ‘80s classic sees teenager Marty McFly travel back in time to the ‘50s, where he accidentally gets in the way of his parents falling in love, and must work to get them together for the sake of saving his own existence.

The film revels in its recreation of ‘50s small town America, while having plenty of fun with the country’s changing culture and slang. Central to that is Christopher Lloyd’s Doc Brown, Marty’s main point of contact in the past, and essentially the epitome of the wacky mad scientist trope.

Above all, the main thing that Back to the Future has going for it is an irrepressible sense of fun, which is what allows it to occasionally tackle some heavy subject matter without ever distracting from the rest of the film. It’s also the opening part of one of cinema’s all-time best trilogies, so there’s more to watch when you’re done. 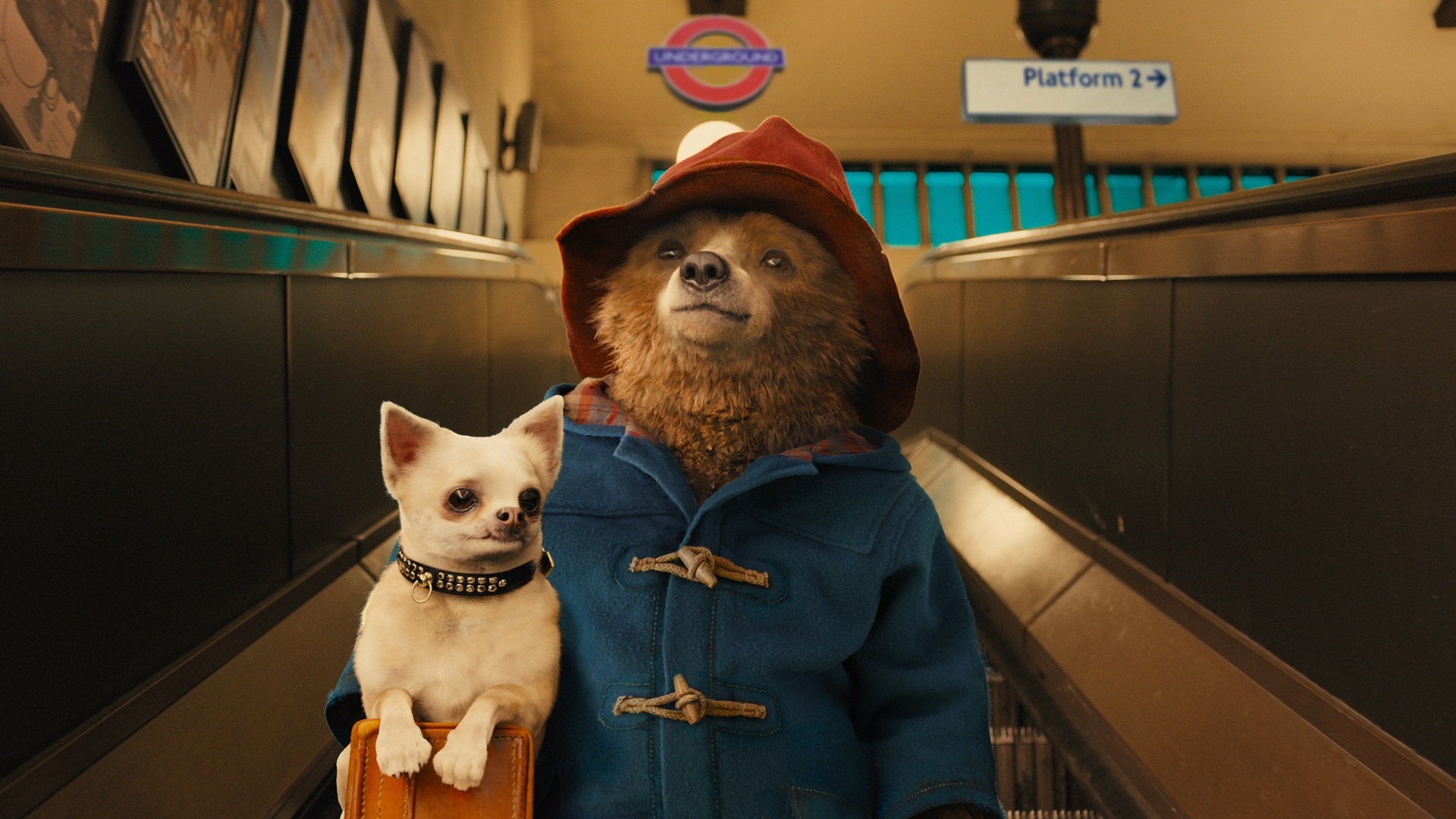 It’s always a tricky thing reviving cultural institutions for the modern era, and even trickier when they’re beloved parts of generations of childhoods. That’s why it was such a welcome surprise when 2014’s Paddington came along, and turned out to be absolutely, irrepressibly lovely.

Ben Whishaw is the bear from deepest, darkest Peru, who travels to London and is taken in by a (mostly) welcoming family as he sets about finding himself a new home. As witty as it is heartwarming, Paddington is packed with clever visual gags – the London Underground escalator sequence will please any grammar nerds who’ve ever chuckled at the ‘dogs must be carried’ signs.

Perhaps most comforting of all is the film’s celebration of diversity and inclusion, highlighting Paddington’s status as an immigrant and arguing that it’s little bears like him that make London what it is today – a pretty bold line for a kids film to take. It also means the upcoming sequels will likely be one of the first films to have its plot directly shaped by Brexit. 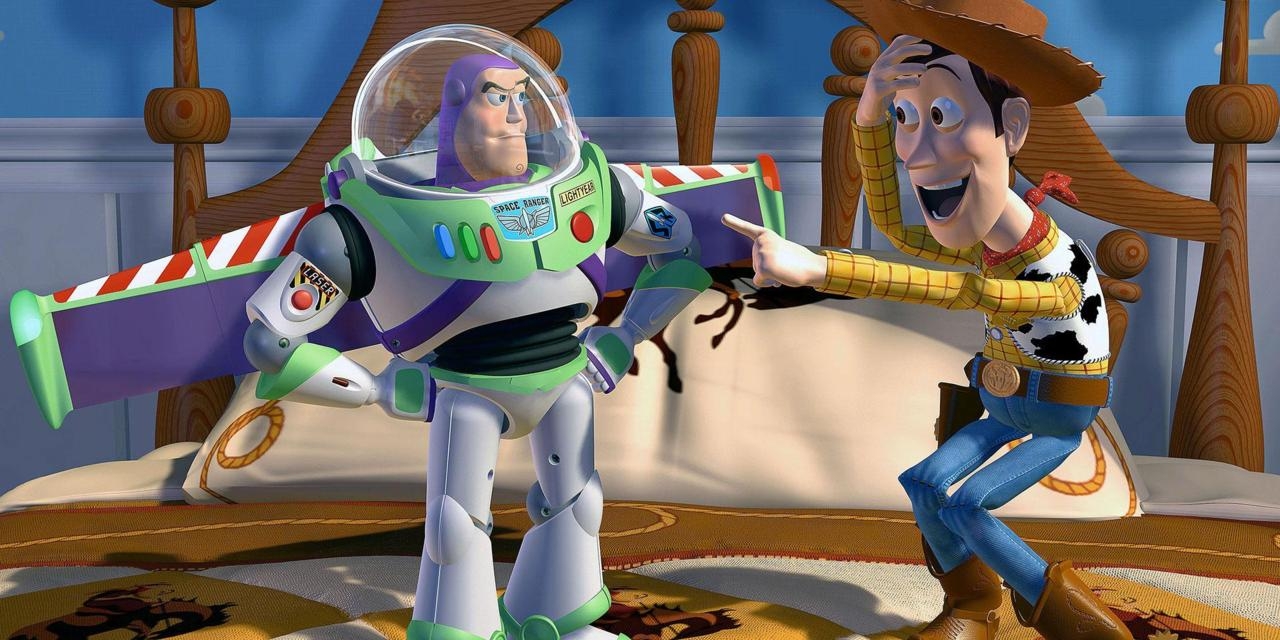 What, you didn’t think we’d somehow make it to the end of this list without mentioning a Pixar film, did you? Truth be told, we had to resist the urge not to make all ten entries Pixar movies, but if we’re having to settle for one we’ll go back to where it all began: 1995’s Toy Story.

Sure, it’s not necessarily Pixar’s best – their storytelling craft has improved just as much as their animation over the last 20+ years – but it’s a great demonstration of everything you can expect from the animation giant’s finest.

Still, while we’re at it, it’s hardly the only Pixar you should track down. Both other Toy Story films are phenomenal, as are The Incredibles and Finding Nemo, while WALL-E, Up, and Inside Out show off the company’s work at its imaginative best.